Three steps to teach you, how to choose leading stocks

Many investors are keen on hyping themes. Faced with a large amount of information on themes every day, many people's question is which sectors will go up? Can't keep chasing? Which is the faucet?

The following will give you a detailed analysis of how to choose leading stocks in the process of participating in the theme speculation!

The formation principle of one dragon and two dragons

The theme of multiple heads refers to one theme When the concept was detonated, the concept stocks involved showed the phenomenon that no less than one stock led the rise. The intuitive appearance of the disk was that multiple concept stocks led the market, followed by a group of follower stocks. Why does this happen? An appealing theme, public offerings, private placements, and hot money all want a piece of the pie, so they can only be divided.

The theme concept was After the market is detonated, institutions, hot money, and big players will each occupy their own positions and raise their own leaders, while similar concept stocks that have not been paid attention to by funds will follow their own leaders and become follower stocks. of the rising situation.

How to identify leading stocks

When a theme just detonates the market, it involves concepts Stocks tend to go up by the daily limit collectively, and the leader is the first to close the board and stand still when the market falls. In the next few trading days, when the concept stocks begin to diverge, the leader continues to rise, and the follower stocks begin to fall.

In the differentiation stage, those stocks supported by institutions, hot money, and big players will continue to rise and evolve into leaders. The rise only needs an excuse. As long as the subject matter has not been falsified, the excuse will always exist, even if Pulling up can also attract followers. 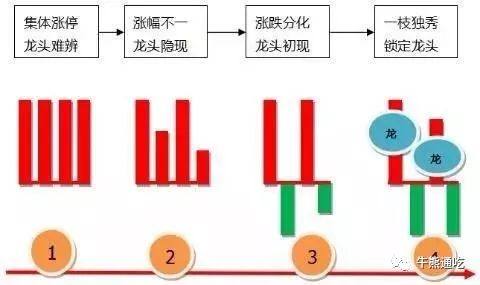 (Additional: a theme The outbreak is often sudden, and the main players of some themes cannot be predicted in advance, resulting in the lack of advance allocation of funds, or only one of the participants such as institutions, large households, and villages has made the layout, which leads to the phenomenon that there is only one leader in the hype of the theme.

Some themes have no leader, and everyone is not prepared. As soon as the news comes out, retail investors flock to it. After a few days, the theme is forgotten by the market and the hype is over.)

How to choose leading stocks

Before a theme is about to break out, if you dive into leading stocks, the benefits will be considerable , and even the performance of a leading stock can achieve the current year's income target, and the most possible potential leading stock is a beautiful vision for investors of each theme. Leading stocks generally have three characteristics:

In the top ten tradable stocks, institutions must not get together. It will be more difficult for stocks to rise up. There are many institutions, and there will be large differences in the way of rising. It is difficult to twist into one force and form a joint force.

3) The relationship between business and subject matter of leading companies is generally "simple and rude".

For example: Fangda Carbon (the word "carbon" is literally meaningless) when the graphene theme is hyped