What is the reason for the sharp decline in leading stocks this week? How's the market going next week?

Release Time:2022-06-16 Topic:leading stock Reading：65 Navigation：Stock Liao information > Finance > Fund > What is the reason for the sharp decline in leading stocks this week? How's the market going next week? phone-reading

Yesterday I told you about why stocks go up and down?

If you haven't seen it, I suggest you go back and watch it again.

"Why Do Stocks Go Up and Down"

Today , I will continue the last part of yesterday's article.

Where is the bull market heading under the current circumstances?

A very strange situation occurred in the two trading days after the Spring Festival,

It's beyond everyone's expectations,

Today, I'm going to share with you my opinion.

In the past two days, blue-chip stocks fell and small-cap stocks rose.

Moutai crashed 5%, and Midea Electric once approached the limit.

While small and mid-cap stocks rose across the board. 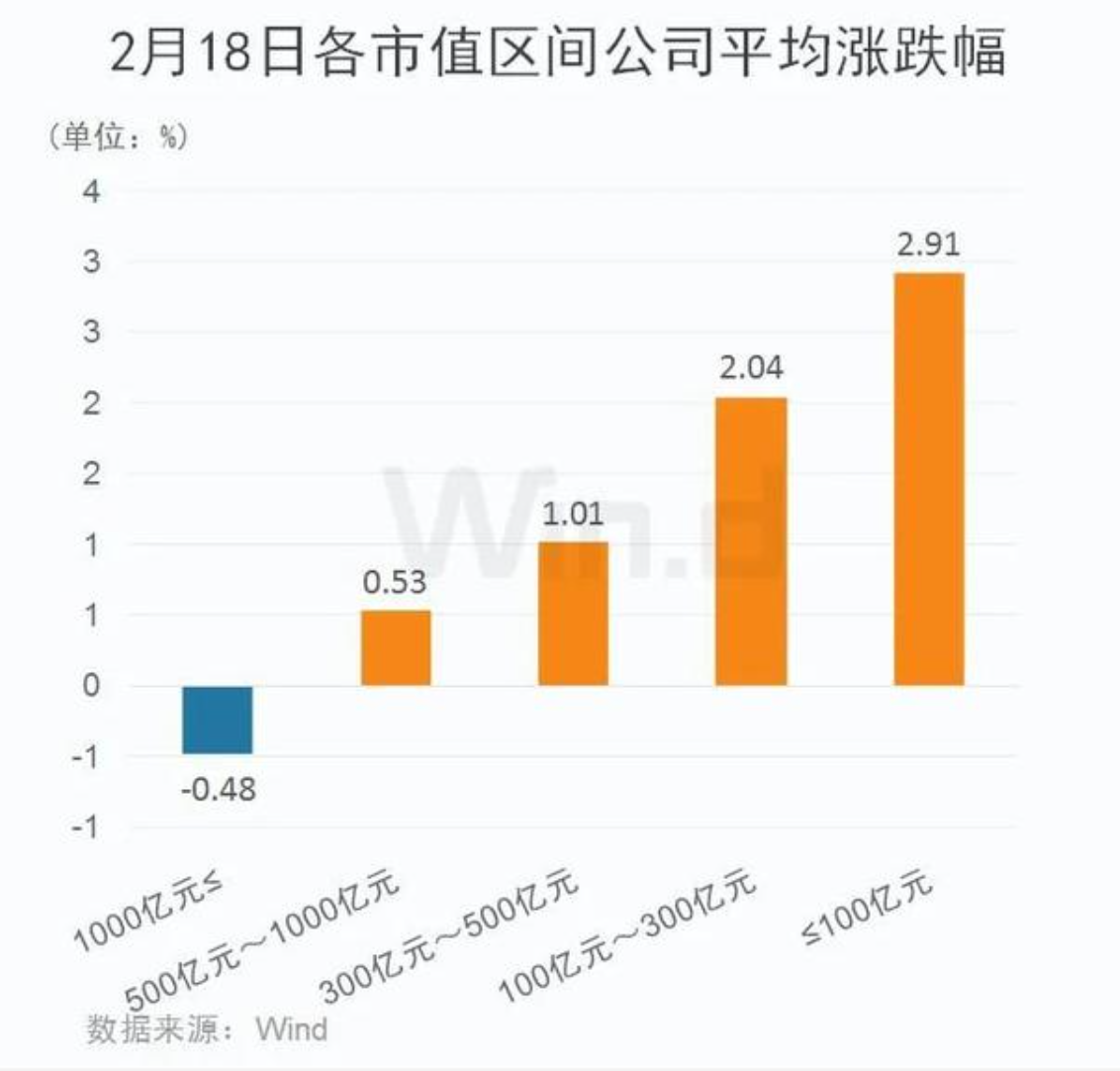 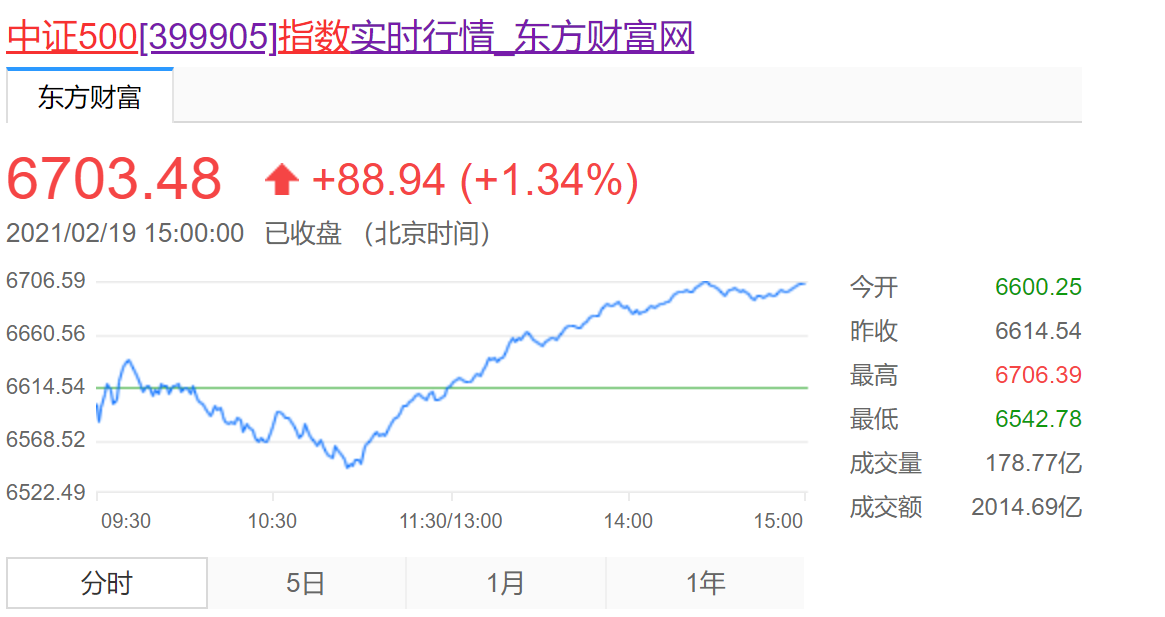 The CSI 500, which represents the mid-to-small-cap index, has been trading for two consecutive days There is a rise.

Many friends are asking,

Is the running group To disintegrate?

Is it time to run?

The world is not without

It remains to be seen whether it will collapse now.

Groups of all times

Causes of clumping and disintegration.

Because of the increase in social financing Disintegration sooner than expected,

Due to the restriction on the consumption of Sangong and the disintegration of liquor plasticizers,

consumer stocks were also slashed in half.

This collapse coincided with a major bull market crash, and

2019-present, the three giants of technology, consumption and medicine.

The reason for the collapse of the above three groups is that the fundamentals have changed,

Combined with the overvaluation,

Reasons for this market change

Although the current valuation of funds holding group stocks is indeed relatively high,

But the fundamentals did not show a major negative,

So I think the direct reason for this market change can only be concerns about tightening liquidity! ! !

On February 18, the central bank issued an announcement saying,

After the Spring Festival, cash will be gradually withdrawn,

a net withdrawal of 260 billion yuan that day.

they Worried that the tightening of liquidity will lead to the decline of Baotuan stocks,

because their overall valuations are really high.

there must be some organization Will run first,

to move funds to low valuation and pro-cyclical sectors.

As a result, leading stocks fell.

But fortunately, the leading stocks did not drop in heavy volume,

The difference between the valuation and the net value of the star mutual fund, especially the heavy position of the leading is not very big. 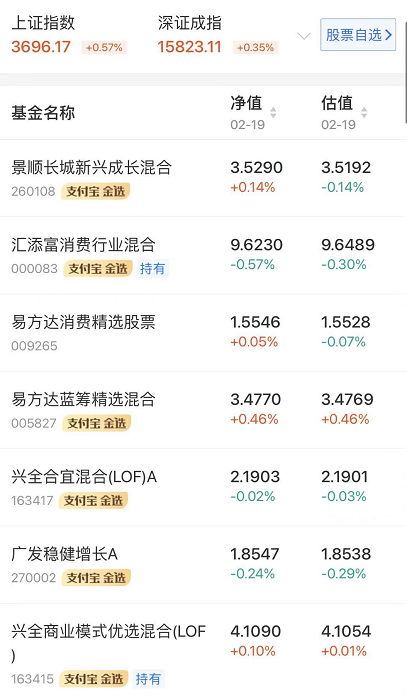 Therefore, the changes in the market this time are more caused by institutions determined by the game between them.

But there is one thing to note, the changes in these two days.

There is a big gap between our forward estimates and actuals:

I even suspect that these forwards have moved some positions to lead. . .

On the other hand,

Beijing Capital, which is known as smart capital, has indeed carried out a large-scale adjustment of positions,

Funds moved from high-valued electronics and food and beverages to low-valued banking and non-ferrous metals industries.

This shows that foreign investors also think that the current consumption and electronics sectors are overvalued.

But I checked their rebalancing action,

So who dominates the small-cap stocks this time? what about?

Taking Chenming Paper as an example,

On the 18th, a total of 171 million yuan was purchased by three institutional seats.

Now the conclusion is very clear,

Hot money+ The opinions of retail investors + some public funds and other institutions that stick to it have diverged,

, which has led to the differentiation of the market in the past two days,

The immediate cause was concerns about a liquidity crunch.

However, on the 19th, the central bank issued a document saying,

is a reassurance for the market,

Therefore, the market differentiation on the 19th was not as severe as on the 18th.

As for whether the group stocks led by consumer and technology will collapse,

to watch over the next few days.

There is growing division between agencies,

For the current situation, p>

Here are some suggestions for you.

1 Do a good job in asset allocation

This year must be based on stability,

So there must be a balance between stocks and bonds,

It is recommended that everyone use the 343 formation.

2 Do the plate configuration

You can still use core plus satellite configuration,

On the one hand, it can diversify risks,

On the other hand, you can eat meat that is market-styled.

The uncertainty of a single industry this year will be much greater than last year,

So it is not recommended that you buy a narrow base, span>

Especially popular concepts such as new energy and medicine,

Once the market style changes,

is likely to be a piece of chicken feathers,

The new fund is forced to build a position at a high level,

is to take over the old fund,

This year, it is recommended that everyone trust the old fund that crosses the bulls and bears.

This year, everyone does not know how to choose a fund.

Qiang Shao told you a simple strategy a few years ago:

This year, we will reuse veterans and trust those old fund managers who have gone through more than two bull-bear cycles.

Ginger is still old and spicy,

next week Let me give you a 1V1 analysis,

Both of them are great gods, so where is their strongest point?

And I'll break it down next week!