Geely's net profit fell by 40% in the first half of the year, sales of new energy and electrified models fell by nearly half

Original title: Net profit fell by 40% in the first half of the year, Geely trades price for volume

As an independent car company One of the bosses, Geely is also unable to escape the impact of the downturn in the auto market. On August 17, Geely Automobile released a financial report showing that in the first half of this year, Geely Automobile’s revenue and net profit both fell, and behind this was the decline in Geely’s sales. With the help of the price-for-volume market strategy, Geely Auto has controlled the decline in sales and maintained its market share. However, in the next step, if Geely Auto wants to completely restore sales growth, the sluggish new energy vehicle business is undoubtedly a major breakthrough.

As for the reason for the decline in profit attributable to equity holders, Geely Auto attributed it to the decline in total revenue and the increase in administrative expenses in its financial report. in. The decrease in total revenue was mainly due to the lower sales volume and the production interruption caused by the epidemic prevention and control in some parts of the country in early 2020; the increase in administrative expenses was mainly due to the increase in amortization and depreciation expenses due to the large investment in research and development and new production plants in the past few years.

As to the reasons for the growth of Geely's auto finance business in the first half of the year, a reporter from Beijing Business Daily contacted the relevant person in charge of Geely Auto, but as of press time, no reply has been received.

In addition, Geely Auto's cash flow has also improved to some extent. As of the end of June this year, Geely Auto's total cash level (bank balance and cash, pledged bank deposits) reached 20.21 billion yuan, an increase of 5% compared to the end of 2019. The reason for the increase in cash is that Geely Auto completed the placement of 600 million new shares in early June this year, raising 6.447 billion yuan. 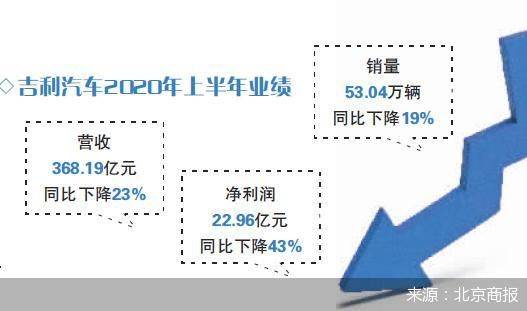 The decline in Geely's sales in the domestic market is basically the same as the decline in the overall auto market. According to data released by the China Association of Automobile Manufacturers, in the first half of this year, domestic automobile production and sales were 10.112 million and 10.257 million, down 16.8% and 16.9% year-on-year, respectively.

In the cold winter of the auto market, Geely and other independent auto companies are under the greatest pressure. Cui Dongshu, secretary-general of the Passenger Car Market Information Association (hereinafter referred to as the "Civil Association"), said that in June this year, the share of self-owned brands was only 32%, a significant drop from previous years. At present, independent brands are in the most difficult period.

In fact, the reason why Geely Auto achieved the above results is not unrelated to the company's market strategy of "replacing price for quantity". According to the financial report, since mid-2019, Geely Auto has started to provide higher discounts and concessions to dealers in the domestic auto market. In the first half of this year, the average ex-factory selling price of Geely vehicles fell by about 6% year-on-year.

From the perspective of market trends, Geely Auto will face the pressure of negative sales growth throughout the year. Zhang Xiang, an analyst in the auto industry, believes that although the domestic auto market sales have increased year-on-year for many consecutive months, it is still difficult for the whole year to return to the level of last year. After all, the decline in the first quarter was too large, and the factors driving the auto market soaring are unlikely to occur in the second half of the year. .

New energy has not shouldered the heavy responsibility

It is worth noting that despite the overall sales volume of Geely Auto The drop is small, but varies considerably from model to model. The financial report shows that in the first half of this year, Geely Automobile’s sales of new energy and electrified models (including the Lynk & Co brand) were 29,200 units, a year-on-year decrease of 49%. One percent.

This achievement is not in line with Geely's high expectations for the new energy vehicle sector. In 2015, Geely proposed the "Blue Geely Action" new energy development strategy, and plans to achieve more than 90% of the total sales of new energy vehicles by 2020. From the current point of view, the market performance of Geely Automobile's new energy and electrified models has not yet reached the expected target, and has not become the company's new sales growth point.

Behind the "halving" of sales of new energy and electrified models, it is not unrelated to the sluggish performance of Geely Auto's betting geometry brand. In April 2019, Geely released a new brand Geometry and launched its first model Geometry A at the same time. Geely attaches great importance to the geometric brand. It not only designs the brand LOGO alone, but also regards it as a brand that keeps pace with Geely and Lynk & Co.

However, in this financial report, Geely Auto listed its five best-selling new energy and electrified models, namely ICON MHEV, Emgrand EV, and Xingyue MHEV. , Borui GE MHEV, Jiaji MHEV, but does not include geometric A. In 2019, when the brand was born, the sales volume of the Geometry brand was only about 13,000 units. Except for a few months, the monthly sales volume of Geometry A has been maintained at the level of 1,000 units.

It is worth mentioning that Geely is also aware of its lack of competitiveness in the new energy vehicle sector. Geely said in its earnings report that 2020 will be the most difficult year ever for the company. In the face of huge challenges in the future, the company will continue to improve by introducing new energy and electrified vehicle products.The proportion of total sales of high-tech energy and electrified vehicles.

An Conghui, President of Geely Holding, the parent company of Geely Automobile, said that the auto industry will continue to develop towards electrification and digitization. Geely will make full efforts in 2021, including launching its own Developed electric vehicle architecture and new architecture of electric vehicles. At the same time, Geely will continue to upgrade existing traditional models, including the launch of new hybrid products next year. 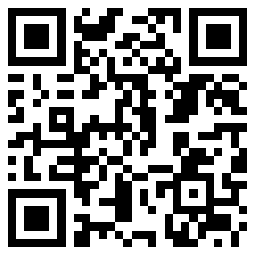