Meituan lost another lawsuit due to unfair competition, and the new anti-law Internet special article applies to the food delivery field for the first time; 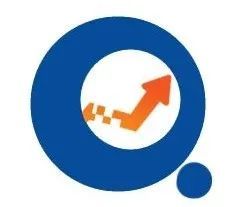 The WeChat official account article message function supports users to reply to each other's messages, and users can "build a building" under the official account article. Currently this feature is only being tested on a small scale. After obtaining this function, the author of the official account can actively choose to enable or disable this function for a single article. After the function is enabled, the comment content between users will be automatically displayed on the wall, and the author does not need to select it separately. The reply content is visible to everyone, but the author can delete or deselect inappropriate comments.

Meituan loses another lawsuit due to unfair competition, and the new anti-law Internet special article applies to the food delivery field for the first time

The Intermediate People's Court of Huai'an City, Jiangsu Province appeals to Meituan Judgment was made on unfair competition. This case is the first time to apply Article 12 of the Anti-Unfair Competition Law of the People's Republic of China, which came into effect on January 1, 2018. The civil judgment shows that Beijing Sankuai Technology Co., Ltd. (Meituan) will compensate Shanghai Lazars Information Technology Co., Ltd. (Ele.me) with 352,000 yuan.

The 2021/22 fiscal year swearing-in meeting of Lenovo China was held at the Lenovo headquarters in Beijing. According to the data, Lenovo China's PC sales market share in the first three fiscal quarters increased by 3.1% year-on-year, and PC revenue share reached 42.9%; the annual revenue of smart products (non-PC) increased by 80%, and the smart service achieved an annual revenue of 1 billion US dollars. The total revenue of smart products and smart services accounted for more than 11.5% of the total revenue in China.

Tencent and GAC Group (601238, stock bar) deepen their strategic cooperation and will sign a contract during the Shanghai Auto Show

It was learned from people familiar with the matter that Tencent will cooperate with GAC The Group deepened its strategic partnership and signed a contract during the upcoming Shanghai Auto Show. Previously, the two parties signed a strategic cooperation framework agreement in September 2017, and launched the GAC ADiGO (Intelligent Driving Interconnection) ecosystem in July 2019.

Business Commitment to Legal Compliance" (first batch), including Baidu, JD.com, Meituan, ByteDance, Qihoo 360, Sina Weibo, Dingdong Maicai, Pinduoduo, Xiaohongshu and other companies. On April 13, the State Administration for Market Regulation held an administrative guidance meeting for Internet platform enterprises. Aiming at the prominent problems of forced implementation of "choose one from two" in the platform economy, the meeting required all Internet platform companies to conduct comprehensive self-inspection and self-inspection within one month and make thorough rectifications one by one. For three consecutive days starting from the 14th, the State Administration for Market Regulation will focus on the announcement of the "Commitment to Legally Compliant Operation" of the 34 participating Internet platform companies.

Tencent Holdings Ltd. is delaying a proposed dollar bond offering on Wednesday, according to people familiar with the matter. It was previously reported that Tencent Holdings could issue about $4 billion in dollar-denominated bonds as early as Wednesday. This will be one of the largest dollar bond issuances in Asia in 2021. A Tencent spokesman did not immediately respond to a request for comment. It has been less than a year since Tencent last issued a $6 billion dollar bond, and the company raised $8.3 billion in February, the largest offshore syndicated loan in Asia by a Chinese company since 2016. The three major U.S. rating firms will all have credit ratings on their new dollar bonds four notches below AAA.

Zhejiang Geely Holding Group Co. Considering raising about $1 billion to help Lotus, its British sports car and racing business, expand into China's electric vehicle market. Geely is working with consultants to explore the interest of potential investors. The funding round could value Lotus' electric vehicle business at about $5 billion. In addition to the above-mentioned fundraising, Geely is also weighing an initial public offering of Lotus, or just its electric car business, as early as next year. The IPO could value Lotus' entire business at more than $15 billion. Considerations are still ongoing and details, including scale and timing, are subject to change, the people said. A representative for Geely declined to comment. A Lotus representative did not immediately respond.

Dida Travel has resubmitted its listing application to the Hong Kong Stock Exchange and updated its business conditions and related data. The updated prospectus disclosed that in terms of financial data, for the whole year of 2020, Dida Travel’s total transaction volume (GTV) was 9 billion yuan, operating income was 791 million yuan, a year-on-year increase of 36.3%, and adjusted net profit was 343 million yuan.

This article was first published on the WeChat public account: Hong Kong Stock Research Institute. The content of the article is the author's personal opinion and does not represent the position of Hexun.com. Investors operate accordingly, and please bear the risk at your own risk.