Today is still a working day, everyone cheers up and welcomes work. Last night, the official Weibo of Xiaomi mobile phone suddenly mysteriously said that something big happened, let’s see what happened. 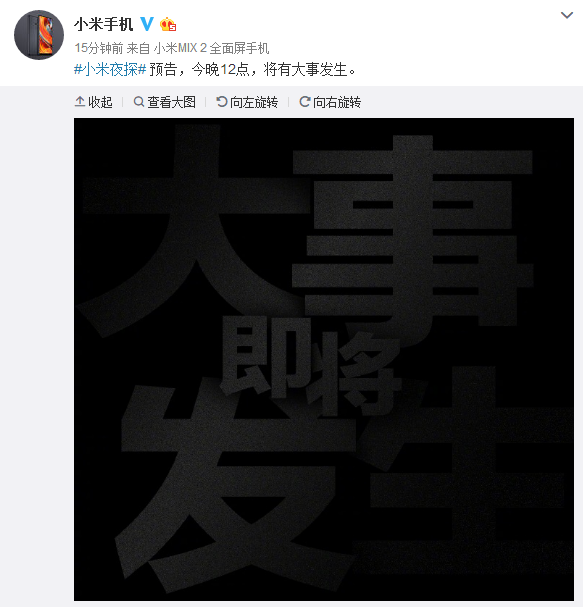 @xiaomi phone official blog [Xiaomi and Google reached a cooperation, the first batch of ARCore in China] Sure enough, this major event is that Xiaomi and Google have reached a cooperation, becoming one of the first domestic manufacturers to carry ARCore on mobile phones. This enables an augmented reality experience from your phone. "Google Blackboard" also released a Weibo saying that today, ARCore 1.0, an augmented reality software tool development kit for the Android platform, was officially released to developers around the world. 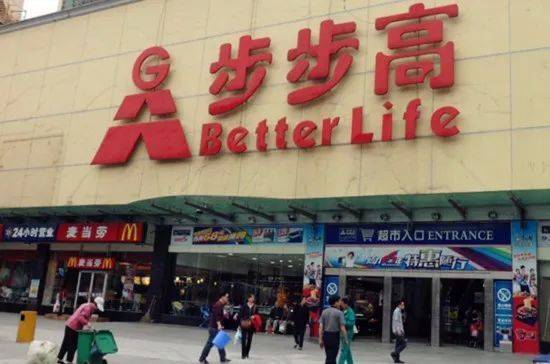 @Sina Technology [Lee Jae-yong did not attend Samsung’s first board meeting this year, and hopes to keep a low profile] Samsung Electronics yesterday The first board meeting of 2018 was held, and vice chairman Lee Jae-yong, who had just been released from prison, did not attend today's meeting. According to an industry insider with knowledge of the situation: "Lee Jae-yong did not attend the board meeting held by Samsung Electronics this morning because it may be considered inappropriate to return to management before the end of the trial." Some analysts said that it is clear that , Lee Jae-yong's move is hoping to appeal his bribery case in the Supreme CourtKeep a low profile before the trial. 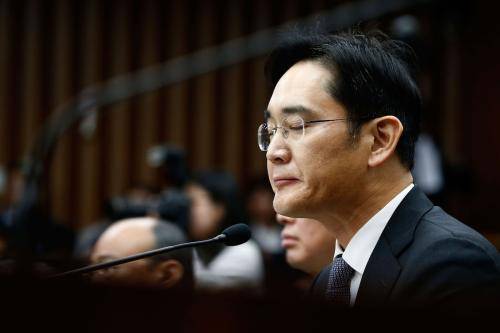 As soon as the acquisition of Tantan was announced, Momo’s share price rose 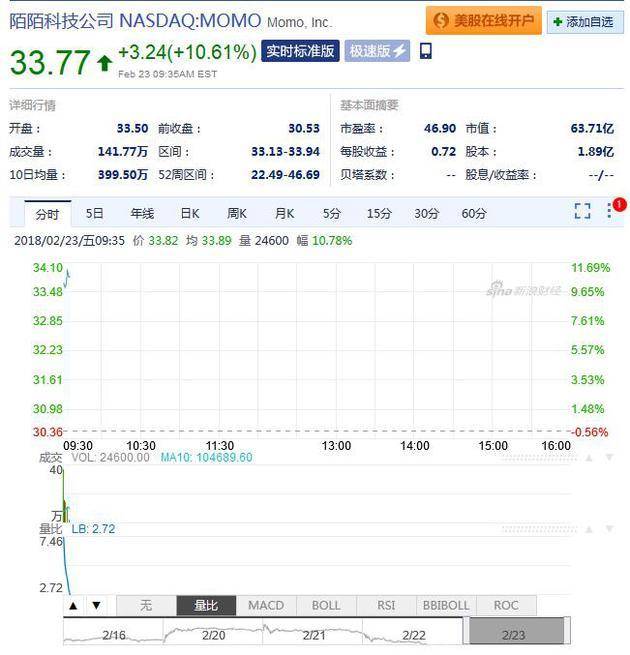 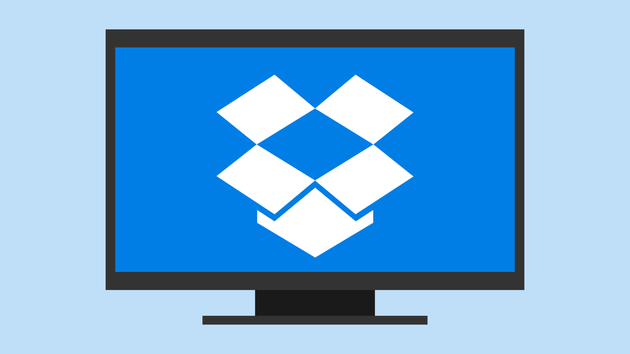 At the same time, the Shenzhen Stock Exchange has focused on monitoring the trading of "LeTV" stocks. 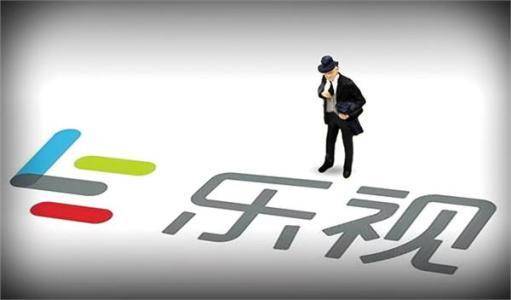 @Sina Finance [$9 billion! According to foreign media reports, Daimler confirmed that Geely Chairman Li Shufu holds 9.69% of its shares, and the total value of the shares is US$9 billion at the current market price. about. This shareholding ratio means that Li Shufu has become Daimler's largest shareholder. Li Shufu has more than 103.6 million voting rights, Daimler said in regulatory filings. 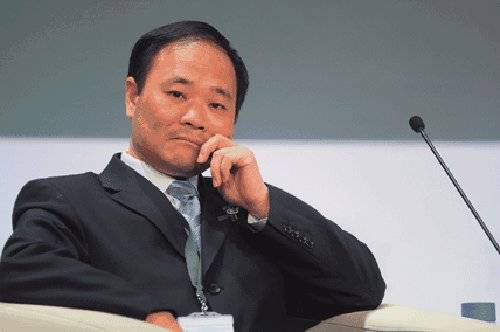 IPO coming soon The Foxconn has shown its superiority

@China Fund News [So fast, the Foxconn IPO will be coming soon: it only takes 2 weeks to queue up, others are usually several month! ] Not only was the establishment less than 3 years old, but the Foxconn A-share listing also took an unusual "fast track". Foxconn has been different from the time of the IPO filing, and the follow-up process is also very fast.

According to the analysis of investment bankers of securities companies, it usually takes seven or eight months from the pre-disclosure of the prospectus to the update of the pre-disclosure, which is also the main time for the IPO queue, and Foxconn 2 The week was completed, and there was a Spring Festival in between. Regarding the speed and efficiency of Foxconn's IPO process, according to media reports, Foxconn is taking a special channel of immediate reporting and review. 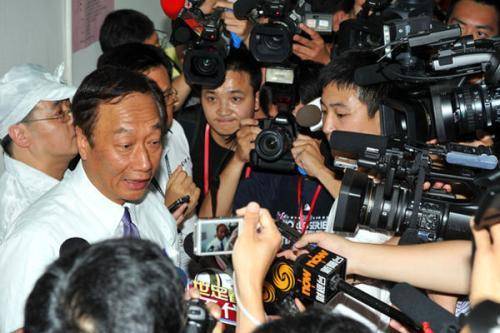 Cai Wensheng responded to Beautychain: Meitu did not release tokens

In this regard, Cai Wensheng clarified in the circle of friends: Beautychain is issued by a third-party organization, and BeautyPlus, an application of Meitu, has promotion cooperation with it overseas. Meitu is not involved in other related businesses of the US chain, and it is also found that some WeChat groups spread Meitu tokens, which is not a fact. Meitu does not issue any tokens or tokens. 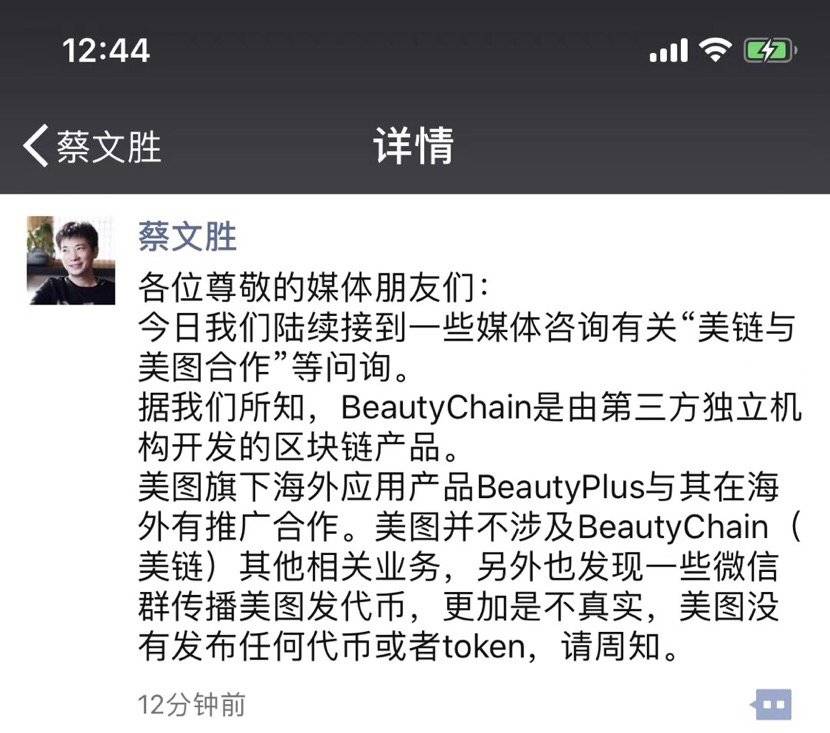 @Bianews [Former CEO of CoinDesk: The big crash of digital currency is coming] Today, former CEO of CoinDesk Ryan Selkis expressed his opinion on "Blockchain without sleep at three o'clock", Ryan Selkis believes that the future of blockchain There will be three major trends or challenges: decentralized exchanges; self-regulation; a big crash is coming. Seliks believes that almost all utility coins other than computing, storage and attention will go to zero because there is no reason to use them for decentralized applications, and most coins have no store of value. 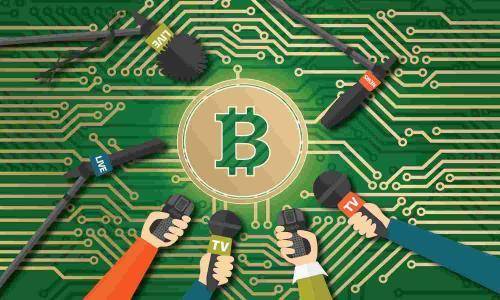 @Bianews [Investor Liu Jun: Venezuelan Petro is a complete garbage coin] Today's headline angel investor Liu Jun In the early morning, he expressed his opinion on the "Sleepless Blockchain at Three O'clock", saying that Venezuela issued cryptocurrencies because the purchasing power of Venezuela's legal currency (bolívar) is already lower than that of the paper that prints banknotes. price. So the Venezuelan Petro is a complete garbage coin. Although some people sing "cool", it can't stop American citizens from paying taxes with Bitcoin

@Bianews [US Senator Two Georgia state senators recently introduced a bill that would allow citizens to pay taxes in bitcoin. Public records show that the measure would adjust the state’s tax department’s rules to allow it to accept bitcoin and other digital currencies as valid payments for taxes and license fees. Earlier this month, the U.S. Senate just passed an Arizona bill that would allow Arizona taxpayers to pay their taxes in bitcoin. 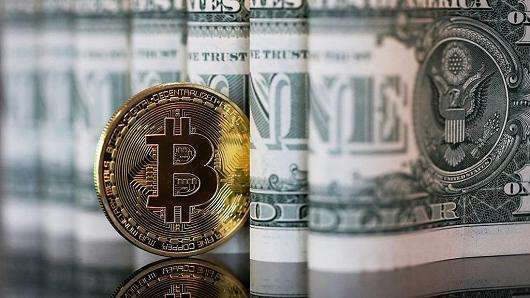 @Sina Technology [China's AI startup financing amount ranks first in the world, surpassing the United States] US research company CB Insights According to the data of China's artificial intelligence-related enterprises, the amount of financing in 2017 exceeded that of the United States, ranking first in the world for the first time. Chinese companies have invested heavily in the development of facial recognition and AI processors. In 2017, global financing amounted to US$15.2 billion, with Chinese companies accounting for 48%, surpassing 38% in the United States. 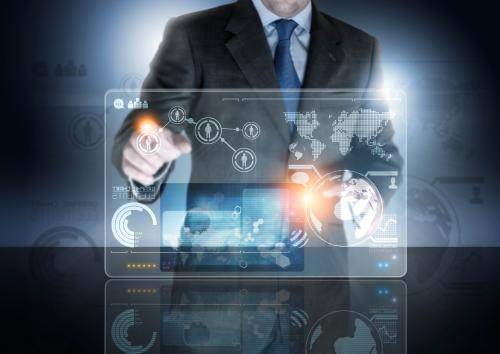 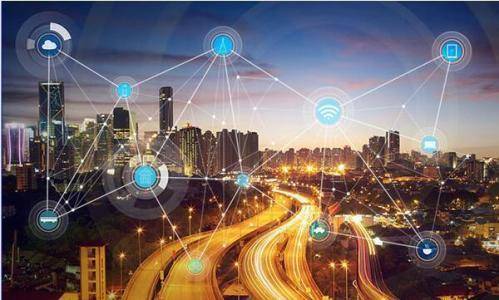 This year will be the year of the smart watch taking off?

@cnBeta [Analysis agency: Smartwatches will take off this year, and shipments may reach 71 million] The latest report released by the market research agency CCS Insight pointed out that the Thanks to the good performance of Apple Watch and low-priced devices in Asia, smart watch devices have finally ushered in spring, and this product will achieve a surge in shipments in 2018.

According to the report, sales of smartwatches will reach 71 million units this year, and will steadily rise to 140 million units by 2022. Last year, Apple sold about 16 million Apple Watches; by the end of 2018, Apple Watch sales are expected to reach 24 million, equivalent to all the sales of traditional watches in Switzerland. 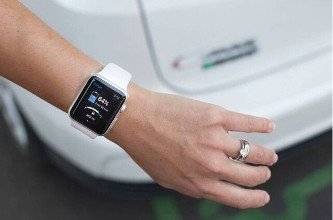 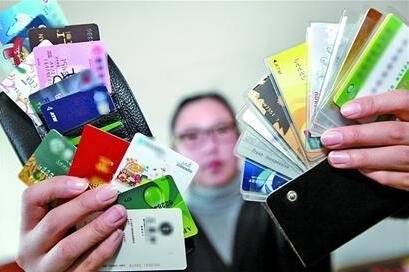 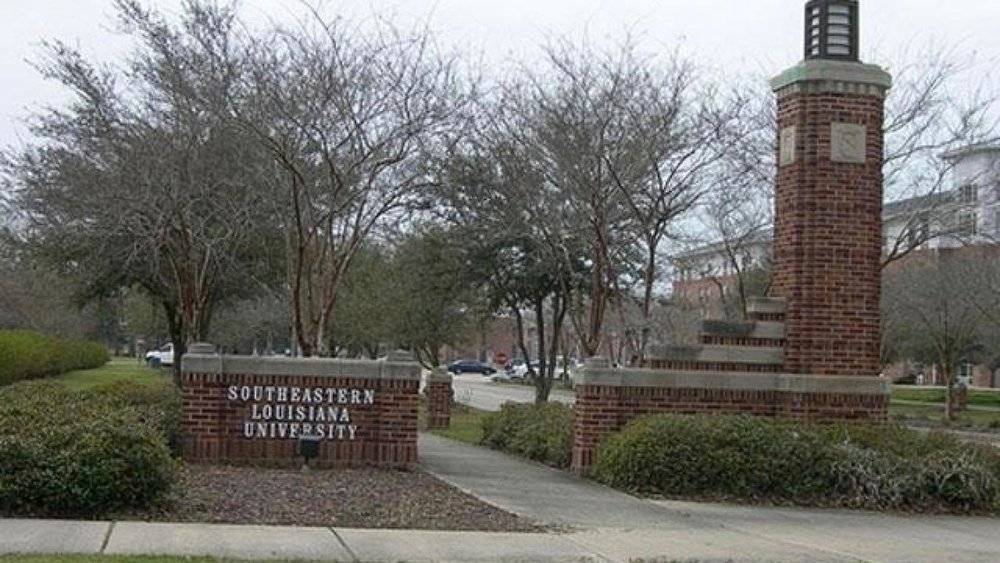 Above, everyone, work hard , Pay attention to the cold in spring and autumn, don't catch a cold.