Science and Technology Morning Post | Geely responds to the acquisition of Meizu Mobile, Tencent issues shares to over 20,000 employees 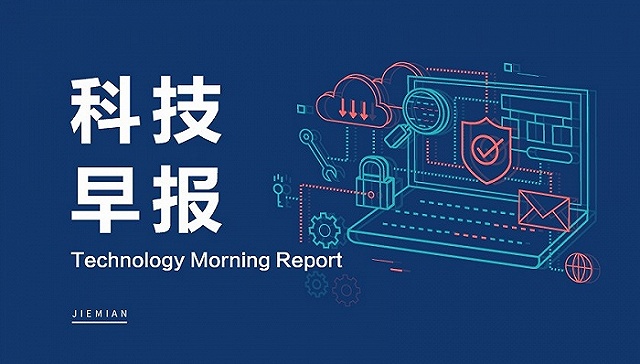 January 21, according to 36krypton report, Geely Group’s mobile phone company Xingji Times is in contact with Meizu to discuss acquisition matters. The transaction is still in progress, and the purchase price has not yet been determined.

In this regard, Geely Holdings officially responded that it would not comment on market rumors. At present, the high-end mobile phone research and development business of Xingji Times is progressing in an orderly manner, and it hopes to create an open and integrated Meizu said, "Thank you for your concern."

According to Jiemian News, Geely will establish a new mobile phone brand, and the products will be launched this year. There won't be much ties to the original brand by then. In addition, Geely is indeed accelerating the recruitment of talents from mainstream mobile phone manufacturers.

On January 21, Tencent Holdings announced on the Hong Kong Stock Exchange that it will grant a total of 8,004,807 award shares to no less than 22,800 people, with the purpose of rewarding their contributions and attracting and retaining group talents.

As of the close of Hong Kong stocks that day, Tencent's stock price was reported at HK$474.8 per share, with a market value of HK$4.56 trillion. Based on this calculation, the total value of Tencent's new shares issued this time is about 3.8 billion Hong Kong dollars, and the per capita value of the above-mentioned people's shares is about 166,000 Hong Kong dollars.

4 departments including the Ministry of Human Resources and Social Security once again carried out administration on 11 platform companies including Meituan, Ele.me and Didi to protect the rights and interests of workers in new employment forms Guidance

A few days ago, the Ministry of Human Resources and Social Security, together with the Ministry of Transport, the State Administration for Market Regulation, and the All-China Federation of Trade Unions, once again issued a statement to Meituan on safeguarding the labor security rights and interests of workers in the new employment form. , Ele.me, Didi, Cao Cao, Dada, Flash Delivery, Huolala, Manbang, Daojia Group, Alibaba, Tencent and other 11 leading platform companies jointly carry out administrative guidance.

The meeting emphasized that platform enterprises should fully and accurately understand the policy requirements, on the basis of previous work, have a deep understanding of the demands of laborers, and increase the protection of laborers' rights and interests in labor cooperative enterprises. We will continue to improve the platform algorithm and labor rules, and improve the institutional mechanism for enterprises to protect the rights and interests of workers in new employment forms.

On January 21, Jiemian News learned that Tencent Music Entertainment Group (hereinafter referred to as "Tencent Music") recently adjusted the organizational structure of the QQ Music business line and the Tencent Music Infrastructure Department, and promoted and appointed some managers.

On January 21, Jiemian News learned that Youzan announced that it has officially started the adjustment of divisions, and split the front-end business into five divisions: social e-commerce, new retail, beauty, education, and Allvalue.

About this adjustment, Youzan founder and CEO Bai Ya said that Youzan currently has businesses that "provide universal value based on horizontal capabilities", such as micro-mall, Wangxiaodian, etc.; there are also businesses that "provide in-depth solutions for vertical industries", such as new retail, beauty industry, etc. These businesses have different styles and collaboration needs. This split will allow different business units to complete closed-loop collaboration faster and independently.

Special statement: The content of the above article only represents the author's own views and does not represent the views or positions of Sina.com. If you have any questions about the content of the work, copyright or other issues, please contact Sina.com within 30 days after the work is published.