Baidu, code-named "9888", returns to Hong Kong stocks to rely on AI, can it win Geely to unlock unmanned cars? 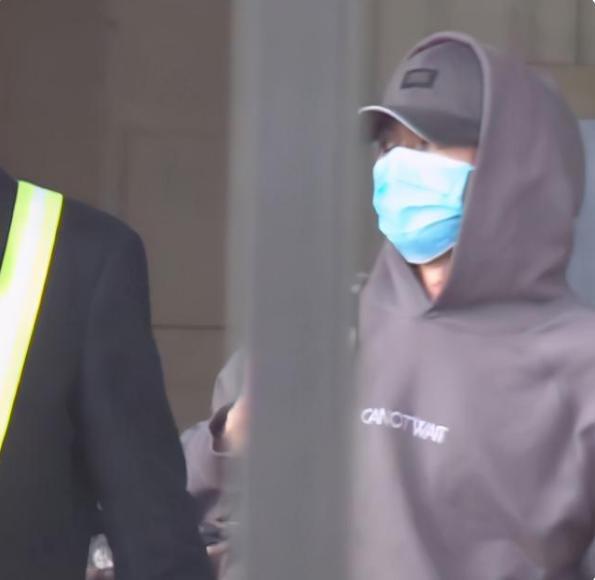 At that time, Nicholas Tse's "Thank you for your love 1999" was fixed on his and Faye Wong's high-profile hand in hand.

Twenty-one years later, his car was once again a composite addition.

In those days, the search engine that used to understand more Chinese squeezed out Google and became a turbulent girl.

21 years later, it returned to the capital market under the name of "AI first stock", Robin Li, a 12-year-old developer, a robot ringing the bell, codenamed "9888"

Baidu's performance in the Hong Kong stock market still broke down during the session, falling to HK$251.6/share, closing at HK$252/share, with a market value of HK$712.9 billion (equivalent to RMB 597.481 billion).

But for Robin Li, 52, his wealth has surged nearly 200 percent from a year ago. Obviously, investors still see the AI ​​strategy and the prospect of unmanned vehicles, but they are still skeptical about the growth model. Behind Baidu, other companies looking to list secondary in Hong Kong include Autohome, Station B and Tencent Music.

After the search was caught in a storm of public opinion, Baidu, which was lagging behind in the mobile Internet era, decided to anchor its AI strategy and support automatic driving and cloud computing to offset the declining power of the mother. In terms of online advertising, Douyin and Kuaishou have basically completed the monopoly pattern, and other traditional giants are not having a good time. Taobao still has live broadcasts, and WeChat is attacking video accounts, but Baidu seems to be falling behind

Therefore, Li Yanhong went all out to invest in AI, after the company announced its third-quarter financial report, including a 14% increase in "non-online marketing revenue" , which mainly refers to contributions made through the sale of autonomous driving, cloud computing and other AI-based software. It also caught the attention of investors. In the fourth quarter, Baidu still maintained a rapid momentum. Non-marketing revenue rose 52% year over year to $645 million, while total revenue, which includes online advertising, rose 5% to $4.6 billion.

It is worth mentioning that in January 2021, Li Yanhong's Baidu and Li Shufu's Geely established a joint venture to produce electric vehicles. The plan is to combine Baidu's self-driving technology (Apollo, 8 years) with Geely's car manufacturing facilities, with the goal of delivering its own electric vehicles to the market within three years. However, some investors said that Baidu's layout in intelligent transportation should make use of its business strengths such as search, instead of investing in the Red Sea of ​​electric vehicles?

Even when it comes to the Apollo program, Baidu's unmanned vehicles have been tested for a long time. Through big data and machine learning, autonomous driving can better understand navigation road conditions. For example, Baidu is testing in cities including Beijing. Last month, an intelligent transportation project was also launched in Guangzhou.

But the problem is that in cooperation with Geely, car companies will dominate, otherwise Weilai and Xiaopeng will not have greater market imagination. Whether Baidu is willing to be reduced to corner B is doubtful.

The secondary listing of Baidu Hong Kong was a decision made under this opportunity. Unlike an IPO, a secondary listing is not vulnerable to a massive first-day rebound, but it is also imperative for Baidu, which has been faltering since mid-2018.

In mid-May 2018, Baidu's U.S.-listed shares closed at $284.07 per share, a new high at the time. But in the March 2020 stock market crash, the stock subsequently fell more than 70% to a low of $83.62. It was the lowest close since April 2013. Since then, Baidu's electric car story has moved investors, and its stock price has bottomed out. In February 2021, Baidu shares hit an all-time high of $354.82. About half of those gains have come from the past three months. During this period, the company outperformed its larger rivals Alibaba and Tencent.

Baidu's U.S.-listed stock has a $350 price target,Its self-driving business could be worth $40 billion if the government's new energy policy is included, while Baidu's advertising business is expected to continue to grow in the first quarter of this year. In terms of diversification, Baidu has raised $2 billion for its Kunlun AI semiconductor unit.

In an exclusive foreign media interview with Robin Li, the 52-year-old Baidu founder outlined a strategic plan for how the company will transform AI and voted in favor of antitrust. By partnering with automakers such as Geely, Baidu will gain a foothold in the world's largest auto market, maintain record-setting investment in research and development despite shrinking profit margins, and seek access to talent and technology to advance AI, Robin Li said.

He added that Baidu has been investing billions of dollars in AI for more than 10 years, in areas ranging from natural language processing to voice interaction. Until recently, investors questioned the company's R&D spending, which accounted for about a fifth of its 2020 revenue. But Robin Li is unwavering, and promises to keep the pace of investment in the next decade or two. Li Yanhong believes that the early stage of research and development has been losing money, but the seeds will germinate sooner or later, and when the harvest is finally done, Baidu, which has experienced loneliness, will usher in most of its revenue from businesses other than search and advertising.

Like Google and Amazon, Baidu has also begun custom-designing chips for its own server farms to perform tasks such as search rankings. What started as a cost-saving practice has morphed into a new business, with nearly half of Kunlun's chips being used by third parties last year. Robin Li said that despite the global shortage of chips, the new 7-nanometer AI silicon iteration has already started production in fabs. He added that the unit, which recently raised $230 million from investors including IDG Capital, will target more external clients from finance, education, energy and more.

Although he has been at the helm of Baidu for 21 years, Robin Li has not given up control at all. He hopes to lead the transforming Baidu to occupy a place in the future AI landscape.

"I've been looking for someone to replace me as CEO," Robin Li said. "But at the same time, I do love what I do now. I love technology. I love seeing all the changes happen."