A shares: The main force wants to suppress the stock price and then accumulate money, what should the retail investors do if they refuse to cut the meat? make it clear

Release Time:2022-06-11 Topic:A large order at the bottom of the stock hit the test order Reading：69 Navigation：Stock Liao information > Comprehensive > A shares: The main force wants to suppress the stock price and then accumulate money, what should the retail investors do if they refuse to cut the meat? make it clear phone-reading

Bookmakers are a special group in the stock market. They have strong financial strength, well-informed sources and professional trading teams to make profits in the stock market. The possibility and magnitude of it are unmatched by ordinary retail investors. Therefore, most of the stocks involved in the bookmaker will have a relatively large rise.

However, the bookmaker is also an investor in this market and must follow the trading principles in this market. Investors can first have a comprehensive understanding of the dealers, and understand the common tricks of the dealers; then, they can understand the trading goals, trading methods and market characteristics of each step in the dealer's entire process of establishing the dealership; finally, they can formulate reasonable follow-up strategies from their own perspective. Zhuang strategy.

If you like it, you may as well pay attention to my public account circle, [Yigu Qiqi] One family's words will be clear, partial listening will be dark, focus on the core technology of the stock market! Paying attention to my time will give you the most real answer!

The main force wants to suppress the stock price and then accumulate money, What should retail investors do if they refuse to cut meat?

1. Make the stock price "no lowest, only lower" by smashing the market

Smashing the market is not only a special method of distribution, but also a common method for the next round of market to start to accumulate. Smashing can be divided into active smashing and non-active smashing.

Initiative smashing, usually means that the dealer distributes a lot of chips at a high position and obtains huge profits. When the shipment is about to end, in order to lay the foundation for the next purchase, the dealer will deliberately create a low popularity and a low price. Generally, they will use the few chips in their hands to smash the market down, in order to get the effect of falling prices. This kind of smashing is generally a means of baiting, an illusion in the stock market, and in dialectics, it is a manifestation of the particularity of contradictions.

Inactive selling, usually refers to the fact that the market is affected by some unexpected major bad news, resulting in a surge of selling,Homes followed the flow and joined the selling, causing the stock price to plummet. But at present, most of the bookmakers in the market take the initiative to smash the market.

Banker's intention to sit in the banker: Use technical indicators to make the market, cause panic and strengthen the lethality.

Retail investor's method: retail investors who are not deeply locked up can sell when the dead angle pattern appears. Coin holders can intervene in a small amount to grab a rebound when there is a signal to stop falling.

This method usually has two phenomena: One is the lure-empty smash. The main force has basically completed the delivery task. In order to make the stock price lower, the purpose is to make enough room for accumulation for the next speculation. Therefore, the existing chips are used to deliberately lower the stock price and induce Retail selling appeared. The other is a bearish smash. The main force encountered some unforeseen sudden and major bad news in the process of sitting in the village, and a large number of sell-offs poured out.

Retail Investors Kezhuang Method: Induced short-selling can observe changes in the disk for analysis. Volume sell orders, and then hit down with large orders, making the stock price all the way down. If this is the case, retail investors can buy on dips and wait for a rebound after the stock price falls for a certain distance. For bearish smashing, you can study and judge according to the method of judging the truth and falsehood of the news introduced above, and decide the buying and selling behavior.

Figure 2, Asahi Light (600363): The main force of this stock has adopted the bait-inducing method, and the main force has basically completed the previous round of shipments at the median and high levels. A new low, basically to the historical bottom area. During the consolidation process at the bottom for more than 8 months, a small box body was formed. During this period, the main force absorbed a large number of low-priced chips. When the stock price falls and breaks the support of the bottom line of the box, there will be a smashing action that induces emptying, and it is also a downward test method. Soon, the stock price stabilized and walked out of a new round of rising prices.

Second, through technical indicators, to force the technical retail investors to cut the meat

The three major assumptions that the bookmakers use technical analysis Condition, weave information or themes that are difficult to distinguish between true and false, false stock price operation rules and charts similar to history, through changes in price, volume, time and space, let those who are too superstitious in indicators, K lines, tangents, waves, patterns And cyclical investors are deceived in order to achieve the purpose of a smooth settlement. 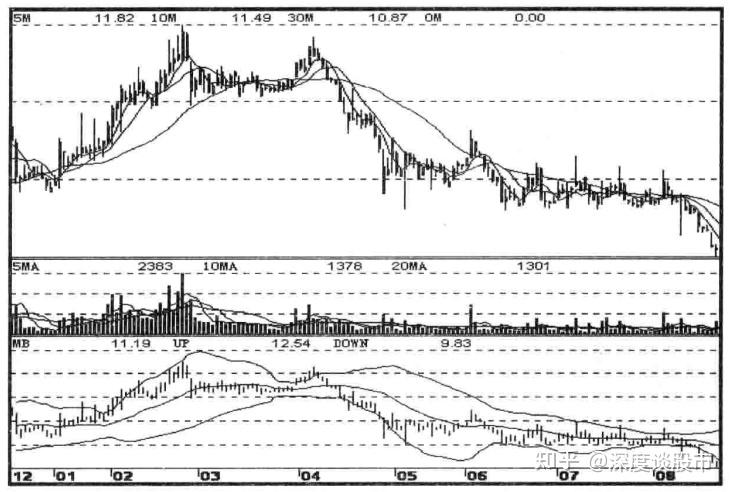 Figure 4, digital mapping (600700): The stock is affected by the fundamentals. After the stock price peaked, it fell wave by wave. The MACD indicator was hovering at the bottom. Soon the MACD indicator showed a clear upward trend. The DIF line stood above the MACD line for a long time, and the indicator direction signal was clear. , while the stock price in the same period has continued to fall, and the two have formed a bottom divergence pattern, which is usually a typical buy signal. Unexpectedly, the stock price did not show an upward trend, but stimulated by the positive news of the broader market, the stock price made an upward move, and then fell back and hit new lows. Here, if you intervene earlier and fail to stop loss in time, the loss will be even greater. No wonder some people sigh: those who understand technology are worse than those who do not understand technology. 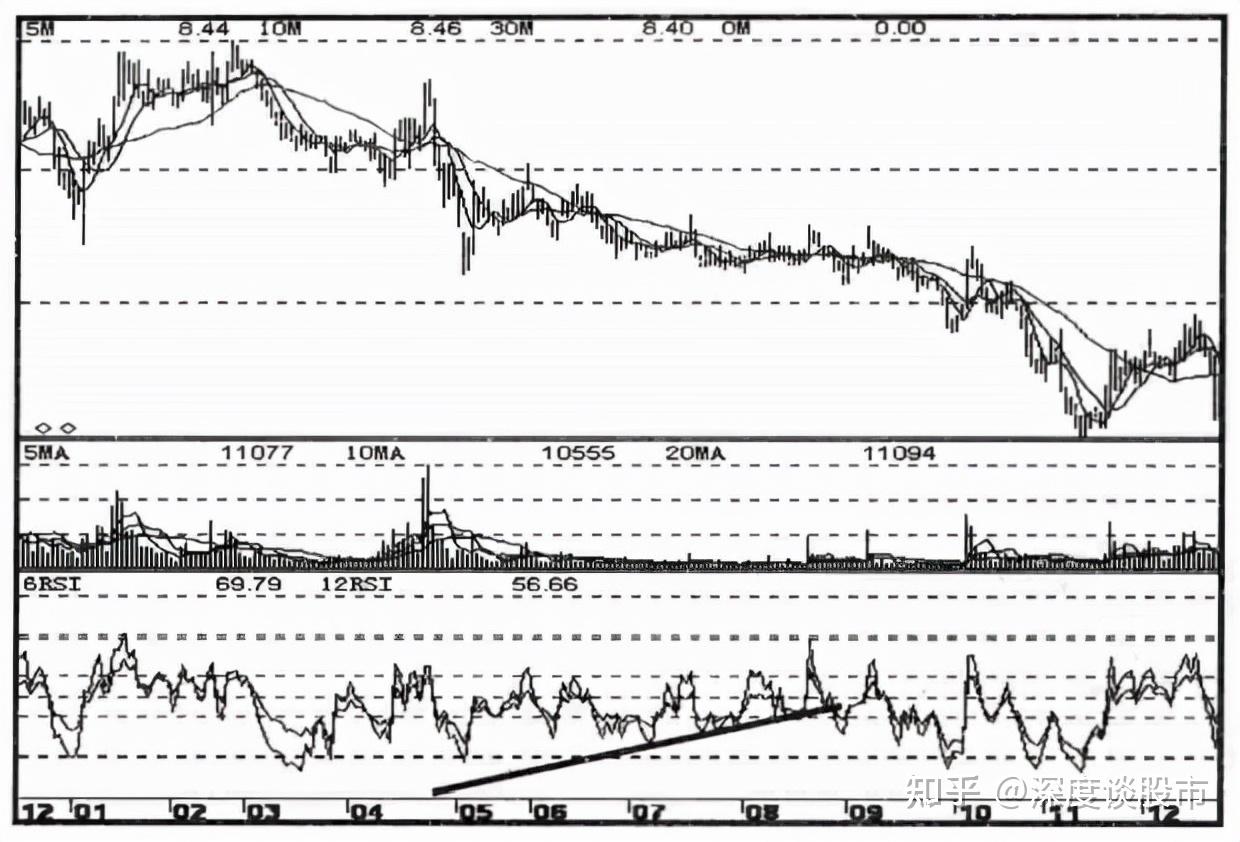 Finally, in the practice of hunting, in order to avoid getting stuck, you need to keep these points in mind

(1) Come prepared. Whenever you buy a stock, you must find a good reason to buy, and calculate the purchase price and delivery target. Never go in and buy blindly, then blindly wait for the rise, and then blindly get stuck.

(2) It should not be sold. If the stock you bought is found to be wrong, you should resolutely sell it. In short, long-term investment must be a stock whose stock price can be bullish for a long time. Once it falls for a long time, it must be sold!

(3) Be cautious about heavy volume. It is not terrible for some stocks to fall for no reason. What is terrible is the amplification of trading volume. Sometimes the variety that the dealer holds more shares should definitely not have a huge trading volume. Therefore, extreme caution should be exercised with regard to sudden increases in volume under any circumstances.

(4) Reject the mid-yin line. Regardless of the market or individual stocks, if you find that it has fallen below the strong support recognized by the public, and there is a trend of closing the Yinxian on the day, you must be vigilant. In particular, the stocks that have been doing well, once the mid-yin line appears, it may cause panic among the holders of the mid-line positions and sell them in large quantities. Sometimes, even if the dealer does not want to sell, he cannot support the stock price, and it will inevitably fall in the end, and sometimes the dealer will take the opportunity to sell. Therefore, in either case, you should consider shipping when you see the mid-yin line.

(6) Do not buy problem stocks. Buying a stock should look at its fundamentals and see if there are any concerns, especially several important indicators, to prevent sudden changes in the fundamentals. When the fundamentals are not confirmed well, intervene cautiously and be vigilant at any time. The most frightening thing is that after buying problem stocks carelessly, a sudden bad situation can trap you forever.

(7) Fundamentals follow technicals. No matter how good a stock is, it will fall if its shape is bad; no matter how bad the stock is, it will rise if its shape is good. The most terrifying thing is that many people are optimistic about many well-known stocks. When the technical form or technical indicators deteriorate, they comfort themselves and say that they want to invest. Even if an extra-large amount of money is invested, the form should be broken, and at least 30% should be paid. Wait for the form to be repaired. buy again. You know, there is no stock that can't fall, and there's no stock that can't fall sharply, so don't be superstitious about any stock.

(8) Do not be the victim of the dealer. Sometimes there is news from the dealer, or news from the dealer's periphery, you can trust it before buying, but you must not trust the news about the shipment. Shipping is your own business, and it is very selfish. No dealer will tell you that you are shipping, so the shipping should be determined according to the disk, not based on news.