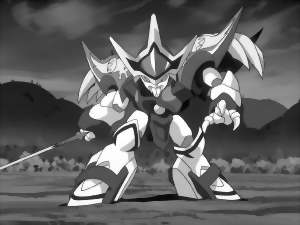 recent，The State Administration of Radio, Film and Television vigorously rectifies and purifies domestic TV programs，From demanding violent dramas out of prime、Proposes to prudently adapt red classic plays to restrict TV hosts from blindly imitating Hong Kong and Taiwan accents， In addition, regulations have also been made on the introduction of overseas related programs. Although the "restriction order" has been issued several times, the measures taken by the General Administration to "clean up the screen" are not only "prohibited", but also "supported". Whether it is a TV series or an animation, supporting domestic production and controlling imports are among the "cleaning screens" of the General Administration. A spirit that runs through. Recently, the reporter learned from an interview with the Shanghai TV drama channel, which has the largest single-day broadcast of domestic cartoons and the longest period of time, that the channel has urgently called out several excellent cartoons for broadcast.

The E-song era is here!
Animation: Actively support domestic production
In the process of "cleaning up the screen" of the General Administration, supporting domestic excellent film and television programs has become a major focus, especially for cartoons that have a greater impact on minors, the General Administration has made relevant regulations, mainly to control the introduction of The total amount and broadcast ratio, and at the same time, in order to encourage the production of domestic cartoons, the number of domestic cartoons and imported cartoons is also linked. Only relevant units that produce domestic cartoons and have been approved by the General Administration can import foreign cartoons, and the ratio of imported cartoons to the number of domestic cartoons produced is 1:1; units that do not produce domestic cartoons are not allowed to import foreign cartoons. This regulation will greatly promote the production and broadcasting of domestic cartoons, and domestic cartoons face an opportunity for development.
The reporter interviewed Chen Wen, the editor-in-chief of the TV drama channel, about this regulation. She said that in order to implement this regulation, the channel has taken urgent action to arrange the purchased 52-episode large-scale domestic cartoon "The Legend of Nezha" in advance on May 20 Japanese premiere in Shanghai. Ms. Chen also said that there are many difficulties encountered in the actual operation, mainly because the number of cartoons available for broadcast is not large, and the domestic cartoon market is still immature, although the channel has started to broadcast and produce some cartoons and columns very early. For example, the channel's self-made animation column "Flickering Peak" has been playing for a period of time, and its ratings have steadily ranked among the top ratings of all channels. "But it is undeniable that imported cartoons are indeed better than domestic cartoons in ratings. Channel "Dragon Fighter", which will begin airing next Monday, is the sequel to "The Legend of the Demon Heroes", which was broadcast many years ago. The production company, Asahi, previously stopped supplying films because it was not optimistic about the Chinese animation market, and has only recently resumed supply to mainland China. "Dragon Fighter" is the first film." Regarding the regulations of the General Administration, Chen Wen said that the content of imported cartoons, the channel and the program marketing center have strictly reviewed to ensure that the animation does not affect the mind and body of young people when it is broadcast. healthy.
Overseas drama: exit the golden period
Regarding the overseas dramas that have been popular on the screen in recent years, the General Administration has also made relevant regulations this time: to strengthen the management of the introduction of overseas programs. The introduction of foreign films, TV series, cartoons, special programs and other radio and television programs must be suitable for China's national conditions.
The reporter learned in the interview that the General Administration has the following criteria for reference in controlling the introduction of foreign dramas: increase the control of the origin and subject matter of the introduction of radio, film and television programs, and avoid the centralized introduction of the same country, region or duplication of the subject matter. Similar radio, film and television programs; the introduction of overseas court and martial arts dramas should be strictly controlled, and the imported dramas of this type should not exceed 25% of the total number of imported dramas in a year; foreign dramas involving cases will not be introduced in principle.
According to this measure of the State Administration of Radio, Film and Television, the regulation of overseas dramas will soon be on the screenIn other words, the overseas dramas involved in the case will be broadcast after 11 pm. A person from the Oriental Film Channel, which recently broadcasted two popular overseas dramas involved in the case, "CSI" and "24 Hours", said that the channel has adjusted the broadcast of related TV series according to the requirements of the General Administration. For example, "24 Hours" is after 23:00. play. The reporter also learned that after "24 Hours", the overseas theaters of the Oriental Film Channel will no longer broadcast overseas TV dramas for the time being, but will mainly broadcast movies. (Reporter Lu Wenjing)