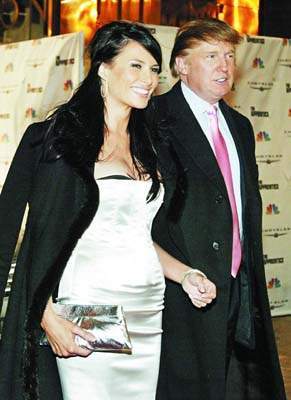 Now Donald's girlfriend Melania, who often accompanies Donald at public events, will be his third wife. Donald Trump and his girlfriend Melania in a fashion magazine show. Donald attended the public event with his second wife, Marla Maples.
The purveyor of "Ascension" is the American tycoon Donald Trump. Although he grew up in a wealthy family, he insisted on starting his own business; although the business world sees him as cruel and ruthless, those familiar with him think he has a good heart...; Because of his swagger, some people once thought he was the most hated rich man in America. How did this bipolar legend create the Trump kingdom? He said, "If anyone thinks my future will be bleak, that person is dead wrong."