Use "Yin Yang and Five Elements" to predict the rise and fall of the stock market? The producer of "Metaphysics Research Report" was punished! 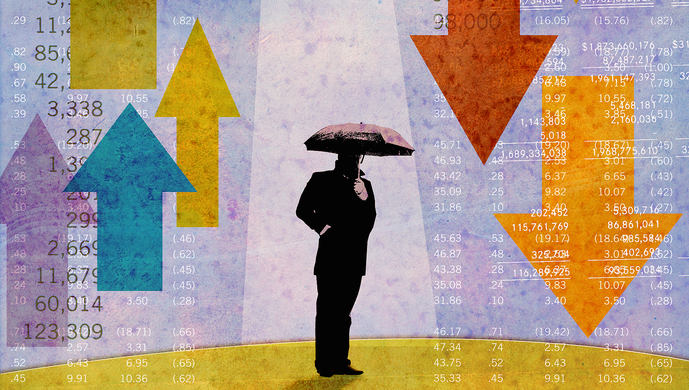 Use "Heavenly Stems and Earthly Branches", "Yin and Yang Five Elements" to analyze the stock market, and even use this method to calculate the high probability of 2021 and 2022 Rising and falling months. Remember this mysterious research report of securities companies? Today, the author of this research report has been subject to regulatory penalties.

However, in a decision on regulatory measures issued on December 30, the Jiangxi Securities Regulatory Bureau determined that the research method of the research report was not professional and prudent, and the research conclusions were not objective and scientific, or even unintelligible. Apply to Guosheng Securities for storage and review as required.

Metaphysics Research Report "All Based on Historical Statistics and Quantitative Models"

December 30, Jiangxi The "Decision on Taking Supervisory Talk Measures against Liu Fubing" (hereinafter referred to as the "Decision") issued by the China Securities Regulatory Bureau held that, after investigation, the "Preliminary Probe into the Application of the Heavenly Stems and Earthly Branches in Timing" produced and released by Liu Fubing has the following problems:

Guosheng Securities is not the first securities firm to obtain research reports through Feng Shui, fortune-telling, etc. As early as 1992, CLSA in Hong Kong, China, released a "Feng Shui Index Report" every Spring Festival, but the pictures were humorous and entertaining.

The risk warning at the end of this research report of Guosheng Securities pointed out that the opinions of the report are all based on historical statistics and quantitative models. It is worth mentioning that "A Preliminary Probe into the Application of the Heavenly Stems and Earthly Branches in Timing" was not signed when it was published, so the public did not know the identity of the author of the research report. It was not until the Jiangxi Securities Regulatory Bureau issued a "decision" that Liu Fubing was announced as the author of the research report.

There are also securities companies that publish "Metaphysical Research Reports"

For the prediction of the overall trend of China's stock market in 2022, the analyst has three main views: First, 2022 is the year of Renyin, at the beginning of a five-year bull market in China's stock market, from 2023 to 2027 Ding Weinian was a five-year bull market. Second, for 2The trend of the three major asset classes of gold, real estate and stocks in 2022 has been predicted, and it is believed that the industries of gold and soil attributes will be suppressed, and "there will be no gold and gas in 2022", "soil will die", and "don't invest in real estate".

Finally, this research report is particularly optimistic about industries with attributes such as wood, water, and fire. According to the research report, "Ren belongs to yang water and Yin belongs to yang wood. Aquatic wood is the year of prosperity for wood in 2022; water is the main factor for loose currency and wood is the main policy direction in 2022", while fire is "wood fire" Brilliant" and "supported".

Since the beginning of this year, the compliance requirements for securities companies' research reports have continued to become stricter. During the year, many securities companies' analysts have been punished for their research reports, including the "About the CATL Times" that caused a heated discussion in the market. 2060 Performance Forecast Annual Report". The regulatory ticket information shows that the "Ningde Times Series II - Energy Storage: The Final Discussion of the Second "Growth Curve"" has some assumptions that are not prudent enough and the analysis logic is not enough in the forecast of the 2060 revenue center of the energy storage business of the CATL. rigorous.