China's hottest single product! Claimed to be worth 3.8 trillion, some people scolded wildly, some became rich...

Although it is only the beginning of April, many people are already summing up the year's most Bad decision, many people's answer is, "regret buying funds every day."

This is estimated to be painful. Basically, they are bought at high points, and then they are deeply trapped, and they lose a lot of money.

What brought them into this pit was the recent fund boom.

The performance of a star fund manager has been extremely high, and even the variety shows that have always been popular and invited guests have planned a special session for fund managers. It is difficult not to be coerced.

The representative figure is Zhang Kun, known as the first brother of public fundraising, with more than 100 billion yuan in management, super good performance and super popular. Among Zhang Kun's holdings, Baijiu is the one that contributes the most profit, and the leader is undoubtedly Maotai. Unfortunately, the good times are not long. With the sharp adjustment of the stock, the Internet celebrity fund manager has also become a street rat and is scolded every day.

The atmosphere of the stock market is more and more similar to football. No matter what it is, it is a curse. The stock bar is basically full of negative emotions. Fundamentals and value investing do not exist. , a positive change of belief is the norm. The scolding of Moutai can be basically summed up in one sentence, "Moutai does not fall, and the stock market does not rise."

But there are also a group of people who are very focused, and they believe that Moutai is the most popular in China. Reliable investment products, it is a matter of time to make a lot of money by relying on Maotai. They like the judgment of some brokerages - it is only a matter of time before Maotai's stock price rises to 3,000 yuan. At that time, Maotai's market value will also be close to 3.8 trillion, exaggeration.

Since this understanding, some people buy stocks, while others are desperately hoarding wine. Is this a shortcut to getting rich?

Winter is the peak season for baijiu. Generally, sales will drop after the New Year, and prices will also loosen.

A few years ago, the market price of Feitian Moutai (full box) in some places was around 3,300. Many wine merchants said that according to the law of previous years, it can be slightly reduced in March and April. At one point, who knows that this year is very outrageous, and it will continue to rise without a drop.

Is it that Maotai Group did not release the goods? No, Moutai has stocked it on many e-commerce platforms: 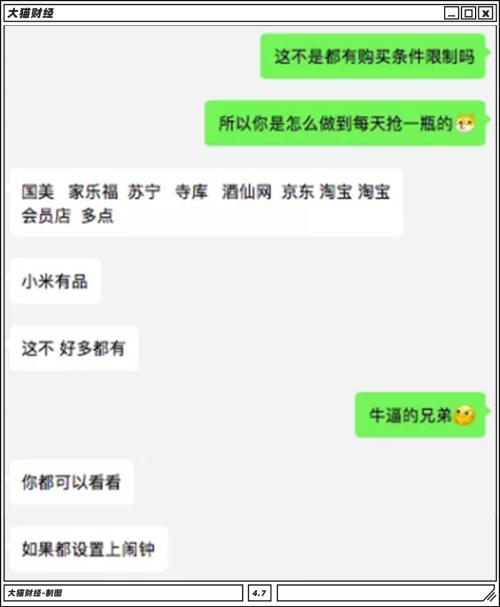 It's just that the result of releasing the goods is that the scalpers are cheaper. These people set the alarm clock every day to snap up the purchase, and they don't drink it when they buy it. Sold for cash.

A random search on QQ will find that many scalpers are receiving goods, from Maotai delivery information, snapping skills, to plug-in software, these groups have everything , and also classified by platform and region, many of which are large groups of thousands, and the discussions are lively. 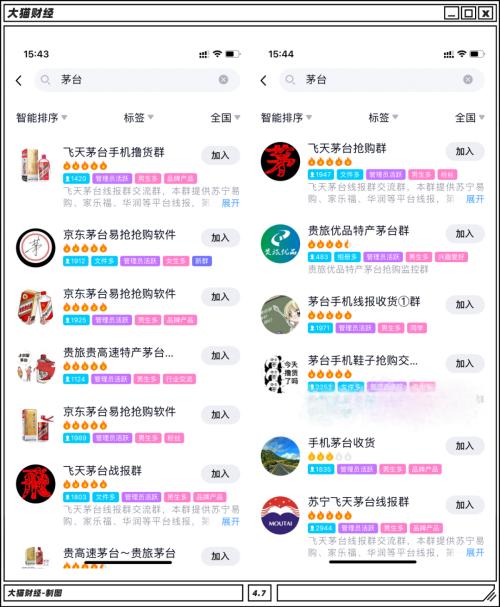 These people are very diligent. They send news of receiving and shipping goods in many groups every day, even during the Spring Festival.

In addition to QQ WeChat group, scalpers also sell goods on Xianyu, Zhuanzhuan and other platforms. They used to say Feitian Moutai directly. A while ago, Moutai Group began to vigorously crack down on reselling. , the scalpers changed the description of Maotai - "53°Wahaha”: 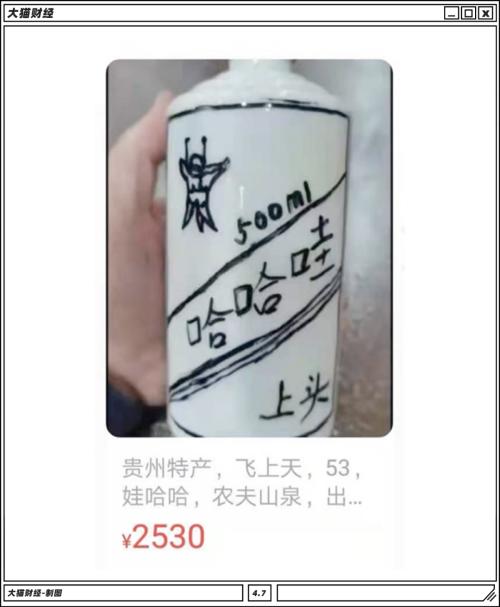 In order to make money, I can really think of any way.

But the price of Maotai is driven up by these scalpers Is it up?

Moutai now ships slightly more than 30,000 tons a year, and Feitian, which supplies e-commerce and supermarket channels, claims to have hundreds of thousands of bottles. But it's only a few hundred tons. It's an overestimate to say that these small cattle are raising the price of Maotai.

In some big dealers Come on, Moutai is not only a wine, but also a very good financial product.

Moutai has a distributor called Goethe Group, who in 2017 provided 20 million worth of Moutai and COFCO Trust cooperated and issued a trust project: the annualized income is 6.9%-7.1%.

What is this project for? Buy Maotai.

How much money can this product make?

So, in 2019, COFCO Trust released another 200 million Maotai investment trust plan, and the interest rate level was also raised to 9.8%-10% : 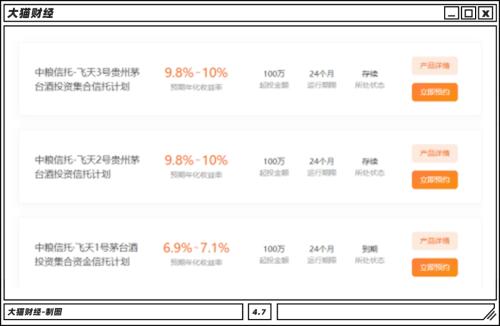 < p cms-style="font-L">Goethe didn't just learn to use trust funds to stockpile wine, they started using it as early as 2010: 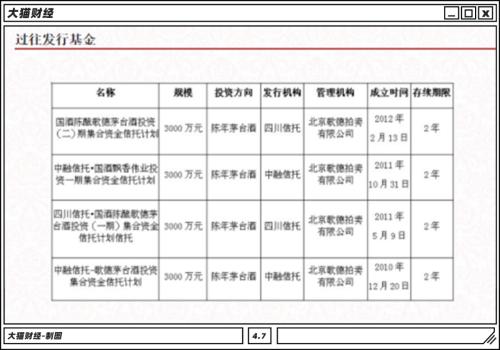 Zhongrong Trust and Sichuan Trust are both cooperative institutions. When big funds pour in, tens of thousands of bottles of Moutai are hoarded, and the price of Moutai can only get higher and higher, and the income of these trust products will also increase. The more assured.

The non-stop price increase has laid the foundation for Moutai's performance and also created the leading position of Moutai's A-shares.

There are more than these people who rely on Moutai to make money.

Renhuai City, which produces Moutai, has issued a total of 506 formal liquor production licenses, but there are more than 4,000 local wineries.

These wineries do not have their own brands. They mainly sell their wines near Moutai, pirating the packaging of Moutai, and the names are also very "high", such as various special offerings. Wine: 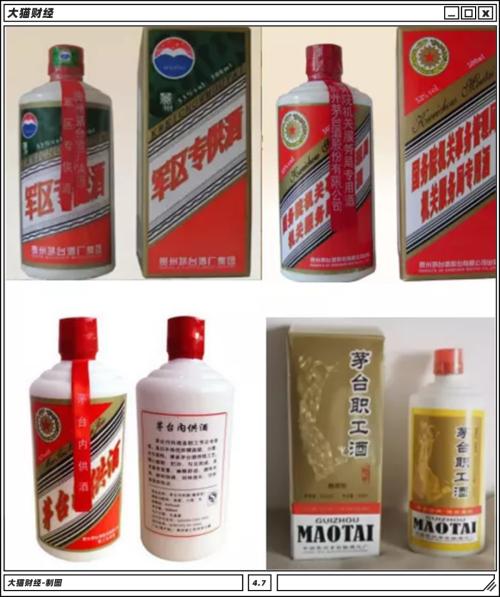 The bottles of these wines are also typical "Mao-shaped bottles". The packaging, pattern and color matching are very similar to Moutai, and some dare to directly print "

These wines are very cheap, and the quality is hard to say. 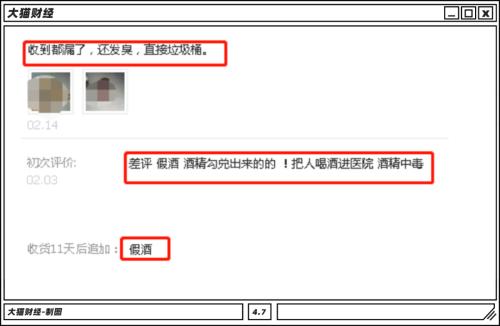 Although the imitation Moutai wine can be sold, the total price is not high, and the profit is not too large. Facing the temptation of Feitian Moutai liquor, many people in Moutai Town have also made fake wine. Business.

Fake Moutai is divided into two categories, the first category is imitation.

In order to prevent counterfeiting, Moutai Group has invested heavily in packaging, logistics codes, labels, inks, anti-counterfeiting labels, and wine bottles are all made of special materials: 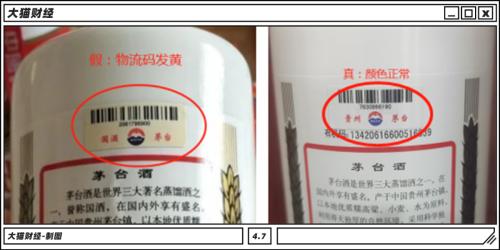 (Under long-term storage, the wine label and logistics code will not turn yellow and discolored)

And imitation wine has too many flaws, and the downstream smoke hotel They can all be identified, so they can never be sold at the price of real wine, but can only be sold to unscrupulous tobacco hotels or liquor dealers at a very low price.

The second kind of fake wine is the high-priced recycling of real wine bottles. This kind of wine is more difficult to make and can often be sold at a higher price.

The reason for such a showy operation is that Moutai's bottle mouth is uniquely designed, so the first method that counterfeiters come up with is to pull out the bottle mouth and pour out the wine. Install again. However, the re-installed bottle mouth either had offset printing or was not reliable, and later someone developed the infusion Moutai - punching a hole in the bottle and inserting a needle to pour other wines. 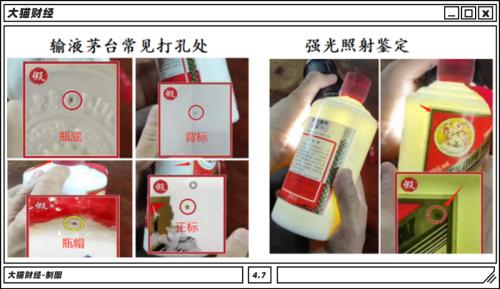 Since the infusion of Moutai was released, a step has been added to identify the wine. After reading the bottle cap and the wine label, you have to take a picture of it with a light.

It's more of an edge shot, which is now the most popular.

These wines are mostly Sanwu products produced by small factories, and they are also sold in offline canteens. A bottle is 10 yuan, and the factory name is not written on the front label. 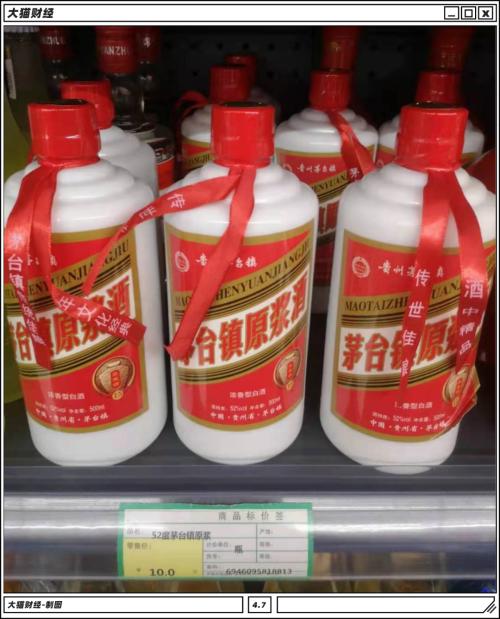 Moutai Group has responded to these various Moutai town wines, all of which are fake products, and the wine label layout and outer packaging are obviously infringed.

However, relying on short videos and live broadcast platforms, these cottage wines are selling quite well. Many anchors grab microphones from manufacturers on the spot, and they bargain fiercely, from quarrels. Upgrade to fighting until the original price of 998 a bottle of wine is reduced to 98 a case.

There are also many wine sellers on social media.

Many of the people who sold tea in previous years are now selling wine. In the clan group, blind date group, and group buying group, the avatar was changed to a photo of a beautiful woman, and the network was widely used to add people, chatting and acting like a spoiled child. : 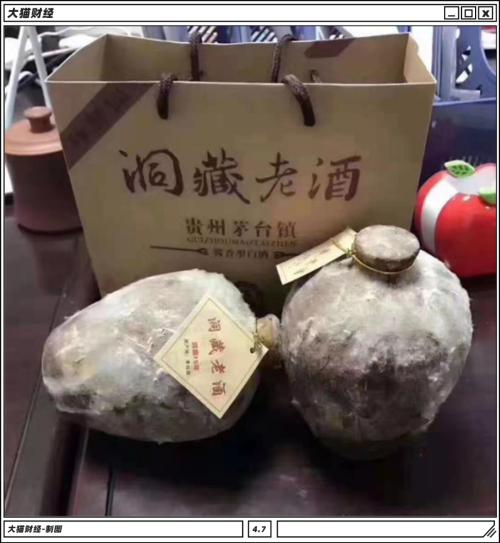 < p cms-style="font-L">This kind of wine, as long as 99 a box, is not old wine at all, that is, edible alcohol mixed with water, and black mold is provided for free.

There is also a type of scam selling alcohol.

Some netizens used to sell self-service on the roadsideI bought something on the plane and found that I actually won the lottery, and the one that I won was pure grain sauce wine from Maotai Town.

Winning the lottery is inherently a pie in the sky, and there is a mentality of not taking advantage of the cheap, and there are many people who have been recruited. This netizen is no exception. He paid 9.9 yuan Fill in the address and wait for the wine to arrive.

After a few days of payment, a case of wine really arrived, but the wine is neither Feitian Moutai nor other series of Moutai wines, it is clearly an unknown The wine produced by the famous small winery, and the delivery fee of 198 yuan is required for cash on delivery!

Maybe you will ask: Why is the shipping of this wine so expensive?

People also said that wine is a fragile item, and the shipping fee itself is very high, and there are a series of operations such as price insurance.

Many people think that since the wine has been sent, they will accept it and pay for it.

A single consumer product can easily affect the capital market worth 87 trillion yuan. It also drives financial innovation and affects the income of hundreds of thousands of people. It has also created a large-scale copycat market, Maotai, which is really becoming more and more difficult to define.