Lunar New Year's Eve | New Year's Eve dinners with different flavors from the north and the south, which one hits your taste buds directly? _ dumpling

Over time, ravioli has gradually transformed from a primitive sacrifice to a popular food. But the reason why dumplings have replaced wontons as the standard for New Year's Eve dinners, is remembered and enjoyed, may be related to the following two points. First, wontons and dumplings were often confused and mentioned in ancient times, such as the "Yan's Family Instruction" by Yan Zhitui of the Northern Qi Dynasty: "Today's wontons are shaped like a moon, and the world can eat them all"; secondly , Dumplings are also known as "Jiaozi", which means the change of age. The thirteenth year of Kangxi's "Tianjin Weizhi" records: "The first month and New Year's Day are so refreshing...Eat all the chips and take the meaning of new Jiaozi", at the same time, "Jiaozi" "Zi" is also the currency of the Northern Song Dynasty, and its shape is similar to Yuanbao. Dumplings have become a symbol of wealth, indicating the good wish of wealth and prosperity in the new year.

In addition, this also explains why in areas such as Zhejiang Ningbo and Fujian Longyan The custom of eating dumplings. It is generally believed that Tangyuan was born in the Southern Song Dynasty, formerly known as the "Yuanzi Guzhi" eaten during the Shangyuan Festival (Lantern Festival) in the Northern Song Dynasty. Influenced by the southward migration of political and cultural centers, tangyuan has subtly changed the eating habits of the southern region. However, due to the subconscious influence of the survivors of the Northern Song Dynasty, the habit of eating dumplings is still preserved to a certain extent. But like dumplings, the production of tangyuan also points to the ritual performance of the birth and birth of life, and like the early wontons, it is also cooked in soup, only the ingredients are different. 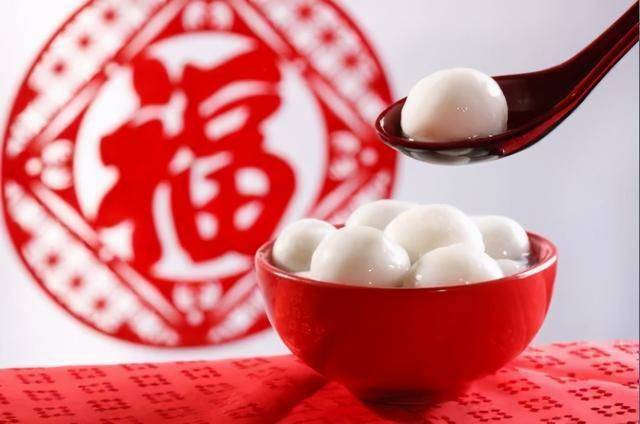 Therefore, Whether it is dumplings or glutinous rice dumplings, etc. More or less, it is derived from a New Year's ceremony, which expresses people's blessings and expectations for the New Year. Several kinds of dumplings, which represent the good meaning of "renewed year by year, good luck, good fortune, and treasures" are also very popular. 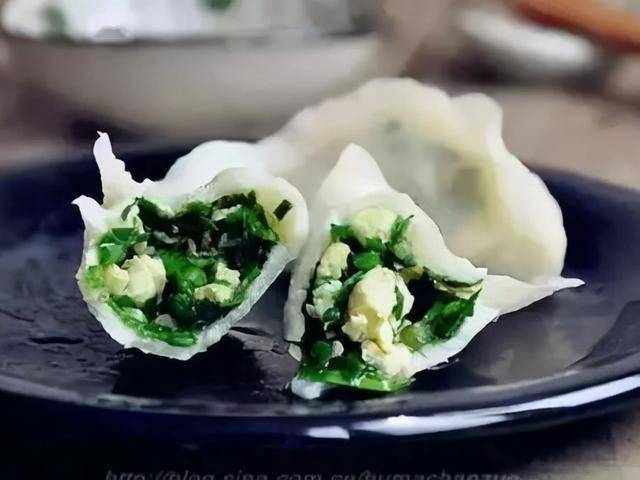 Jiu symbolizes a long time, is a long-lasting food wealth, and a deep prayer for eternity; 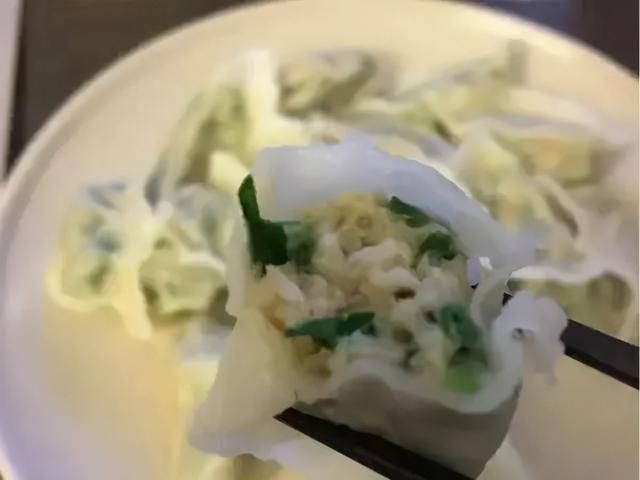 "Fish" has been endowed with "fish" since ancient times. It means more than every year". What you pay is hard work, what you get is wealth, and the rest is health; 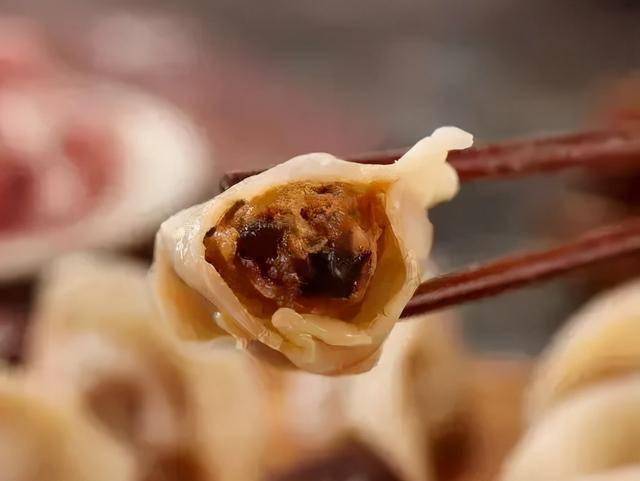 The shape of the mushroom is like an upward arrow, which means upward and full drum;

"Jujube" is homophonic with "Zhao", which means money is coming; 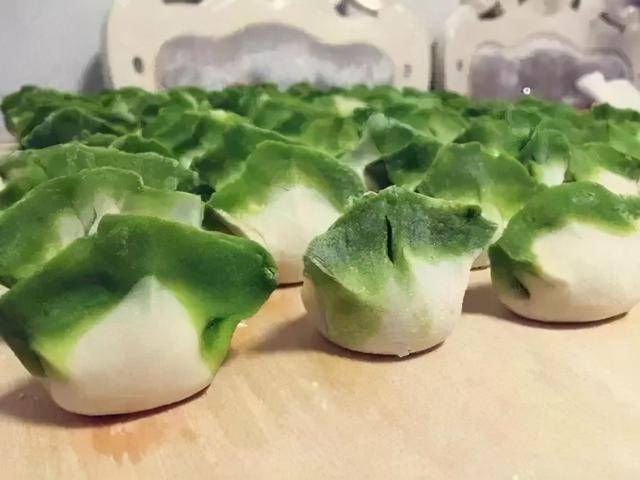 Bai Cai is a blessing for a hundred kinds of wealth; 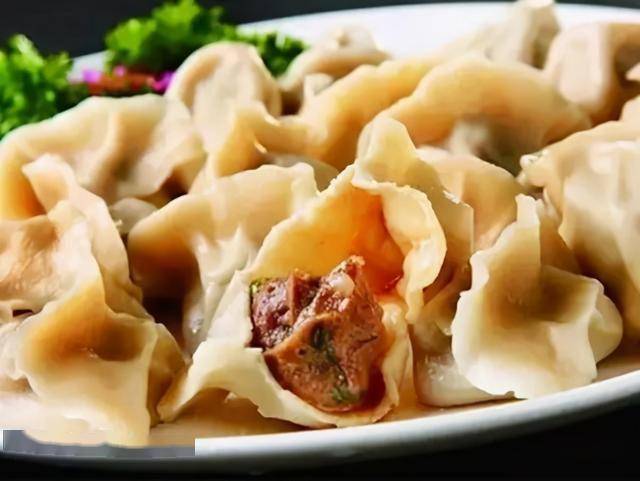 Be bullish, meet a bull market, and be a great man!

In addition to dumplings and glutinous rice balls, there are more hearty dishes on the New Year's Eve table. What other delicious dishes are there on the dining table?

Babao Rice is Beijing New Year's Eve meal One of the specialties, with a sweet taste, it is a good treat for guests during the Spring Festival. The sweet eight-treasure rice, with its fragrance and richness coexisting, is one of the traditional delicacies in my country. 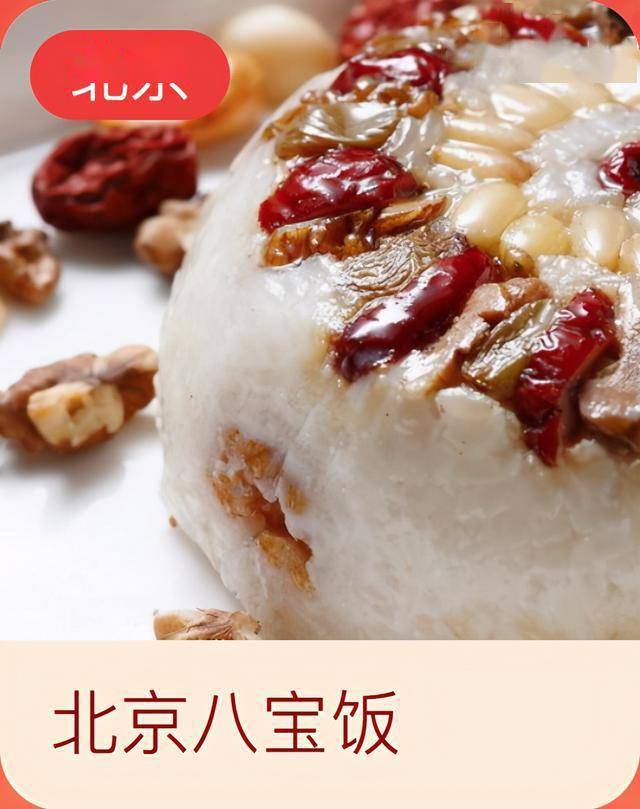 "Marinated" refers to marinated bacon, "Xian" refers to fresh meat (chicken, hoof, short ribs, etc.), "Tu" refers to stewed over low heat the meaning of. Pickled Duxian is a soup cooked with bamboo shoots and fresh and salty pork belly slices. It is a traditional famous dish originated in Huizhou and belongs to Huizhou cuisine.

The taste of this dish is salty and fresh, the soup is rich in white juice, the meat is crisp and fat, the bamboo shoots are crisp and tender, and the umami taste is strong. There are differences in local cultures and tastes in different places. The ingredients vary, but basically include spring bamboo shoots (the original method of Anhui cuisine can also be winter bamboo shoots), pork (including various parts), bacon, ham, louver, lettuce and other ingredients. 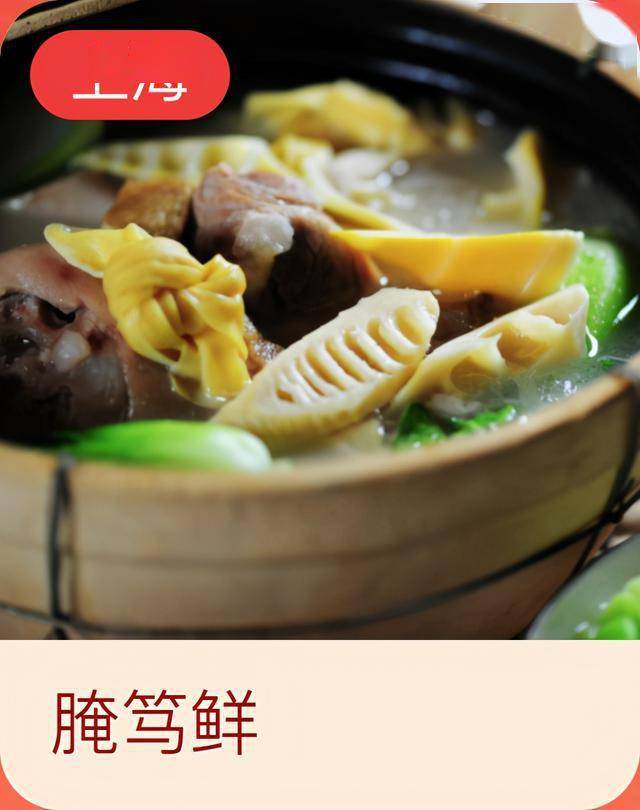 Hand-caught mutton is a traditional food favored by Mongolian, Tibetan, Hui, Kazakh, Uyghur and other ethnic minorities in northwest my country. According to legend, it has a history of nearly a thousand years. It is made of raw materials, and it was originally named after being eaten by hand. In September 2018, it was rated as one of the top ten classic dishes in Ningxia of "Chinese Cuisine".

Also known as Bai Zhan Chicken, it is a Chinese national characteristic dish that originated in Guangdong and is common in southern cuisines. The shape is beautiful, the skin is yellow and the flesh is white, the fat is tender and delicious, the taste is very delicious and very delicious. The meat-colored white butter, with the fragrance of scallion oil, the scallions are trimmed with flowers, and served with minced ginger and soy sauce, it maintains the deliciousness and original flavor of the chicken, and it has a unique flavor. 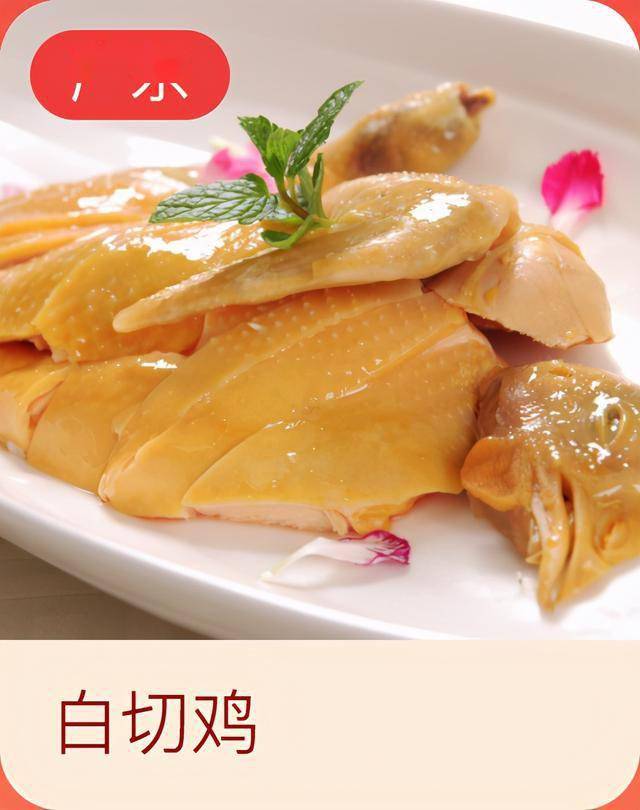 Stewed mutton is a home-style stew with fat mutton as the main ingredient. 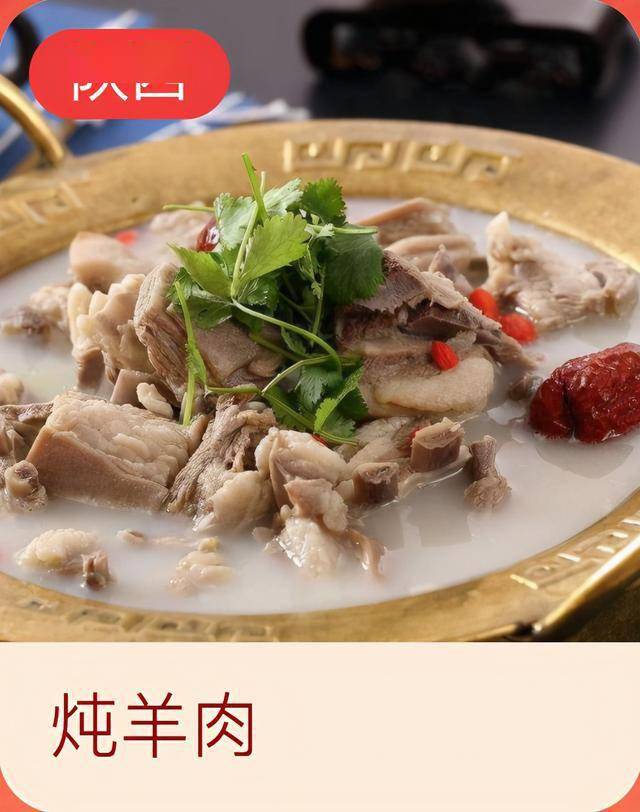 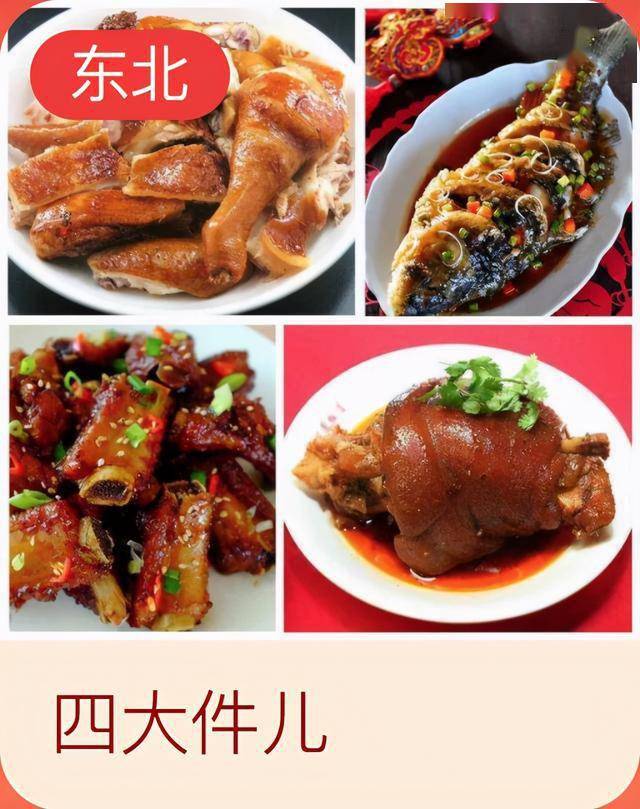 Braised fish is a Hokkien dish made with pomfret. 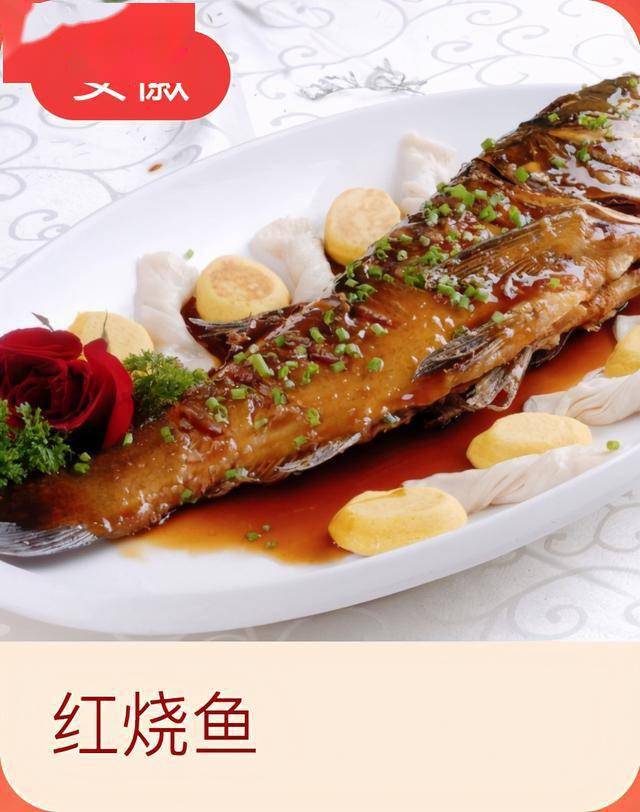 UriWood is a nutritious and pure natural food handed down from Buryat Mongolian ancestors. It is an indispensable delicacy in the daily diet and life of Buryat Mongolians, and it is also the primary food for receiving guests during the Spring Festival, temple fairs, sacrificing bags, parties, weddings, Naadam and other festivals. 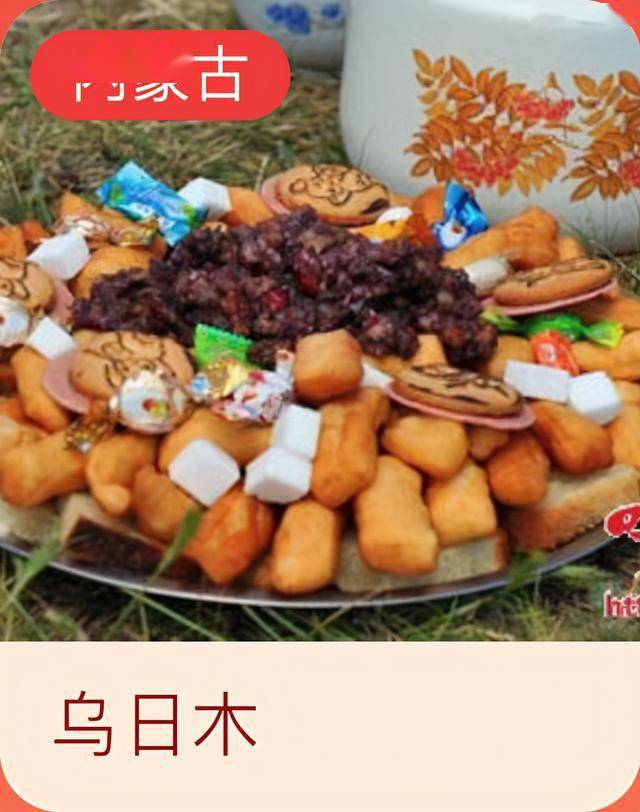 Eating meatballs during Chinese New Year means reunion. The meatballs are made of lean pork and tofu as the main ingredients, supplemented with ginger, chopped green onion, spicy fresh and other condiments. Mince the pork, mix with tofu and knead it into a ball, then put it in a frying pan and fry it. Crispy on the outside and tender on the inside, leaving a lingering aroma after eating. 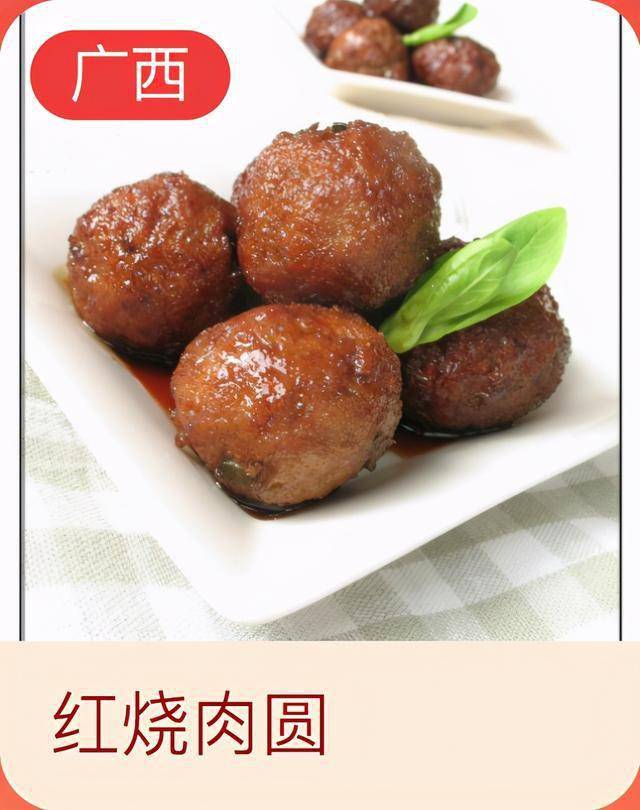 Braised crucian carp is a delicious private dish cooked with crucian carp as the main ingredient, with coriander and red pepper. It tastes spicy and delicious, has beauty and anti-wrinkle, and is rich in nutritional value. 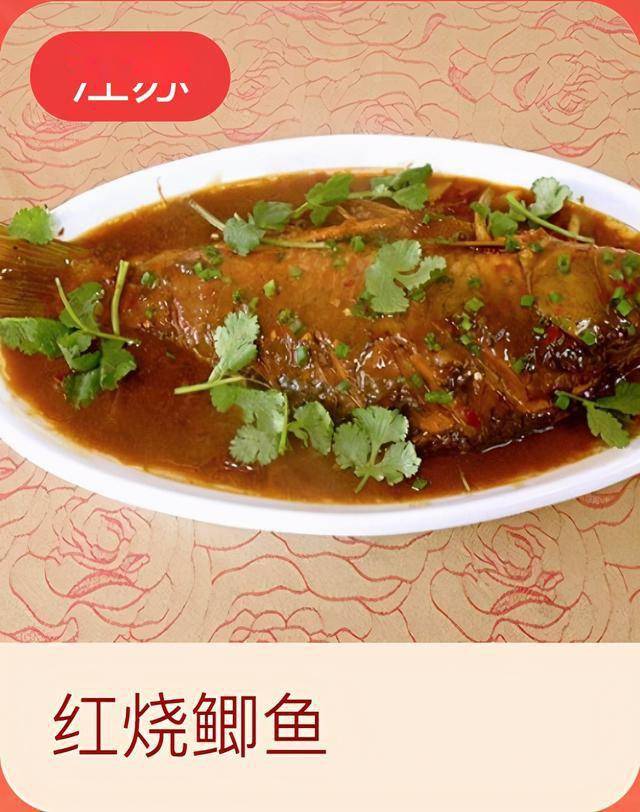 The old oil is the red oil for hot pot that is slowly extracted from all the ingredients with low heat. It is specially used for hot pot red soup. 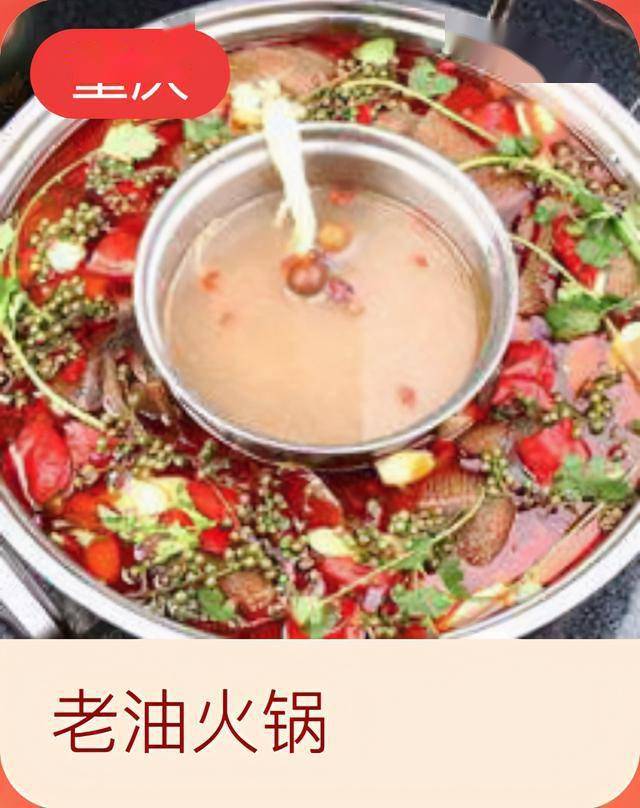 The jar of meat is a traditional dish in Jinan, Shandong, belonging to Shandong cuisine. According to legend, the history of this dish began in the Qing Dynasty. The first person to create this dish is Jinan Fengjilou Restaurant. The chef of the restaurant uses pork ribs with seasonings and spices, and puts them in a magnetic altar to simmer over low heat. It is characterized by ruddy color, thick soup and rotten meat, fat but not greasy, and fragrant taste, which is why the dish is famous. Because the meat is stewed in a magnetic jar, it is called "jar meat". A private dish with pork belly as the main ingredient.

3 kilograms of elbows are served on the table, and the reward is a good luck - Hunan locals call this "pulling the skin", which means "the unhappiness of the past is over, and it is time to welcome Here comes another new year, we have to reinvent ourselves and start anew." 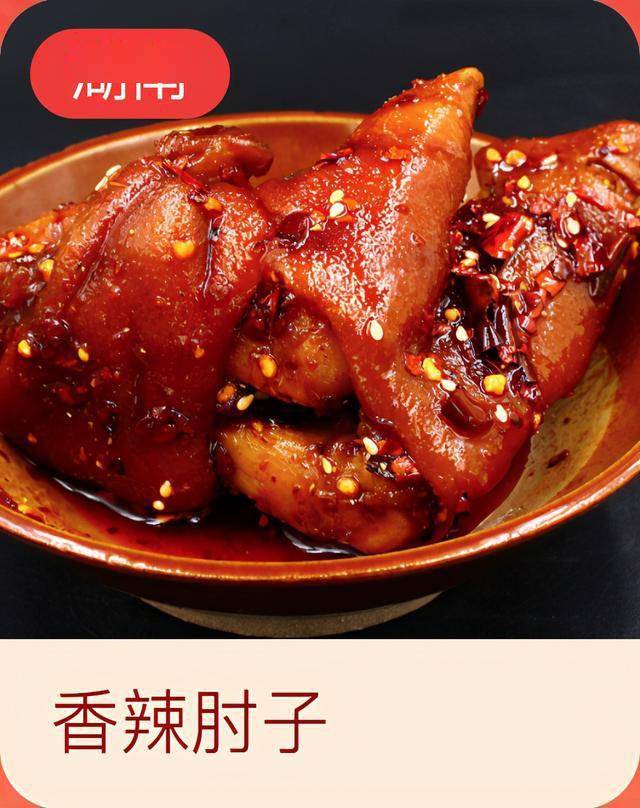 Eel, also known as sea eel, is a light-dried product made from fresh sea eel. 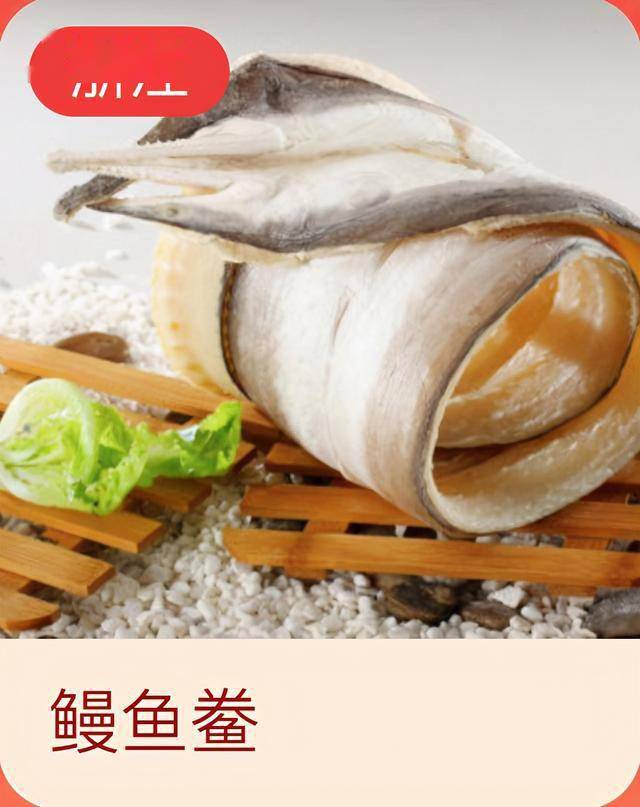 "Gu" means nine, here means twenty-nine, "Tu" means Tuba, which is a kind of noodle porridge. On the twenty-ninth day of the twelfth lunar month, the Tibetans eat Gudu to show the eradication of the old and the welcome of the new. The Tuba groups are wrapped with stones, peppers, wool, charcoal, and coins, representing "hard-hearted", "knife-mouthed", "soft-hearted", "black-hearted" and "rich". Those who eat these things should spit them out immediately, which will make everyone laugh and add to the joyous atmosphere of New Year's Eve.

Fujian: Buddha Jumps Over the Wall

Also known as Fu Shouquan, it is a special dish in Fujian, belonging to the Fujian cuisine. According to legend, this dish was developed by Zheng Chunfa, the owner of the Juchun Garden Restaurant in Fuzhou during the Daoguang period of the Qing Dynasty. According to Mr. Fei Xiaotong, the person who invented this dish was to help beggars. Buddha Jumps over the Wall usually uses abalone, sea cucumber, fish lip, yak skin glue, king oyster mushroom, hoof tendon, flower mushroom, cuttlefish, scallop, quail egg, etc. to gather together, add broth and Fujian old wine, simmer over low heat made. After the dish is cooked, it is soft, tender and moist, rich in meat fragrance, meaty but not greasy, and tasteful. 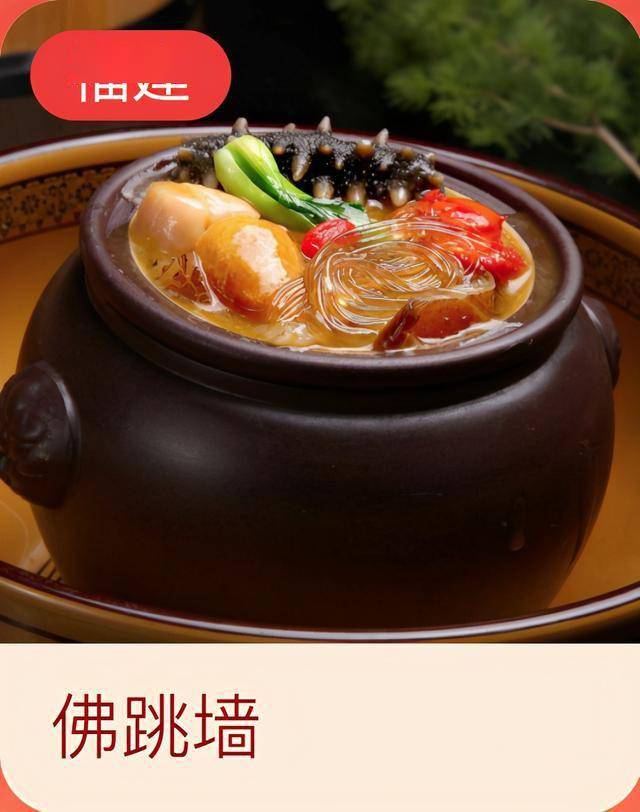 Chinese sausage refers to meat products with Chinese characteristics, which are made of meat as raw materials, cut into cubes, mixed with auxiliary materials, poured into animal casings, fermented and matured. It is one of the most diverse meat products in China. Large category of products. Chinese sausages were created before the Southern and Northern Dynasties, and the "enema method" contained in the "Qi Min Yaoshu" of the Northern Wei Dynasty was first seen, and its method has been handed down to this day. The main producing areas are Guangdong, Guangxi, Sichuan, Hunan and Shanghai. All kinds of sausages are made in roughly the same way except for the slightly different ingredients. 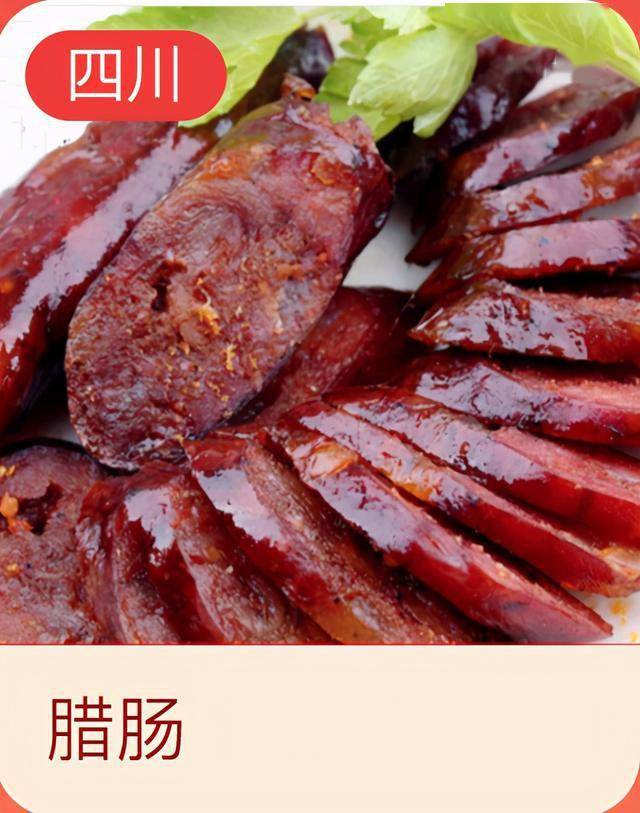 The food custom in Shenzhen, Guangdong and the New Territories of Hong Kong is said to have originated in the late Southern Song Dynasty and has a history of hundreds of years. It is a kind of chowder. Traditional pot vegetables are served in wooden or antimony pots. Every festive festival, such as the opening of a new home, the opening of an ancestral hall or the lighting of New Year's lights, the villages in the New Territories will hold a Poon Choi feast. 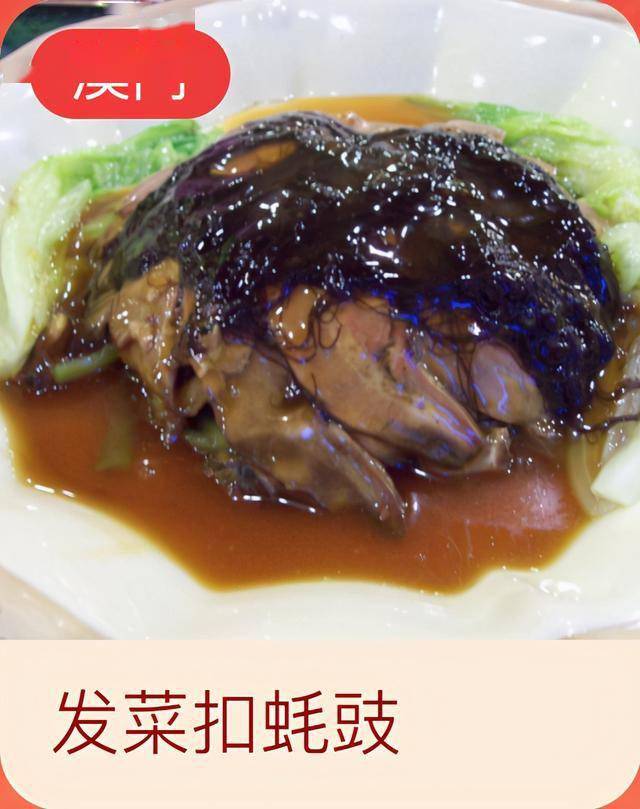 In Taiwan, the whole mustard greens are often boiled in clear water, which is called "long-year vegetable" or "next year's vegetable". When cooking, it does not remove its head and tail, which means head and tail. 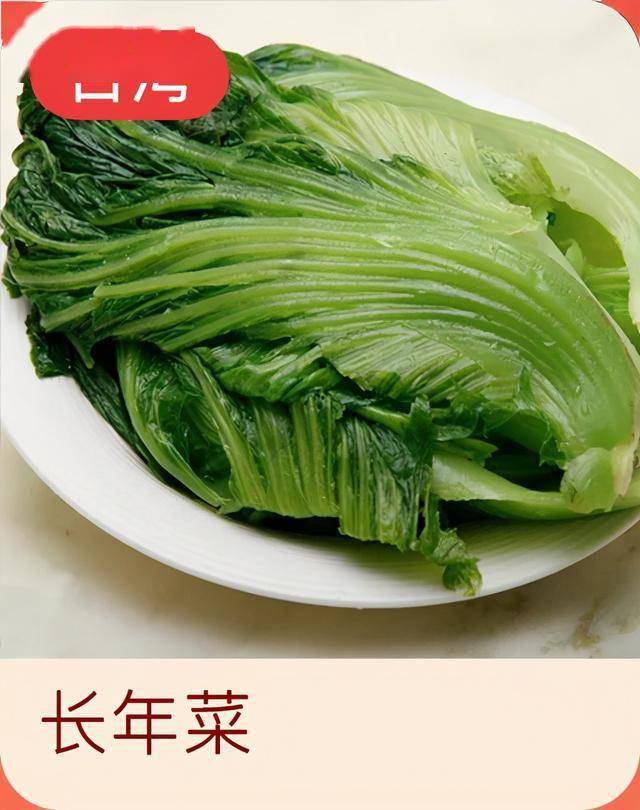 HOT ON THE TOP

Great news! China's new crown pneumonia vaccine will be launched at the end of this year as soon as possible, and Sinopharm Group has entered the pre-production preparation work for the vaccine

Greenland Group responded to the corruption scandal of executives, and it is imminent to fight corruption in the real estate industry!

Copyright Notice: People's Famous Products is committed to intellectual property protection and respects the rights and obligations of copyright owners. Some pictures in the article come from the Internet, and the contact information and authorization of the copyright owner cannot be obtained in time. If copyright issues are involved, please contact us as soon as possible, and we will deal with it in a timely manner. Thank you for your understanding and cooperation!