The most complete collection of southern red carvings in history (series three)!

Arhat: Arhat is the indestructible body of a vajra, and can turn evil into good fortune.

Dragon Fish: The dragon head fish body, is the carp that gets the dragon ball and becomes, the fish becomes the dragon - metamorphosis. 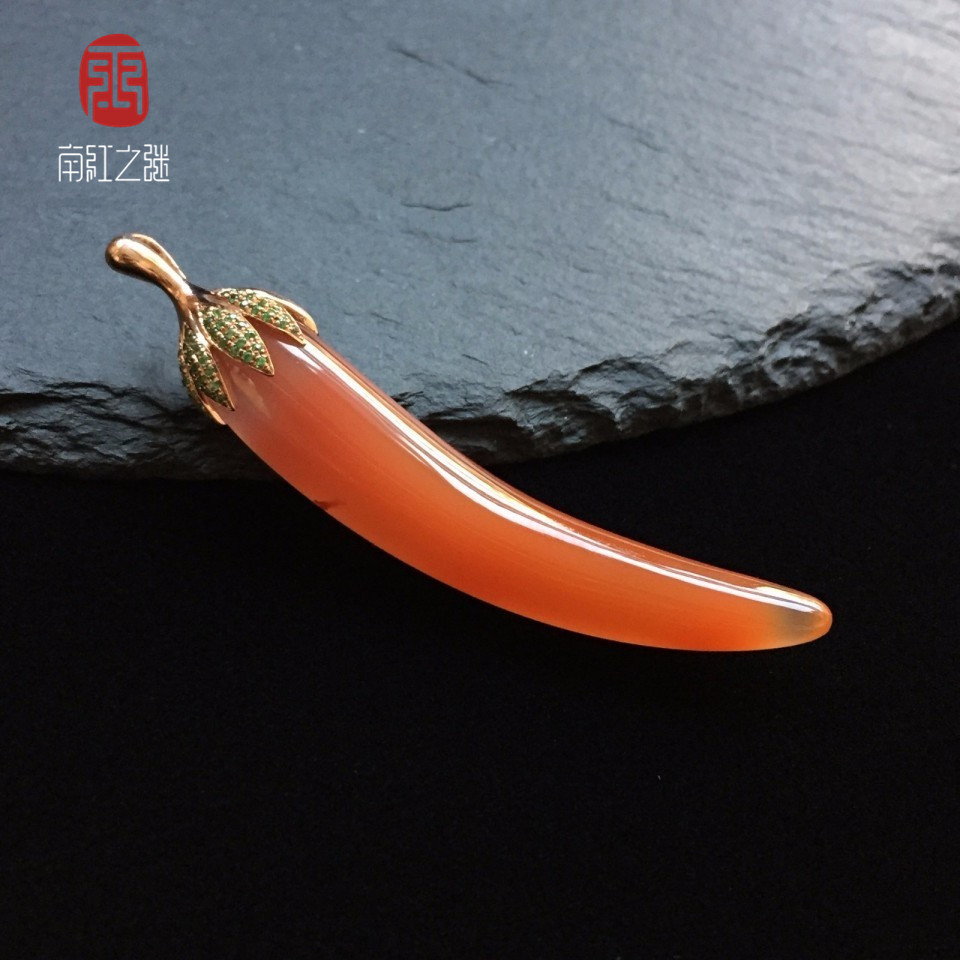 Chili: Chili is homophonic with (jiao, Zhao), Wearing emerald chili peppers means that you will get rich and lucky, and you will be prosperous.

Orchid: It is a symbol of beauty, purity, purity, virtue, and elegance, because orchids are of high quality and "a gentleman in flowers" The name. Together with the sweet-scented osmanthus, it means Langui and Qifang, which means that the descendants are excellent.

Egret: With gorgeous plumage, male and female are inseparable. It means a safe journey, and being with the lotus means Lianke all the way. 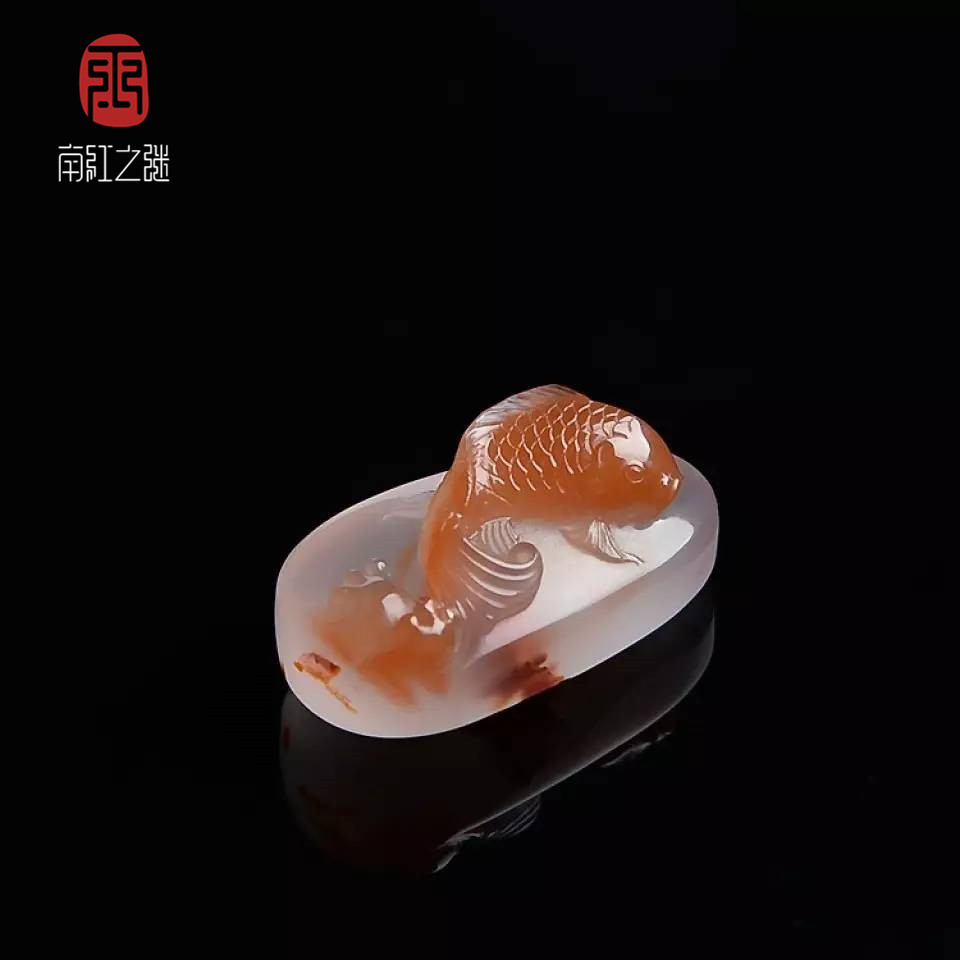 Passepartout: All roads are open. It can be turned back and forth, also known as wealth rolling. 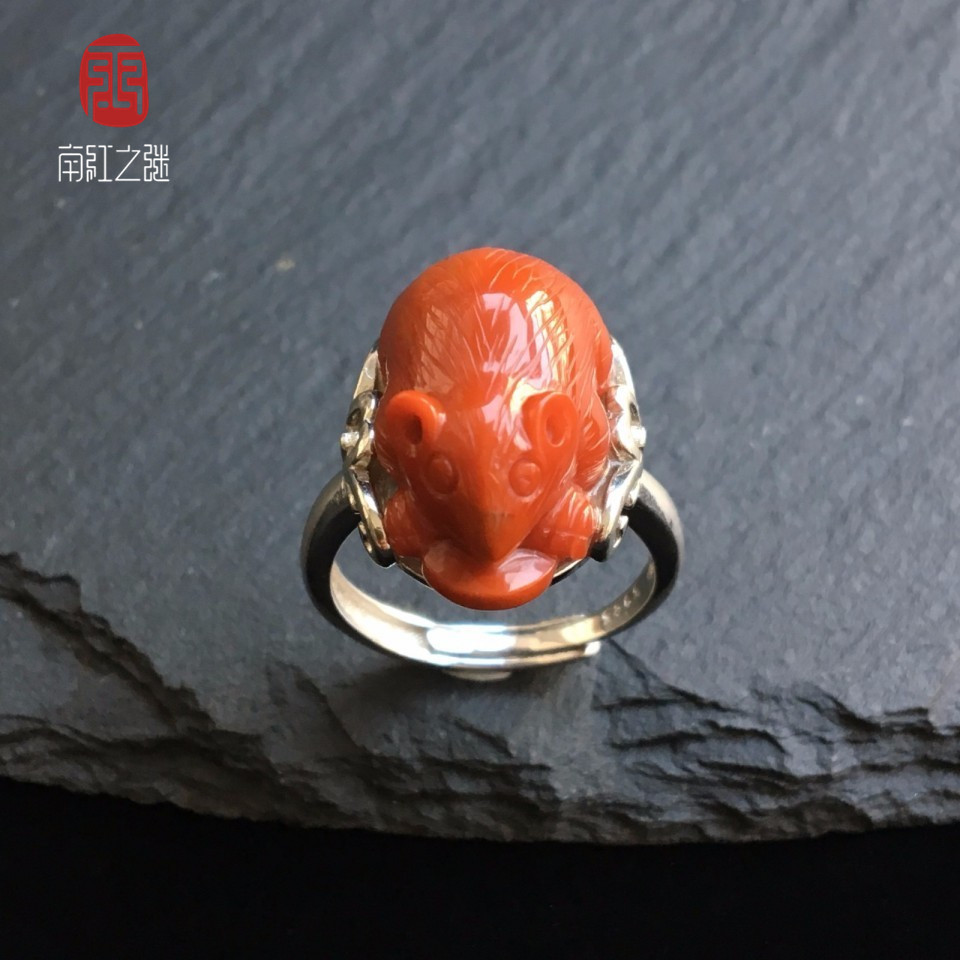 Year after year: There are water and fish under the lotus and lotus leaves, and it is difficult to be rich.

Year after year: The lotus and lotus leaves are carved on jade pieces, which are very satisfying, people-friendly, and foot-smooth. 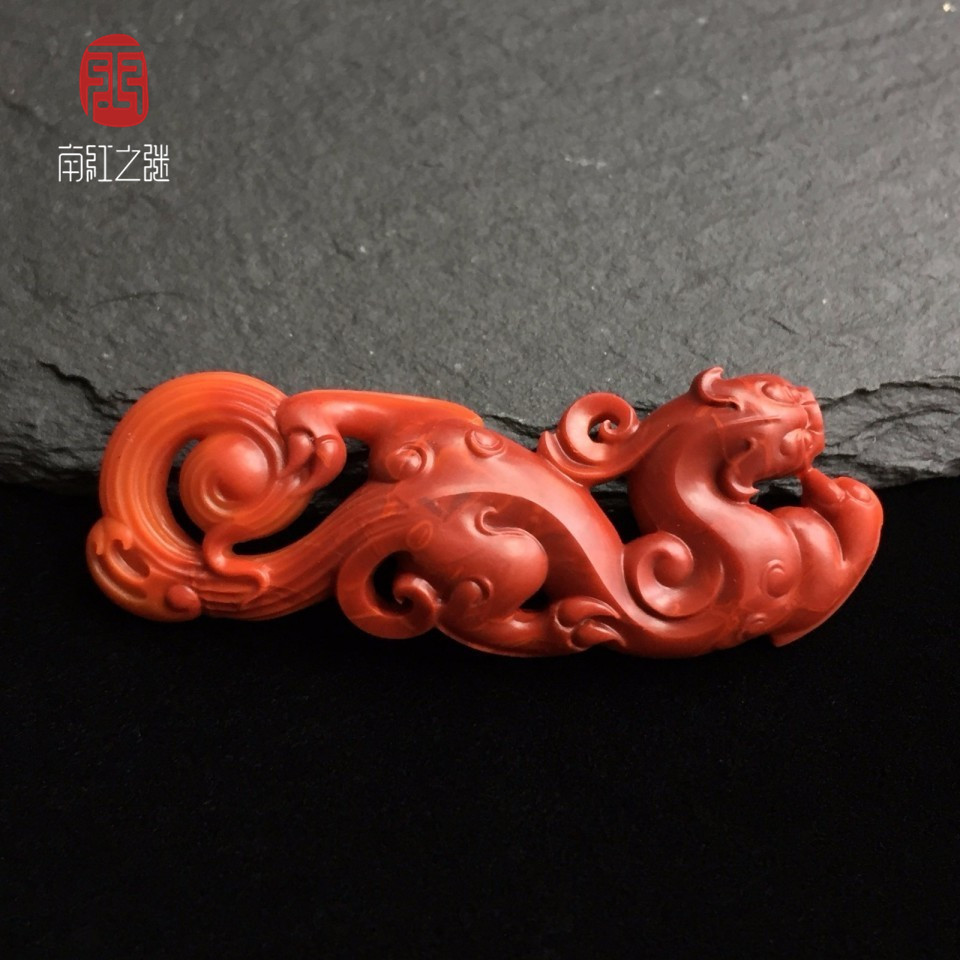 Nine sons born to the dragon: The legend says that the dragon gave birth to nine sons , each has his own advantages, such as good water, good fire, good fighting, good weight bearing, good money, good patrolling, good roaring, good food, good guardian. They are (shaped like a turtle, so they can carry a lot of weight. They can be seen carrying stone tablets in palaces, ancestral halls, and mausoleums everywhere. In the various sayings of LongziIn the law, Pinggu is generally ranked first among the nine sons. ), Chi Kiss (like to look around, often arranged on the ridge of the building, like a mouth swallowing the ridge, and a sword to fix it), Pulao (with rock and roll temperament, like music, also likes to roar. Ancient musical instrument bell top It is used to decorate the temple, and his figure can also be seen on the bell buttons on the temple bell.), Biqi (in charge of the prison. It is often decorated on the lintel of death row. Because of its shape like a tiger, it is popular among the people. There is a saying of tiger head prison), Su (the body has Buddha nature, likes incense, which can be seen on the incense burner cover. Moreover, Suan is also the mount of Manjushri Bodhisattva, which can be seen in temples dedicated to Manjusri Bodhisattva. In the dojo of Manjushri Bodhisattva On Mount Wutai, there is also a temple dedicated to Suwan. Because Suwan is the fifth son of the dragon, the temple is called Wuye Temple, which has a great influence on the local area. Yichong once visited this temple, and the incense is very strong.), glutinous food (food) He is a glutton and is gluttonous. Taotie patterns are often seen on bronze wares unearthed in the Xia and Shang dynasties, which are ferocious monsters with a head and no body), Jiezhen (a ferocious and irritable temperament, likes to fight and kill. This is what the folk idiom "Jiazhen will report" said. Statues are usually seen on the handles of some weapons, or on the rings at the end to enhance murderous aura), Shutu (shaped like a snail, with a docile temperament and a little autism. So he was arranged on the door to be enthroned. The door knocker, so as not to patronize at night), Pixiu (in the south and Southeast Asia, it is called the ninth son of the dragon, with a big mouth and no anus, only can't get in and out, which is deeply loved by gamblers. Macau casinos put a jade Pixiu, Yuyi's mouth eats all over the place, only earning but not losing). 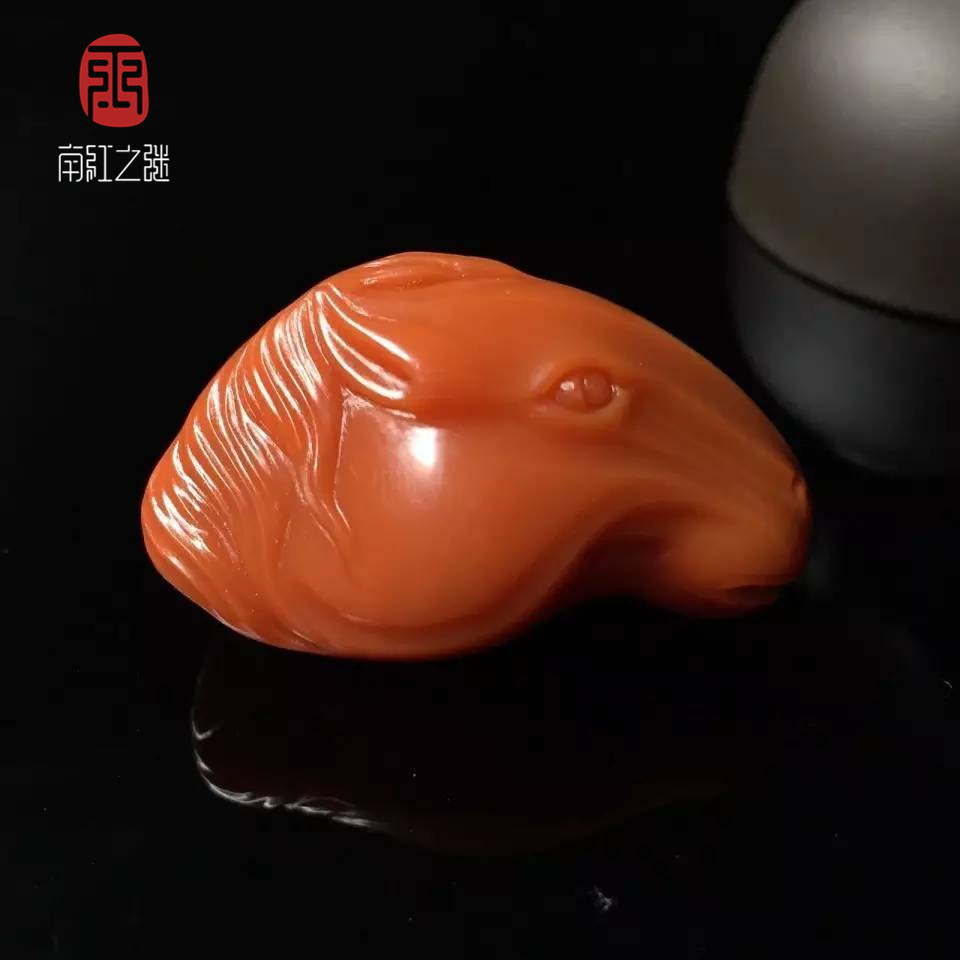 Plum Blossom: Ice muscle and jade bone, cold and fragrant, it makes people work hard, and it is also an auspicious symbol of the Spring Festival. It is a symbol of being together with magpies.

Peony: Beautiful and charming, graceful and luxurious, with a combination of color, fragrance and rhythm, "peony, the rich and noble of flowers", "national color and heavenly fragrance", "flowers bloom and rich and noble" It means prosperity, happiness and peace. The wealthy peony, together with the bottle, means wealth and peace. 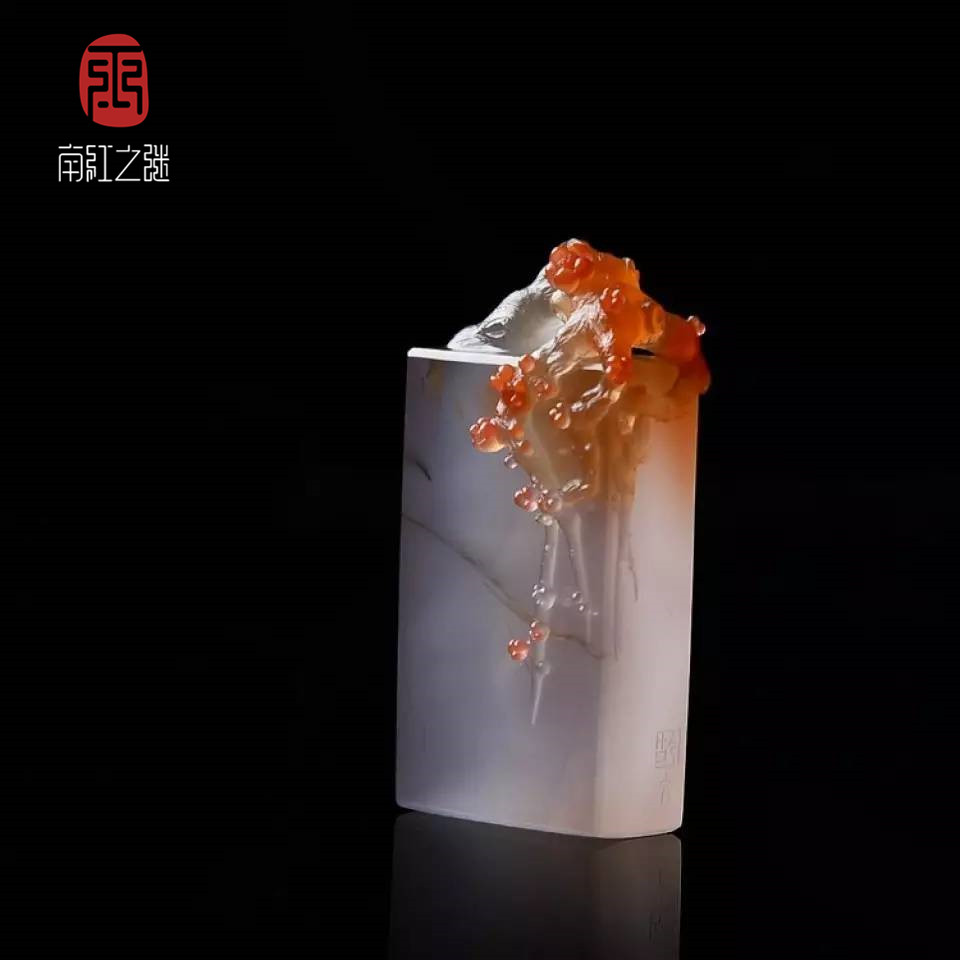 Happy brows; Pine, bamboo and plum together mean the three friends of the cold season.

Magu's birthday: A fairy in legend, often used to congratulate women on their birthdays. Bull: Turn things around. Diligent and rich, buying stocks has the meaning of a bull market, and those who wear and participate can make money.

Catfish: There is more than enough.

Nuwa mending the sky: According to folklore, Nuwa smelts five-colored stones to mend the sky. 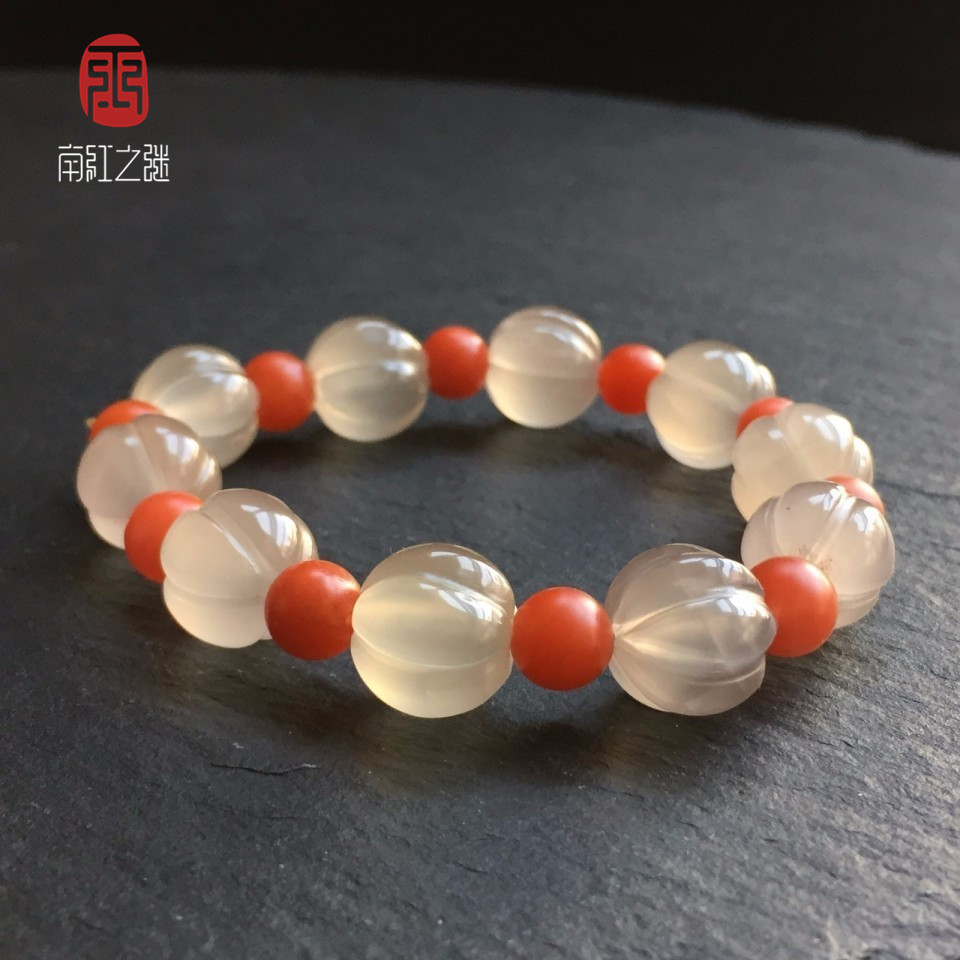 Pumpkin: Represents the golden nest, the blessing nest, the meaning of wealth 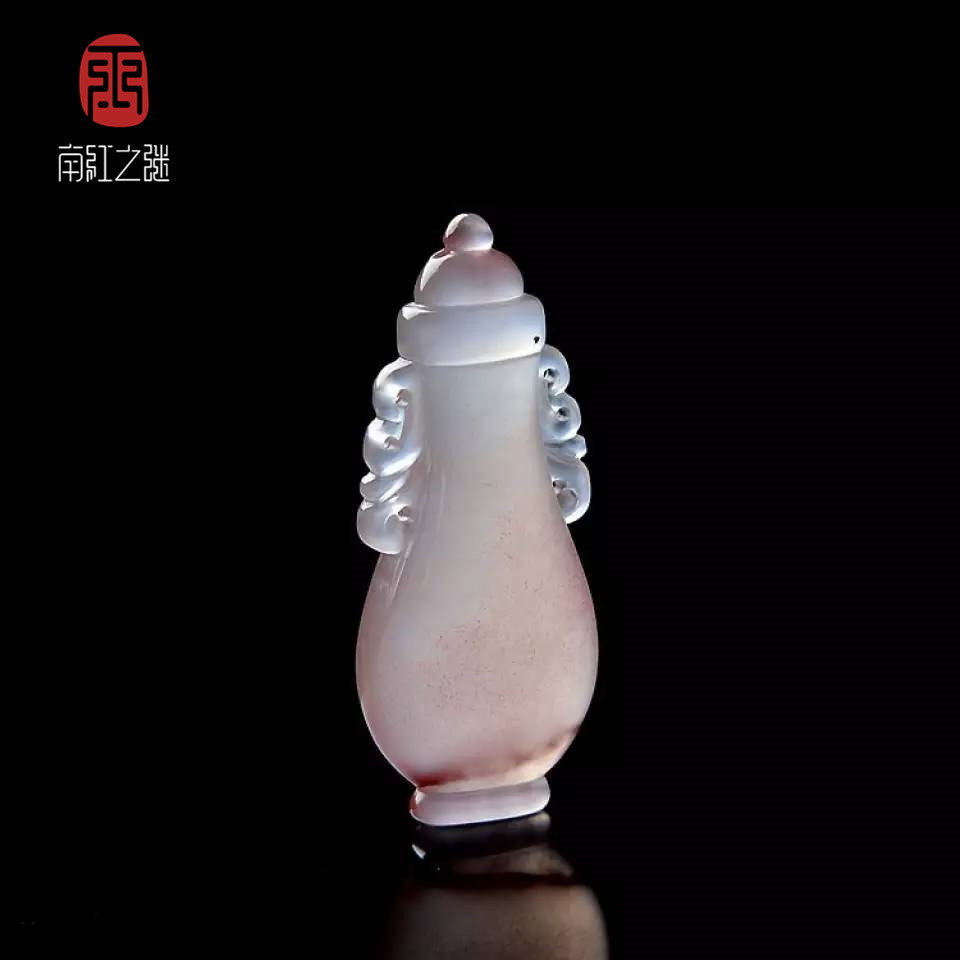 Vase: or vase, meaning peace. Being with Quail and Ruyi means peace and good luck. Together with the bell, it means the peace of all beings.

Crabs: Wandering the world, making money from all directions.

Grapes: Because the grapes are plentiful, it is used as a metaphor for a good harvest; it symbolizes success in one's career and in all aspects. Pixiu: According to records, the Pixiu is a fierce beast, one of the five ancient auspicious beasts (Dragon, phoenix, turtle, unicorn, Pixiu), known as the beasts of fortune. Pixiu was once the totem of two ancient clans. Legend has it that he helped the two emperors Yan and Huang in battle and was awarded the title of "Tianlu Beast", which means God bestows blessings. It is specially designed for the emperor to guard the treasure, called "Emperor Treasure". Because Pixiu likes to eat beasts and evil spirits, it is also called "to ward off evil spirits". Ancient Chinese feng shui scholars believed that the Pixiu was a lucky beast that turned disaster into auspiciousness. PixiYao has twenty-six shapes and seven, seven, forty-nine incarnations. It has a big mouth, a big belly, no anus, and only eats and does not pull. The master gathers wealth and holds power. Gu Xian believes that fate is doomed, but fortune can be changed, so there is a good wish among the people that "touch the Pixiu for strong fortune, then touch the Pixiu for wealth, and touch the Pixiu three times." Level 3: Three halberds in the vase. It also means more than auspiciousness.

Pangu opened the world: According to folklore, the ancestor Pangu split the world with an axe. Kylin: Auspicious to ward off evil spirits, the Kylin will send children. Auspicious beasts only appear in times of peace and prosperity. Unicorn, dragon, lion head: ward off evil and welcome blessings.

Auspicious beasts: Together with bats, copper coins, and magpies, it means fortune, luck, longevity and happiness. 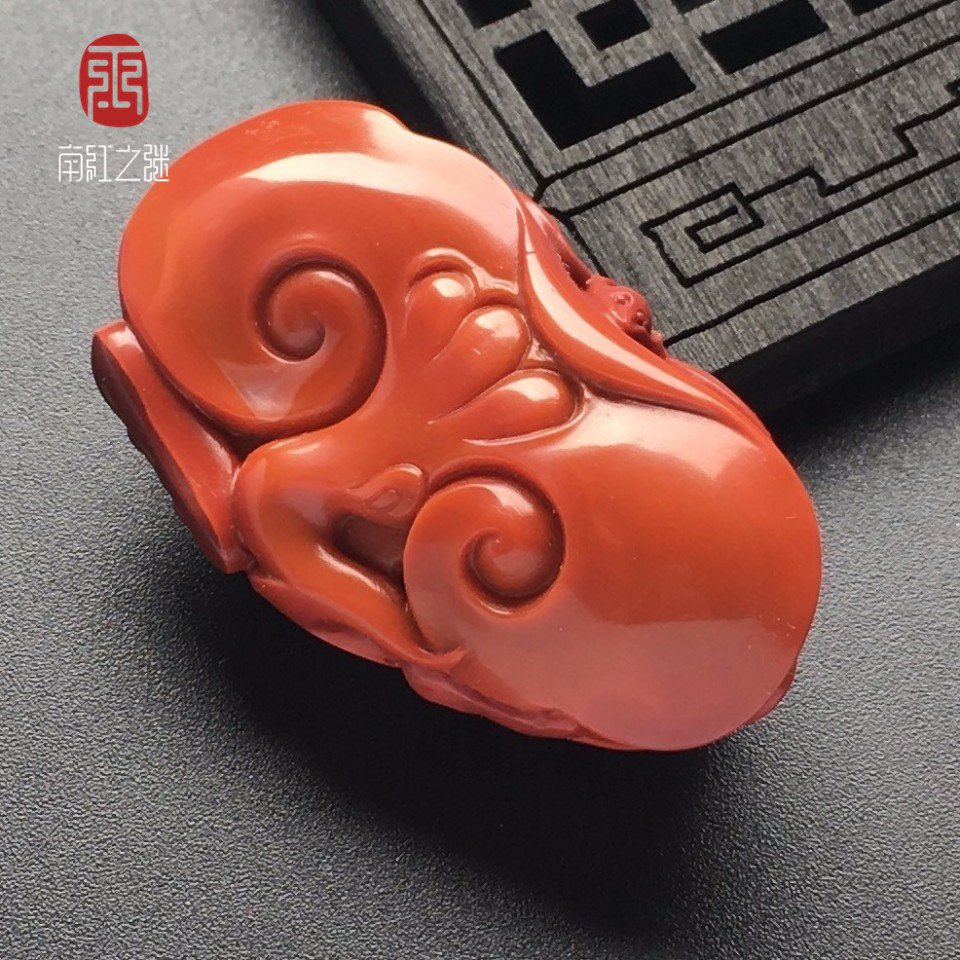 Ginseng and Ruyi: Life is Ruyi

or You can also learn more about us from

The Mystery of Nanhong is a brand of the Emerald Dynasty, headquartered in Nanhongyuan The place of origin is in Qionghai National Ecological Wetland Park, Xichang City, Liangshan Prefecture, covering an area of ​​more than 3,000 square meters. The short-term goal of Nanhong Mystery is to build the largest Nanhong monomer project in China's jewelry and jade industry. In the long run, it is the pursuit of building a world-renowned jewelry and jade brand with oriental taste! Nanhong Mystery insists on free return and exchange within 7 days. , determined to change the chaos in the industry. At the beginning of the company's establishment, it was clear: "Never be a low-quality Nanhong, never be a counterfeit Nanhong, and never make a profit that goes against your conscience", and is committed to building a trustworthy, A banner brand that actively promotes the continuous and healthy upgrading of the Nanhong industry.

If you want to enjoy more high-quality Nanhong boutiques, please go to

1 Stock bull picture cartoon (stock bull picture mobile wallpaper)
2 Our Spring Festival | Shizhen China, to express one year of thanks for you! _ Brown sugar
3 "Ox" couplet in the year of the ox _ couplet
4 2022 Spring Festival couplets Daquan (not tacky Spring Festival couplets)
5 Nine-character couplet of the Year of the Tiger
6 China in Symbols: From Beast Totem to Auspicious Symbols
7 Calendar for the Year of the Ox, I don't love the famous masterpieces of the past dynasties, but I love the cows he painted, because the eyes of the cows he painted are affectionate _ Pictur
8 New Year's energy looks better|31 wallpapers, come and find your company!
9 Stock bull picture mobile wallpaper (stock bull picture cartoon)
10 Weekly Highlights Review: List of National Cultural Industry Demonstration Parks Announced; Three Major Operators Will Be Delisted From U.S. Stocks