Real Estate Tax Legislation Sets Timeline! When will it have any impact? what experts say

The progress of real estate tax legislation, there is another big news!

Subsequently, Wang Jun, director of the State Administration of Taxation, said that the real estate tax legislation will be steadily advanced this year. Previously, on March 5, Premier Li Keqiang of the State Council also made arrangements in the government work report to "improve the local tax system and steadily promote real estate tax legislation".

A number of industry insiders said that comparing the statements on real estate tax in last year's and this year's government work reports, as well as today's relevant information, it is clear that the legislation of

Do a good job in legislation related to real estate tax and environmental protection tax". The 2018 government work report expresses the real estate tax in a separate sentence - "

In 2018, in the legislative plan of the 13th National People's Congress Standing Committee (a total of 116 pieces) authorized by Xinhua News Agency, real estate tax was included in the first category of projects, that is, the conditions are relatively mature . Among the draft laws (69 pieces) to be submitted for deliberation during the term of office. 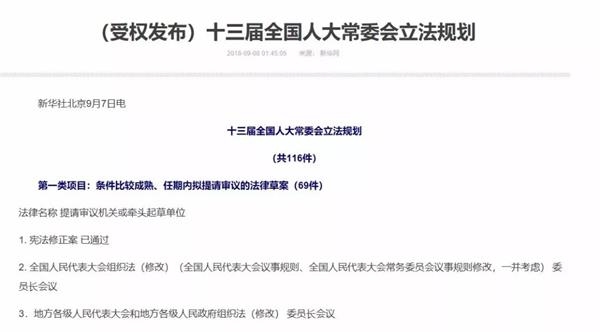 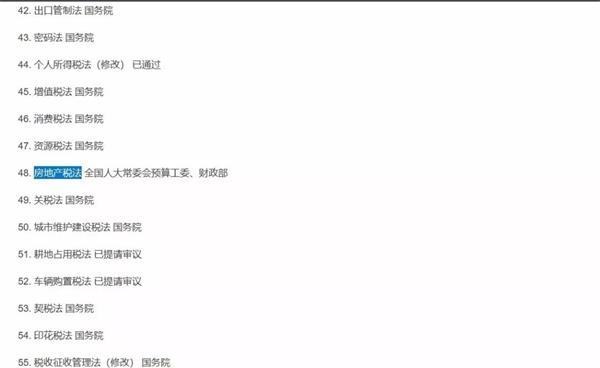 According to media reports, the relevant person in charge of the Standing Committee of the National People's Congress said at the time: Legislative projects such as legislative planning should be completed in principle, but due to new changes in the situation, it is indeed difficult to submit for deliberation as planned, or if adjustments are required, the relevant parties shall make a written explanation to the Standing Committee of the National People’s Congress.”

A legal person said that this statement means that if there are no special circumstances, before the end of the term of the current National People's Congress in March 2023, the real estate tax law should be completed or submitted for deliberation. .

The 2019 government work report pointed out that "the local tax system will be improved and the real estate tax legislation will be steadily promoted". Compared with 2018, it has changed from "steady progress" to "steady progress".

It is unlikely that it will land within three years

Yuan Chengjian, vice president of Zhuge Housing, said that the recent statement means that As the legislative work of the real estate tax law has a relatively clear timetable, the preliminary research work and drafting work may have been substantially advanced.

Zhang Dawei, chief analyst of Centaline Real Estate, believes that from the expression of "steadily advancing real estate tax legislation" this year, real estate tax has gradually entered the formulation process, although it still needs to be implemented. For a certain period of time, it is unlikely that it will be implemented within three years, but the real estate tax is expected to continue to accelerate. Compared with previous years, there have been significant changes in the regulation of the property market, from a short-term mechanism represented by various restrictive policies in the past to a long-term mechanism.will play an increasingly important role.

Zhang Dawei said that under the current governance framework,

there are two main prerequisites for levying real estate tax: one is to pass the legislative process, and the other is to establish a nationwide real estate information network Dynamic evaluation system for registration and house prices.

Yan Yuejin, research director of the Think Tank Center of E-House Research Institute, believes that the legislation and promotion of real estate tax is the content of the reform of the fiscal and taxation system, and cannot be simply understood as the need to suppress the real estate market. tax ideas. Even if real estate tax is levied, it will take into account the need for housing.

For example, Shanghai's per capita housing of less than 60 square meters is not taxed. If the real estate tax is really implemented, it will force some landlords to rent out their houses, which will be good for housing prices to de-bubble and encourage the development of the rental market.

Yuan Chengjian said that the real estate tax is piloted in Chongqing and Shanghai, and the impact on the market is relatively small. On the one hand, the tax rate is set relatively low; on the other hand, the levy is for specific properties, and new properties may be levied selectively, and there is a relatively high exemption ratio. Generally speaking, the impact on the market is very small, and the actual amount collected each year is also very low. It is expected that the introduction of the property tax will definitely curb the enthusiasm for speculation in the property market, and the property market will enter a state of relatively stable and healthy development.

7 types of houses may be worth paying attention to

Zhang Dawei said that the collection method of real estate tax in the future may be based on per capita income. A certain number of square meters are exempted, and the excess part is subject to real estate tax according to the assessed value. There are several types of houses that may be worth paying attention to in the future:

1. Houses with a small area but a large actual area. Houses with a high proportion of gifts, such as many villas of 90 square meters, only have 2 bedrooms in the house book, but the developers have given away a large area of ​​houses.

6. Commercial and residential apartments in the core area. At this stage, the price is strictly controlled, and the price has dropped significantly, but the real estate tax has been taken into consideration, and these houses are worth buying in the future.

8. Rural houses may be more valuable. From the perspective of land, after the real estate tax is levied, the transaction value of rural homestead land will increase in the future.