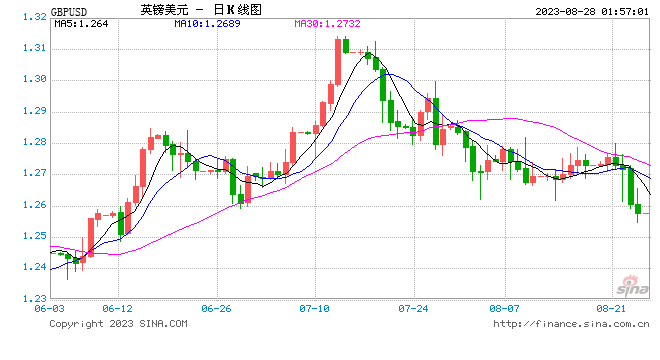 According to CCTV news, the World Health Organization Regional Office for Europe It was confirmed on the 20th that at least three countries outside the United Kingdom have found confirmed cases related to the mutated new coronavirus, including 9 cases in Denmark and 1 case each in the Netherlands and Australia. WHO calls on countries in Europe to tighten epidemic prevention measures, and calls on countries around the world to step up screening and sorting of the new coronavirus, and to report relevant information in a timely manner.

The WHO also said it had noted "preliminary indications" that the mutated new coronavirus, which began appearing in the UK in September, is "transmitting faster from person to person" and may spread. It affects the accuracy of some diagnostic tests, but there is currently no evidence that the mutated virus is more lethal or causes more severe symptoms.

British Sky News reported on the 21st that British Prime Minister Johnson is holding an emergency meeting to deal with the shortage of imported food caused by the blockade of many countries on the UK. At least 26 countries have adopted different levels of blockade measures against the UK. 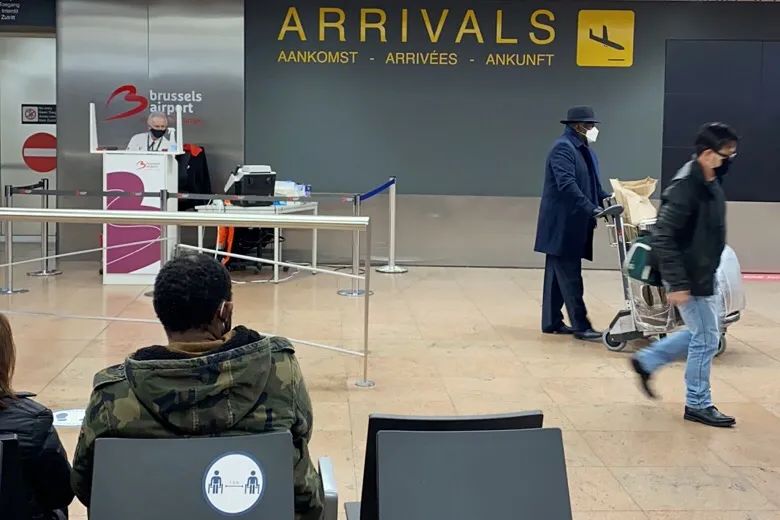 According to CCTV news, on December 21, Foreign Ministry spokesman Wang Wenbin hosted a regular press conference. A reporter asked a question. According to reports, a new mutated strain of the new coronavirus has emerged in the UK, and many European countries have suspended flights from the UK. How does China respond to this?

Wang Wenbin said that we have noticed relevant reports, and China will seriously study it and handle it scientifically and properly to ensure that the exchanges between Chinese and foreign personnel are carried out in a healthy and orderly manner.

According to Overseas Network, Johnson discussed the shortage of some imported food at a high-level meeting, and the government is worried , if the port is closed for more than two days, some food will run out in a few weeks. In addition, the suspension of freight between Britain and France will not only affect the supply of food, but may even affect the supply of new crown vaccines. 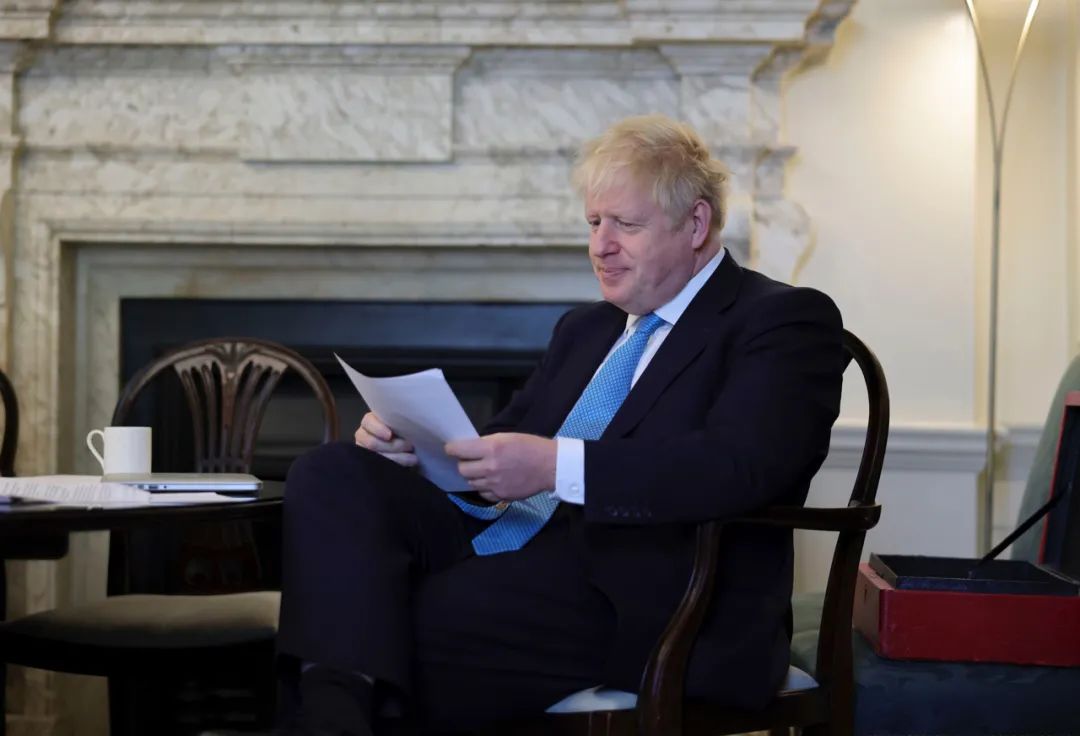 According to CCTV news, on the 20th local time, London, the capital of the United Kingdom, and some surrounding areas began to upgrade the epidemic prevention measures and became a four-level blockade control area. After the news was suddenly announced on the afternoon of the 19th, nearly 300,000 residents passed the test. Rail, road and other means quickly "escape" London.

"The Sun" pointed out that many train stations in London were like "battlefields" on the evening of the 19th. Before midnight, a large number of passengers fled London by train. Passengers heading to Paris also formed long queues at London's St Pancras train station, a rare occurrence throughout this year's pandemic.

"London Evening Standard" reported: British Health Secretary condemned those who fled London irresponsible. In an interview with Sky News on the 20th, Health Secretary Matt Hancock said: "This is irresponsible. It is our government's responsibility to do a good job in epidemic prevention, and every individualalso have responsibilities. I ask everyone to live up to their responsibilities, and only if everyone takes action can the epidemic be brought under control. ”

According to CCTV news reports, the British Department of Health and Social Care announced on December 20 that in the past 24 hours, there were 35,928 new confirmed cases of new coronary pneumonia in the United Kingdom, bringing the total number of confirmed patients this year to 2,040,147. There were 326 additional deaths and a total of 67,401 patients who died within 28 days of being positive. The current average of 265 people per 100,000 people in the UK has been diagnosed with new coronary pneumonia. 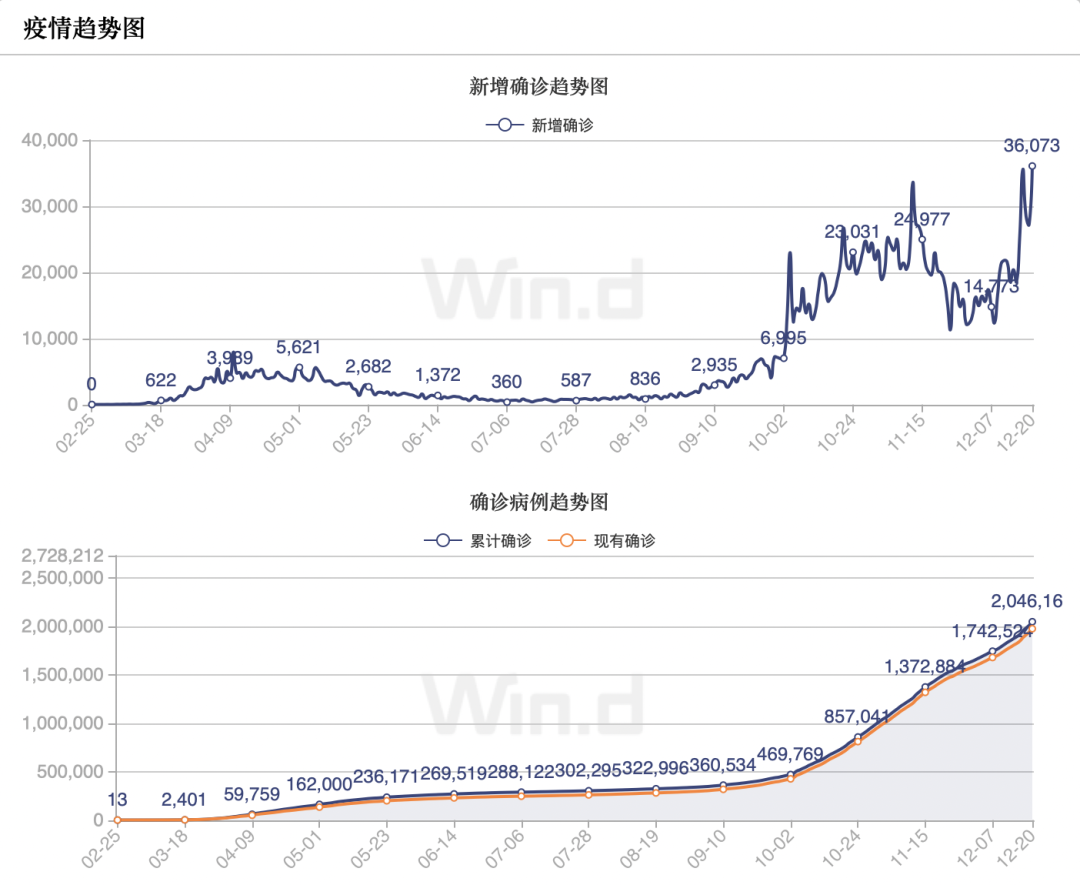 French Minister of Health: Interrupting the flow of people in the UK is a necessary precaution

According to CCTV News, on the 21st local time, French Minister of Health Verand said in a morning radio interview that France's interruption of the flow of people from the UK is a necessary precaution against the mutant strain of the new coronavirus, and there is no need to panic. Verand said that from the UK According to Fang's knowledge, although the mutant strain seems to be more infectious, the clinical symptoms of its disease have not changed, and the proportion of severe cases has not been affected yet.

Wei Lang believes that more in-depth research on the mutant strain is still needed, especially to find out whether the mutant strain caused the recent rebound in the UK epidemic, or whether the virus mutated because of the rebound in the number of infections in the UK. Wei Lang also said , France has been taking virus samples for gene sequence analysis while continuously strengthening its virus detection capabilities. So far, no mutant strain has been found. But Verand said frankly that this new coronavirus variant may have already begun to spread among French people.

On the afternoon of the 20th local time, in response to the risk of spreading a new variant of the new coronavirus in the UK, the French government held an emergency health defense meeting. After the meeting, French Prime Minister Castel said on social media, From 0:00 local time on the 21st, the flow of people from the UK will be completely interrupted. This measure will last for 48 hours and cover all modes of transportation. Castel said that within these 48 hours, France will coordinate with EU countries , and evaluate the new situation of the epidemic in the UK to reach a unified response plan.

The variant new coronavirus emerges in countries outside the UK The news also caused panic in the capital market. 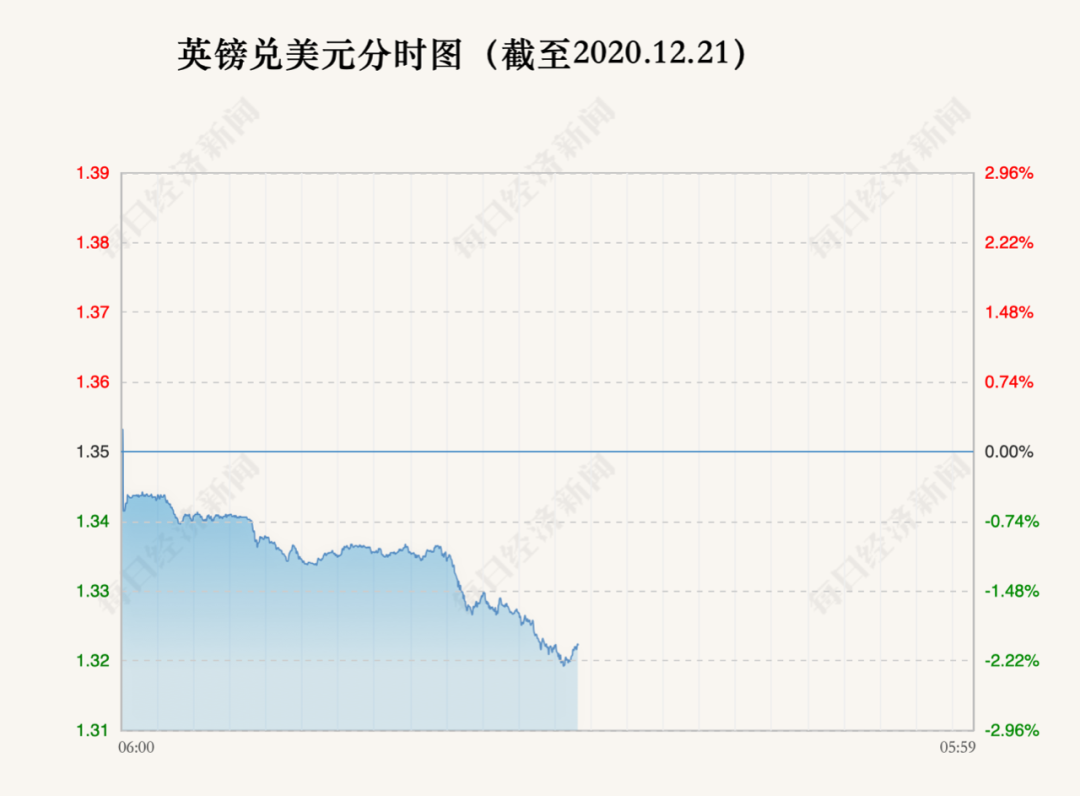 As of 17:00 on the 21st, the decline in international oil prices has expanded.The contract fell more than 4%, and the U.S. crude oil January 2021 contract fell nearly 4%. 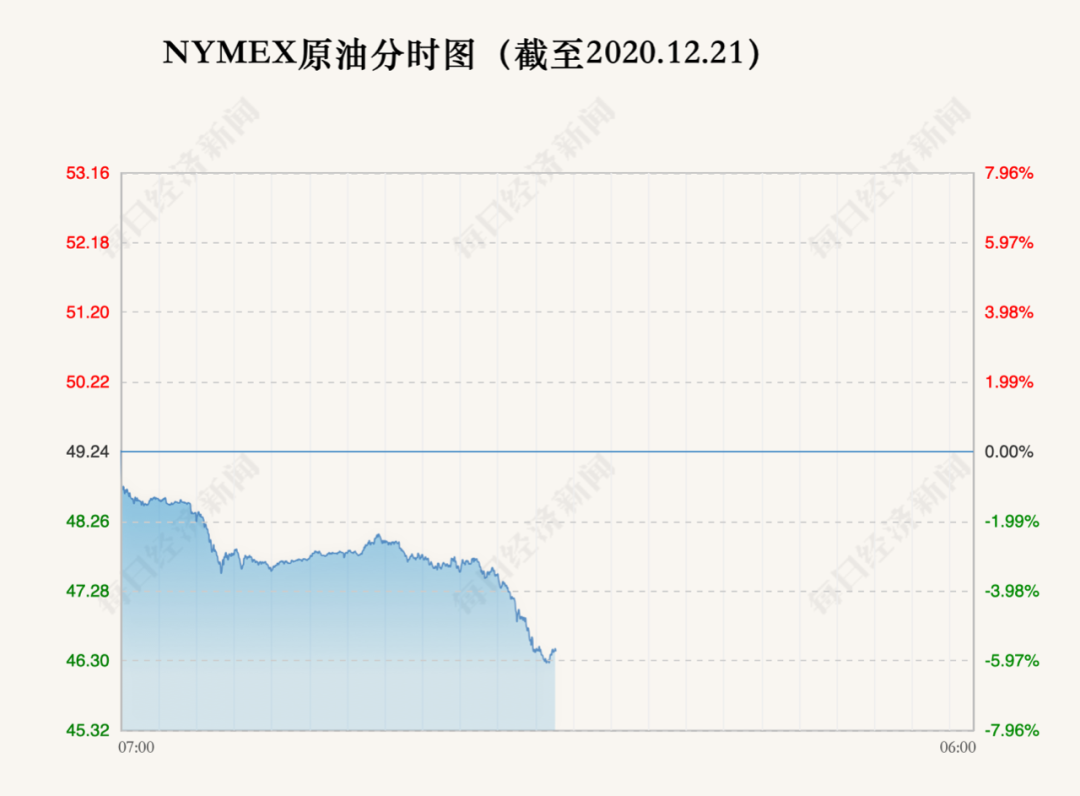 Affected by the intensification of the new crown epidemic in the United Kingdom, many US stocks have expanded their pre-market declines. Carnival Cruises US stocks fell 9% in pre-market trading, American Airlines fell nearly 5%, United Airlines fell 4.4%, and Boeing fell more than 4% .

(This article is for reference only, and does not constitute investment advice, so operate at your own risk)