Which brokerage has grabbed the most users? _ Brokerage Business 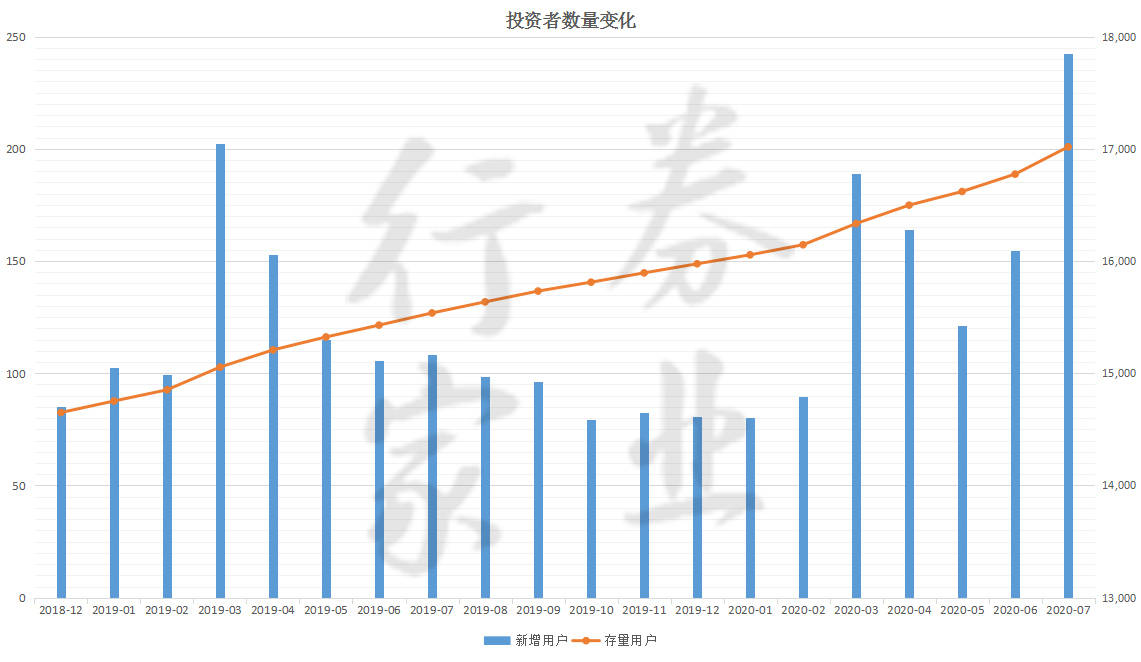 Changes in the number of investors from 2019 to 2020, mapping by securities industry experts 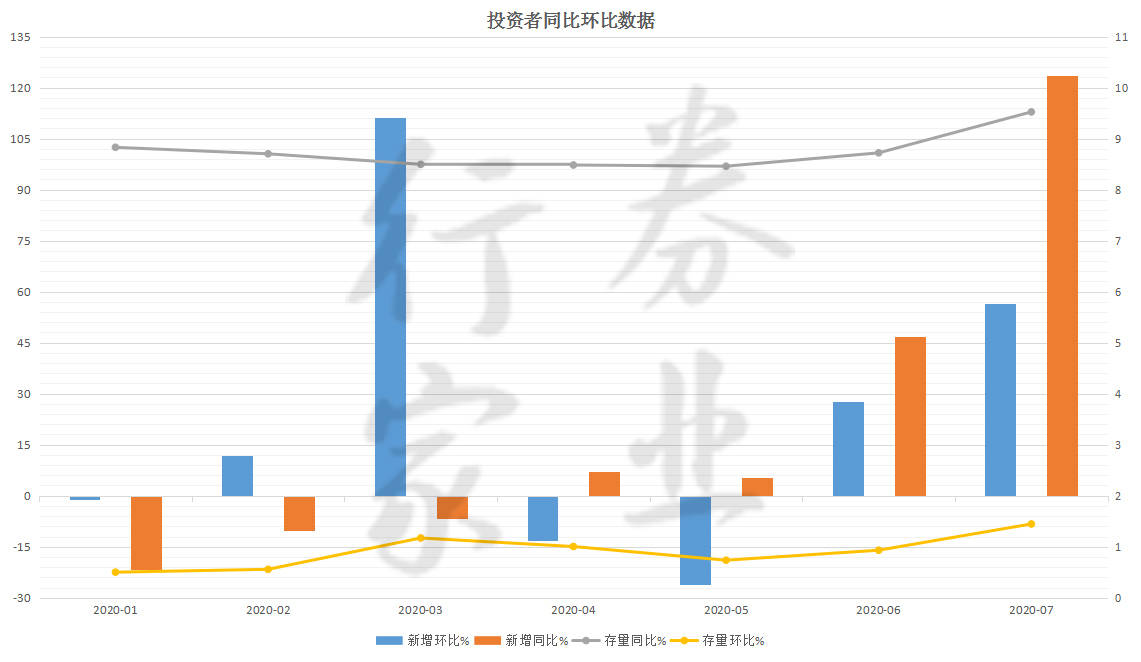 Comparison of the number of investors in each month in 2020, mapping by securities industry experts

Faced with a vast market, as many as 100 securities companies, who can grab the most users? This is not only a competition of strength in the stock market, but also the ultimate showdown in mining new markets.

In terms of net income from brokerage securities business (including seat leasing of trading units), brokerage business income of brokerage firms in the first half of 2020 The total is 52.310 billion yuan, with an average of 528 million yuan per brokerage. 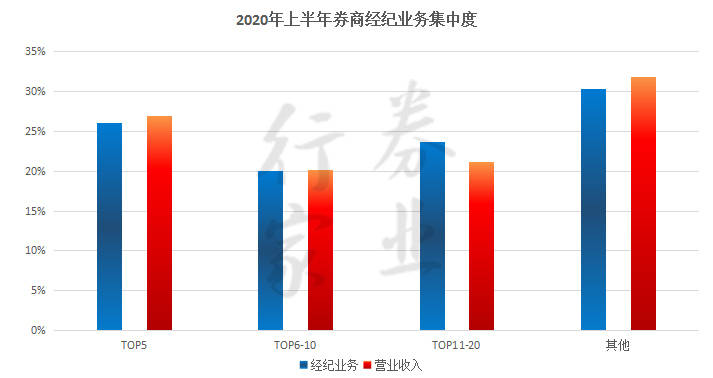 Brokerage business concentration of securities companies in the first half of 2020, mapping by experts in the securities industry

Data source: Securities According to data from the Industry Association 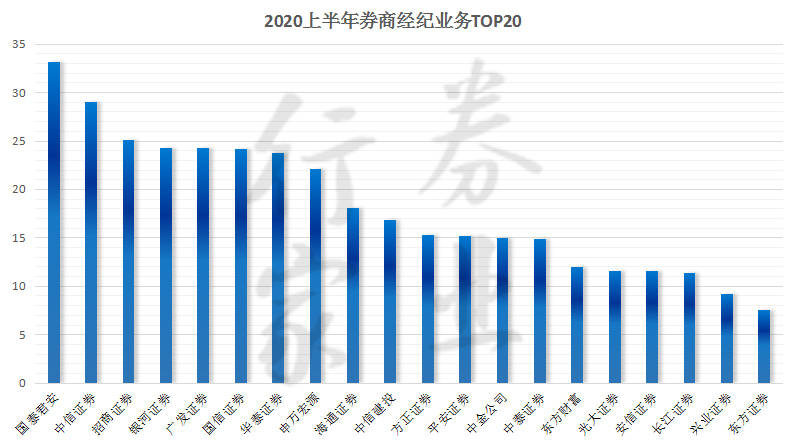 TOP20 brokerage business of brokerage companies in the first half of 2020, mapping by experts in the securities industry 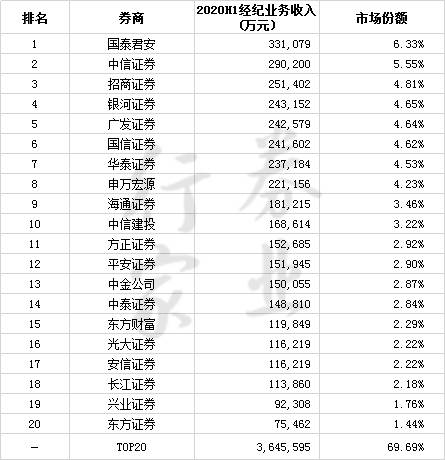 Experts check the annual report Data, official website information and even the method of consulting official customer service, one by one to verify the number of users of the above-mentioned securities companies. 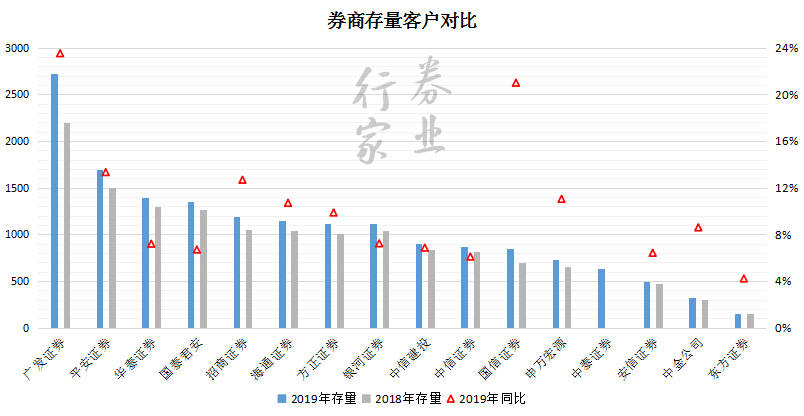 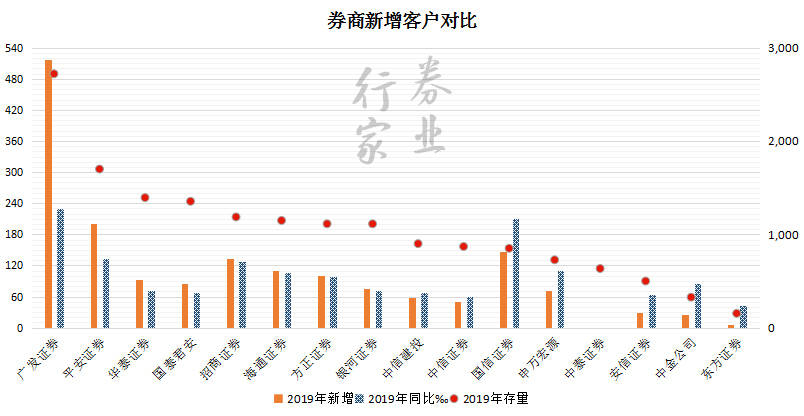 According to the annual report of GF Securities, the number of mobile phone users exceeded 27.2 million, a year-on-year increase of about 23%.

Ping An Securities stated that at the end of 2019, the number of individual customers reached 17 million, ranking first in the industry.

According to the 2019 annual report of Huatai Securities, there are nearly 14 million individual customers and a stock-based trading volume of 20.57 trillion, ranking first in the industry.

Guotai Junan said there were about 13.54 million personal financial accounts.

China Merchants Securities disclosed in its annual report that the number of regular trading customers was 11.8662 million, a year-on-year increase of 15.80%, and the number of new users during the year was 1.3354 million.

According to Founder Securities, as of the end of 2019, the total number of customers reached 11.13 million, a year-on-year increase of 1 million.

Galaxy Securities said that the company has 11.13 million brokerage customers, a year-on-year increase of 7.23%.

According to the annual report of Guosen Securities, as of the end of 2019, the number of brokerage customers reached 8.51 million, an increase of 21% over the previous year.

The total number of customers authorized by CITIC Construction Investment to open the STAR Market is 144,400, accounting for 3.58% of the market in terms of transaction volume; Founder Securities has 117,800 customers authorized to activate the STAR Market throughout the year, with a transaction volume of 54.4 billion RMB 17.24 million in commission income.

Huatai Securities stated that the monthly active number of the "ZhangLe Fortune Path" APP at the end of the period was 7.794 million, ranking first in the industry; far exceeding Ping An Securities (4.02 million), Haitong Securities (3.5 million) and CITIC Securities ( 3.021 million).

Click here to grow with the securities industry experts!