The scale of stock and bond issuance has climbed, and the ranking of securities companies' underwriting strength in 2021 has been revealed

Release Time:2022-05-14 Topic:Strength Ranking of Securities Firms Reading：9 Navigation：Stock Liao information > Finance > The scale of stock and bond issuance has climbed, and the ranking of securities companies' underwriting strength in 2021 has been revealed phone-reading 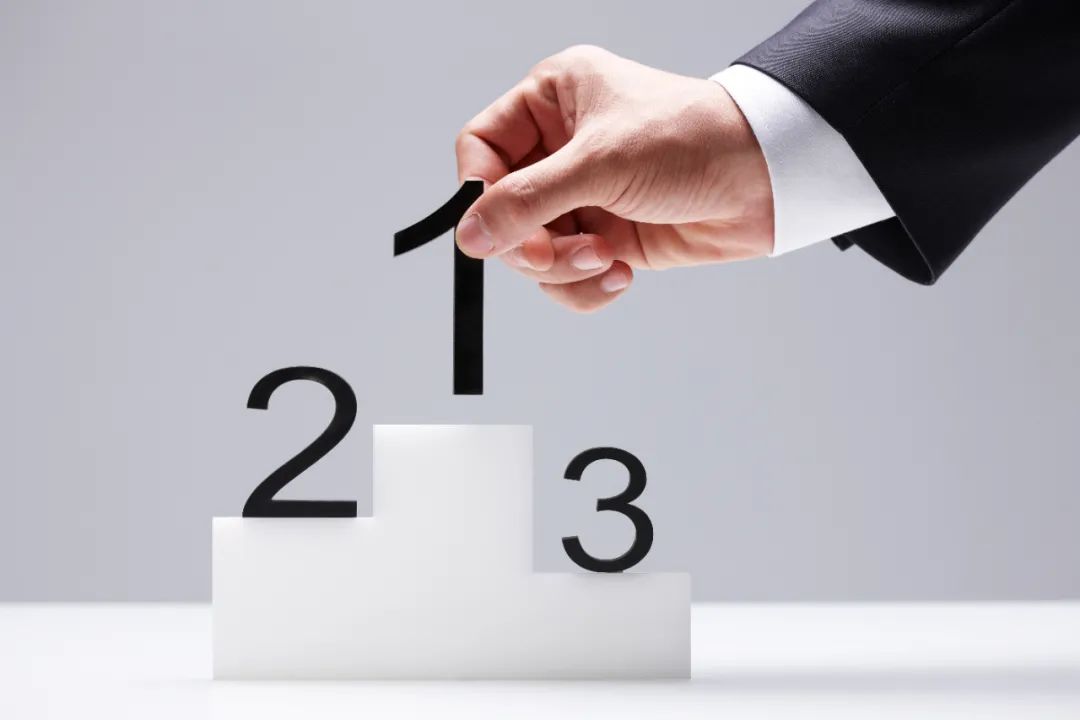 16.6 trillion yuan, 2.36%, which is the total amount of domestic credit bond issuance in China in 2021 and year-on-year growth. In the third and fourth quarters of 2021, the total issuance data both exceeded 4.3 trillion yuan, achieving a new peak of single-quarter issuance.

From the perspective of securities market issuance, Bloomberg data shows that in 2021, Chinese companies will complete 617 IPOs worldwide, with a total raised capital of US$156.3 billion, and the scale of financing and the number of listed companies have both hit the same period. All-time high. In 2021, the total amount of funds raised by IPOs in Shanghai and Shenzhen will reach 647.1 billion yuan, an increase of 36.9% from the high point of issuance in the same period last year, setting a new record high.

For the growing capital market, how to divide the underwriting "cake"?

With the release of the 2021 Chinese capital market underwriter rankings according to Bloomberg data, the underwriting pattern of financial institutions will be revealed. 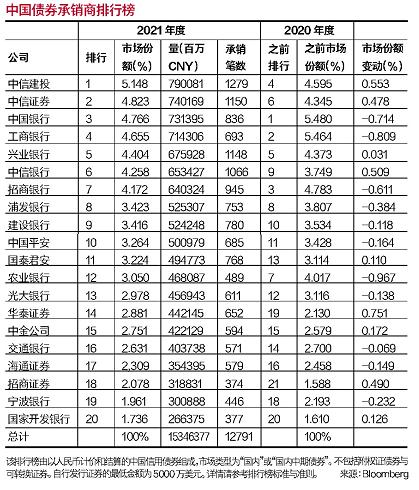 In addition, according to Bloomberg's 2021 "China Offshore Bonds" list, Bank of China once again leads the list with an unshakable attitude, with CICC and ICBC ranking second and third respectively. Minsheng Bank and Industrial Bank were among the top 20 with a trend of rising more than ten places over the same period last year. In the list of "offshore RMB bonds", HSBC, CARI, and Standard Chartered ranked the top three.

In terms of securities issuance, according to Bloomberg's latest list of underwriters for China's stock IPOs in 2021, CITIC Securities topped the list with an underwriting amount of 99.881 billion yuan, followed by CICC and CSC. The top three underwriters account for about 34% of the market, up from 24% in 2020, and the head effect is even more pronounced. Guangdong, Zhejiang, and Jiangsu are the main gathering places for companies that choose A-share listings in 2021. 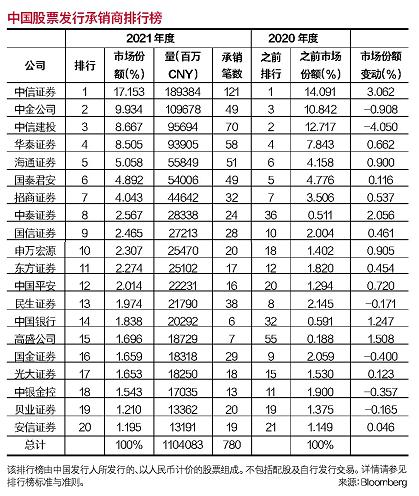 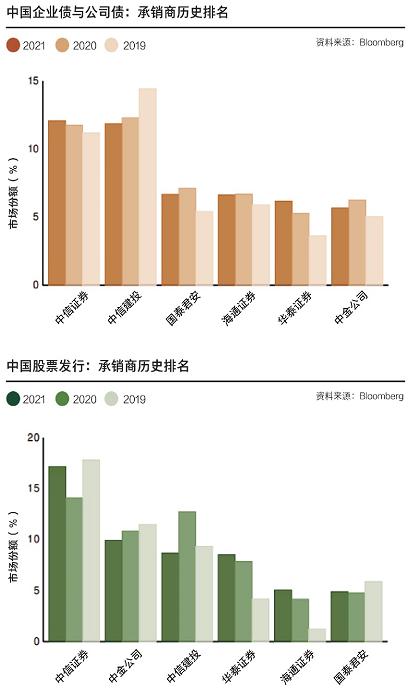 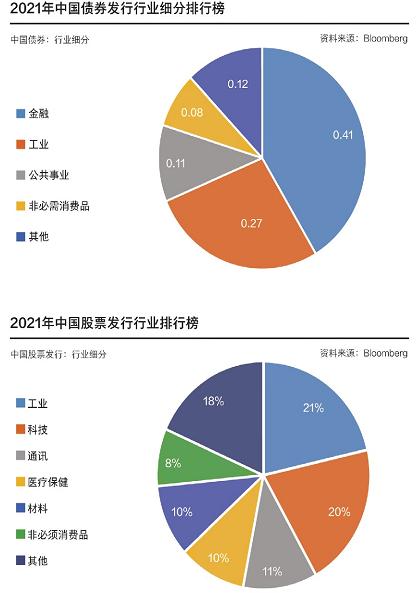 A person from an investment bank in East China said that leading securities companies such as CITIC Securities, CICC, and China Securities have more obvious advantages in contracting projects on a daily basis, especially in the face of some developers.It is easier to gain the trust of the issuer when it is a larger issuer. In contrast, small and medium-sized securities firms are more likely to use their own resource advantages to explore projects of relatively small issuers in some places.

Wind data shows that as of December 31, 2021, the total stock of bond market in mainland China reached 130.40 trillion, an increase of 161,500 over last year 73.79 trillion in interest rate bonds, 42.71 trillion in credit bonds and 13.90 trillion in interbank certificates of deposit.

The total underwriting amount of securities firms (excluding local government bonds) is calculated according to the Wind caliber. Ranked among the top three, with underwriting amounts of RMB 1,212.45 billion, RMB 1,133.36 billion and RMB 760.05 billion respectively.

Regarding the differentiation of bond underwriters, a bond underwriter in Shandong believes that when local urban investment companies and state-owned enterprises issue bonds, these projects are basically among the top ten or top five securities companies in the industry. Therefore, there will sometimes be cases where leading brokerages fight "price wars" on underwriting rates. Small and medium-sized securities companies do more ABS when issuing bonds, or bond issuance projects of small and medium-sized private enterprises. This type of project is relatively more risky, and of course the underwriting fee is relatively high.

From the perspective of the stock underwriting market, the market share differentiation has intensified, and the Matthew effect is very obvious.

In 2021, Chinese companies will complete 617 IPOs around the world, raising a total of US$156.3 billion. Among them, the scale of IPO fundraising in Shanghai and Shenzhen capital markets in 2021 hit a record high in the same period. In 2021, the total amount of funds raised by IPOs in Shanghai and Shenzhen will reach 647.1 billion yuan, an increase of 36.9% since the high point of issuance in the same period last year.

In the context of the fiery IPO issuance, the latest 2021 Chinese stock IPO underwriters ranking released by Bloomberg shows that CITIC Securities topped the list with an underwriting amount of 99.881 billion yuan, while CICC and CITIC Construction Investment were tight. Followed.

In the Hong Kong market, the scale of Chinese-funded IPO financing performed poorly. According to statistics from Bloomberg, in 2021, 85 Chinese companies will complete IPOs on the Hong Kong Stock Exchange, raising a total of HK$323.9 billion, down 17.6% from HK$393.3 billion in the same period last year. The total number of IPOs for the year fell by 26 compared to the same period last year. Industry distribution is dominated by communications, healthcare and industrial companies. From the perspective of stock price performance, only Kuaishou performed well on the first day of issuance. Nine of the top ten issuers have so far fallen below their offering prices.

In the U.S. stock market, the IPO of Chinese stocks in the fourth quarter came to an end. In the fourth quarter of 2021, no Chinese-funded companies went public in the United States, and the total number of IPO companies and the amount of funds raised throughout the year were basically the same as the same period last year. Didi (DIDI US) topped the issuer's list with $4.435 billion in capital raised, but underperformed after its IPO. So far, 8 of the top ten fundraising companies have broken.

No matter whether the market is hot or cold, the differentiation of the stock underwriting business of Chinese-funded companies is intensifying, and it is increasingly difficult for small and medium-sized securities firms to occupy more shares in the IPO underwriting business.

Guosen Securities said that the leading brokerages can continue to maintain a high rating level because they have a complete compliance system and stronger risk control capabilities, and their main business income is in a leading position in the industry. Securities firms with stronger competitiveness in featured businesses, such as investment banking, wealth management, and innovative businesses, can also have advantages in rating, and small and medium-sized securities firms can rely on featured businesses to catch up.

Will you be the metaverse? The cow in the house 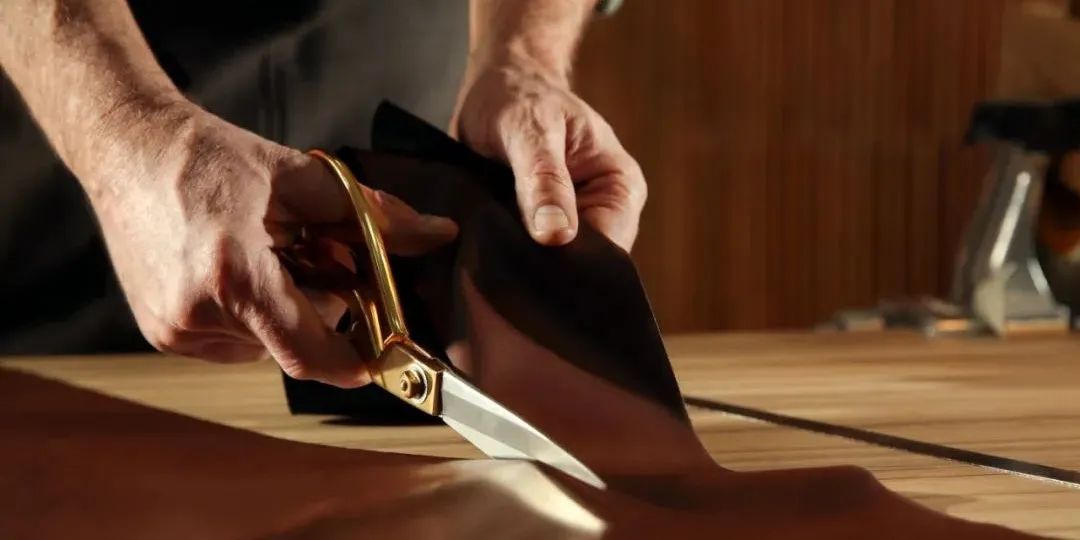 Stability is not the best career choice for young people