Too "fight"! A post-95 employee of a securities company in Liaoning was arrested for taking a postgraduate entrance examination for a client!

Release Time:2022-05-13 Topic:Which securities company in Shenyang is good for opening an account Reading：8 Navigation：Stock Liao information > Society > Criminal Law > Too "fight"! A post-95 employee of a securities company in Liaoning was arrested for taking a postgraduate entrance examination for a client! phone-reading

At the end of the year, for the sake of performance,

A migrant worker in Liaoning

had a crooked mind!

disclosed such a ridiculous story:

Li Moumou, a graduate student, works in Dalian Branch of CITIC Securities Company. Because he is a newcomer in the securities industry, Li Moumou has few customers and poor sales performance. It is difficult to dismantle, and this pain point in the workplace is quickly "finished". 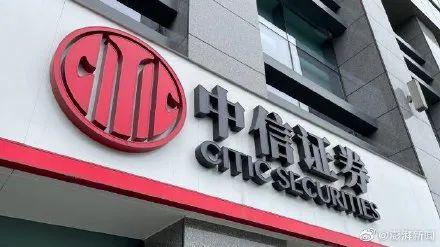 Xing Moumou, who has a bachelor's degree, applied for the National Graduate Admissions Examination in December of that year. Xing Moumou was afraid that he would not pass the exam, so he found Li Moumou, a top student born in 1996, and asked him to take the exam instead of him. Xing Moumou learned about Li Moumou's work status, and promised: If you agree to take the postgraduate exam for me, I will I will pull customers and buy securities for you. Isn't the sales performance at the end of the year brought up? Li Moumou agreed.

After New Year's Day, Xing Mou, who had someone help him take the exam, finally couldn't sit still. On January 15, 2021, he surrendered himself.

Faced with the charges, the two have no objection to the facts and evidence of the crime, and voluntarily pleaded guilty.

In the indictment, the People's Procuratorate of Linghe District, Jinzhou City held that:

Unexpectedly popular amateur: Is the stock company’s introspection so serious?

Some do not have any: the sales pressure is really big

Giant Houtoushi: It’s all for the sake of performance.

I lost contact for more than 40 hours! This night, Shenyang is sleepless: child, I must find you! Been missing for over 20 hours! All Shenyang is looking for this 9-year-old boy! Report a reward of 50,000 yuan! Liaoning issued a heavy epidemic prevention and control notice! Shenyang has designated 35 core development sectors! Several elderly people were infected and went to the same moxibustion hall; one case took a train and participated in a gathering activity! Late night announcement! There were 3 local outbreaks in Zhejiang in 3 days, and 18 positive cases have been reported ↓ Try to use it in the right place! :,. Like the video applet, double tap to unlike it, and double tap to cancel it.

Original title: "It's too "fighting"! A post-95 employee of a securities company in Liaoning was arrested for taking a postgraduate entrance examination for a client! 》