Meituan announces new progress in unmanned delivery, will the takeaway brother be replaced?

On April 26, Meituan announced the progress of the new generation of unmanned delivery vehicles "Magic Bag 20".

At the same time, the speed of the new generation of unmanned delivery vehicles is controlled at a maximum of 20km/h, and the actual speed can reach 45km/h. In addition, the vehicle has a loading capacity of 150 kilograms, a volume of nearly 540 liters, and a one-way delivery volume of 10 orders. 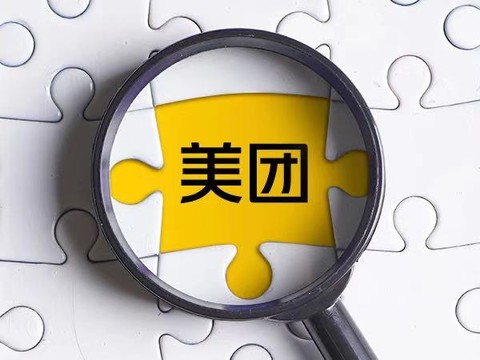 Xia Huaxia also said that it is expected that in the next three years, Meituan will be launched in Beijing, Shanghai, Shenzhen and other regions and cities to achieve takeaway, grocery shopping, and flash sales. Unmanned delivery service for business scenarios.

Meituan also revealed that the mass production of Magic Bag 20 is already under planning and is expected to land soon. In an exclusive interview with the first financial reporter, Xia Huaxia said, "Some AR and VR functions, as well as the unmanned delivery function represented by unmanned vehicles and drones, will be implemented in the next few years to serve merchants and users."

When unmanned delivery gradually moves towards the actual scene, will the delivery boy be replaced? In this regard, Xia Huaxia said, "We judge that the future should be human-machine collaboration. There are many scenarios where the takeaway brother is good at which machines are difficult to replace or require high cost to replace. In the scene 100 meters from the end, such as the revolving door in the building, Scenarios such as sliding doors are very complex and are very easy for humans to solve. However, if you want to robot go It is very difficult to solve a variety of different doors, and some may have to swipe a card. Therefore, I hope that the 100-meter scene at the end can still be completed by the younger brother, which helps to achieve the temperature of the business interacting with users.”

And on open roads, especially in the face of extreme weather such as rain and snow, where user takeaway orders increase but delivery efficiency decreases, unmanned delivery vehicles can be used instead. The delivery guy is done.

Recently, Meituan has accelerated its investment in unmanned delivery technology.

On April 20, Meituan announced that it would seek to raise nearly $10 billion by issuing additional shares and selling convertible bonds. Meituan said that the funds raised by Meituan will be used for science and technology.Technological innovation, increase investment in cutting-edge technologies in areas such as unmanned vehicles and drone distribution, as well as general corporate purposes.

Zheng Lei, director of the Digital Economy Research Center of the International Institute of New Economics, told Yicai.com that Meituan's increased investment in unmanned technology by raising funds at this time is the reason The rapid development of the distribution industry and the limitations of labor costs and efficiency make unmanned automatic distribution a breakthrough to solve the problem. In the future, not only the distribution industry, but also the express industry will have the same problem and will also turn to unmanned technology. Meituan already has a prototype car. As the process of issuing autonomous driving licenses may speed up, Meituan needs financing to speed up the large-scale manufacturing and launch of unmanned delivery vehicles.