In 2021, Chinese films are off to a good start at the box office.

According to the data of Lighthouse Professional Edition, the single-day box office on January 1 exceeded the 600 million yuan mark, setting a new record for the highest single-day New Year's Day record in domestic film history. 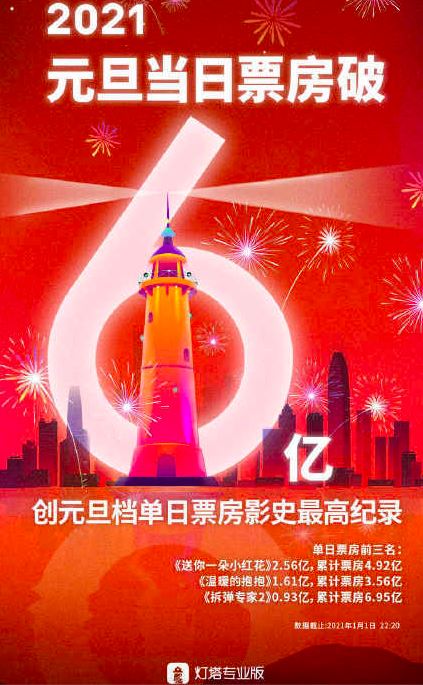 The Highest Record in Film History 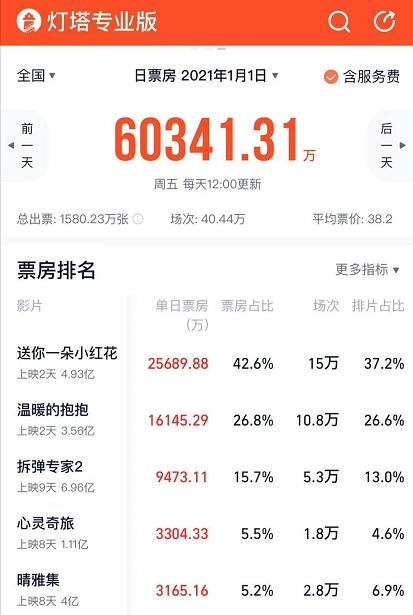 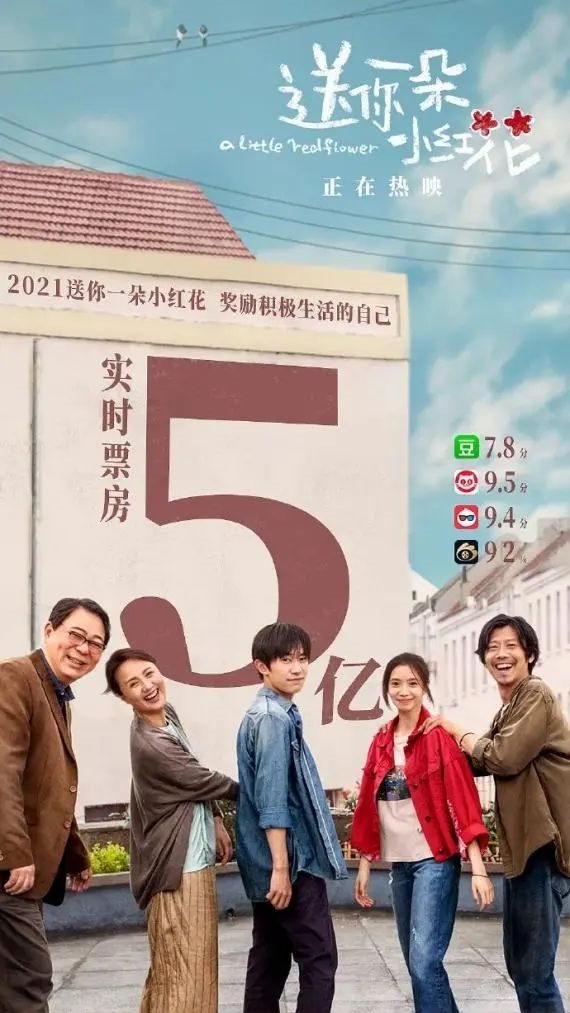 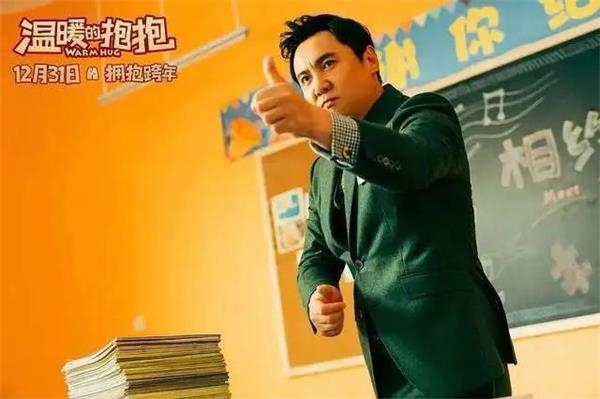 Market seems to be anticipating the New Year's Day box office. As of December 31, 2020, the film and television stocks exerted their strength. As of the close, Hengdian Film and TelevisionThe daily limit, the Chinese film major rose 4.79%, and Huayi Brothers rose 3.12%. 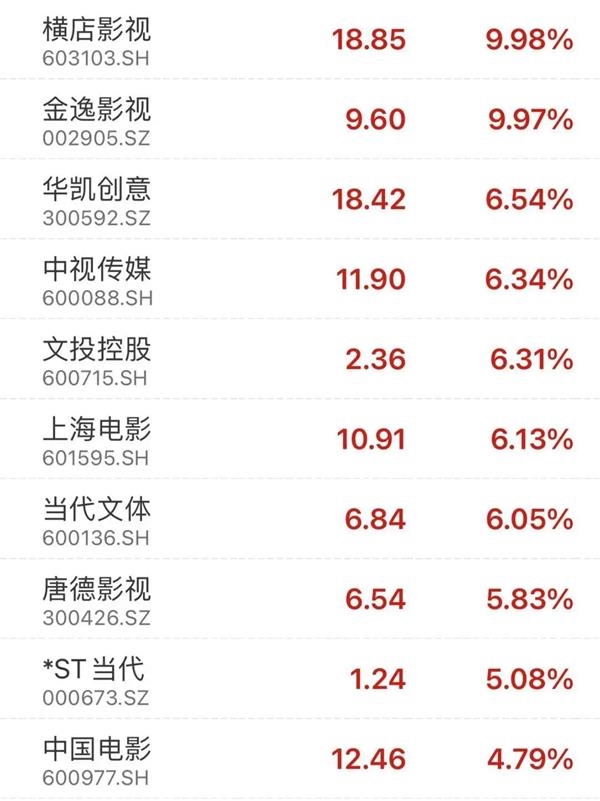 It is reported that there will be a large number of Chinese New Year films in 2021. Currently, 7 films are scheduled for the Spring Festival, including "Detective Chinatown 3", "Hello, Li Huanying", "Bear Infested: Wild Continent", "The Order of the Samurai", "Assassination of the Novelist", "New Order of the Gods: The Rebirth of Nezha" and "Crowded Crowd". The listed companies involved are Hengdian Film and Television, China Film, Wanda Film< span id="quote _ 0.002739">, Huayi Brothers, Beijing Culture, Huace Film span>, Light Media, etc.

Central China SecuritiesResearch Report pointed out that it is expected that under the joint promotion of the Lunar New Year and the Spring Festival, the film market will recover significantly in the first quarter of this year. As the most affected sector this year, it is expected that the performance of companies related to the film and television sector next year is expected to rebound from a low base this year.

Wanlian Securities research report believes that the epidemic is accelerating Industry consolidation, leading companies will benefit significantly after the industry clears. The policy clearly states that a series of Support policy, based on policy support + leading companies' fixed increase and integration measures, the industry fundamentals can be Improved. After the resumption of work, the box office will pick up +operation efficiency has improved, it is recommended to continue to pay attention to film and television theater stocks Opportunities for bargain hunting.

2020 2018 was a disastrous year for the global film market. Under the most extreme experience, the Chinese film market finally broke through the total box office of 20 billion, reaching 20.417 billion. Among them, "Eight Hundred" ranked first with a box office of 3.1 billion yuan, followed by "My Hometown and Me" with 1.8 billion yuan. 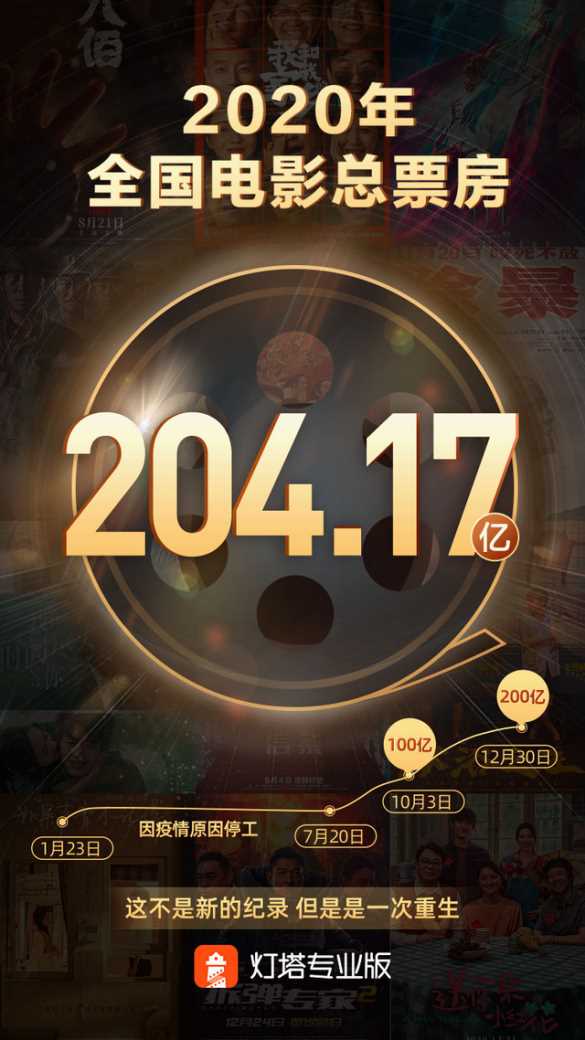 It is worth mentioning that in 2020, domestic films accounted for 80% of the total box office, which is an unprecedented figure. But in a pandemic year, this number is not surprising at all. Due to the impact of the epidemic abroad, the global schedule of most imported films has been postponed again and again. Even at the end of the year, Warner Bros. announced that 17 new films would be announced as "relocated from theaters to the Internet", completely saying goodbye to North American brick-and-mortar cinemas.

Industry insiders believe that from November to Christmas Eve after the National Day, due to the limited supply of large-scale and high-quality films, the domestic box office is very bleak, and the monthly box office is very poor. It is only 1.882 billion yuan, and in October only benefited from the National Day file, and the monthly box office once exceeded 6.3 billion yuan. The epidemic has made the scheduling of blockbusters more cautious, which is one of the reasons for the sufficient number of blockbusters on New Year's Day. It can be seen that the "holiday effect" of the movie market in the future may be more obvious, and the audience will have more expectations for the next Spring Festival schedule.