Analysis of the total output value, market size and future development trend forecast of my country's building decoration industry in 2018

An important part of the construction engineering industry, through the use of decorative materials to decorate the interior and exterior of buildings and structures, to enhance its use function and artistic value, it has rich technical content and artistic connotation. Since the reform and opening up, my country's building decoration industry has gradually developed into a specialized engineering field. The total annual output value of the industry has increased from 15 billion yuan in 1978 to 3.66 trillion yuan in 2016, and the output value has increased by nearly 250 times. 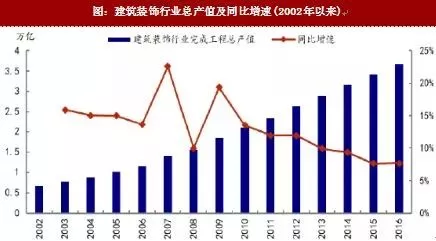 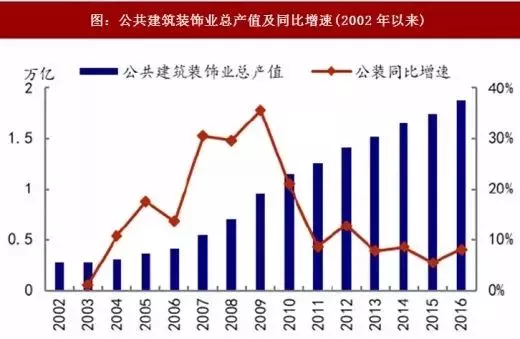 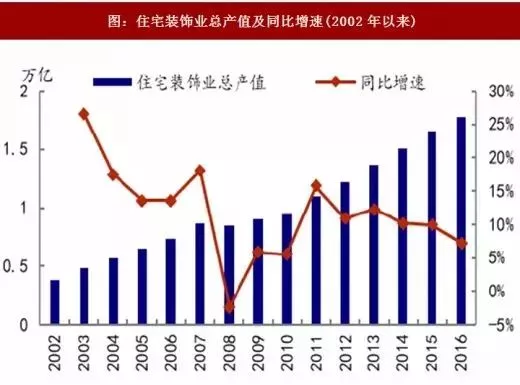 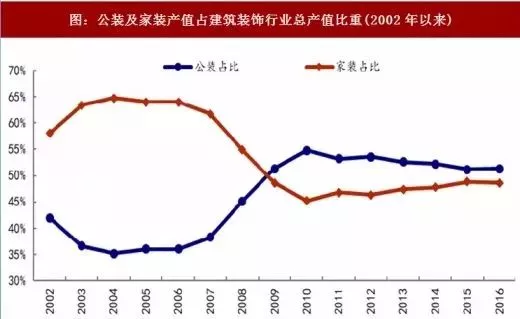 The industry is highly competitive and the concentration is still low

At present, the decoration market tends to be mature, and the homogeneity of products and services is serious, resulting in fierce competition among existing building decoration enterprises. According to the data of China Building Decoration Industry Association, from 2011 to 2016, the total number of enterprises in the whole industry decreased from about 145,000 to 132,000, with an average annual decrease of 1.9%. The small and micro enterprises in third- and fourth-tier cities that decorate and decorate retail houses, and the qualified enterprises that have renewed their qualification certificates, rarely exit the market. 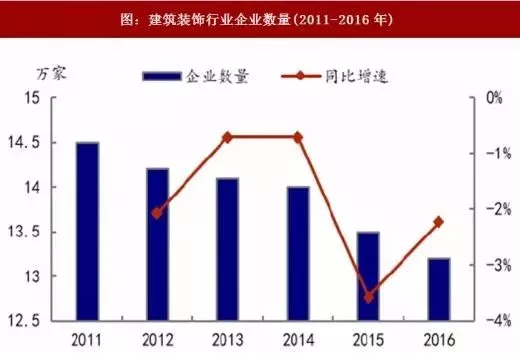 Number of companies in the building decoration industry (2011-2016) 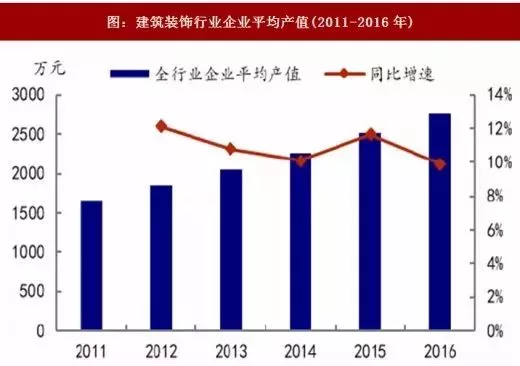 Due to the large market size of the building decoration industry and relatively low barriers to entry, the market concentration is still low. Taking the four leading listed companies in the industry, Jinmuhai, Grandland Group, Yaxia and Bauing, for example, in 2016, the total output value of these four listed companies accounted for 1.24% of the entire industry. The proportion of the beetle is only 0.54%. At the same time, from 2011 to 2016, the proportion of total revenue of the four listed companies experienced a process of first rising and then falling. The industry concentration was low, and the pattern of large industries and small companies was still the industry status quo. 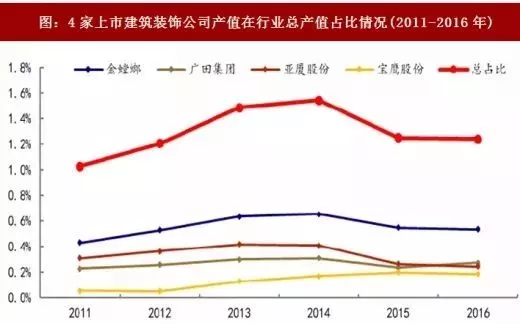 The reasons are as follows: First, in the competitive environment of serious product and service homogeneity, leading companies have more advantages than small companies in management and cost control; In the context of the upgrading of home improvement consumption, consumers prefer leading companies that focus on product innovation and quality control; thirdly, with the normalization of anti-corruption, the industry is becoming more and more transparent and standardized, and some small companies with insufficient qualifications relying on unfair competition. Enterprises will lose their competitiveness; in the end, large real estate enterprises will form partners with fixed leading decoration enterprises. With the increase in the concentration of real estate enterprises in the upstream of the decoration industry, the market share of leading decoration enterprises will be increased and the concentration of decoration industry will be promoted. improvement.