Worse yet in the United States: U.S. stocks plummet! At least 10 states have declared a state of emergency! The third Princess is coming... _ Trump

The market view believes that the "price war" in the crude oil market has surpassed the new crown virus epidemic and has become the biggest pressure on the global stock market. Trump’s dissatisfaction with the stock price slump. He tweeted three times in a row:

The fact that Saudi Arabia, which was widely believed to have caused the stock market to drop oil prices, was a "good thing" for consumers.

Saudi Arabia and Russia are fighting over oil prices, as well as fake news hype. The reason for the stock market decline. 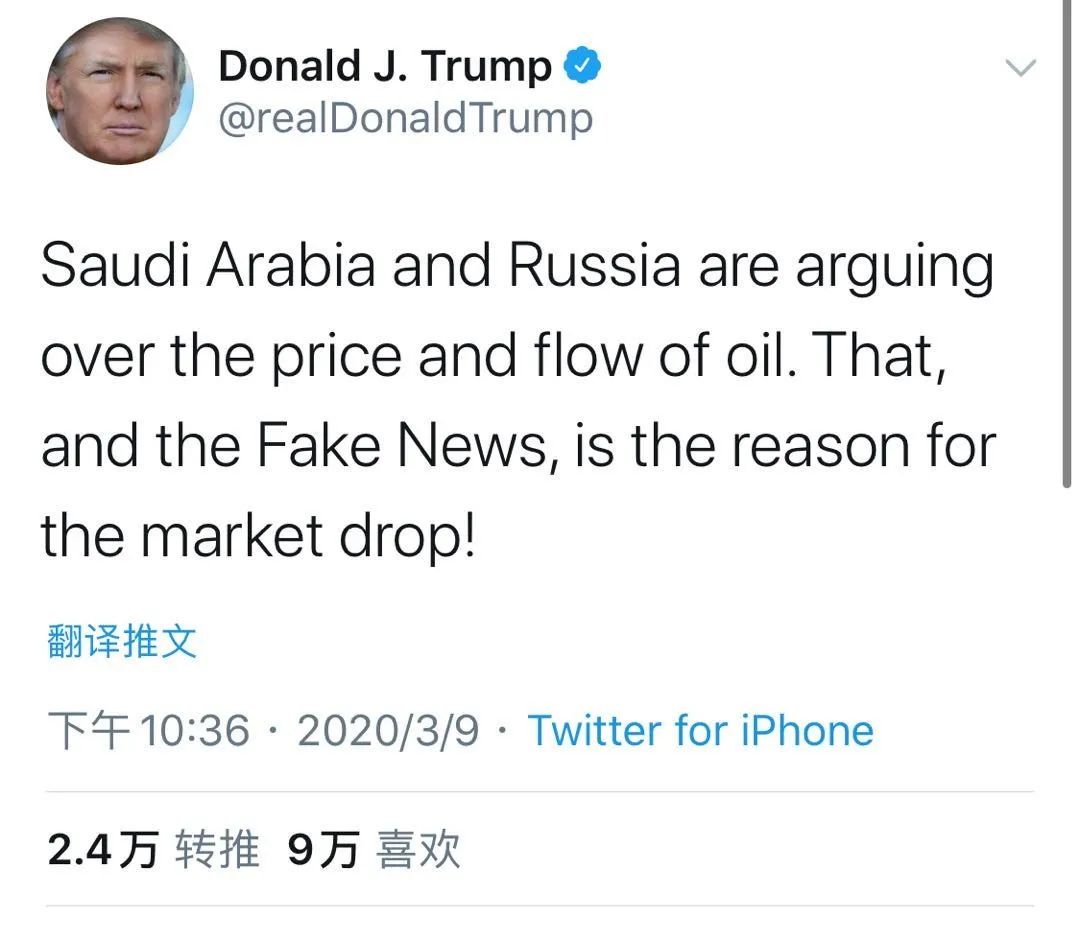 What is shocking is his third post: "So last year 37,000 Americans died from the common cold. Average 27,000 to 70,000 people a year. Nothing was shut down, life and the economy went on. At this point in time there are 546 confirmed cases of coronavirus and 22 deaths Think about it!" 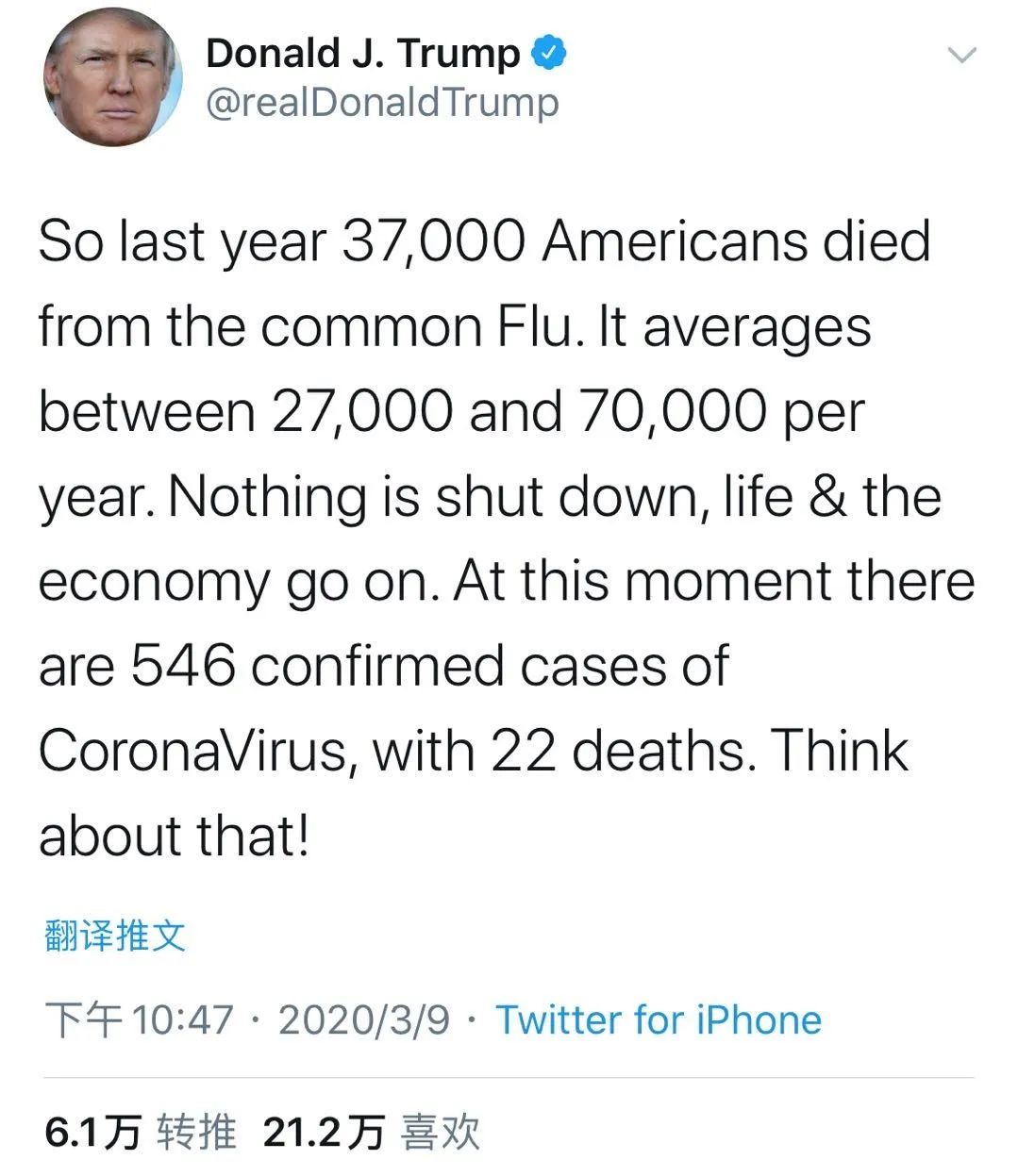 At present, some American media have noticed his post. The US "Capitol Hill" believes that Trump is trying to ease the pressure on the market by downplaying the new crown virus epidemic in the United States. 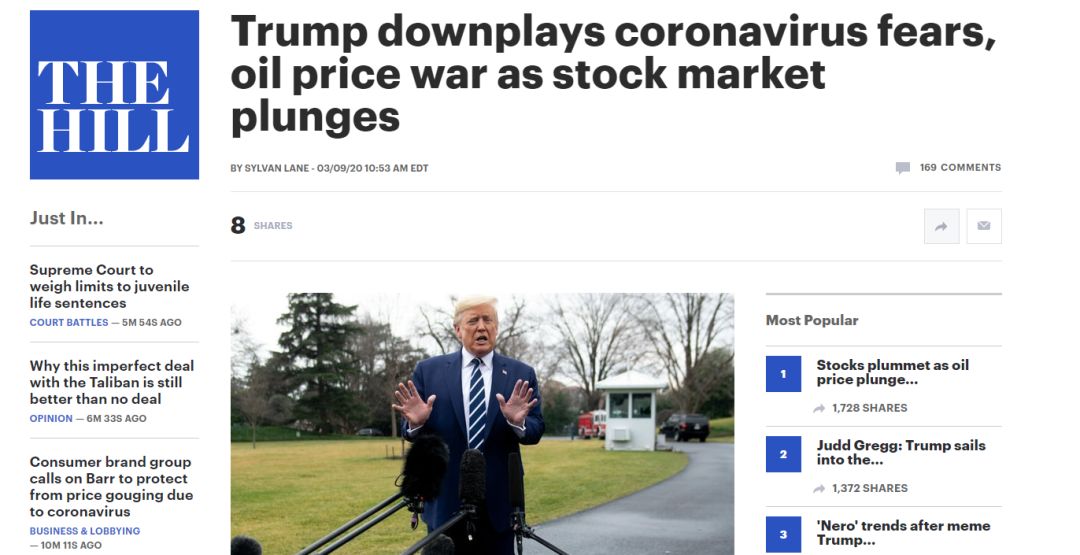 But the Hill pointed out that Trump's statement is not consistent with U.S. health officials There is obvious conflict with the statement, because the latter believes that the United States faces a great risk of the new crown epidemic, and infectious disease experts have repeatedly emphasized that the new crown virus is not the flu, and the threat is greater than the flu.

Speaking of Trump, here's another news from him:

Multiple US media broke the news: US President Trump Pu was photographed shaking hands with American Conservative Union (ACU) Chairman Matt Schlapp on February 29, and worryingly, Schlapp confirmed on March 8 that he had People infected with COVID-19 have had brief contact.

Here is a photo of the handshake: 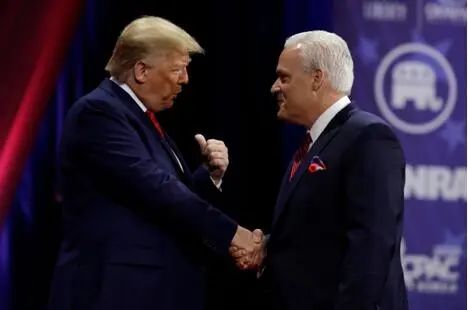 The photo accompanying the report shows that Trump and Schlapp, dressed in formal suits, shook hands and talked at an event with a relaxed expression. The caption reads: Trump shakes hands with Schlapp at the CPAC annual meeting in National Harbor on February 29.

Schlapp is currently in quarantine.

After this, on the evening of the 9th local time, US President Trump and Vice President Mike Pence attended a briefing on the new crown virus at the White House. When pressed by reporters whether he had been tested for the virus, Trump hurried away without answering. When reporters turned to press Pence, Pence said, I was not tested. I'm not sure if Trump was tested.

Shortly thereafter, the White House confirmed in an updated statement that Trump had indeed not been tested.

This alsoIt's not over, there are two more things to make matters worse...

The third Princess is coming?

This The news of the two cruise ships does not need to go into details...

What's more, The third Princess cruise ship is suspected to have hidden dangers of the new crown virus !

According to CNN, another Princess cruise ship is suspected of being at risk of being infected with the new coronavirus, and a temporary "no sailing" order has been issued.

The cruise ship is currently on a short layover on Grand Cayman. 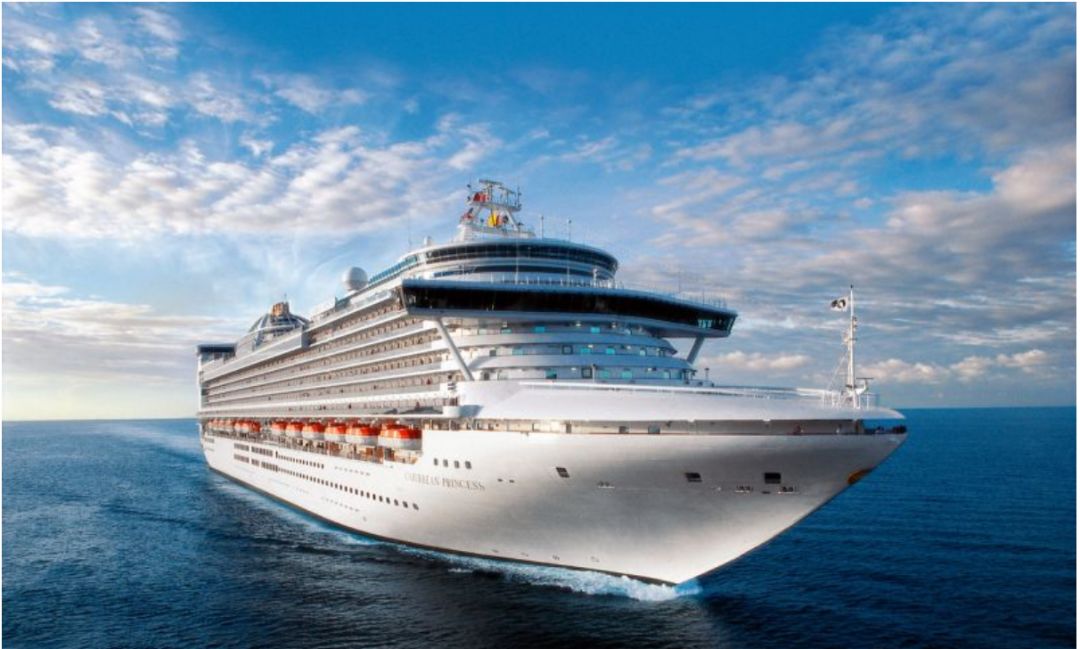 In view of the risk of infection on cruise ships, the CDC has recently issued a warning, advising the American public, especially It's people with underlying health conditions who put off plans to travel by cruise ship. The CDC reminds that current cruise passengers are at increased risk of contracting the new coronavirus, and seniors should avoid crowded places and avoid unnecessary long-distance travel, especially cruise ships.

At least 26 people have died in the U.S. Regarding the new crown pneumonia, at the White House press conference on the 9th, US Surgeon General Jerome Adams pointed out that the average age of new crown pneumonia deaths is 80 years old.

As for the reason, we have to talk about the nursing home mentioned in our previous report...

Most of the deaths in the United States now come from a nursing home in Kirkland, a satellite city of Seattle, Washington. 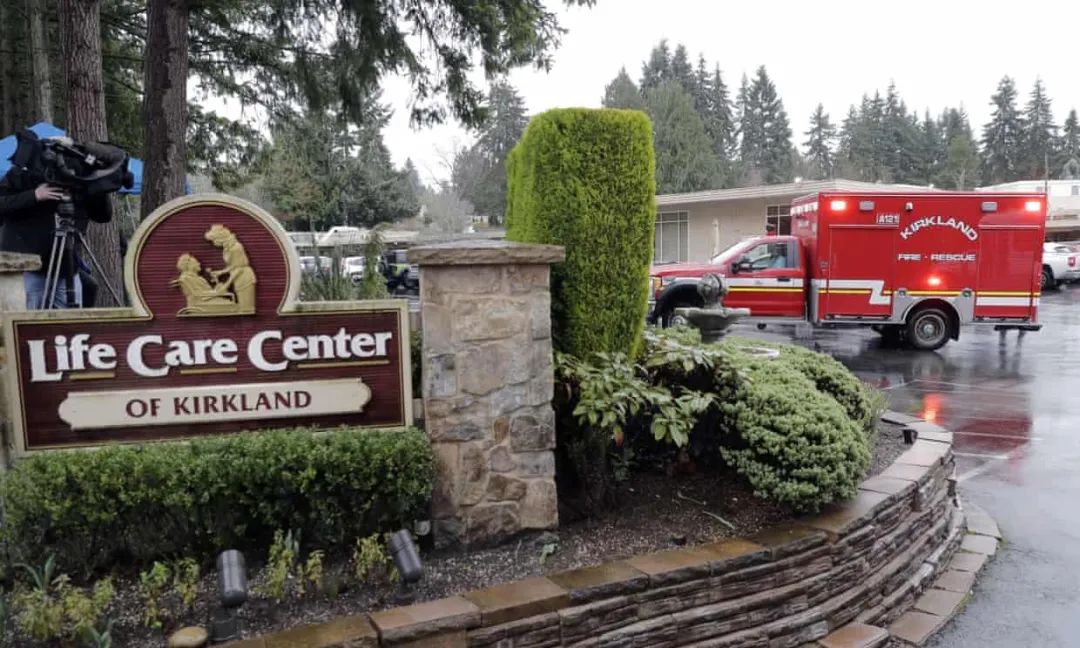 According to the Associated Press, the first confirmed diagnosis on February 29 Thirteen people have died so far, and 70 of 180 staff members have developed symptoms. But visitors can come in as usual, and employees have only recently started wearing masks. 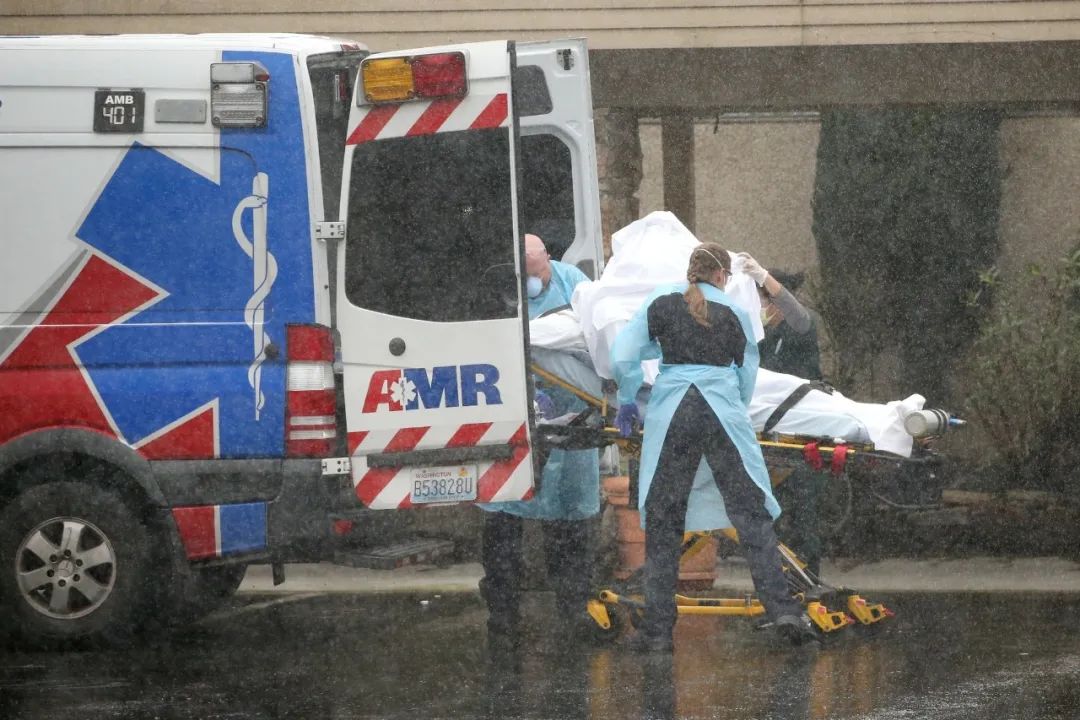 An interview with a man whose father lives in a nursing home Shi said: My father has symptoms, but he has not been tested at all. I was interviewed in the hope that this will allow him to be arranged for testing soon.

"Our government is dealing with it, but I think our government is inherently inefficient and ill-equipped to handle this kind of thing. And I can't say for sure, whether they Handle it to the best of your ability. I don't think they have."

The historic plunge in U.S. stocks, People who shook hands with Trump confirmed contact with confirmed cases, another cruise ship was suspected to have hidden dangers of the new crown virus, and 13 people died in nursing homes in hard-hit areas...