A big silent event occurred over the weekend. Create the Ultimate Professionalism and Efficiency", in the article, he has carried out an in-depth analysis of the possibility of timing of the Heavenly Stems and Earthly Branches in A-shares.

One time after Mr. Ruiping heard it, he landed at his home and read this masterpiece. He was amazed at the brain hole while reading it. People who can write this kind of thing can be called the reincarnation of the dragon and the phoenix. Let me show you what is written in this research report.

This article is divided into three units, namely:

1. The time period dominated by the celestial and terrestrial branches

2. The application of the celestial and terrestrial branches in timing selection

3. The application of the celestial and earthly branches in the timing of A shares empirical exploration. 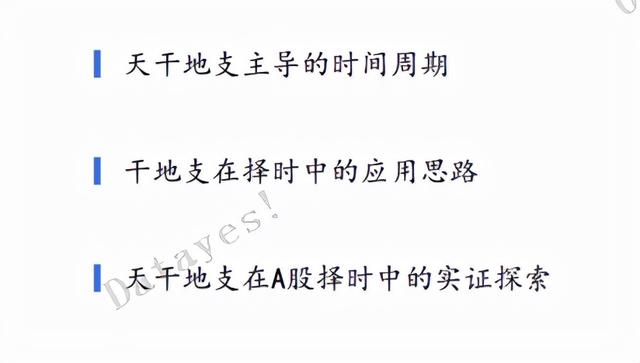 A simple translation is:

1. What are the Heavenly Stems and Earthly Branches

2. How to replace the elements in the Heavenly Stems and Earthly Branches into the stock market

3. A simple example of how to use Feng Shui fortune-telling, yin and yang and five elements to trade stocks

The second part is the bigger brain hole in the text, which is how to combine the elements in the theory of heaven and earth with the The stock market corresponds one by one. First, the interpretation of yin and yang and the five elements in the "Yellow Emperor's Classic of Internal Medicine" and "Book of Changes" is quoted, and then it is stated that the attribute of the stock market should be Renshui

The stock market flows like water, rising and falling. Ups and downs, so it should be water. 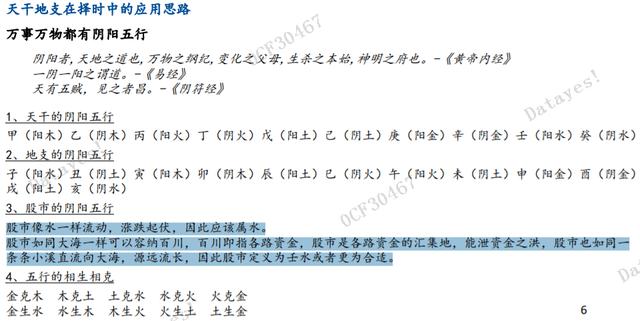 Then use the "Heavenly Stem", "Earthly Branch" and "Trendy Branch" to list the rise and fall of A shares over the years Speaking of which, the specific argumentation process is very complicated. It was only when Mr. Radish lost half a catty of hair that he understood it. In the history of A-shares, only the years of stem and life branches (the relationship between the five elements) all rose, and the next one was the year of Renyin. That is next year: 2022!

Let me declare that this is not calculated by Mr. Radish, but emphasized in the research report by myself. There are pictures and truths! 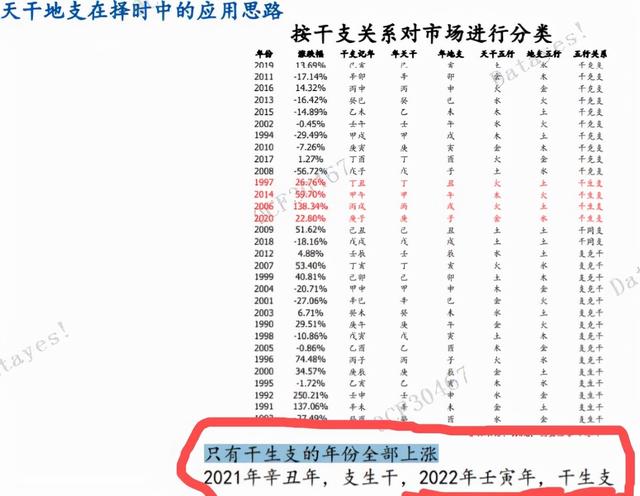 In addition to yin and yang and five elements, there are also a series of concepts such as four pillars and ten gods that can be substituted into A shares. . . 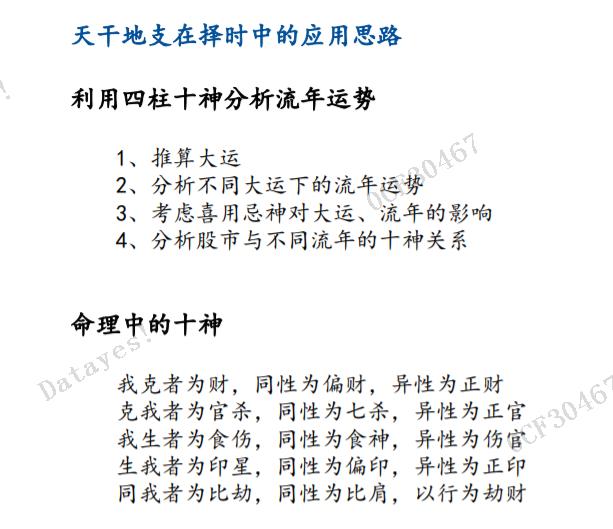 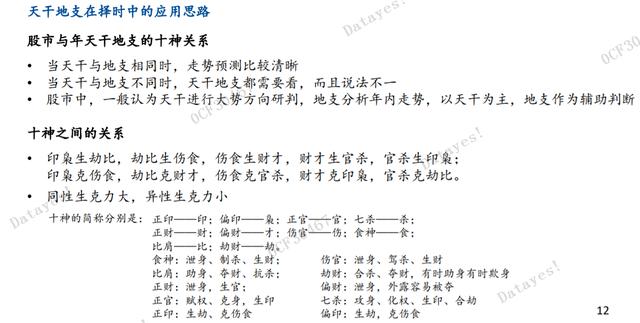 This part of Mr. Radish has not been seen Understood, Mr. Radish released it for everyone to see, is there any handsome guy who will come out and explain to you the "fleeting trend" of A-shares next year.

After reading the whole article, Mr. Radish has a feeling: outrageous, he opened the door to outrageous mother-outrageous home. (Cross out) The Institute is really a hidden dragon and a crouching tiger, and capable people are born in large numbers.

If this theory can be put into practice in the end, Mr. Radish also wants to propose a set of fortune-telling for A-shares. The Shanghai Stock Exchange Index was born at 9:30 on July 15, 1991, so the market is a "genus". Sheep Cancer born in the 90s", come one by one.

In the zodiac, lunar calendar 1991 is the year of Xinwei Sheep. Most of the Sheep people born in this year have a sense of justice and are very decent people, but they still have certain flaws in their character. If they can make more corrections and control their behavior method will bring you great benefits. This kind of person has considerable endurance, but also has a gentle and quiet demeanor. There are some differences between the inside and outside, and they often appear to be gentle and honest. In fact, they have a strong vitality and willpower in their hearts. They are all thoughtful, quietly analyzing things in their minds, and paying attention to them, so they are not impulsive when dealing with things, and they will complete the work successfully. (paste and copy)

In terms of constellations, the Shanghai Composite Index has typical Cancer characteristics, slow heat, insecurity, and relatively large mood swings. It is a constellation of warm men, but the typical warm scum Man, it's hot and scum. For so many years, the Shanghai Composite Index has been in a warm and watery market for most of the time, and it is easy to be attacked by the negative. walk out. This is in line with the zodiac sign. Sheep people are naturally melancholy and tend to be pessimistic and negative. The short-sightedness of looking at things always stays in front of the eyes. And they are very vulnerable to being hit by difficulties. Once they are in a predicament, even if they finally get out of it, they will not be free from that pain, because they are very vulnerable to the impact of pain. Although Sheep are docile and easy to communicate with, they will choose to escape or resist under certain pressure. (paste and copy)

Finally, let's take a look at the October horoscope of Cancer: Although we are aggressive at work and have high expectations for ourselves, we must also be careful not to act too hastily, otherwise, we will be too aggressive in doing things, because we are eager for quick success and quick success. Cause work to go wrong.

I have already explained it very clearly, and I understand everything I know. If you don’t understand, go back and think about it. Finally, Mr. Carrot wishes everyone to make a fortune as soon as possible~