Have you noticed: Guoxuan's supplying public has released the latest statement

Have you noticed: Guoxuan's supply public has released the latest statement

Let's first look at a report that seems to be ignored by everyone, which clarifies the important information of Guoxuan's future supporting North and South Volkswagen and Audi.

Create a better future together

standard modules, passenger car battery systems Wait. Among them, the lithium iron phosphate battery on display has a single energy density of

, and its technology is at the international leading level. In addition, the energy density of the ternary soft-packed cell exceeds

, and the number of cycles exceeds

We have passed the mid-term inspection of the Ministry of Science and Technology in the past week. In the future, it may provide support for high-end new energy models such as Volkswagen and Audi.

The products on display this time fully demonstrate Guoxuan Hi-Tech's strong product strength and R&D capabilities in the field of power batteries. During the exhibition, the visiting merchants also showed strong interest in the products of Guoxuan Hi-Tech. 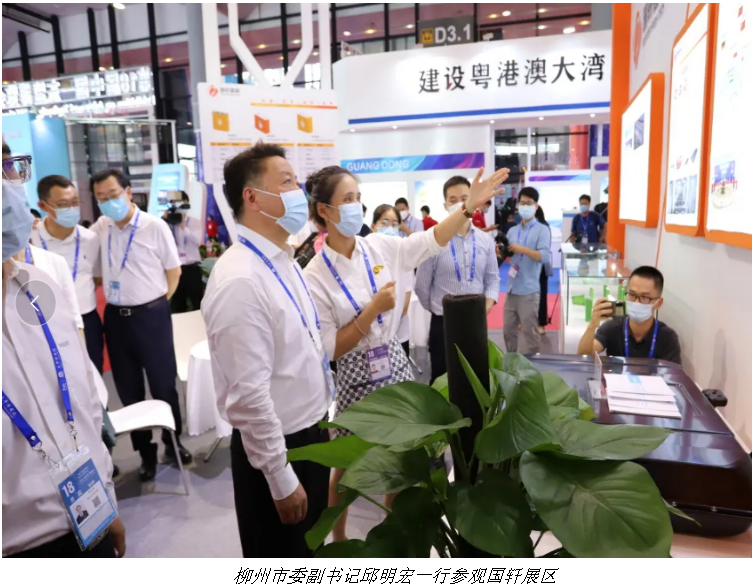 Note: In terms of form, this report was written by Guoxuan's internal staff, and Guoxuan's forwarding media reports will attach the original URL at the end of the article. Therefore, the authenticity and accuracy of this report cannot be questioned.

Comments: A battery pack with an energy density exceeding

, setting the highest level in the world at present, A few months ago, the Ministry of Industry and Information Technology announced that it was installed on one model of BAIC and Changan, indicating that this battery pack product has been mass-produced. in Hefei Economic Development Zone.

A lot of important information can be read from this news: First, the battery pack product should be a major special development of power batteries of the Ministry of Science and Technology undertaken by Guoxuan

mass-produced products based on battery cells, from the survey summary of previous securities companies It can be determined that it is

The ternary cells are all square, and only Hefei Economic Development Phase II planned and tendered for construction

High-nickel ternary soft-coated cells, so this

high-nickel ternary soft-coated cell production line can basically be determined to be in Hefei Economic Development Phase II and has been completed and put into production . It seems that, following Xu Xingwu's recent release of

Third, it is the first time that the company directly stated that this product will be used for high-end new energy vehicles such as Volkswagen and Audi in the future. This statement is very "naked" and there is no ambiguity. , as for that "or" word, it's just a "modesty" wording before the official package.

platform models are all used

are all used together

. Based on information from all parties, it is basically certain that the public square-shell batteries will be used first In Volkswagen Anhui

Announced the official start of construction of its battery system factory in Hefei, Anhui. It is understood that the plant is the first battery system plant wholly-owned by Volkswagen Group in China, with an initial annual production capacity of

~180,000 sets of high-voltage battery systems will be used for pure electric vehicles produced at the Volkswagen Anhui

factory built by Volkswagen is

Right and left, just in time with the Guoxuan Hefei new station area that started not long ago

Completely matched, this is a square aluminum battery. Volkswagen

The factories are all at the same time

It is obvious that there is a closed loop between the three relationship, and Volkswagen's standard batteries are currently only authorized by Guoxuan for exclusive development, which means that Volkswagen Anhui

All products of Guoxuan Hefei New Station Project will be purchased when it is put into production annually, and its planned production capacity of

Battery demand for 10,000 economical electric vehicles. Thinking about the "three offerings" theory of a resignation sales not long ago, isn't it ridiculous?

While the current North and South Volkswagen

will continue to use

will be matched with Volkswagen and Audi in the future and other high-end electric vehicles, it has clearly pointed to the

, etc., as well as Volkswagen's shareholding

When you were still working for

When I was disappointed, Guoxuan has set sail

billions of investment into Zhu Guoxuan, which is equivalent to Volkswagen From the current point of view, the enveloped line project can basically be determined to be a Volkswagen standard battery project in the new station area of ​​Hefei

. The non-raised investment project is the battery production capacity invested by Guoxuan with self-raised funds. This time Guoxuan clearly intends to

more than for high-end new energy vehicles such as Volkswagen and Audi. span>

The soft pack battery with the system energy density is the production capacity built by Guoxuan with its own funds.

to supply the public. The published report clearly confirms that my previous judgment is reliable. I think all of this is also waiting for the completion of Volkswagen's fixed increase and the full deployment of Volkswagen directors and management personnel. At that time, the issuance of the fixed-point letter will start, and Guoxuan will officially break the situation to supply the public after officially obtaining the Volkswagen's fixed-point letter.

As for the concern of some shareholders that Volkswagen does not have actual control over North and South Volkswagen, whether it will hinder the sales of Guoxuan Battery to North and South Volkswagen, I think it is unnecessary to worry. Remember the story of Audi and FAW? Once FAW Audi established a joint venture, but the control rights were held by FAW. Since the Audi brand, new models, and core technologies are all controlled by Audi, the Austrian side took a negative attitude towards the joint venture and restricted the introduction of models, which eventually forced FAW to make major concessions. The two sides newly established Audi FAW New Energy Vehicle Co., Ltd., Audi and Volkswagen China Total shareholding

% of SAIC Volkswagen, neither of which is a controlling shareholder.