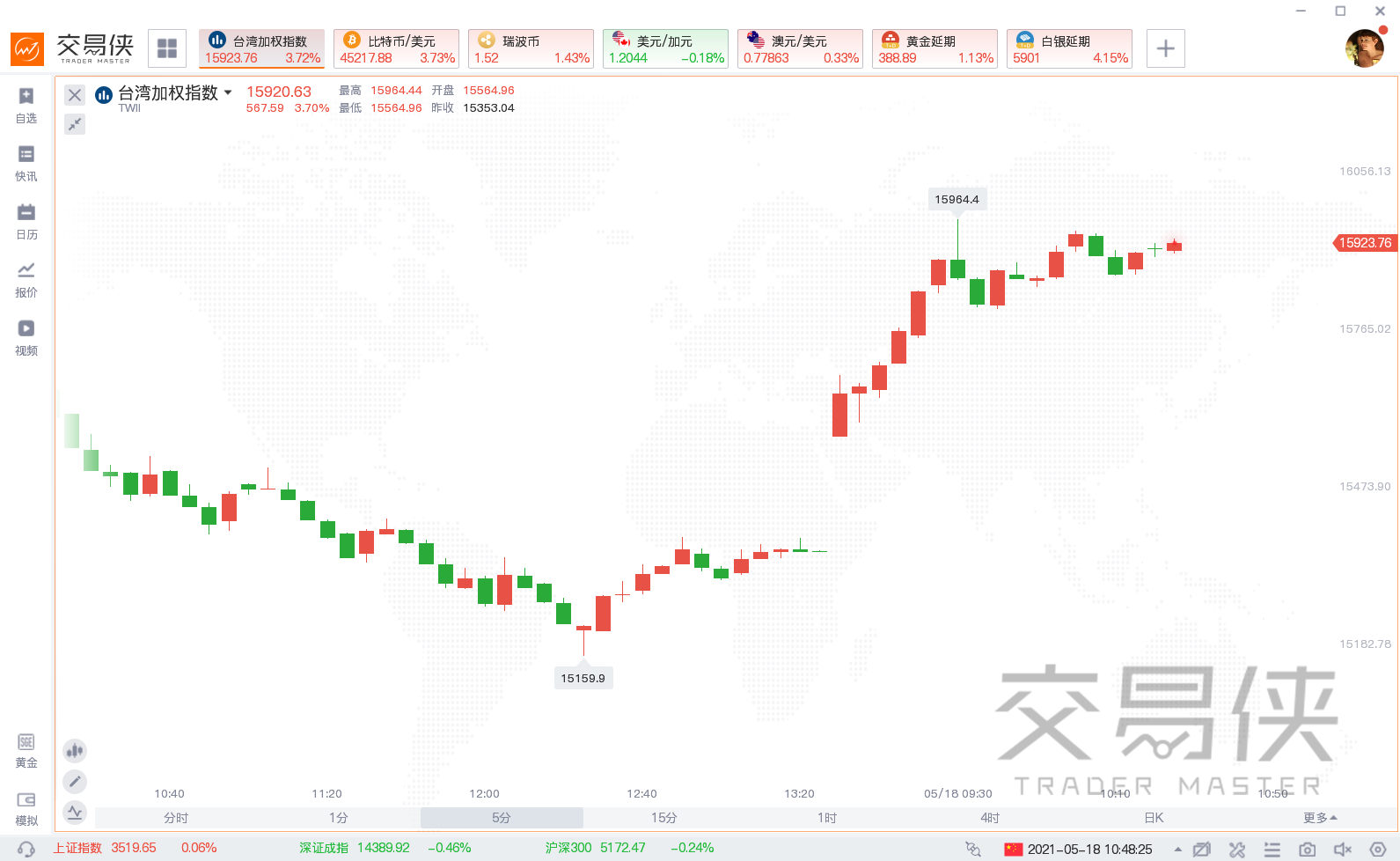 In terms of news, according to Overseas Network, comprehensive Taiwan Zhongshi News Network and Dongsen News Cloud news, the epidemic situation in Taiwan continues Warming up, New Taipei Mayor Hou Youyi revealed on the afternoon of the 17th that he was discussing whether to set up a "square cabin hospital". Regarding the preparation of the "square cabin hospital", the New Taipei City Government Public Works Bureau has recently intensively surveyed the site, and the Air University in Luzhou District has also been consulted. The Air University also responded that it has indeed received consultation from the city government and will cooperate with the epidemic prevention work.

According to the World Wide Web, the Taiwan Epidemic Command Center (17) stated that in view of the rising international and Taiwan's new crown epidemic, in order to maintain Taiwan's epidemic prevention safety and ensure the health of the people,

Taiwan has since zero on May 19. From then on (local flight time), the strict border control measures are as follows:

(1) Non-Taiwanese nationals who do not hold a valid Taiwanese residence permit (including residence visa) will be suspended from entering the country. Except for emergency or humanitarian consideration and other extraction project permits.

(2) Suspension of passengers coming to Taiwan for transit. The above measures will be implemented until June 18, and will be adjusted in a timely manner depending on the epidemic situation and the implementation situation.

Taipei Mayor Ko Wenzhe announced on the 17th that

high school vocational, elementary and junior high school and kindergarten parenting classes will be suspended until the 28th, parents can take epidemic prevention care leave, senior and junior high school students You can study remotely without going to school at home. From May 18th to 28th in New Taipei City, public and private high schools, primary and secondary schools, kindergartens, cram schools and after-school care centers have implemented "no classes but no learning", and students cannot stay at home for epidemic prevention.

Taiwanese social groups also urged the DPP authorities to open up the import of the mainland's new crown vaccine. The Taiwan Affairs Office of the State Council responded that it is willing to do its best to help the majority of Taiwan compatriots overcome the epidemic as soon as possible.

Market sources said that in order to stabilize the market,

According to Reuters, Taiwan stocks closed down 2.99 percent on Monday and hit a 3-1/2-month low. Analysts said that due to the new crown epidemic entering the third level of alert, coupled with the impact of negative factors such as the emergency announcement of the suspension of classes below high schools by the Taipei City and New Taipei City governments during the session, the index once plunged 4% and fell below the previous intraday low, the lowest drop. to 15159.86 points; but the intraday decline narrowed,

the short-term 15000-point integer mark should be supported, and follow-up attention to the development of the epidemic.

Huang Guowei, an analyst at Mega International Investment Consulting, said that due to the impact of uncertain factors such as the news that the mayor of Shuangbei will hold a press conference, The index once fell below the previous low (15,165.27 points on May 12); but it fell below only slightly, which means that although the trend is down, the selling pressure is not heavy, and the short-term 15,000-point integer mark should be supported.

They pointed out that yesterday's market reaction was fairly rational.

As long as there is no proportional increase in confirmed cases and the epidemic prevention alert is not further raised to level 4, the short-term epidemic factors have been roughly It is reflected that after the market has bottomed out for several consecutive days, the negative situation of the epidemic is expected to slowly passivate and get out of the bottom this week, and since Thursday is 520, the index has a chance to stand at the first half line (15627.41 points), and the focus of short-term perspective is still in the development of the epidemic.