North, Shanghai, Guangzhou, Shenzhen and Shenzhen! Why did Chengdu enter the first phalanx of high-vibration cities?

How did New York's prosperity last? Some people say that there is a steady stream of population due to diverse financial, media, and cultural employment, high-value outdoor social spaces and walkable neighborhoods;

What makes Paris so special? Some people say that it is the "third space" of historical and cultural blocks + art experience + shopping and leisure + high density that makes this place full of layers;

Why does Kyoto's energy endure? Some people say that there is the inheritance of traditional culture and crafts, the continuation of life scenes, the extension of cultural festivals and customs;

To continue to activate the vitality of the city and maintain the prosperity of the city, it is necessary for the city to stimulate the endogenous power in the changing years, and attract young people from generation to generation to build and struggle. On December 31, 2020, the China Academy of Urban Planning and Design released the "Report on Prosperity and Vitality of Chinese Cities 2020" (hereinafter referred to as the "Report"). A balanced and highly dynamic city.”

The "Report" uses "multi-dimensional cluster analysis" and "differentiated assessment methods" to make a scientific assessment of the prosperity of Chinese cities. Among them, 4 municipalities, 15 sub-provincial cities and 21 40 other provincial capital cities and dynamic characteristic cities are the evaluation objects. Different from the index system in 2019, which focused on the grading evaluation of the overall vitality of the city, which focused on the comprehensive analysis of the prosperity and vitality of the city from the perspectives of macroeconomics, urban space supply and government governance, 2020 is characterized by the distribution and flow of people, focusing on The key factors of urban vitality, such as industry, transportation, and culture, form an evaluation framework for vitality around "people".

Chengdu's achievement in the first phalanx also confirms the humanistic logic of the city's development from a number of indicators. 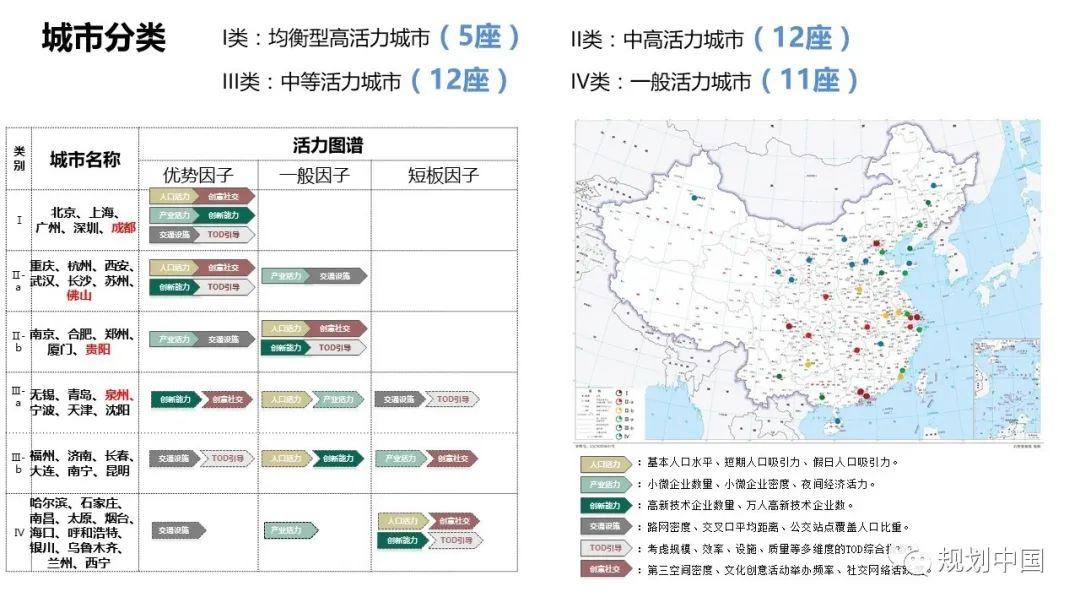 In the "Report", Chengdu, along with Beijing, Shanghai, Guangzhou and Shenzhen, are classified as the first category of cities, which are "balanced and highly dynamic cities". These five cities are located in the four major urban agglomerations in my country, and have obvious advantages in the synergy of transportation and land use, the diversity of urban industry and innovation, and the diversity of creativity and social interaction.

Although it is characterized by the distribution and flow of people, the "Report" does not focus on the population density of the city, but on the ability of short-term population attractiveness to drive the overall vitality of the city. Because short-term population flow often drives a large amount of capital flow and information flow, which is accompanied by trade exchanges, technology diffusion and knowledge dissemination. 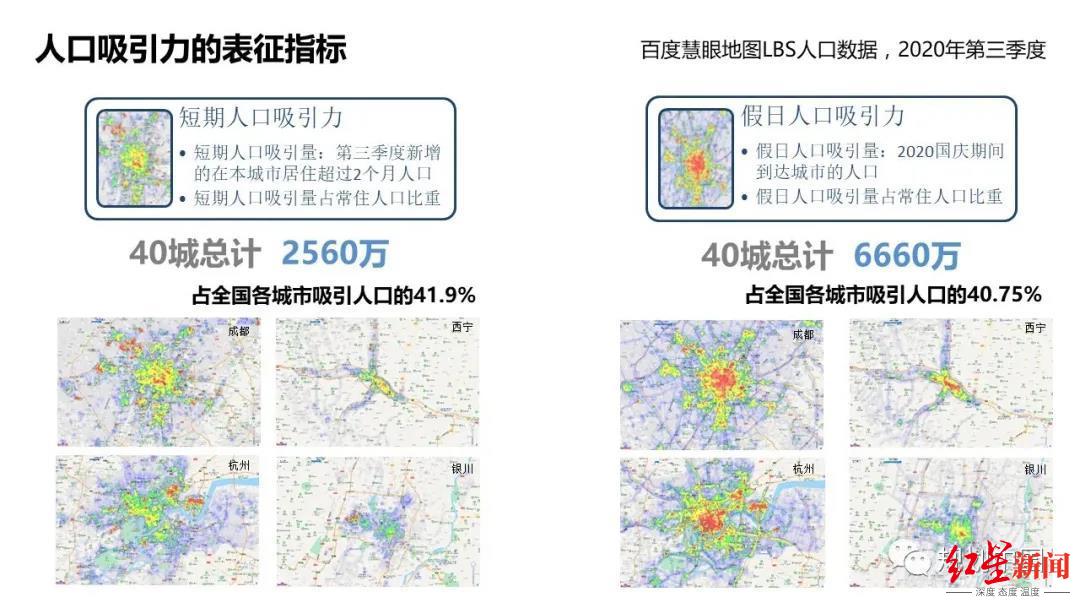 In other words, short-term population flow can bring a wave of traffic dividends to cities.

Among the 40 cities, why is Chengdu's short-term population flow an advantage? Obviously, this is a hub for eating, drinking, traveling, entertainment and shopping. Come to a trip that says go, come to listen to a concert, come to participate in an exhibition to discuss business opportunities to sign orders, to watch a high-level international sports event, Chengdu always creates a dynamic scene with splendid resources. Leave the distant guests behind. 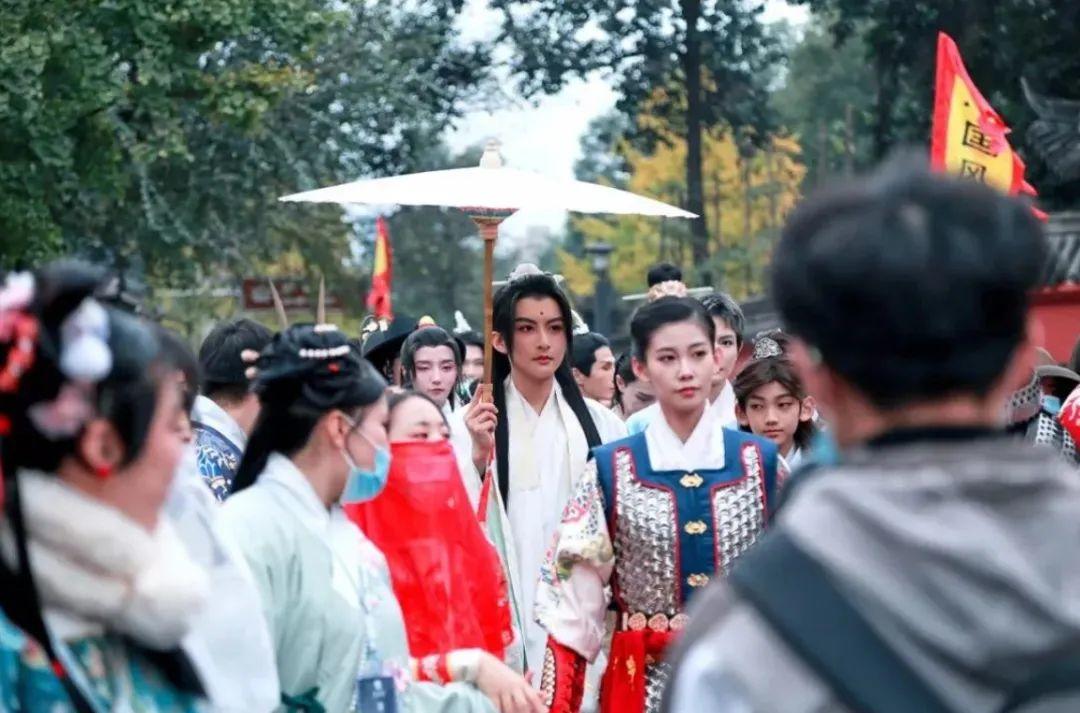 ▲The Hanfu Festival held in Chengdu was crowded with people

The stronger the industry, transportation, and cultural connections, the higher the overall attractiveness of the population

The "Report" revealed an interesting phenomenon through data collection and analysis: the interrelationships among the three dimensions of industry, transportation, and culture show an obvious phenomenon of "clustering" - a mixed functional area with complete facilities and facilities It is often an area with high vitality characteristics and indicators.

This confirms the view of Li Xiaojiang, the former president of the China Urban Planning and Design Institute, that cities can no longer attract young people through the separation of work and housing. I will choose where to stay." In Li Xiaojiang's view, the vitality of a city must be the integration of people, city and industry.

Since the 13th Party Congress in Chengdu in 2017, Chengdu has reshaped its comparative advantages in development with "advancing eastwards, expanding southwards, controlling westwards, reforming northwards, and being excellent in the middle", and reshaping industrial economic geography with industrial functional zones , more and more areas have grown into areas with prosperous industries, convenient transportation, and prosperous culture, attracting more and more people. 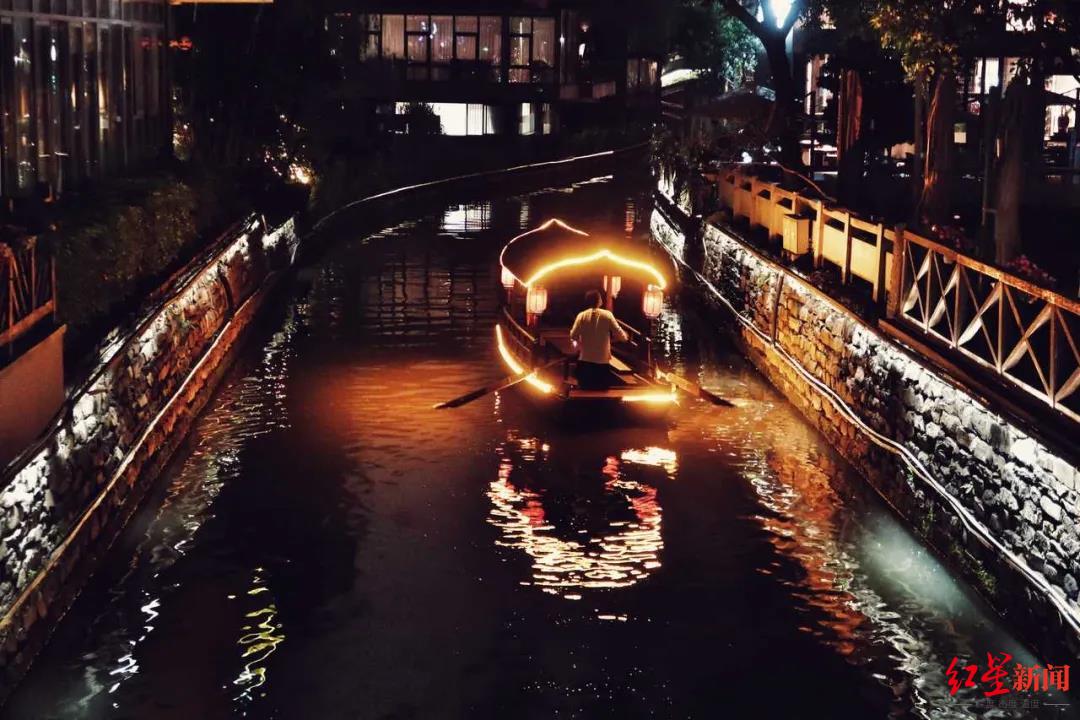 The aroma of wine in Huangsan Lane, the art exhibition in Dachuan Lane, and the delicious food in Mengchai Bay, people see that the taste of old Chengdu has returned, and behind it is the industry to activate community development. Urban renewal has activated the vitality of the old city, allowing the fireworks to return to the "middle and excellent" area. Various creative activities such as pop-ups, comic exhibitions, and art exhibitions are in full bloom; Chengdu often occupies hot searches all year round because of food, beautiful scenery, variety shows, and cool trends.

"Urban renewal should be reflected in the vitality of the city, and people are the core of the vitality of the city," said Zhang Wenzhong, a researcher at the Institute of Geographical Sciences and Natural Resources Research, Chinese Academy of Sciences. From the many aspects of the urban physical examination work summary, problems such as traffic congestion affect the The quality of urban living environment reduces the people's satisfaction with the city, and people-centeredness is the core of building a livable city.

It is worth mentioning that the "Report" shows that traffic facilities indicators such as road network density and bus station coverage are closely related to industry and innovation factors; especially those with high road network density such as Shanghai, Guangzhou, Chengdu, and Xiamen. The city has become a typical city with a high concentration of small and micro enterprises. 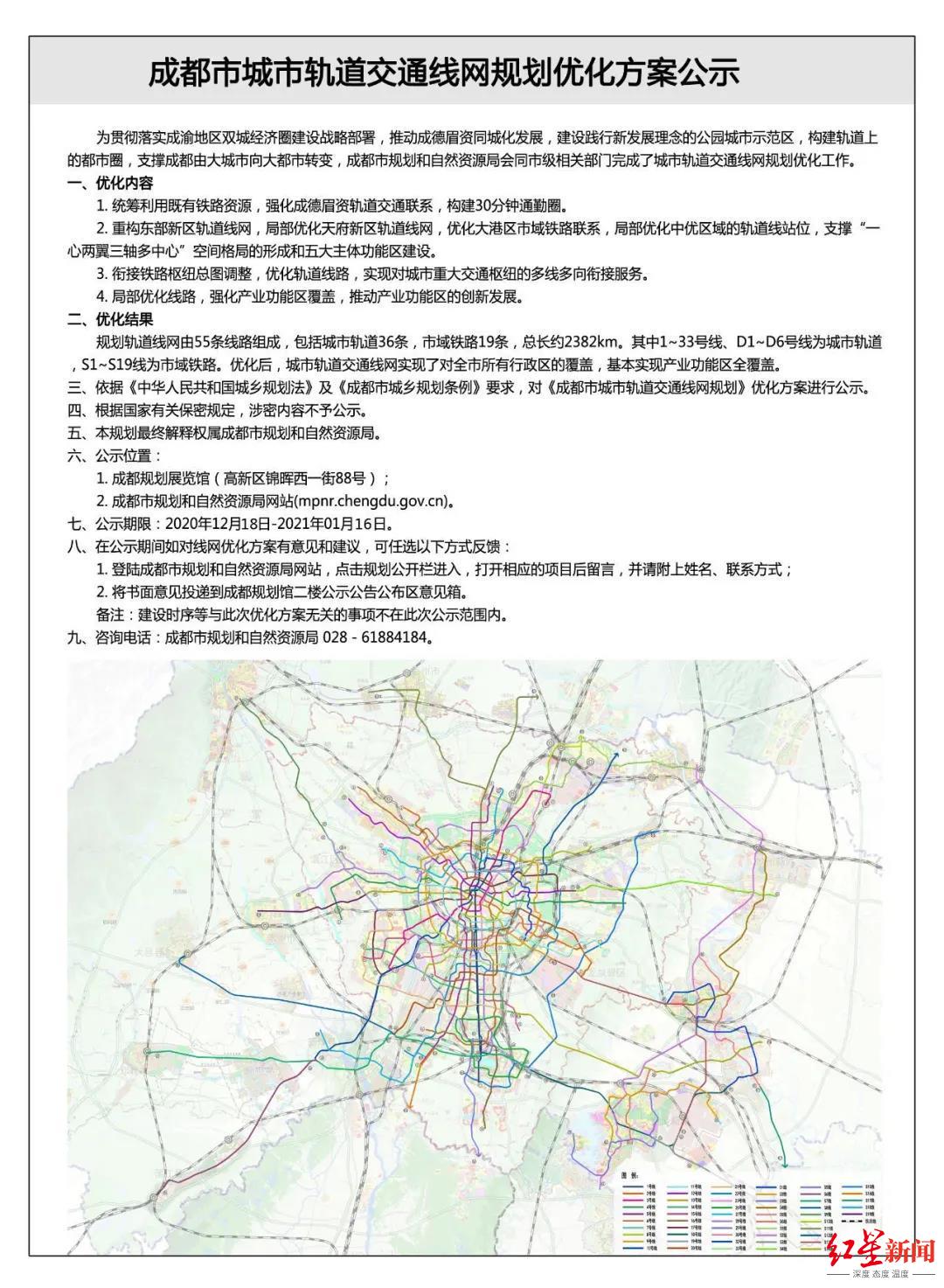 Just looking at the number, Chengdu's traffic and business agglomeration are quite advantageous. Chengdu's rail transit operating mileage has now reached 518 kilometers (excluding trams). At the end of the "14th Five-Year Plan" period, the target of Chengdu Metro's operation and mileage under construction is more than 850 kilometers. As of 2020, the number of Fortune Global 500 companies settled in Chengdu has increased to 301; the new economic vitality index and the scale of new occupations ranked third in the country.

An innovative move is that Chengdu uses rail transit to change the urban layout, and TOD development changes the urban form, so as to form a dense and dense space and an environment suitable for living and working. A few days ago, Chengdu announced 20 urban industrial demonstration sites, which were interpreted by the outside world as the Chengdu version of "Silicon Alley". Incubate innovative genes in industrial communities and characteristic buildings, which will also form compound functional effects.

The third space is a catalyst for attracting people

Widely distributed in all corners of the city, the "third space" dominated by teahouses, cafes, museums, street corner libraries and other cultural facilities is a catalyst for vitality and a catalyst for attracting population.

In the "Report", leisure consumption in Chengdu belongs to the pointer type of spiritual consumption.

There are many teahouses in Chengdu, needless to say. In 2020, the number of coffee shops in Chengdu will reach an astonishing 4,000+. At its peak, a new store appears a day. At the same time, bars and nightclubs are also dotted, competing for beauty on the pedestrian streets of Chengdu at night. In 2020, Chengdu Museum and Sichuan Jianchuan Museum were rated as national first-class museumsThe total number of national first-, second- and third-level museums in the city has increased to 17...

The development of the third space actually reflects the resilience of grassroots governance. Whether it's a leisure square in Florence, a coffee shop on Vienna's Ringstraße, or a corner brasserie in London, all great cities have plenty of informal public gathering space. The "Report" pointed out that the third space is a direct reflection of the cultural quality of a city from the perspective of the city, and it is also an important catalyst for innovation activities; from an individual point of view, the third space is the key link to create and maintain an "acquaintance society". 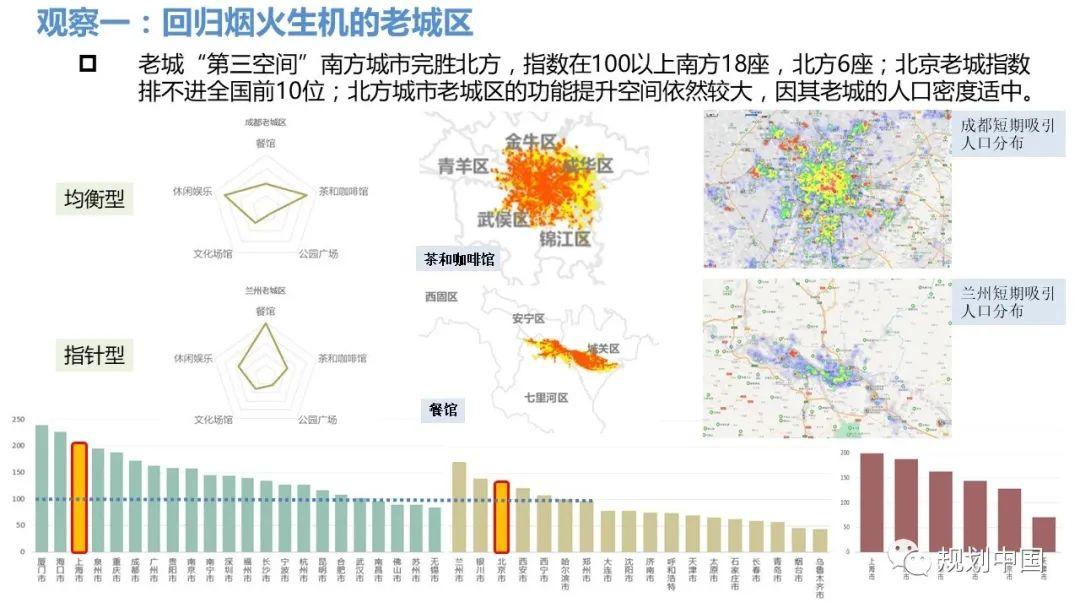 Fan Sibin, deputy director of the Renewal Institute of China Urban Planning and Design Research Institute, believes that through urban renewal, human vitality can provide a steady stream of impetus for urban development, continuously tap the potential of stock and resources, improve the ability of urban governance, and further highlight And show the cultural charm of the city.

Chengdu is also working towards a more culturally inclusive city. During the "14th Five-Year Plan" period, Chengdu will vigorously implement the "Ten Projects for a Happy and Beautiful Life", one of which is to build a friendly and inclusive society for all ages. Wang Kai, President of the China Urban Planning and Design Institute, suggested that we should pay more attention to the care and convenience services for various groups of people at the city and community levels, and planning and design should shift from focusing on grand narratives to all corners of life, "for example, combining the characteristics and needs of children to design Safe, convenient and interesting space," he emphasized that planning, construction, management, and supervision are a closed loop, and it is necessary to open up the macro and micro to realize the whole chain and the whole process, so that the development of the city will get better and better. Attract more people to inspire infinite charm.