As a small country in the foothills of the Himalayas, Nepal is attracting more and more Chinese to travel. In 2018, the number of Chinese tourists to Nepal exceeded 153,600, an increase of 46.8% over 2017.

Walking through the Tamil district of Nepal's capital, where Chinese tourists gather, you will see that Chinese-run restaurants, hotels and shops have Chinese signboards row upon row, attracting a large number of tourists from China every day.

But something embarrassing happened. Nepal's Central Bank (Nepal Rastra Bank, NRB) has announced a ban on the use of WeChat Pay and Alipay in Nepal, saying the country is losing overseas due to the illegal use of these payment apps by Chinese tourists income.

Screenshot of the report

Nepal hopes to attract more Chinese tourists to travel to the country, naturally with the expectation of "increasing income". And here is the problem. 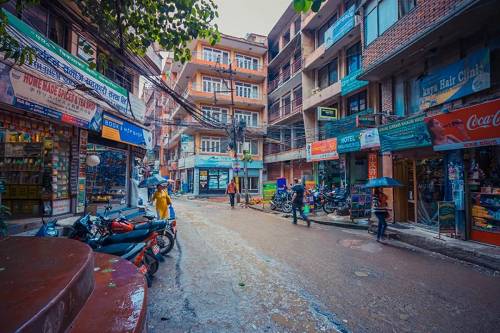 Many Chinese tourists to Nepal will use it WeChat Pay and Alipay are also frequently used by Chinese nationals who operate hotels, restaurants and other businesses in Nepal. Therefore, when Chinese tourists walk into the stores opened by these compatriots in Nepal, they will choose to use Chinese payment apps to pay.

However, the digital wallets of these stores are not registered in Nepal,

this means that although the service takes place in Nepal, the payment actually takes place in China. At the same time, it also allows local Chinese businessmen to earn profits without paying taxes, as Nepalese authorities cannot prove that these transactions actually took place within their own borders.

There is a view that any country wants its own financial system to be stable so that its currency can circulate stably. Under the above circumstances, the local financial supervision department cannot detect the flow of funds, and cannot supervise the merchants, which is likely to breed or condone illegal activities such as money laundering, smuggling, and tax evasion.

This kind of behavior is called "domestic code for overseas use" in the industry. It is a "grey product" that has long been formed in the cross-border payment business ecology, but is indelible. So the Central Bank of Nepal chose to take action. However,

the above-mentioned illegal payment methods are only prohibited locally, not mobile payment services for the whole of China.

At the "Nepal Tourism Promotion - China Tour" event in April this year, Ms. Shrestha, an official of the Nepal Tourism Bureau, revealed to the Daily Economic News (blog, Weibo) that, In the future, Nepal Tourism Bureau will cooperate with Didi Chuxing, Ctrip, WeChat, Alipay and other companies to carry out consumer programs.

The picture and text are irrelevant (Source: Photo Network)

Regarding the practice of the Central Bank of Nepal, Ant Financial responded that Alipay's overseas business has always followed local laws and regulations, and called on users to standardize the use of barcode payment services in accordance with the "Alipay Money Collection Code Agreement". Alipay has taken measures to strengthen the prevention of the phenomenon that some users use domestic QR codes overseas, which has achieved certain results, and reserves the right to investigate those who use the service in violation of regulations.

Every time Xiaobian notices, the relevant clauses of the "Alipay Money Collection Code Agreement" include:

Article 2 Your rights and obligations (4) When you use this service, you must At the same time, abide by the relevant business regulations of each bank.

only within the territory of the People's Republic of China (excluding(including Hong Kong, Macau, Taiwan) to use this service.

Article 3 Alipay's rights and obligations (1) If it is found that the information you have filled in is false, or your use of the "Cash Code Service" violates relevant national laws, regulations and rules, or If you violate this agreement or Alipay's rules, or infringe on the rights and interests of other third parties, Alipay has the right to ask you to provide relevant materials for explanation or directly make processing including but not limited to suspending, suspending, terminating processing or stopping payment of relevant funds.

On the evening of May 21, following the response of Ant Financial, WeChat also stated that WeChat Pay’s cross-border business strictly abides by the relevant laws and regulations of various countries, and has been using technical means for overseas illegal collections. Severe crackdowns and prevention.

The editor found that

A currently recognized technology that can effectively stop such illegal activities is "Geo-fencing", that is, using a virtual fence to enclose a Virtual geographic boundaries. Devices can automatically receive notifications and alerts when entering, leaving, or moving within a specific geographic area.

In fact, in the cross-border development of Alipay and WeChat Pay in recent years, the issue of illegal collection of QR codes has repeatedly attracted the attention of regulatory authorities in other countries and regions, such as Thailand, Vietnam, etc.

However, merchants who have been authorized by Vietnam's official settlement institution (VIMO) and paid in accordance with the formal process can still use Alipay and WeChat payment normally

Also The country has made new progress. For example, Indonesian officials have shown more tolerance for Alipay and WeChat payment, and use the method of cooperative business development to control possible risks. On November 27, 2018, Onny Widjanarko, director of the Bank Indonesia Payment System Policy Department, said before the central bank's annual meeting in Jakarta that payment platforms from China, such as WeChat and Alipay, would be allowed to operate in Indonesia, but only with the Local practitioners in Indonesia cooperate to develop the industry.

According to the official data released by WeChat Pay in March this year, WeChat Pay's cross-border business has supported

compliant access to 49 overseas countries and regions, and has developed nearly 1,000 cooperative institutions to support sterling , Hong Kong dollar, US dollar, Japanese yen, Canadian dollar, Australian dollar, Euro, New Zealand dollar, Korean won and Thai baht and other 16 currencies. According to the data released by Alipay, Alipay has provided overseas offline payment services for Chinese consumers in 54 countries and regions around the world, and is also developing "local version of Alipay" in 9 countries and regions. Serve local users.

This article was first published on the WeChat public account: Daily Economic News. The content of the article is the author's personal opinion and does not represent the position of Hexun.com. Investors operate accordingly, and please bear the risk at your own risk.