Chong Duck | 2018 cannot be withdrawn... but Google and Baidu say "this year is worth the world"

To the 13.8 billion-year-old universe, it is just a superimposed layer of light and glimpse, but to you and me, it is a year that is destined to never return. At the intersection of all kinds of sorrows and joys, I have no other time except this life. All I can do is to travel long distances to return to the truth and live in this precious world. The sun is strong and the water waves are gentle.

As "Miracle Boy" said, be a kind person, because everyone's life is not easy...

May you and I be hit At times, remember your preciousness and resist malice; when you are confused, firmly believe in your preciousness. Love what you love, do what you do, obey your heart, and ask no questions.

How many goals did you achieve at the beginning of the year?

I got an offer from Dream School

Or are you still with your sweetheart? 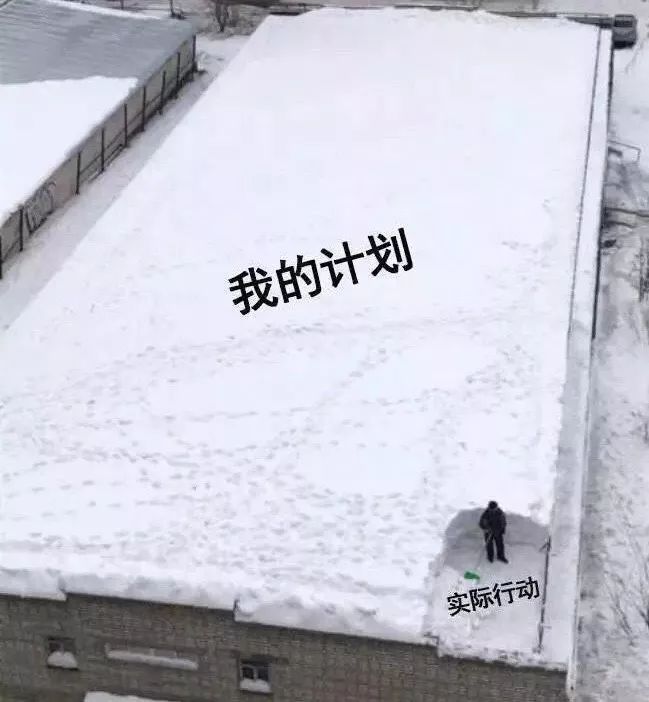 Google and Baidu have not stopped and released the annual Hot search list.

Today, Junjun will take a look with everyone, what are you caring about in the coming year.

In the World Cup, Megan becomes the global traffic king

The most valuable is of course

Google’s hot search global rankings, and those who can be on this list are naturally

World Cup. It seems that the whole world misses the exclusive World Cup eating fried chicken, drinking beer, and staying up late to watch football. Of the day. 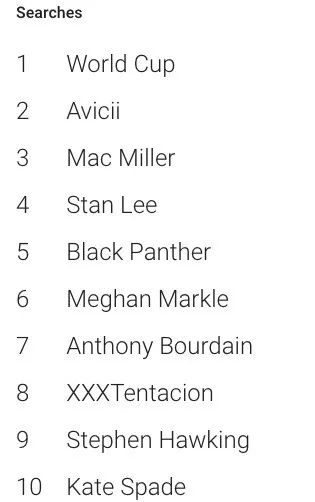 In the next four years, Jun Jun looks forward to breaking the penalty curse of 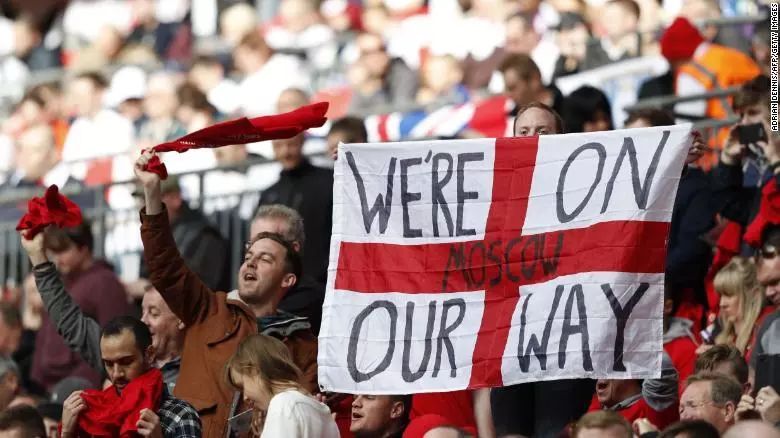 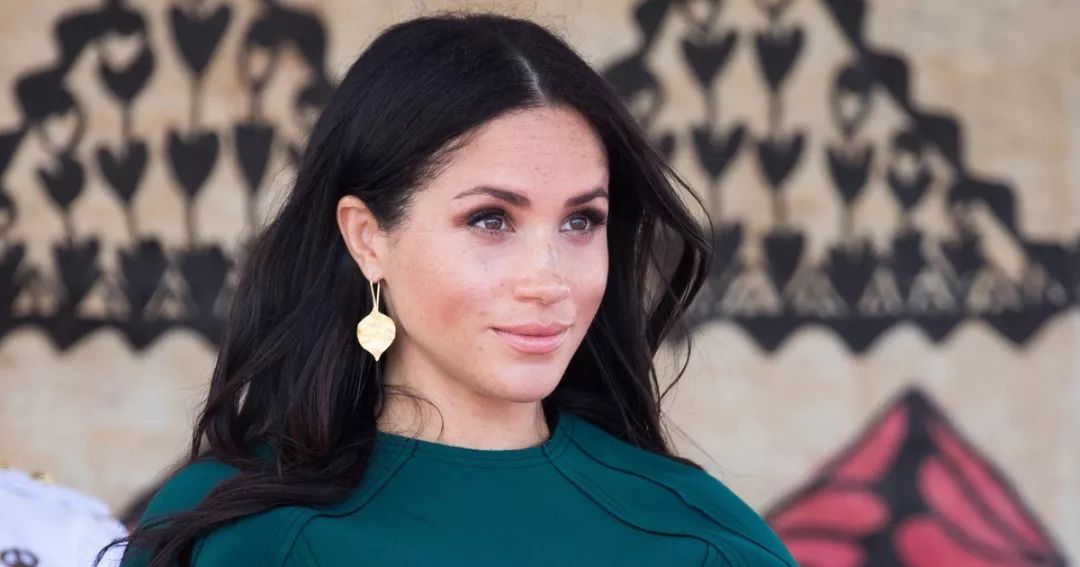 Royal Wedding (Royal Wedding)" related to her is also Won the 4th in the news category list.

And on the character ranking list, sheIt even won the championship.

In 2017, people all over the world are searching for

Unexpectedly, one year has passed, and her heat has no intention to drop. 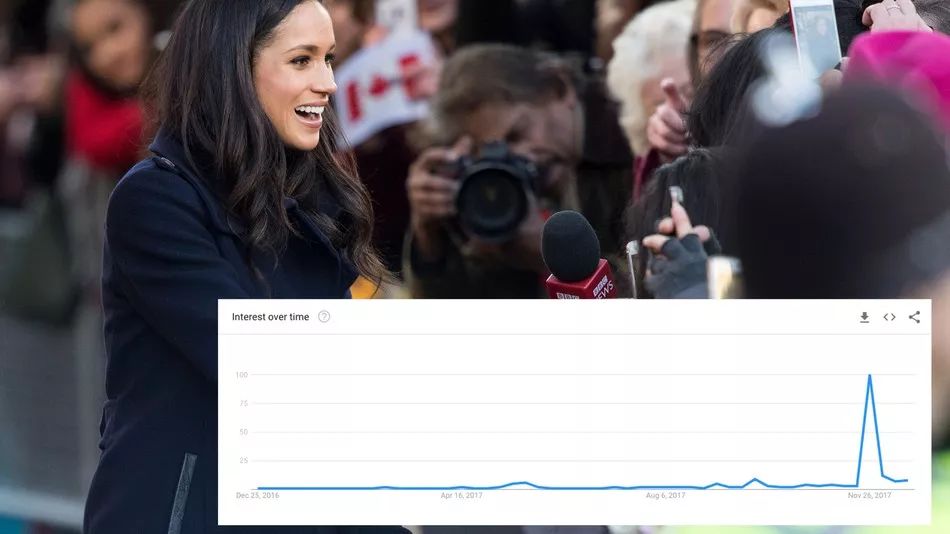 Although Prince Harry has his name on

Baidu’s "Annual International Event" by virtue of his wedding , But Megan is even more popular all over the world. 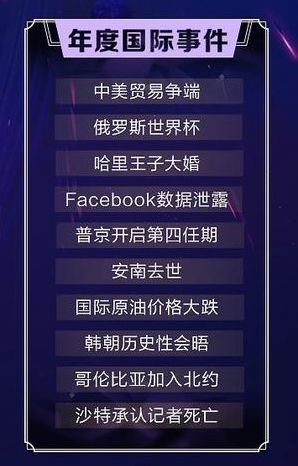 From the drama family to the century wedding, from the announcement of pregnancy to the feud with Kate’s wife, Every time Megan appears, there is a real topicality.

Considering that next year will give birth to the royal baby, Megan will continue to dominate Google next year, the momentum is still very fierce~ 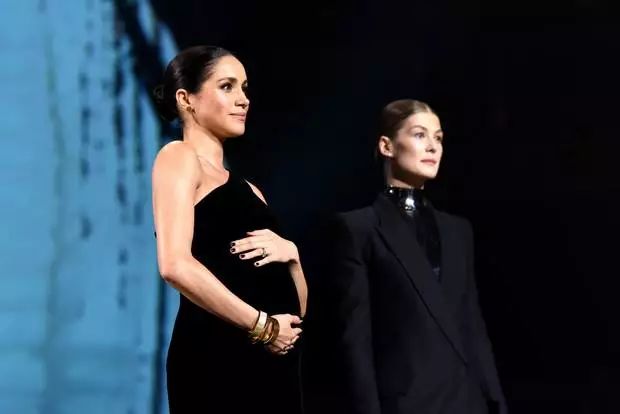 Anyway, the big thing that Britain can compete with her for headlines is probably only 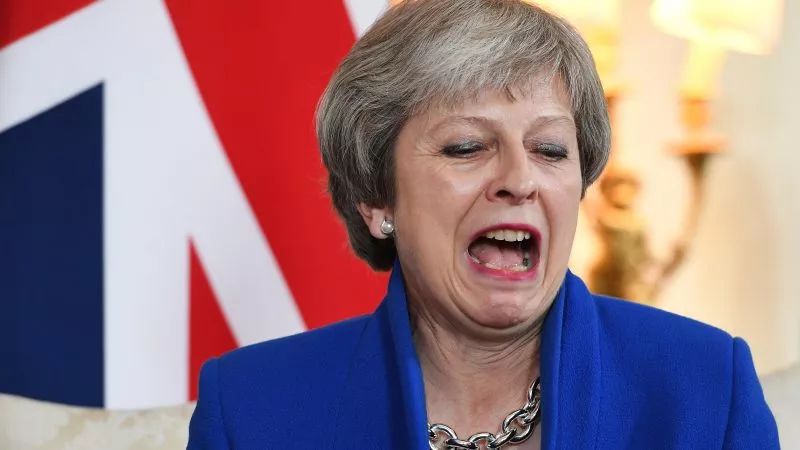 the lost year, which is on the list The above is also reflected incisively and vividly. 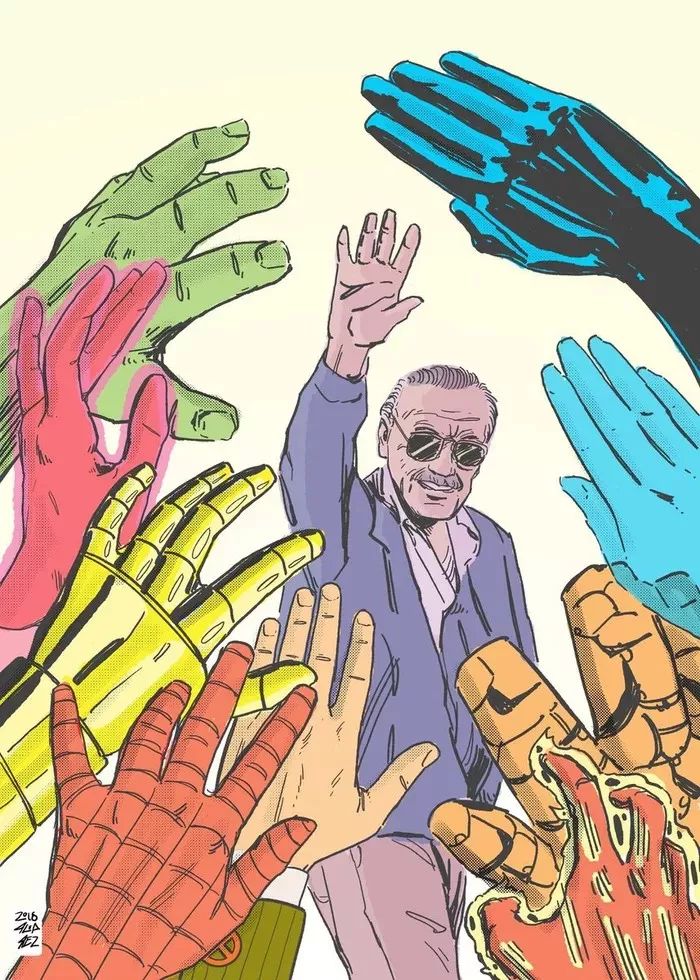 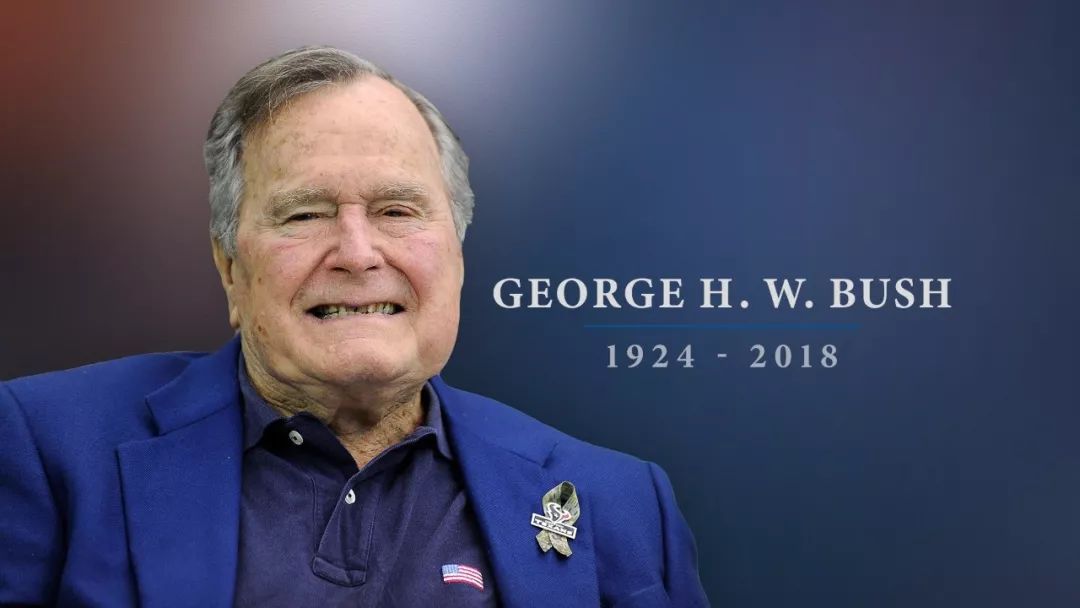 Look at these white clouds gathering and dispersing, dispersing and gathering, the separation and reunion of life are like this.

Familiar people are leaving one by one, as if the handover ceremony has been completed, they handed the world to us.

2018 not only made us lose a lot, but also taught us how to say goodbye and how to grow.

" "Strategy of Yanxi Palace" has become a phenomenal drama worldwide in 2018. 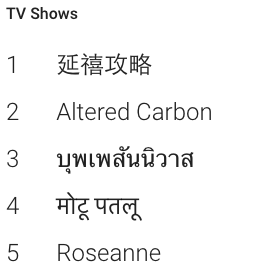 The domineering sister Wei, the tender queen, the hateful Erqing, and the affectionate Fu Heng , And the most scumbag in the history of the big pig's hoof dry small four...

Jun Jun now thinks about these images as vividly as he did when he was chasing a drama. 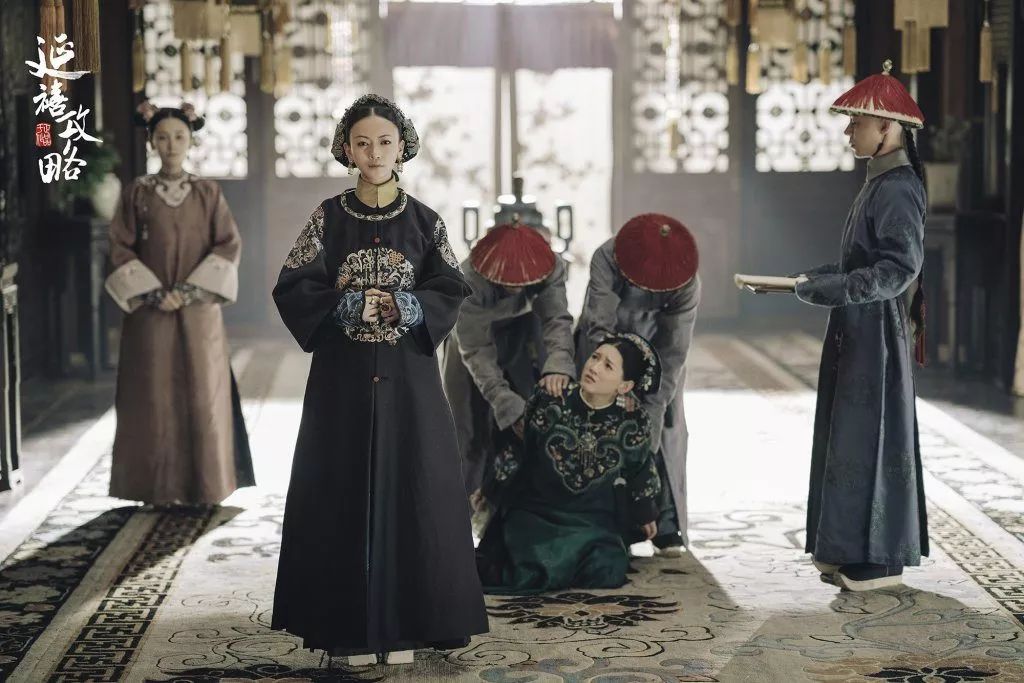 Although everyone has mixed praise and criticism for "Strategy of Yanxi Palace", it cannot be denied that it does indeed have a great influence on a global scale. It has been broadcast in more than 70 countries and regions.

"The Name of the People" is still a bit worse than it.

It seems that the experience of watching a drama does not divide national boundaries.

Everyone is tired of watching TV dramas where the plot is procrastinated, and good people always swallow their anger.

Sister Wei, who has a bad temper, fits the psychology of the current audience, and it has become popular all over the world! 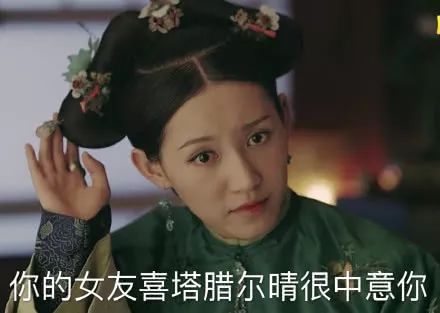 The overall list released by Baidu presents the scene of international and local battles. 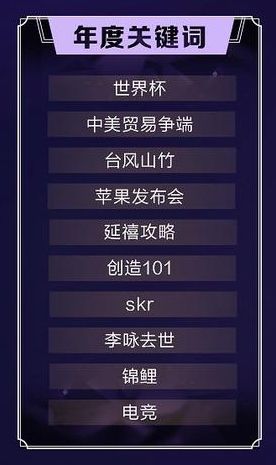 This yearThings are getting more and more concerned. In addition to the Sino-US trade dispute on the list,

Putin begins his fourth term, international crude oil prices fall, the historic meeting between South Korea and North Korea, and Saudi Arabia admits that the reporter has died In fact, all the people talk after dinner.

101, skr, and koi are often talked about by young and old.

As for the hotly discussed topic, it is not surprising that Fan Ye and Dong Ge are on the list.

Apple conference how did it become the champion? 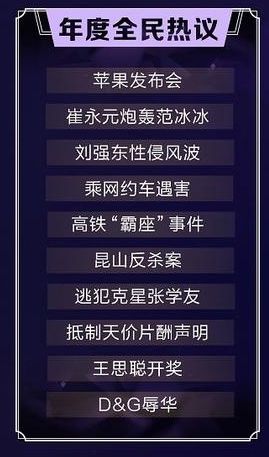 Cook, after the New Year’s trouble, remember to pay an advertising fee to Baidu... 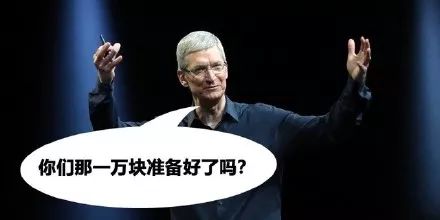 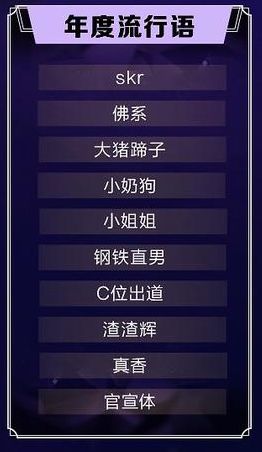 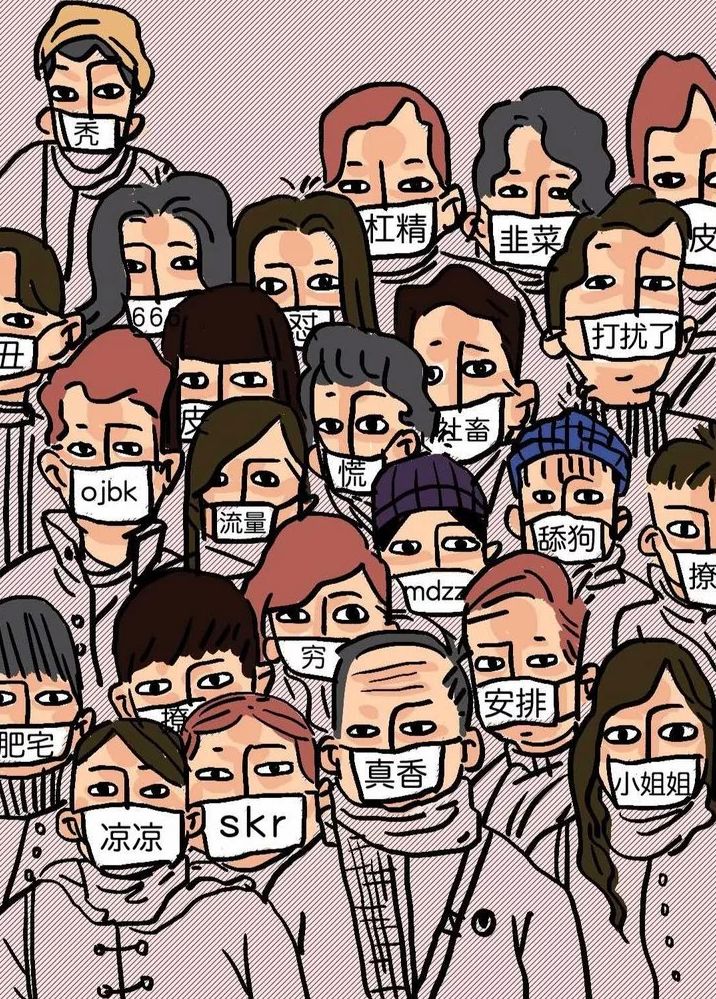 There are so many buzzwords this year! ! ! 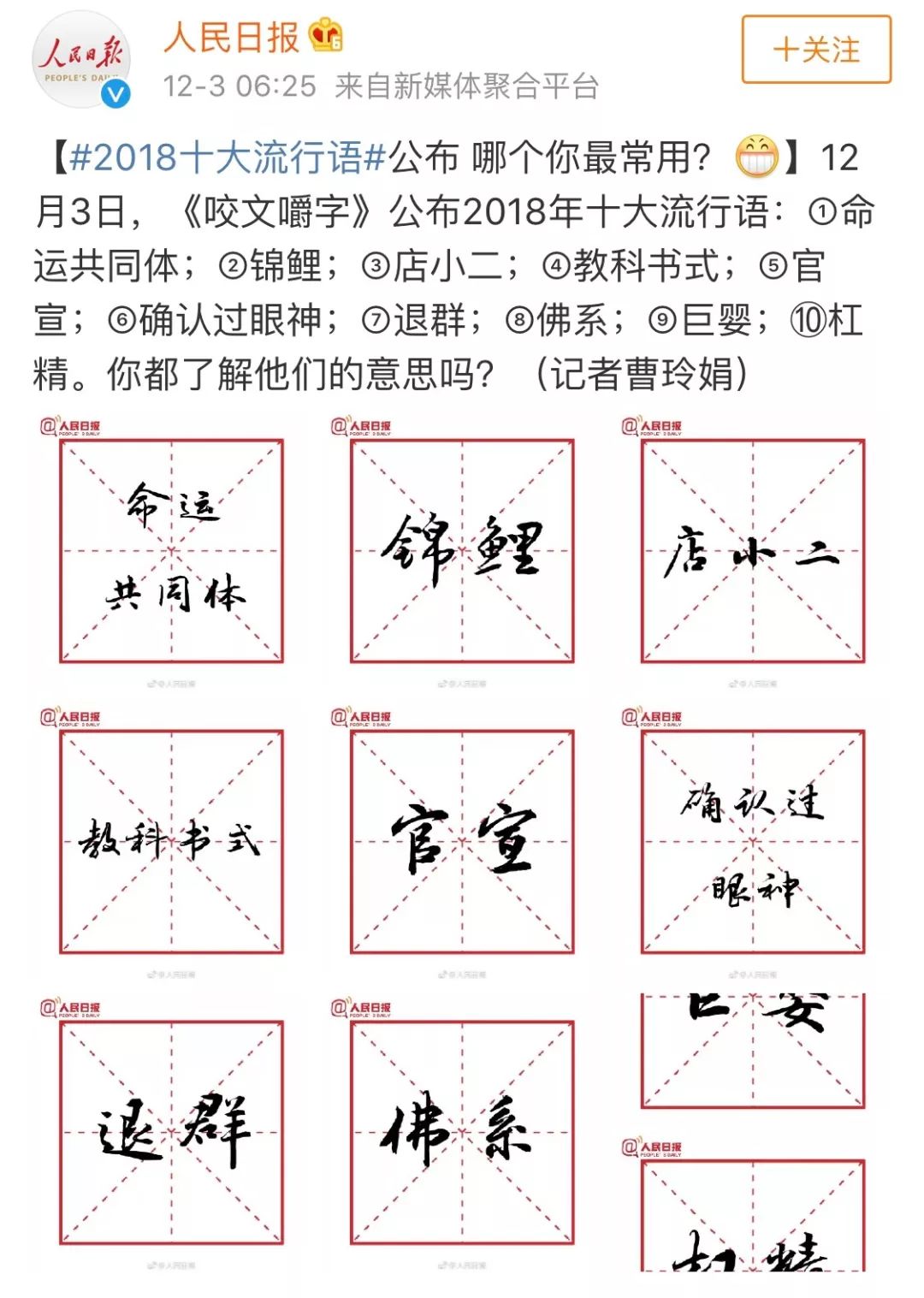 I don’t know how to forward this koi, skr, really fragrant, not worth it... Which sentence is best to describe your 2018?

In Jun Jun's mind, the most impressive buzzwords are still them... 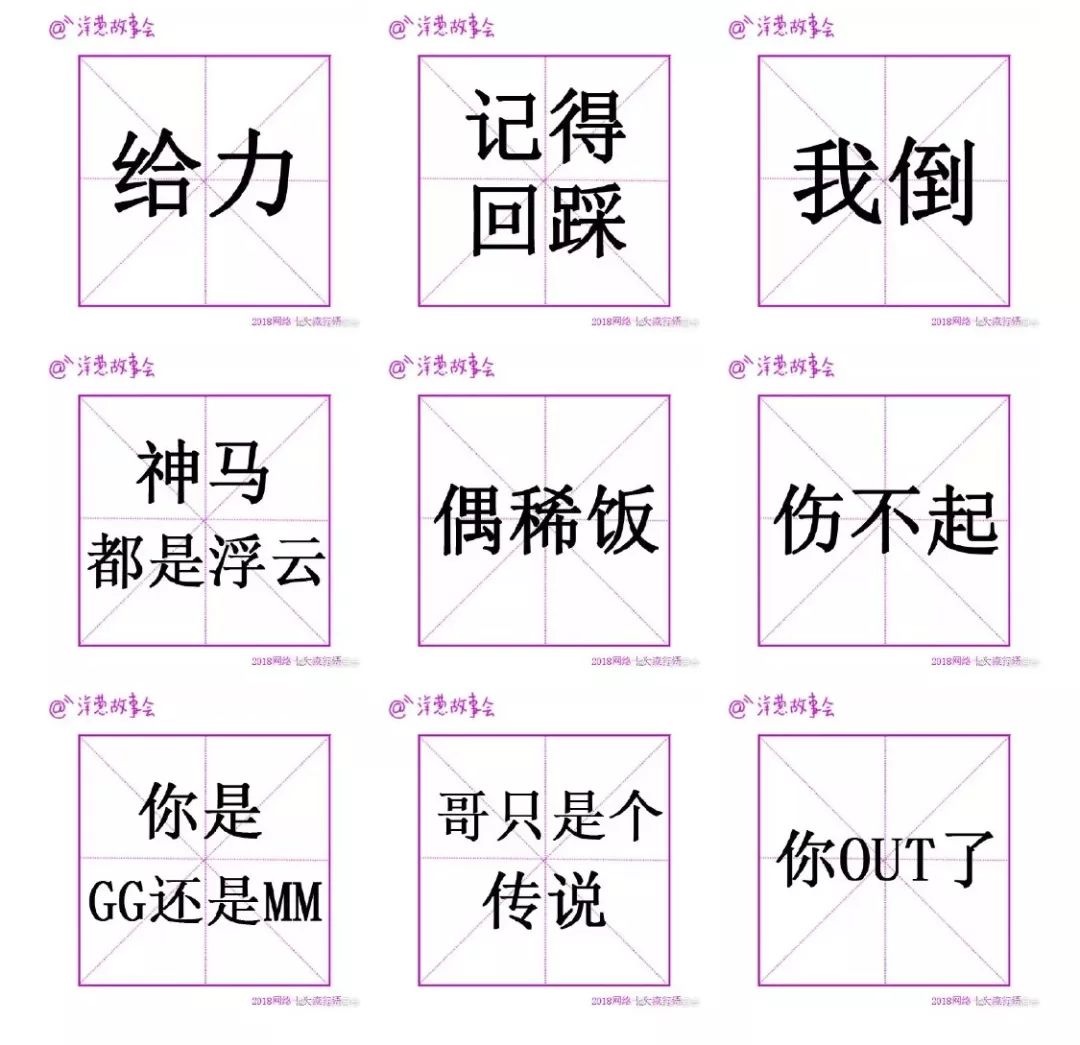 We have lost it

But I got it too

We have been sad

But I have also cheered.

The sad and happy 2018 is no different from every year in the past.

On the other hand, Google taught us how to see the hopes behind the hot search, the will to make ourselves and the world a better place.

Good people and good things are worth searching.

This is what everyone wants to know perseveringly.

After reading this year through Google and Baidu, Have you also found that

there are many things in the world worth looking forward to? 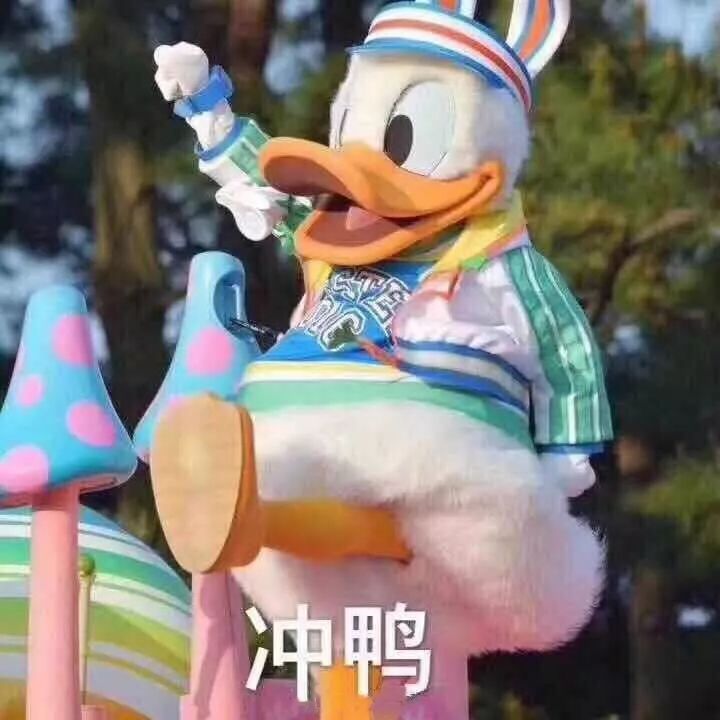 Finally, Ah Miao wishes all my friends to be full of love and hope in the year of ❤️, everything goes well!

# Topics in this issue#

Talk about the small goals of 2019

See you in the comments section

Mr. Truth or the Penguin number of the American Exploring School Group 190403677, Mr. Truth will help you with overseas photographers and senior consultants to help you answer. If you have any incurable diseases about studying abroad, please feel free to send us a private message in the background.