Why did the two AI giants, Deepmind and Facebook, fall in love with "StarCraft"? 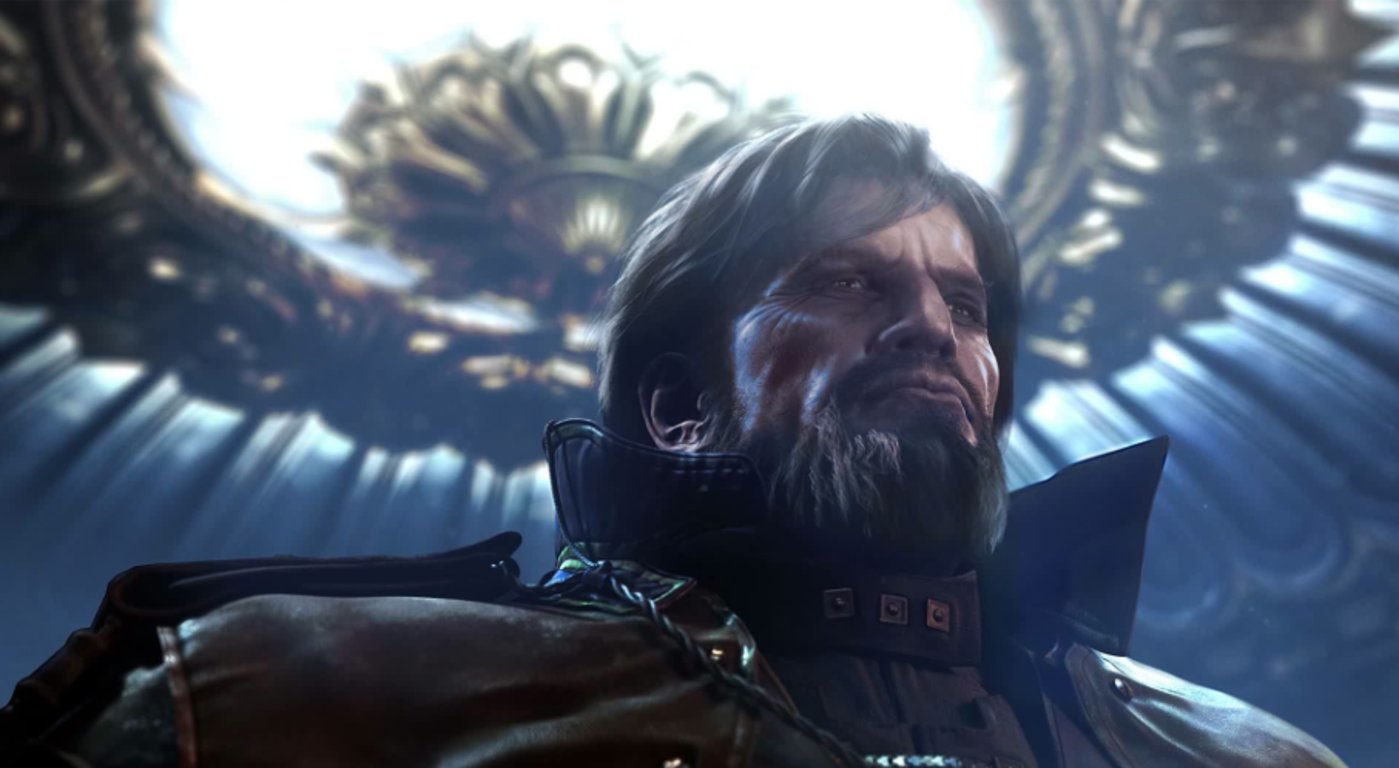 In the last week, there were many major events in the AI ​​circle, but only one event aroused the interest of the two AI giants at the same time, and that was Fight for hegemony.

Why are AI giants such as Deepmind, Facebook, and Ali successively fascinated by the research on "StarCraft"? Why did they not create an artificial intelligence to defeat human players, but embark on the road of open source data and release research tools?

In addition, I believe everyone who pays attention to AI has noticed that many media and experts believe that the research of "StarCraft" can lead AI to the road of general intelligence. But most of the explanations do not know why. What is the logical relationship between "StarCraft" and General Intelligence?

This article attempts to answer these questions-how exactly did "StarCraft" fascinate the AI ​​giants collectively?

Before starting a detailed analysis, we must reiterate this common sense: Top AI experts are not game houses (at least not at work), and the fact that AI can play games does not mean anything to them. value. Just like AI's contribution to Go is by no means to show how good AI is, or to humiliate the traditional culture of Asian countries (yes, some people on Weibo think so).

The reason why AlphaGo chooses Go is because this intellectual sport has the characteristic that it cannot be exhausted by violence, and it can test the non-computing ability of AI. For example, we have seen that the final version of AlphaGo has demonstrated the ability to layout, the ability to judge abstract situations, and even the creativity in specific behaviors-these are capabilities that traditional computers will never have.

For AI researchers, games are just methods, not goals. AI companies have only two goals: one is to make better AI, and the other is to use it to sell money. But the game has natural laboratory attributes in training AI: data support, clear success or failure criteria, and a large amount of human training data available.

With this consensus, we can begin to crack the plot of the AI ​​companies on "StarCraft". But the first step is to understand what the AI ​​company does with StarCraft, and what is the purpose of doing these things?

First of all, let’s take a look at what Facebook and Deepmind have released in their “chassis” action this time.

According to the chronological order, Facebook is the first. To put it simply, Facebook this time released a 365GB "Brood War" game data set containing more than 60,000 pieces of content. Of course, these data are not for people to see, but data used for machine learning task training.

It is especially worth noting that Facebook specifically emphasized the versatility of these data in the published paper. They can adapt to different algorithms and different platforms, and it can be said that they provide relatively standardized machine learning training data.

When it comes to Deepmind, things are a little more complicated. Their target is not "Brood War", but the more advanced "StarCraft 2". Deepmind released this time an integrated AI training toolkit called SC2LE (StarCraft 2 Learning Environment). 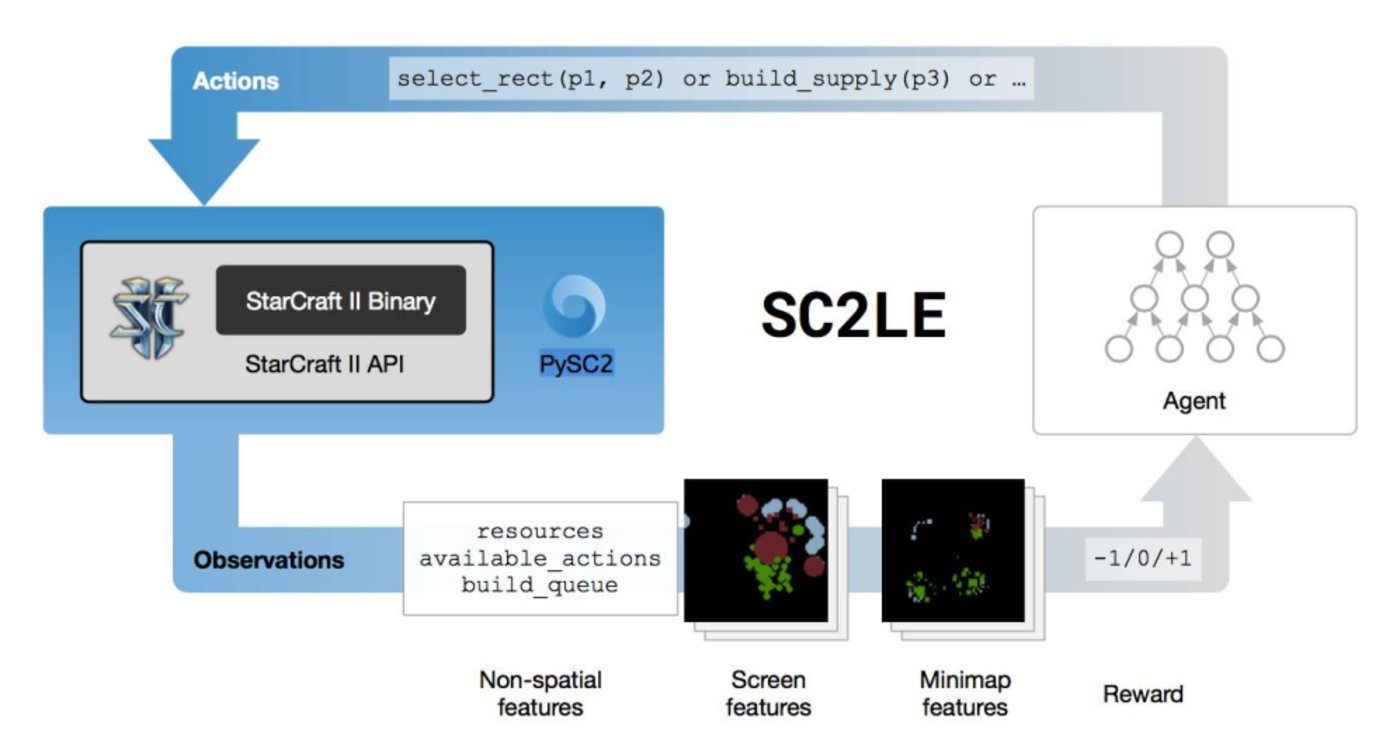 There are four things in this spree, as well as an article devoted to the machine learning environment of "StarCraft 2"paper.

First of all, Deepmind also provided a game data set, including 65,000 anonymous game data officially recovered by Blizzard. It will continue to increase in the future.

Secondly, the "StarCraft 2" machine learning programming portal developed by Blizzard was released to facilitate researchers and developers to integrate their agents into the game for research.

In addition, Deepmind has also open sourced the PySC2 toolkit developed by itself, allowing researchers to train their own agents more conveniently.

Finally, the gift package also includes a series of enhanced learning mini-games abstracted from "StarCraft 2". These mini games can make it easier for researchers to test the effects of agents in specific scenarios.

In this way, the scientists at Deepmind and Blizzard are more considerate. They not only serve staple food, but also various tableware and desserts, as well as food instructions.

But whether Deepmind or Facebook, there is only one goal:

Provide a research environment that is as convenient and comfortable as possible, and attract more developers to join the cutting-edge AI training of StarCraft.

The basic motivation for this is that the actions and scenarios of games such as "StarCraft" are almost endless, and the manpower of a company cannot carry out comprehensive in-depth development and experimentation. Therefore, open source and shared data to help more researchers skip the basic steps and directly study cutting-edge, specific action algorithms and multi-task coordination solutions are the real focus of AI companies.

This kind of action idea comes from the peculiarities of real-time strategy games. Here we can begin to answer another question: Why must it be "StarCraft"?

Why must it be "StarCraft"?

Just now OpenAI's AI defeated the top DOTA2 players, Musk excitedly sent out a tweet to celebrate (by the way, did not forget to mention the AI ​​threat theory), but many other AI giant scientists are quite disdainful, this is Why?

The reason is that in the 1V1 mode of DOTA2, AI only applies to one agent, and the goal is relatively single. One-on-one encounters are not an incomplete information game. The speed and response of human beings is definitely not as good as AI. The value of OpenAI's AI lies more in learning the rules of e-sports with the AI ​​system. 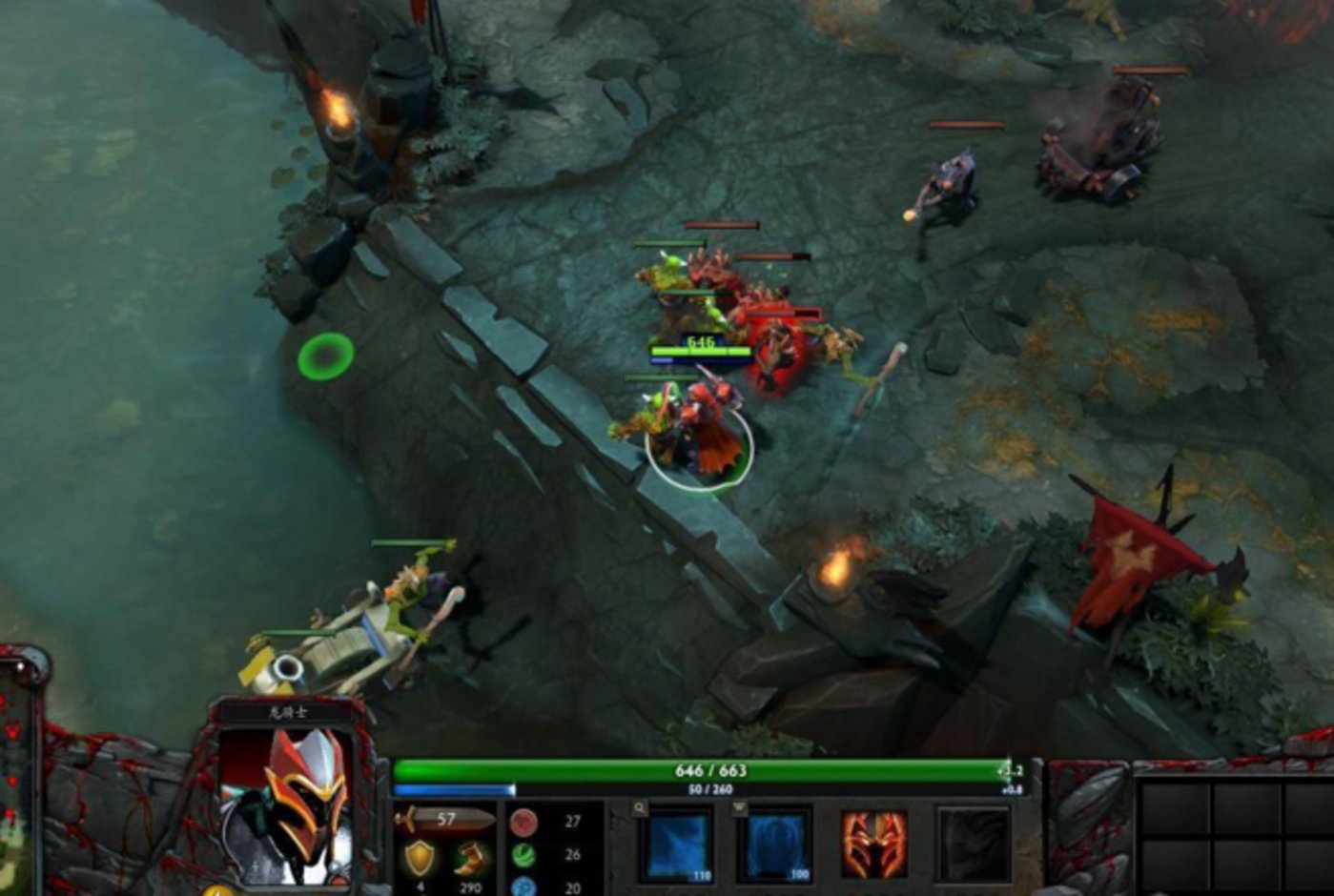 1. Complex and changeable environment, test The ability of the agent to understand the spatial, temporal and data changes of a large amount of environmental information. 2. The cooperation of many independent units. The technology that human players call "micro-manipulation" is to test the ability to coordinate operation of multiple units, buildings, and formations under melee. This is a core test for AI. 3. Game of incomplete information. This type of game starts with the fog of war, and it is impossible to observe the opponent's direction. The agent is required to make layout and long-term judgment.

These characteristics make real-time strategy games one of the most complex known AI experimental environments. It is important to know that the goal of AI is not to win, but to win.

As for why it must be "StarCraft", perhaps several reasons can be summarized:

First of all, Blizzard has the willingness to build AI open source, " The material and interface of StarCraft itself are also very smooth. The cost of digitizing the entire game is very low.

Secondly, compared to the real-time strategy game of fighting effects and graphics, "StarCraft" has stronger competitive attributes. Its movements are numerous and the elements are complex. Like Go, it has the basic characteristics of being difficult to be disassembled by violent calculations.

At the same time, because of the strong competitive attributes and long history of competition, "StarCraft" has very rich tactics and strategic discussions. The value of each sub-action basically has a basis for judgment, which is a prerequisite for a machine learning system. one.

In addition to these three points, there is actually the most important reason: "StarCraft" is the real-time strategy game with the largest battle volume, and the platform construction such as Battle.net is very complete-in other words, There is enough training data left for AI.

The true purpose of AI giants

I would rather adopt an open source crowdsourcing model, but also overcome the super-complex training environment of "StarCraft", AI GiantsIs it to be full? What do they want from it?

According to Deepmind's dismantling of "StarCraft 2" into a series of mini games, it is reversed. We can know that what the AI ​​company hopes is that after cracking one detailed action after another, these are assembled together to form a large collection of agents. And this collection will bring together not only countless solutions, but also the universal capabilities behind these solutions. 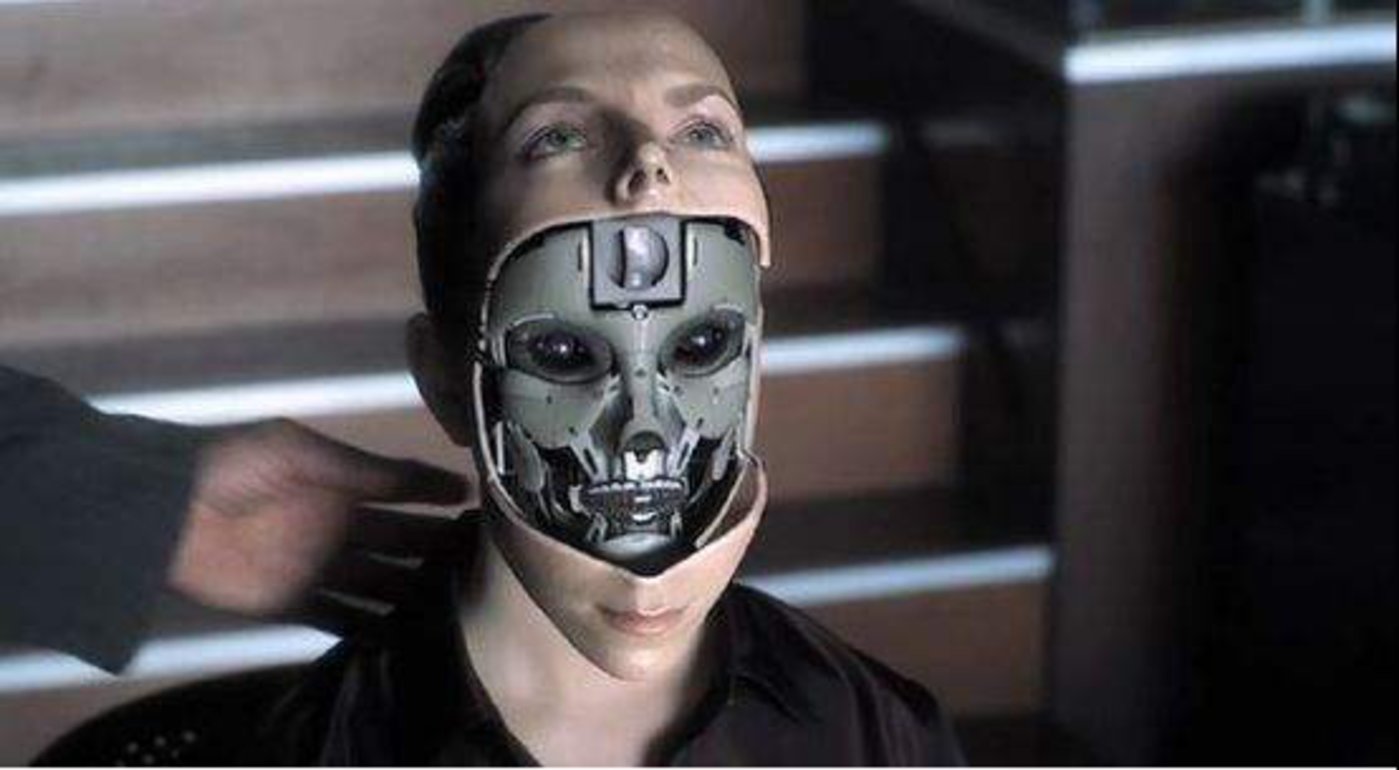 If we compare with Go, we can infer from "StarCraft" as a training environment that at least four types of Go cannot be given Ability:

1. Machine memory. Different from board games, the past information in real-time strategy games may be completely obliterated. For example, the soldiers just made are dead... But this information will influence the next story. This requires AI to have memory, and to use memory to provide countermeasures. According to the rapid adjustment of memory, it will be a brand-new AI capability with extremely strong commercial value.

2. Long-term planning ability in a weak information environment. As mentioned above, the start of a game like "StarCraft" is completely information closed. What you do at the beginning may have nothing to do with the outcome of the war, but it has a genuine causal relationship. Such long-term planning and adjustment planning capabilities unique to humans correspond to the prediction and judgment capabilities of machines.

3. Multi-agent collaboration capabilities. Through a keyboard and mouse similar to humans, how an agent can command a large number of agents to collaborate on a terminal is definitely a fascinating topic. Even strategic sacrifices, decoys, and concentrated firepower may be compared to the central role of AI in the real world in the future.

4. Action continuity. All gamers know that the key to winning is to play "rhythm." The so-called rhythm comes from how each command of the player is connected and whether there is continuity. The same is true for AI. It is not difficult to surpass human wisdom in a detail, but how to connect each action and maximize the overall value is the key to the development of AI.

The most exciting part of these four directions is that they all correspond to the ability of people in reality-not only the intelligence of human beings to perceive and interpret the world, but also the memory, collaboration, and persistence that humans react to The "kinetic energy" of the physical world.

At this point, perhaps we can understand why "StarCraft" is called the key to general intelligence. Because it indicates that AI will learn the possibility of being more similar to the human mind in a more chaotic and real environment.

Even if you don’t talk about such grand propositions, similar intelligence may become AI instead of stock analysts, AI instead of advertising planning, and AI instead of lawyers. The cornerstone of this kind of huge business transformation-at least this kind of smart games. I'm afraid it's no more difficult than playing "StarCraft" with top players.

The love of AI company for "StarCraft" can be easily understood at this point.