In 1999, when Microsoft went to buy Nintendo

In the last year of the 20th century, when the Xbox console development project was in internal competition When defeating the WebTV team (which once produced TV set-top boxes) and persuading Stephen Ballmer and Bill Gates to invest tens of billions of dollars in the field of home appliances, Microsoft faced an important choice: to use "Age of Empires" and "Microsoft With the development experience of PC games such as Flight Simulator and Crazy City Racing, the first-party studio was cultivated from the beginning, and the market value of more than 600 billion US dollars was still used to launch the "money capability" to acquire other game companies. Obviously, they chose the latter.

This is not the result of a head-to-head decision. After all, in the computer software business, Microsoft once enjoyed a lot of dividends through acquisitions. For example, in 1981, the copyright of the 86-DOS operating system of Seattle Computer Products Company was purchased at a price of only US$50,000, which turned it into the popular MS-DOS. Later, a series of cooperation and copyright acquisitions for Sybase allowed Microsoft to enter the database market smoothly.

Even in the field of home consoles, this tendency was manifested before the Xbox project was finalized. They originally wanted to take the other company's entire company through cooperation with Sega’s system customization. However, some of Sega’s senior executives strongly opposed it. In addition, Bill Gates wanted to fully integrate the Windows operating system with the new hardware, which would benefit the PC. The transplantation of the game eventually put this envisioned transaction on hold indefinitely.

Therefore, in the acquisition of major game companies, former Microsoft executive Rick Thompson (Rick Thompson) has probably become the busiest and also The most unlucky person. He booked two tickets in his office in Redmond, Washington, one to Redwood City, California, and one to Kyoto, Japan. One of the targets is EA, and the other is Nintendo recommended by Ballmer.

At that time, EA just gave up support for the Sega Dreamcast console. Great real machine to cut in. But when Thompson visited EA enthusiastically, John Riccitiello, the company’s chief operating officer, didn’t give him a good face: "I talked to the people at Microsoft more than once, but never I haven’t seen you...you guys don’t even know how to be a host..."

When it was mentioned later, Risitiello admitted that he might have left an unfriendly impression. . The actual situation is that the two parties have conducted several consultations, but Microsoft did not provide information that would enable EA to actually make a decision. The former CEO of EA, Larry Probst (Larry Probst), has always been talking about "if you mess up who is losing your job".

Because once the Xbox project fails, it may be just a cut for Microsoft. They have a huge computer software and hardware business behind them, but for EA without a platform, the risk is too great and they need to continue The best-selling works maintain their assets and don't want to be an abandoned son. To a large extent, this is also related to EA's past experience. As the primary partner to sponsor the 3DO host, the failure of 3DO made them more cautious. 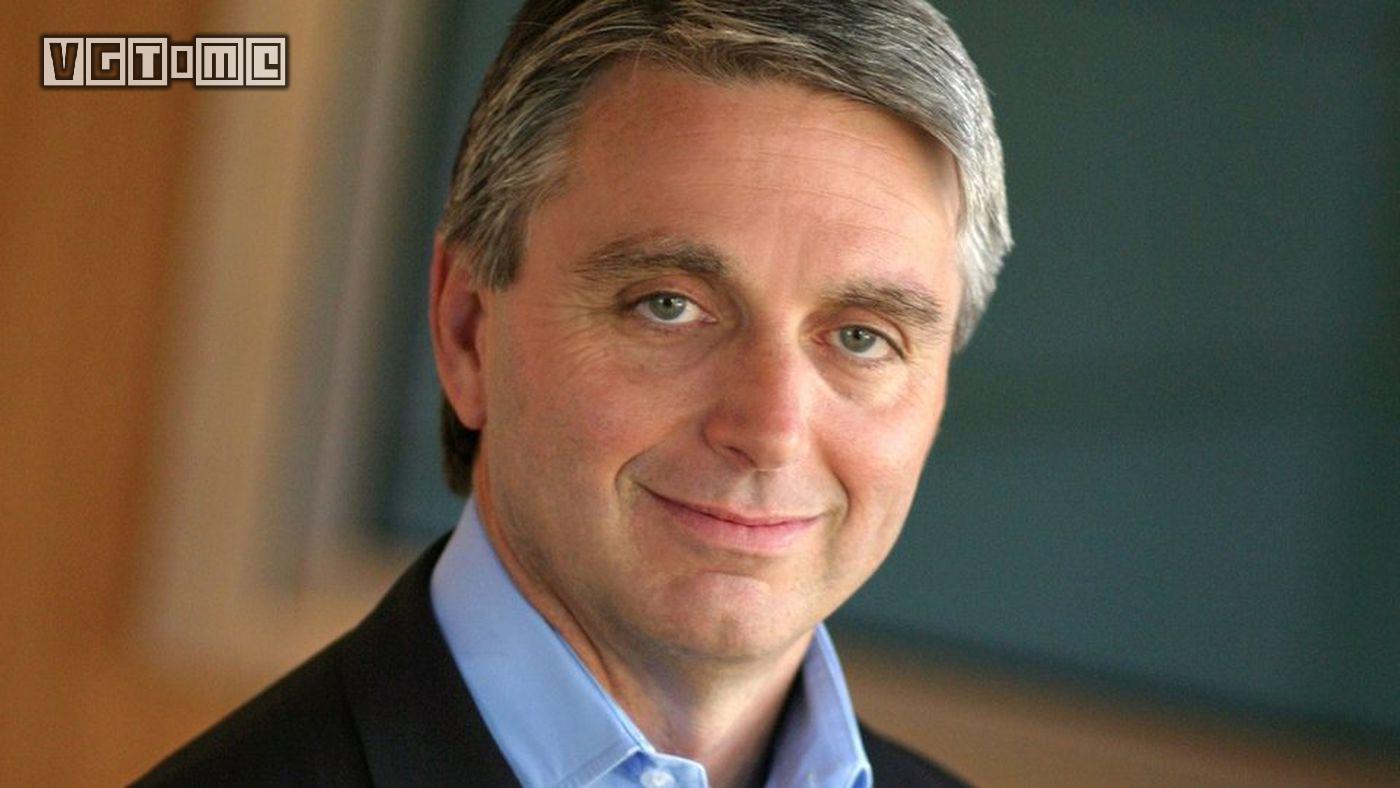 After having closed the door in the first round, a colleague who worked for Sony during the PlayStation release period gave the Xbox team members a negotiation suggestion-let Developers talk about technology first, and then talk about business matters.

However, according to the author Rusel Demaria in "Game of X v.1: Xbox" "Game of X V.2: The Long Road toAccording to the records in books such as Xbox, the former Microsoft executive Rick Thompson who was in charge of negotiating with Nintendo was obviously too arrogant at the time.

"Because you know, typical Microsoft people, what they want to do is to create the future, but I, like an anti-Christ, find Nintendo and say I would rather buy them... In my opinion, We should spend 25 billion US dollars to buy this company instead of starting from scratch.” Thompson also said: “So while in Kyoto, I went to Nintendo’s office seven times and negotiated through my crappy American way. Straightforwardly mentioned "I want to buy you guys." " 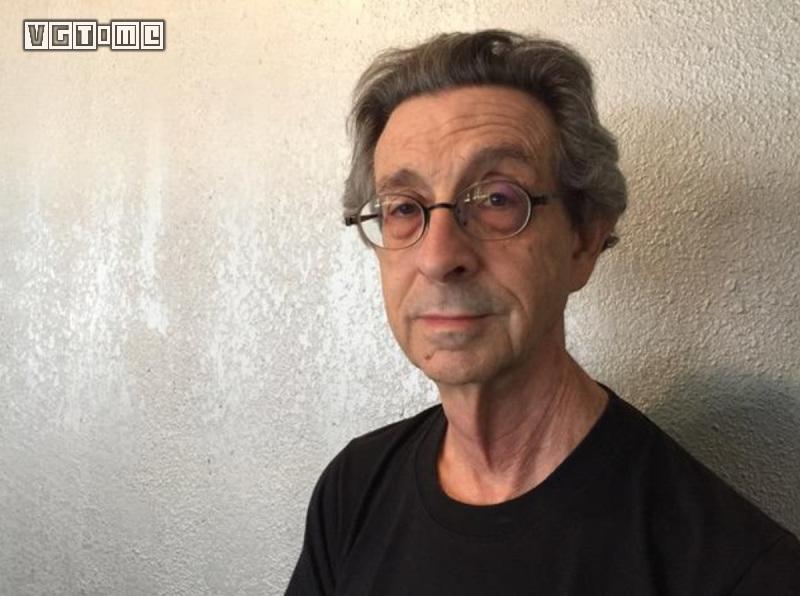 Former Xbox third-party relations director Kevin Bachus recalls that this move gave all Nintendo executives Amused: "They just kept laughing. It's like, if you imagine, someone laughed at you for an hour. That's how it felt at that meeting. "

The well-known gaming blog Did You Know Gaming has also expanded on this anecdote. When Microsoft proposed an acquisition agreement in 1999, the former president of Nintendo of America, Mizuno Arakawa (son-in-law of Yamauchi) initially thought it It was a joke, but after Microsoft explained their intentions in detail, the old man began to take the proposal seriously and initiated a total of seven meetings.

To be fair, Nintendo is certainly not without interest. At least. In the early stage, some of their members worked with Microsoft engineers for two and a half days, and learned all the technical details about Xbox. Microsoft’s conditions are also very generous. Even after the acquisition is completed, they are still willing to report to Nintendo every year. The platform offers a certain number of free games.

In fact, according to Bob McBreen, the former head of Xbox business development, Nintendo once visited Microsoft in January 2000 and he is accepting Bloomberg said in an interview:

"We gave them all the technical specifications of the Xbox. The impression of their console is that the hardware is terrible, and when you compare it with Sony’s PlayStation, it does. So our thinking is, "You see, you are making games that are obviously better than making hardware, such as Mario and other forests, so why don't you let us take care of the hardware?"

It is said that the results of the meeting were submitted to Yamauchi by fax, but he didn’t seem to like this idea, thinking that Microsoft lacked understanding of the game industry. On the other hand, it was also because the GameCube was on sale soon (September 2001), both parties There is little room for negotiation. Before Satoshi Iwata took over as the president in 2002, Nintendo was a family business, and Yamauchi’s attitude played a decisive role.

On the parallel line of negotiations with Nintendo, former Microsoft CEO Ballmer was not idle either. He was in November 1999. I went to Tokyo and found another hot Japanese company at the time: Square, which held "Final Fantasy".

Obviously, Microsoft also issued an offer to acquire Square, and the negotiations between the two sides have even entered the final stage. So that Ballmer held a celebration dinner with the executives the night before the signing of the contract.

As a result, on the second day, Hisashi Suzuki, who was the vice president of Square at the time, ) Suddenly said: "Before signing, our banker has something to say. "

Suzuki Shang believes that there are some errors in the company's valuation, and they should have a higher transaction value. Then they doubled the price proposal and wanted to sell half of the company's shares for 1.5 billion US dollars. Hesitate After the decision, Ballmer still retreated.

Although Microsoft’s acquisitions were repeatedly frustrated in Japan, some of the game’s production invitations were obtained. As a result. For example, after discussing the technical specifications and release date of the machine with Tecmo, Itagaki agreed to bring "Dead or Alive" and "Ninja Gaiden" to Xbox. He believes that Xbox is 4~6 times better than PS2. ’S team needs such a platform to create the best action game in the world.

On the other hand, Rick Thompson also approached a Konami executive. Things are very magical. All my friends and relatives before going to Both warned him that this man is a big alcoholic, and the two sides talked all night through translating the message of the little brother, and finally they really had a drink.Box of Asahi beer. He only returned to the hotel at 4 in the morning. Unexpectedly, at the 9 in the morning meeting, the executive shook his hand and said directly: "The deal, I joined."

Of course, at Among the aforementioned early acquisitions and cooperations for the Xbox project, Nintendo should still have the biggest impact on Microsoft. Not only was the hour of "ridicule" still fresh in the memory, the two sides have also been in a disconnected connection since then.

Microsoft might think so-since Nintendo can't be bought, then target their second-party studio.

In September 2002, they spent US$375 million to buy Rare, which owns 49% of the old Ren. Although it is not a "retaliatory acquisition", the old employees of Rare complained about this transaction and felt helpless.

Martin Hollis, who joined Rare in 1993, said: “The marriage between Microsoft and Rare was bad from the beginning. The groom is rich and the bride is beautiful, but they want to make Different games, they also want to make games in different ways."

The relationship between Rare and Nintendo was very good. Not only did it get the favor of Genhiro Takeda, the head of Nintendo’s integrated development department, but Shigeru Miyamoto also gave it away. They are a potted plant that symbolizes friendly relations. In return, this studio produced the era-breaking FPS game "007 Golden Eye", and eventually someone also participated in the development of the GameCube console. Rare can always use a small team of more than 10 individuals to create high-profile games that have sold millions of copies.

Unfortunately, after entering the millennium, the cost of game production has risen sharply, but Nintendo has not provided more funds for Rare. They have to find potential buyers. Later, Microsoft is in contact with Activision. Victory in the bidding. Perhaps as Hollis said, Rare is more inclined to focus on the east, focusing on child-like vitality and fun, while Microsoft's games are centered in the United States, full of masculinity and male sex, and the development direction of the studio has always been a problem. . For many old employees, the working atmosphere has become more boring and the pressure has become much greater after having a new owner.

Judging from today’s results, although Rare’s games such as "Sea of ​​Thieves" and "Eternal Wilderness" are still full of creativity, they are no longer the same as the golden age of more than 20 years ago. There has been a serious decline in the reputation and commercial achievements of. In general, if Nintendo accepted Microsoft’s $25 billion that year, it might not be a good thing for the flourishing game industry.

Interestingly, according to the book "Cases in Marketing Management", when Ballmer invited Peter Moore to head the Xbox department in 2003, Microsoft internally It seems that there has been talk of buying Nintendo again. But company executives finally thought that Nintendo was too marginal to become an important player in the video game market. Moore recalled: "We were completely focused on Sony at the time, and Nintendo was not even in the discussion category."

For Moore, his main task at that time was to oversee the development and release of the next-generation console Xbox 360: "I'm tired of expensive advertising on the console. I want to do this in a different way."

For Microsoft, a new era has quietly arrived.

Xbox: The Oral History of an American Video Game Empire