Ali and Tencent are competing to enter the game, who is the strongest enabler in the home furnishing industry|Year-end review①

Release Time:2021-08-16 Topic:Want to make money in the stock market Reading：179 Navigation：Stock Liao information > home > Ali and Tencent are competing to enter the game, who is the strongest enabler in the home furnishing industry|Year-end review① phone-reading 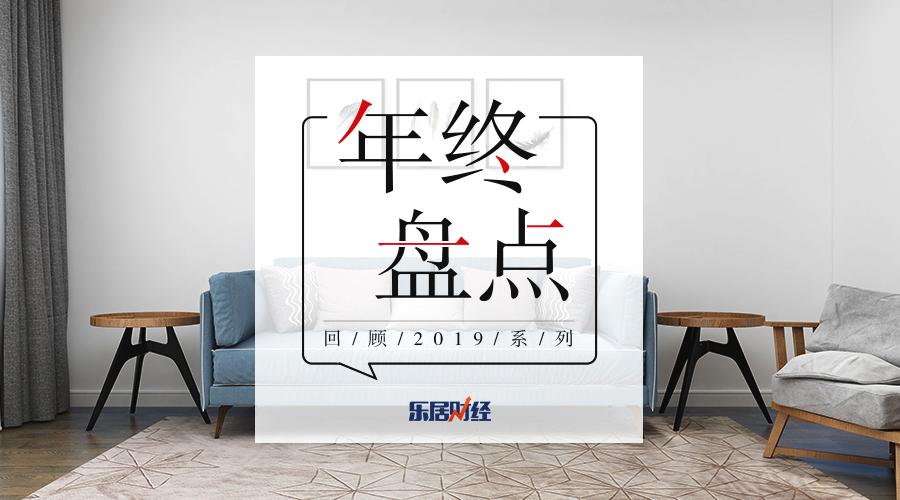 Former Chief of Staff of Alibaba Group, Zeng Ming, the former dean of education at Lakeside University, mentioned in "Twenty Lectures on Smart Business": The speed and breadth of the reconstruction of traditional industries by the Internet is changing from the past "Internet +" to the current "Internet ×", from simple superposition It becomes a mosaic of flesh and blood, deep fusion.

This sentence has also been confirmed in the home furnishing industry. On November 27, the co-founder of Pinduoduo, Dongzao, stated at the "2019 Cool + Global Pan-Home Digital Ecological Conference" hosted by Kujiale that in the first three quarters of this year, the overall sales of household products on Pinduoduo's platform increased by 400 compared to the same period last year. % Above, covering more than 90% of well-known brands.

On February 11, 2018, Jiaranzhijia and Ali announced a new retail strategic cooperation: Ali and related investment directions The house of unexpectedly invested 5.453 billion yuan, holding 15% of its shares. In addition to Alibaba, Jiaranjia also accepted a joint investment of up to 13 billion yuan from 16 investment institutions such as Sequoia Capital, Jiuding Investment, and Boyu Capital.

This is also the first single over 10 billion financing in the history of the home furnishing industry, and it is also regarded by the industry as the first signal that the Internet giant has officially entered the game. Since then, with the multiple empowerment of Alibaba’s funds, technology, and supply chain, the house has accelerated the speed of opening stores, and at the same time, it has used the Lize Store Experience Mall and the Jinyuan Store Smart Store as pilot promotion, strengthened the transformation of traditional offline stores, and opened new Reform of the retail model, and actively explore large consumption areas.

On May 15, 2019, Red Star Macalline issued an announcement announcing that the company’s controlling shareholder, Red Star Holdings, had issued exchangeable bonds, which were fully subscribed by Ali for 4.359.4 billion yuan. After the debt swap, Ali will get A shares of Red Star Macalline accounting for about 10% of the total share capital. At the same time, Ali is also acquiring a 3.7% stake in Red Star Macalline in Hong Kong stocks.

It is reported that while launching JD-Qumei House, JD.com also cooperates with home furnishing brands such as Yueshe, Jimei, and B&Q, which has aroused extensive discussion in the industry. Since then, JD’s layout in the field of home furnishings has become more frequent, such as the official launch of the building materials business, the country’s first offline C-level demonstration store in Henan, and the establishment of a smart home project incubator.

In addition to cooperating with third parties to open stores, launch new self-operated businesses, and support new brands, JD.com is also trying to expand from capital and third- and fourth-tier cities to expand more sinking users in the home furnishing industry.

In August of this year, JD.com announced that it had completed a strategic investment in the brand of life and home furnishings.. Worry-free Life is an offline affordable lifestyle home furnishing chain brand positioned in the third, fourth and fifth tier cities. Public information shows that its stores currently cover 170 counties and cities in 28 provinces in China, and nearly 75% of its stores are located in cities below the third and fourth tiers.

JD.com said that in the future, it will establish a supply chain joint venture with LifeWorry. In addition to providing JD.com exclusively with products that meet the sinking users, it will also explore the supply chain service business model.

This signal came, and it quickly reminded everyone of the previous cooperation between Ali and Ran. The combination of online and offline is also the combination of strong forces, giant alliances, and the deep integration of the Internet and the home industry. It has been the general trend.

After high-profile cooperation with Red Star Macalline, in November 2018, Tencent, together with Sanweijia, Youju Technology and other companies, jointly launched the "Home Smart Retail Alliance", which has left home furnishings in its huge smart retail landscape. This flag.

After Alibaba, Tencent, and JD.com, another emerging Internet giant, Pinduoduo, will soon enter the market. According to the public speech data of co-founder Dongzao, the home furnishing category has become one of Pinduoduo's product categories with the fastest sales increase this year. Among them, the increase in whole house customization was the highest. The sales volume from January to September this year was 45 times that of the same period last year; the sales volume of office furniture increased by 610% year-on-year; the sales volume of hardware tools increased by 490% year-on-year; and the year-on-year increase of bedding products was about 200%.

In Dongzao's view, consumers in first- and second-tier cities pay more attention to quality and service when shopping for home furnishings, and sales are concentrated on top brands; consumers in lower-tier cities pay more attention to cost-effectiveness. In addition, Dongzao also said that in the next three years, Pinduoduo plans to lead more than 500 industry belt merchants into the "Billion Yuan Club" and 10,000 into the "Ten Million Club" through the intelligent transformation of the industry belt and the guidance of consumption data.

Some people in the industry believe that the significance of Pinduoduo for home furnishing brands lies in the rapid sinking of the community group buying model to the whole country through social e-commerce, which eliminates the need for dealing with property and looking for "group buying leaders" Cost, to achieve rapid "fission-type customer acquisition", which is also valued by many home furnishing companies.

Who is the strongest enabler in the home furnishing industry?

The transformation from the consumer Internet to the industrial Internet is a major trend in the entire industry. Under the background that the catering and other industries have become highly Internet-based, the home improvement industry, as one of the few traditional industries that has not been completely transformed, is being targeted by giants such as Ali, Tencent, JD.com, and Pinduoduo, and has become a comprehensive ecological layout. A virgin land to be cultivated and a field of hope.

In the final analysis, the reason why the home improvement industry is stiff to touch the Internet has a lot to do with its many industry attributes, such as low frequency and high price, complex industrial chain, focus on experience and services, non-standardized products, and regional characteristics It is difficult to expand on a large scale, focus on personalization, etc. These "old diseases" are the reasons that hinder the deep integration of the traditional home furnishing industry and the Internet, which is known for its "fast, efficient, and convenient". The fundamental genetic differences between the two are too great.

But there are no permanent allies and enemies on the battlefield, only coordination and change based on fundamental interests. From the perspective of the historical development of the industry, the attitude of traditional home furnishing stores towards e-commerce platforms has gone from a strong resistance at the beginning to a gradual acceptance, and then a deep embrace; the Internet giants have been strong and disdainful of offline brands from the beginning to now actively looking for offline brands. Allies, the wheels of the times are rolling forward, and corporate models and interests are constantly changing.

Online and offline from the past hostility to the present cooperative symbiosis, Internet giants' perception of traditional home furnishing brands has also undergone a fundamental change. As Internet giants such as Ali, Tencent, JD.com, and Pinduoduo compete to enter the game, who will have a more profound impact on the home furnishing industry and become the industry's strongest enabler? Time will give us the answer.