"Air refueling" is originally a military term, referring to aircraft (refueling aircraft) such as large fighter jets, fighter planes and the like operating at high altitude, because the amount of fuel carried is limited, the operating time and There are certain restrictions on the itinerary. If the helicopter (fuel tanker) does not need to land, the tanker is in the air and docked with it in flight at the same time to achieve air refueling and extend the operating time and mileage of the tanker. In stock "Air refueling" is a very common situation. Once you enter the air refueling, the stock has entered a state of high control. At this time, the main bargaining chips are very concentrated, and the ability to control the stock price is superb. The success of "air refueling" is the main force. The intention of the air refueling is generally decent. Only when the policy is deliberately suppressed or the surrounding market is affected, the main force will not be removed at the same time, because before the air refueling, there is generally a process of pulling up. This process is also The main force is constantly accumulating chips. In the process of stacking, the cost of the chips is actually constantly increasing. If the main force is withdrawn, it will undoubtedly be an unprofitable business. Among the many indicators, it is also a variety of indicators that show "air refueling". Like, but most indicators are dynamic, flexible, intraday fluctuations will change the shape of some indicators. MACD is relatively slow, but reflects a large trend, has unique uses, especially shows the position of the band , Is even more eye-catching. So I caught some of the more representative MACD "air refueling" display format for reference.

Picture 1: After being pulled up, the main manifestation of entering a benign "air refueling", the green pillar is rarely enlarged, and the white line and the yellow line are glued to the white line slightly above. This can be concerned.

Figure 3: The failed "air refueling" will cause you heavy losses. The yellow line and the white line are too close to the 0 axis, and it is difficult to enter a strong refueling. Once the dead fork is placed on the green pillar, don't forget that you should leave the field decisively.

Figure 4: A relatively safe "air refueling" pattern, with small fluctuations up and down, the red and green columns are difficult to release, and the yellow line and the red zone on the left are basically as high as the high point. This form usually has a play behind it.

Figure 5: Enter the accelerated "air refueling" aggressive and bold can buy, make quick profits, and only stay a few days. But the risk is also great. Once it drops, the speed is extraordinary. 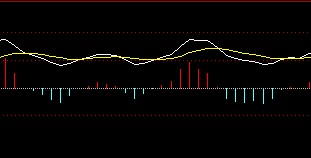 Figure 6: Repeated air refueling. This stock is difficult to operate and the main force is hesitant. There is a certain upside in the future, but the profit margin is limited. It is recommended not to operate. Generally, the trend of this kind of trend is that the K-line is doing complicated The head, when the head is ready, the main bargaining chips are basically sold. 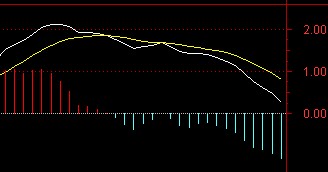 Figure 7: Overly strong "air refueling" is a hidden murderous intention, the white line and the red pillar are too far apart, and the golden cross in the middle has not formed and quickly leave the field.

Figure 8: The "air refueling" that took a long time to move in the early stage and the accumulation time is too long. The change in the amount of merit is relatively mild. As long as the green pillar is not amplified, the stock price is around 10 antennas and 5 antennas, the real air refueling has just begun.

Figure 9: Come on and add the shoulders. The white line on the left clearly has sharp corners, and once a symmetrical sharp corner appears on the right, the stock price will easily turn gold into mud in a flash.

At present, a lot of stocks have entered "air refueling". Whether the refueling can be successful or not is due to some factors outside the market. Not all "air refueling" can be successful. Long and short differences break the pattern. The "air refueling" of the mid-to-high disk is a more valuable investment. This requires your observation of the MACD, which position belongs to the high position of the stock. The data is different because of the difference in the circulation and price of the stock, and the high and low data of different stocks are different. This is necessaryLook at the distance between the yellow line and the red column. Sometimes, the feeling of the disk is more important than the technique, it depends on how you feel.