Obviously, the current number of individual and institutional investor accounts with a stock market value of more than 100 million yuan has exceeded the level of 5,178 points. Although there are only a few hundred more households, it is important to know that A shares fell from 5178 points to 3000 points, a drop of more than 40%. Under this circumstance, the number of billion-dollar accounts is still increasing, and it has exceeded the number of peaks in the bull market.

This may reveal one thing: institutions and big players have begun to enter the market one after another.

Senior investors gave a more detailed analysis. He did not agree with the view of adding new accounts due to optimism about the secondary market. Regarding the increase of billion-level accounts, he gave the following four conclusions:

First, the establishment of a large number of private equity products;

Second, in order to participate as much as possible in offline new creation and to merge or split accounts, for example, the previous 2 billion market capitalization account, in order to Create new accounts offline, split into several accounts, or merge tens of millions of accounts to meet the offline threshold;

Fourth , Last year, the fixed-increasing market was relatively hot, and most of the accounts participating in the private-increasing were hundreds of millions.

However, some market participants have analyzed that the number of billion-dollar accounts has increased compared with the period of the bull market, and even exceeded the peak number of the bull market. Part of the reason is the lifting of the ban. According to statistics, in December 2016, the scale of the Shanghai and Shenzhen stock markets was 30.4 billion shares, and the market value was close to 400 billion yuan.

The number of trust accounts opened in a single month exceeded 1,000

After experiencing the "leveraged bull market" and "leveraged bear market", the trust industry has been recognized by the market .

There is another data in the December 2016 monthly report released by China Clearing that is worth paying attention to:

The number of new trust accounts opened in a single month exceeded 1,000, reaching 1,069. The bull market period is approaching. 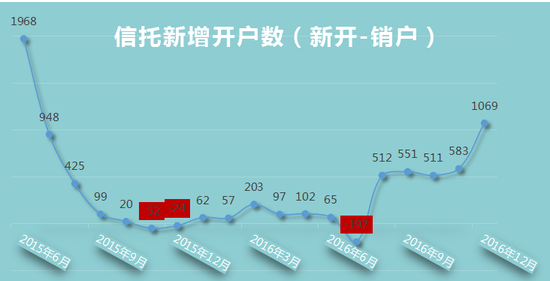 The number of investors holding positions fell below 50 million 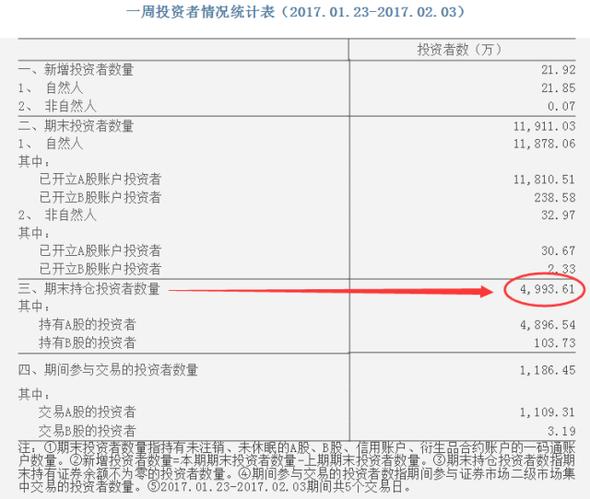 From the above data, it can be seen that the number of investors fleeing from A shares has gradually increased. It can also be explained as the current More and more people are "fear" in A shares.

Why should we emphasize the data below 50 million? The reason is that the number of investors holding positions exceeded 50 million for the first time in the week of June 19, 2015. The previous week (June 12, 2015), the Shanghai Stock Exchange Index just hit the highest point of the last bull market-5178 points. 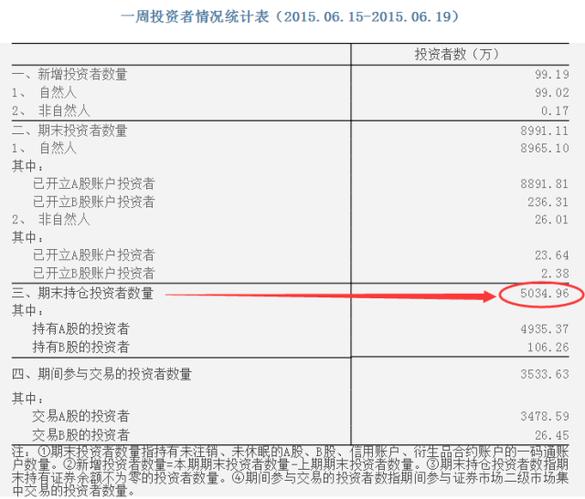 What does it mean that the number of stock investors fell below 50 million? At least it shows that many investors have begun to "fear" the current A-share market, and gradually began to withdraw. As for the time of "greed" or large-scale entry, further confirmation is needed.

Seventy percent of the accounts are still small. 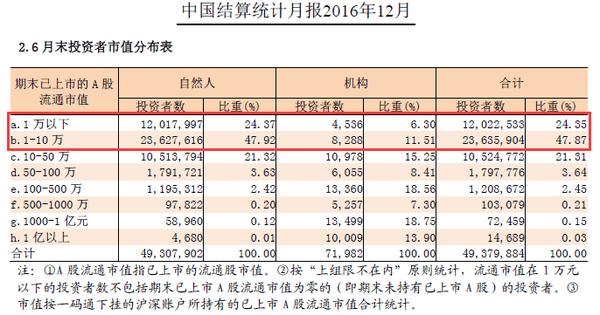 From the perspective of investor structure, the proportion of investors holding a stock market value of less than 100,000 yuan is 72.22%. From this point of view, it is not an exaggeration to say that retail investors hold up half the sky in A shares.

1 List of stock trading schedules for 2021!
2 One article to understand the fuse mechanism of U.S. stocks
3 U.S. stock market trading rules
4 Stock clearing and delivery: 7 questions on stock clearing and delivery
5 [Guojun Social Service] The next leader in market value of 100 billion yuan: depth comparison between Haidilao and Xiabuxiabu _ City
6 Burst! Just now, law enforcement officers entered the Ruixing Beijing headquarters building, and the U.S. stock market could not escape punishment!
7 "The Memoirs of a Stock Master" Chapter 2: The first battle in New York was defeated, looking for capital in the gambling industry (3) _ Taylor
8 Are the clothing companies that switch to masks making money? Coolte Intelligent Turns Loss in the Third Quarter, C2M's Share Price Increases 66% in One Week
9 what happened? A-shares suddenly plunged, liquor brokers hit the market! Hundreds of billions of giants plummeted! Ren Zhengfei's latest voice _ Huawei
10 Is stock trading a trick to eat fresh all over the world? Or do you have to master multiple weapons to win?