​130,000 shareholders are stunned! The worst is going to be delisted, and the three A-share annual reports are difficult to deliver! Netizen: Tonight is sleepless again...

If the annual report is not published at the specified time, the consequences will be serious!

April 30 is the final date for the statutory disclosure of the annual report, and there are still 3 stocks that have passed the deadline and have not yet released the 2020 annual report. These 3 stocks are Easy View, *ST Beixun, *ST Sita, the latest number of shareholders are 54,000, 34,700, and 42,800; the total number of shareholders of the three stocks is 131,500.

Among them, *ST Beixun has triggered the delisting rules, just waiting for the exchange to pronounce its judgment; *ST is not only unable to release the annual report on schedule to trigger the delisting, but also has received major violations of mandatory delisting before. The city’s prior notice; Yijian shares were suspended from trading without being able to disclose on time!

*ST Beixun: The accounting firm quit, and the annual report could not be released on schedule to trigger the delisting. The stock price has plummeted 96%

*ST Beixun was originally a problem company. Since the company's financial and accounting reports for two consecutive fiscal years in 2018 and 2019 were issued with audit reports that could not express opinions, the company was suspended from listing in June 2020. The closing price before the suspension of listing was RMB 1.22, a 95.72% drop from the high of RMB 28.5 in February 2018 (pre-resumption); the latest market value was only RMB 1.326 billion.

The company in question was suspended from listing. I did not expect that the 2020 annual report has not yet been disclosed. According to the original listing rules, in the first year after the suspension of listing (that is, 2020), the first annual report after the suspension of listing was not disclosed within the statutory period; the delisting regulations were triggered, and the transaction ownership decided to delist. 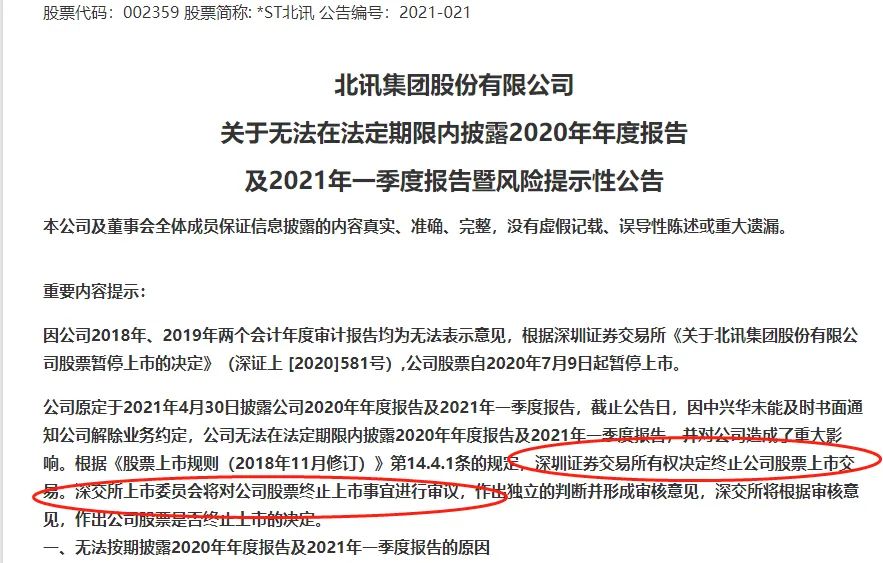 Regarding the reason that the annual report cannot be released on schedule, *ST Beixun stated that the company received ZTE on April 26, 2021. Hua Certified Public Accountants’ letter of dismissal of the business agreement, the "2020 Annual Report Audit Business Agreement" signed by Zhongxinghua and the company on February 1, 2021, shall be terminated on the day the company receives the above-mentioned notification letter.

As Zhongxinghua failed to notify the company in writing to terminate the business agreement in a timely manner, the company was unable to disclose regular reports in accordance with the regulations. Due to the inconvenience caused to investors by failing to disclose the annual report according to the scheduled time, the board of directors of the company apologizes to investors.

*ST Sitai is "dead pigs are not afraid of boiling water." "Before the annual report of dystocia, the company had already received a notice of a major illegal compulsory delisting.

The announcement on April 20 stated that on March 31, 2021, *ST Sitai received the "Administrative Penalty Decision" issued by the China Securities Regulatory Commission, and determined that the annual report from 2014 to 2016 There are false records in financial data. 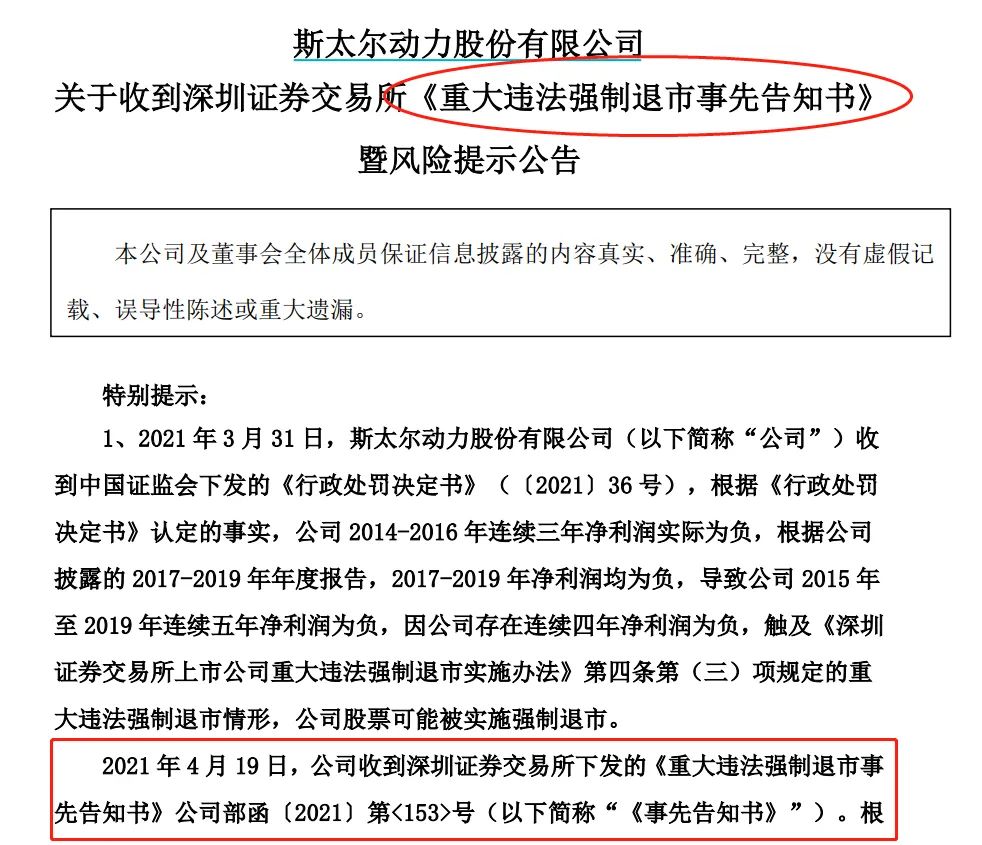 After being informed of major violations of mandatory delisting, *ST Stanley was unable to release the 2020 annual report and the 2021 quarterly report on schedule, which intensified the delisting and triggered the delisting again.

The company's audited net profit for the three fiscal years of 2017, 2018, and 2019 was continuously negative. The company's stock will be suspended from listing on July 6, 2020. If the company cannot disclose the 2020 annual report within the statutory period, the delisting regulations are triggered, and the Shenzhen Stock Exchange has decided to terminate the company's stock listing. 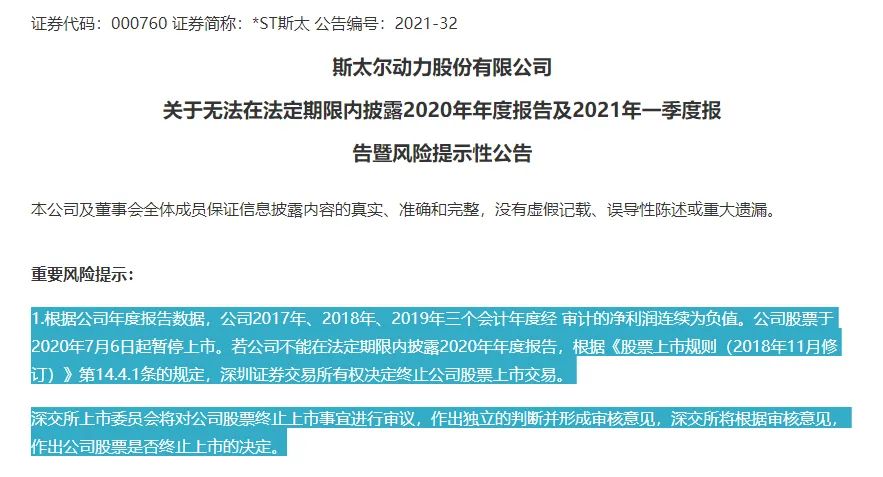 Easy to see shares: The letter of the letter is low and cannot be released on time, the supervision is urgent!

In 2020, the actual controller was just changed to the Yijian Shares of the Yunnan Provincial SASAC, and "something went wrong", and some executives frequently resigned. However, the proportion of the company's multiple accounting subjects' letters and certificates was low, and some of the replies did not reach 20% of the total amount of the letters and certificates, which led to the audit progress of the annual report that did not meet expectations. The annual report was not released before the end of April, and it was difficult to give birth.

On April 28, Easy Seeing issued an early warning announcement that could not be disclosed on time, and then Easy Seeing's share price reached its limit for 3 consecutive declines. 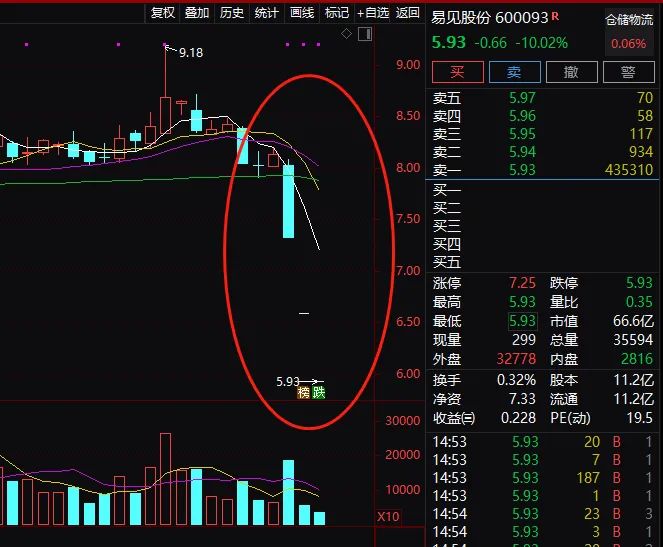 Then, on the last day, the 2020 annual report and the 2021 quarterly report will not be published. Then it began to suspend trading on May 6. 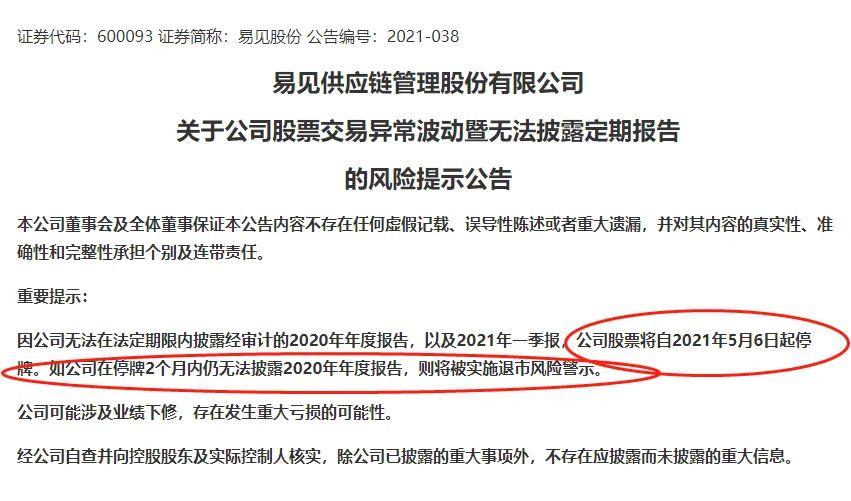 If the company fails to disclose the 2020 annual report within 2 months after the delisting risk warning is implemented, the company's stock may be terminated from listing. 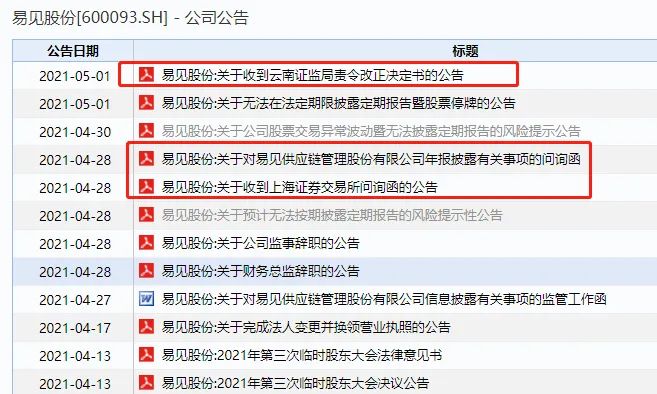 Netizens: Sleeping and eating are troublesome, life is like a year, and tonight is a sleepless night

Facing the stock market It's a big bad news. Some netizens said in the stock bar that they can’t sleep well, live like a year; tonight is a sleepless night; they can only wait with helplessness and sorrow. 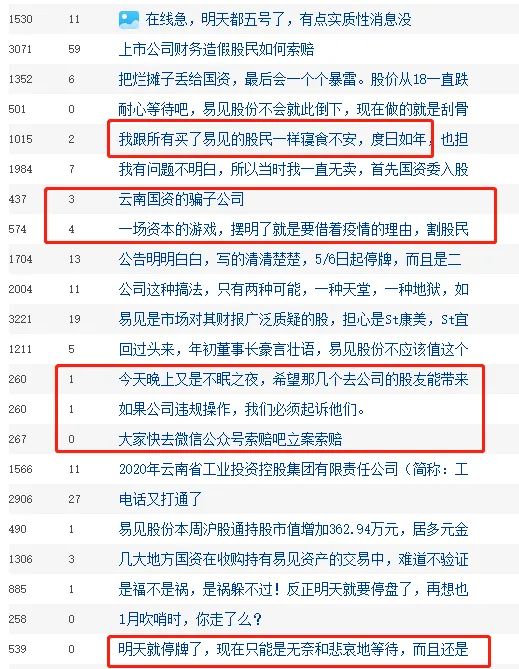 Original title: "​13 Million Shareholders Are Stupefied! The worst is going to be delisted, and the three A-share annual reports are difficult to deliver! Netizen: Tonight is sleepless again..."