Taobao has changed to Buddhism? Indulge 20 million people every day to just go shopping and not buy, but the real purpose is...

Original title: Has Taobao changed to Buddhism? Indulge 20 million people every day to shop and not buy, but the real purpose is...

After 00, Chen Xingyi focuses on dismantling various waste electronic products. Parts, he received mobile phones, watches, cameras, radios, etc. sent by customers, and re-typed and mounted them to form special commemorative works. He called this work "electronic product enchanter." In the two years of his business, his small shop "seeking pleasure and creation" was submerged in Taobao's tens of millions of shops. Because of being too small and unpopular, the lonely Chen Xing took care of all the design, camera, operation, customer service, delivery, etc. Link. 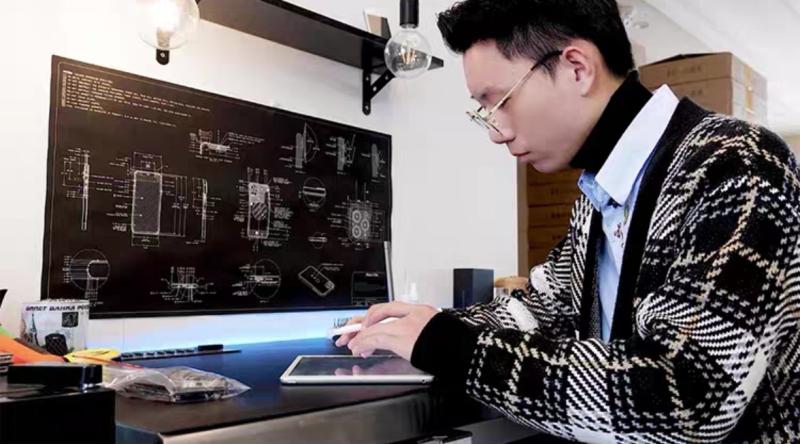 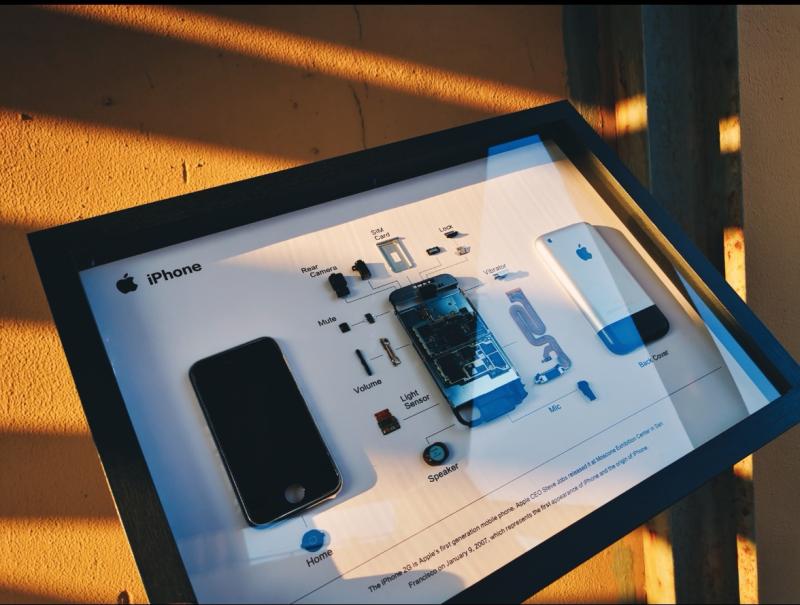 But recently, he was Taobao Stared at it. Also of concern are the "Longji Guofeng Original Hanfu" dedicated to making Hanfu lighter and thinner, and the "Free Bones" dedicated to making specimens of dead non-rare animal bones. Taobao has specially designed a "creation festival" for these young, vertical and characteristic stores, but the selection criteria have nothing to do with the volume of transactions and the number of fans. The first principle is "not a popular item that everyone knows." 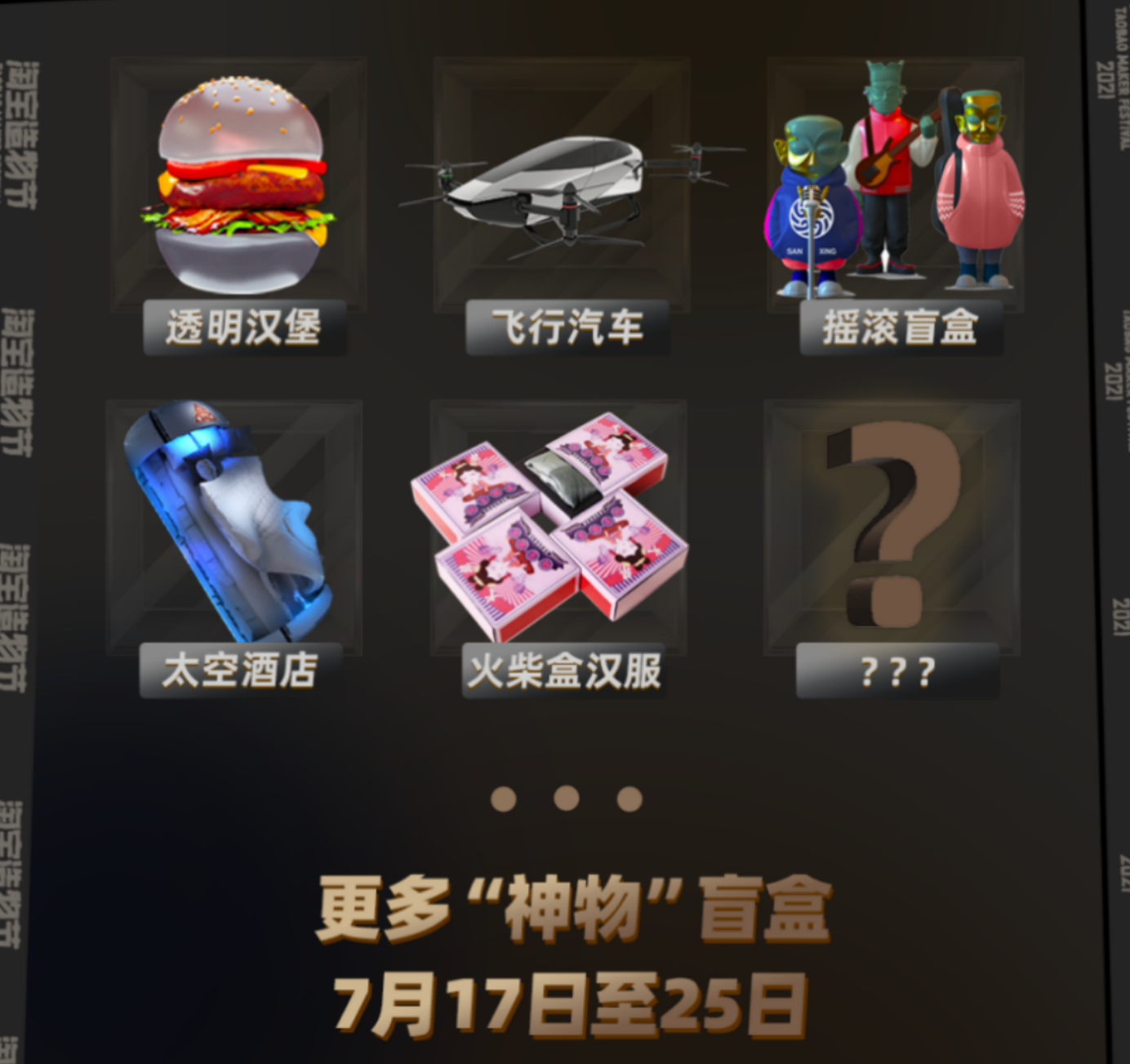 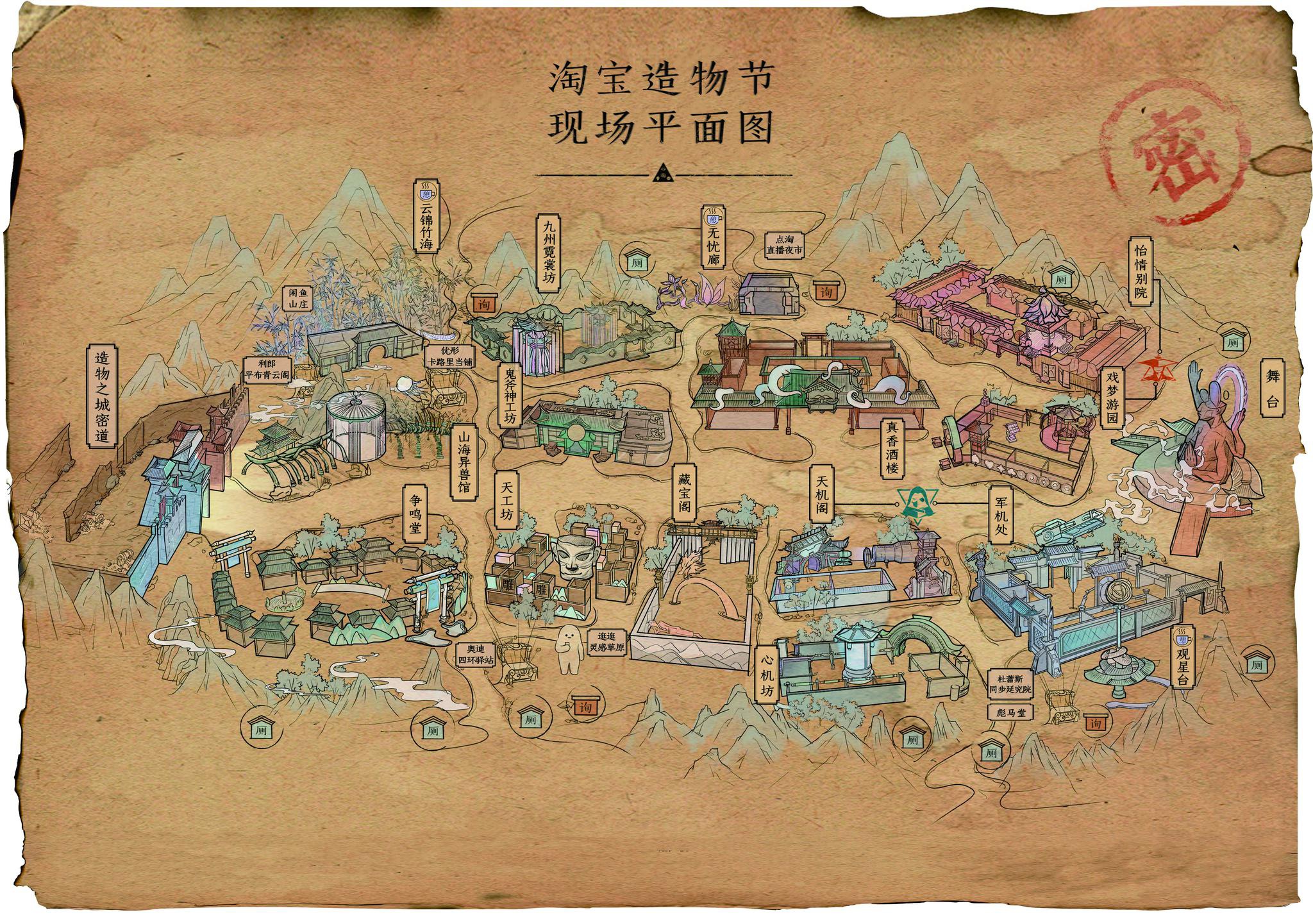 This year’s Taobao Creation Festival starts with " The theme of "Lost Treasure" was held at the Shanghai National Convention and Exhibition Center from July 17th to 25th.

Another sign of the sudden change in Taobao's painting style is that in the face of about 20 million people who only shop and do not buy on Taobao every day, Taobao simply took advantage of the trend.

Recently, the app opening slogan was changed to " It's great to stroll around".

The "sudden Buddhism" of this traditional e-commerce company lies in a key indicator behind it-although Taobao is 18 years old this year, because of the continuous entry of post-95s and post-00s, users The median age has always been maintained at 26 years old. It is worth noting that the "Generation Z" (persons born between 1995 and 2009), which are now becoming the main consumer, are the most "elder", who is exactly 26 years old this year.

The managers of featured shops on Taobao can best feel the changes in users' consumption habits. Wang Li, the person in charge of the "Nongji Guofeng Original Hanfu" shop, was born in 1995. She designed a Hanfu that was light enough to fit in a matchbox. The lightest weight was only 29 grams, aiming to pay tribute to the "sugar garment" of Mawangdui in the Western Han Dynasty. , The current production capacity of pure handwork has not kept up with the number of user reservations; 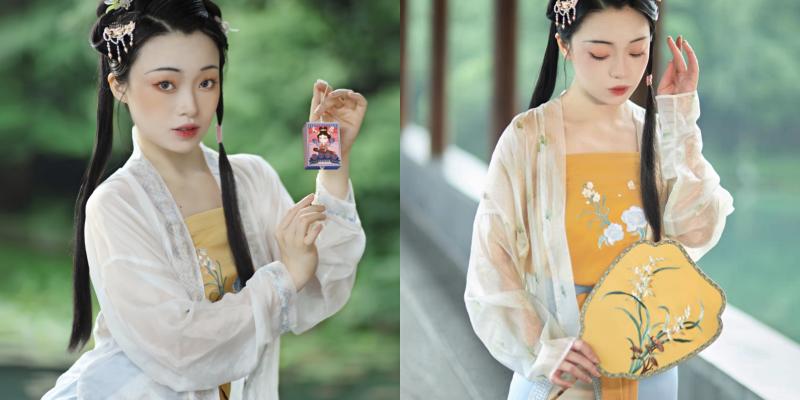 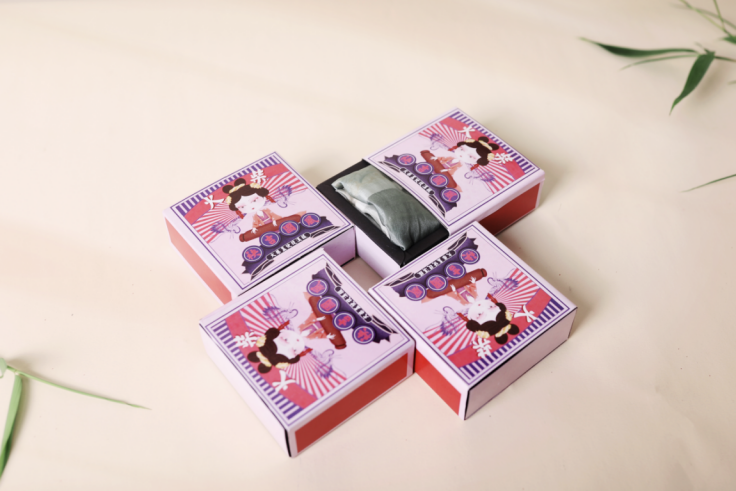 The exhibits released by matchbox Hanfu merchant "Longji" at the Creation Festival.

Zhao Yunchuan from Lincang, Yunnan, made bone specimens from dead animals. The average price of these works that touched the aesthetics of life and death has exceeded the same weight of gold. After some buyers paid a deposit of thousands of yuan, they would rather wait for more than a year to complete the work; 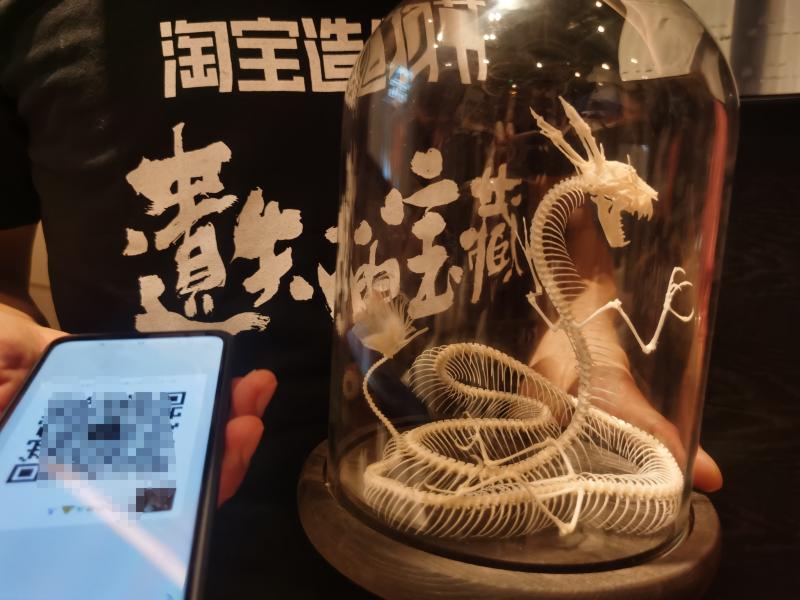 Chen Xingyi, a 21-year-old "electronic product enchanter", uses his works to help customers place "sorrows". A Tibetan girl sent a mobile phone that her father had used before her death. Chen Xingyi added a paragraph of what the girl wanted to say to her father and painted Gesang flowers in the design. The girl was very moved. Chen Xingyi also received an order from an American customer. He disassembled and reassembled the iPhone 4 and two game consoles sent by the other party into a "mural", allowing the customer's beloved to be reborn in another way. 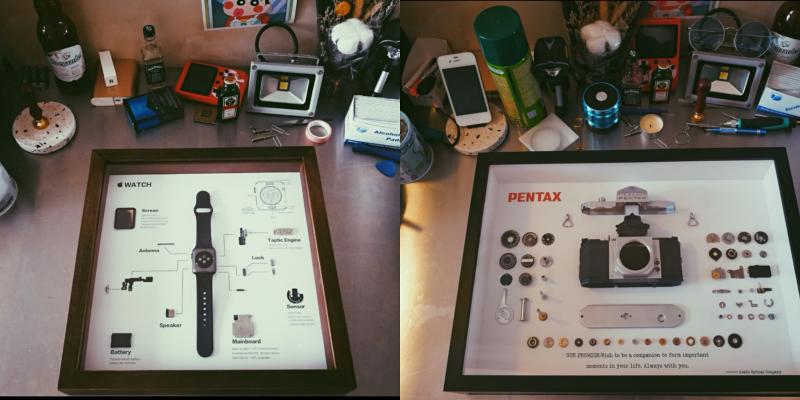 It can be seen that these characteristic products are not a stack of curious elements, but the trendy, unique and individual character of Generation Z. Endorsement. They don't care about the price/performance ratio and are more willing to pay for their love. However, the reporter found that these niche shops are still quite deserted. At present, the fans of "Longji Guofeng Original Hanfu" only have more than 2,000, and there are only 12 items in the shop. The highest-selling one has only dozens of transactions, and those are often 100,000+. The mass-produced products are incomparable.

Then,Is it worth the platform to spend resources and energy to promote these niche products? The organizer of the "Creation Festival" told reporters that being small now does not mean that it will be small in the future. A few years ago, the large-size Hanfu designed specifically for the fat population seemed to be very sidelined, but now it has been incubated into a market with a scale of tens of billions of dollars. Similar cases include hand-made blind boxes, JK (uniforms for women's college students), Lolita (lace dresses based on Gothic and ancient costumes) and so on. 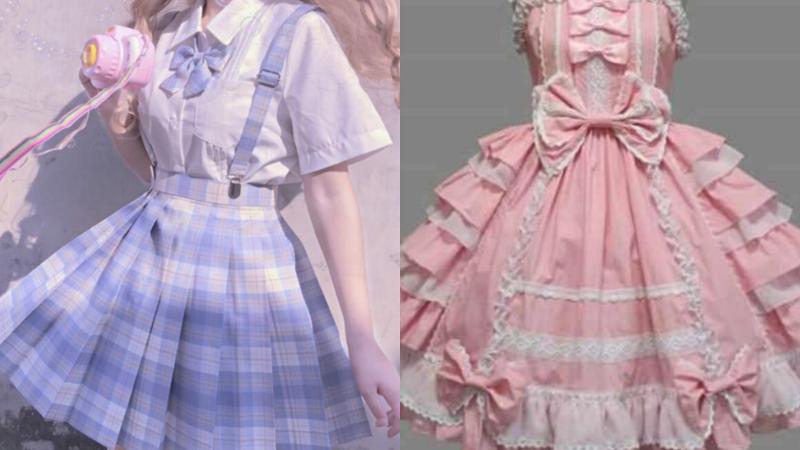 JK and Lolita style, from niche to popular.

The ideas, products, and topics that Gen Z is interested in today may well become tomorrow's business. Based on this, interest e-commerce companies such as Douyin and Kuaishou have risen rapidly in the past two years. In contrast, Taobao, a traditional e-commerce company that has grown up this year, is also seeking to break the circle. Statistics show that in the past three years, the number of post-00 sellers who have entered Taobao to start a business has increased by 2.5 times. It can be seen that

Taobao, which advocates "walking around", is not in a hurry to sell, but is trying to capture the attention of Generation Z through creative expression and individuality, and over time, let small interests eventually turn into big ones. Business.