Release Time:2021-07-21 Topic:A share trading uniform Reading：5 Navigation：Stock Liao information > Society > Huaxi Securities illegally sells client stocks, holders beaten up for petitioning (Photos) phone-reading
According to a report from China Economic Net, a few days ago, Zhong Dawu, a citizen of Wanzhou District, Chongqing, reported that the business department of West China Securities Co., Ltd. Chongqing Wanzhou violated the regulations many years ago by illegally taking stocks with a market value of nearly 2 million yuan in the seven personal capital accounts opened by the customer Rongchang Company. In addition to transfers, liquidation and sale, and cancellation of 7 fund accounts, stock holders have repeatedly petitioned and negotiated in recent years to no avail, and they have also been brutally beaten. 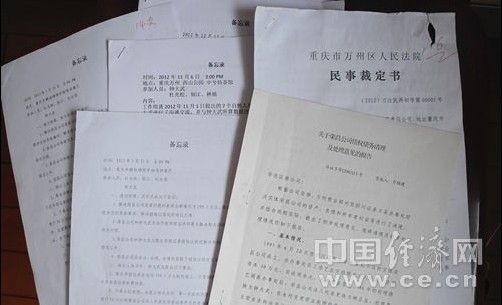 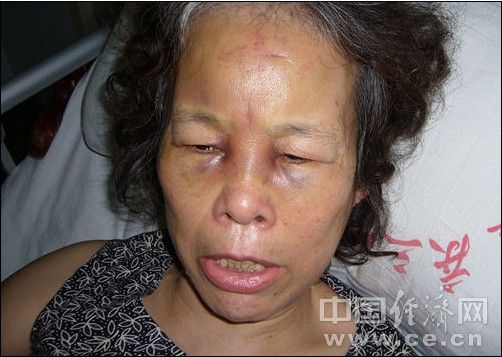 West China Securities’ self-operated stock trading huge loss of millions in debt disputes Not so far Chongqing Wanzhou District Rongchang Trading Co., Ltd. ("Rongchang Company" for short) was established in 1994. In 1999, Zhong Dawu, who was the legal representative of the company at the time, opened multiple stock accounts in Huaxi Securities Co., Ltd. Chongqing Wanzhou Pigeongou Securities Sales Department (referred to as "Huaxi Securities Wanzhou Sales Department") for stock trading. Zhong Dawu said that it was this year that the Wanzhou business department of West China Securities suffered a huge loss due to its proprietary stock business. In response to the financial inspection of the headquarters of West China Securities, the business department temporarily transferred a proprietary stock account numbered 15179 to Under the name of Rongchang Company, the huge loss of the account was also linked to Rongchang Company's account.

Zhong Dawu told reporters that afterwards, he had repeatedly asked West China Securities to withdraw account No. 15179 from Rongchang Company in order to solve the problem of the 1 million yuan debt principal, interest and huge losses caused by the account to Rongchang Company. However, Huaxi Securities Company refused to respond to and deal with it. What even puzzled Zhong Dawu was that Chen Mo, the then general manager of the Wanzhou Sales Department of West China Securities, had not resolved the debt problem, but actually forcibly frozen all the stock accounts used by Rongchang Company (including account No. 15179). .

In 2002, Wan Fujian took over Chen Mo as the general manager of the Wanzhou sales department of West China Securities, and began to investigate this long-standing account No. 15179. Zhong Dawu showed the reporter the "Report on Rongchang Corporate Bond Debt Clearance and Handling Opinions" (Huazheng Wanying No. 200213) submitted by the Wanzhou Sales Department to the headquarters. The document clearly pointed out: "Account No. 15179 is confirmed by various inquiries. The self-operated account of Huaxi Securities Wanzhou Sales Department should be included in the self-operating business loss calculation."

However, this document No. 13 submitted by Huaxi Securities' internal investigation has not been recognized by the senior management of Huaxi Securities. And adopt. "Obviously, Huaxi Securities Company wants to count the huge losses and the high interest generated from it on Rongchang Company." Zhong Dawu said.

In September 2007, the Chinese stock market ushered in a bull market. The Shanghai Composite Index rose to more than 6000 points. On this day, when Zhong Dawu tried to trade stocks again, he was dumbfounded: all the seven stock accounts used by Rongchang Company could not be accessed. When he rushed to the Wanzhou sales department of Huaxi Securities to inquire, he was told that all of these seven stock accounts had been forcibly liquidated as early as July 2003 to offset the previous debts.

The reporter saw from Zhong Dawu’s 7 capital account historical transaction flow sheet that, without notifying the stock owner, Huaxi Securities Co., Ltd. will take all the stocks in the 7 capital accounts of Rongchang Company It was transferred to a private account named Zou Shuying, and then liquidated from this private account, and the account was cancelled. The transaction involved millions of yuan.

Was beaten and detained during petitioning, Huaxi Securities was suspected of causing a personal attack

September 6, 2012, for Zhong Dawu’s wife Cao Delan, it was a Nightmarish days. That afternoon, Cao Delan accompanied Zheng Qingyuan and his mother in the reception room of Chongqing Securities Regulatory Bureau, waiting for the bureau's opinions on the handling of stock operations in the Wanzhou business department of West China Securities. They were beaten and detained by a group of strangers.

According to Cao Delan, she was locked up in a room that night and was beaten and verbally abused. "The next day, Li Shuchuan and others lifted me out of the room and drove me back to Wanzhou in a car. On the way home, I was found to be dying, so I was rushed to the Three Gorges Hospital for rescue." Cao Delan showed the reporter. The photo after the beating and the medical certificate issued by the hospital.

Why did people from West China Securities Company suddenly appear in the petition reception room of Chongqing Securities Regulatory Bureau? Who did this murderous attack on Cao Delan? The reporter interviewed Sun Hongfei, deputy director of the Office of Chongqing Securities Regulatory Bureau, on this matter. The other party stated that the bureau had been coordinating the debt dispute between Huaxi Securities Company and Rongchang Company, but denied the assault of Cao Delan and said that Cao Delan was killed by several persons. The people in uniform took them from the petition room. I hope reporters can find out about the specific situation with West China Securities Co., Ltd. by themselves.

Wang Yaning, director of the President's Office of West China Securities Company, deliberately avoided Cao Delan's beating when interviewed by reporters. On the evening of May 15th, the President’s Office of West China Securities Company sent a letter to reporters via email stating that Cao’s beating was a lie fabricated by Zhong Dawu, which was seriously inconsistent with the facts. The letter stated that the actual situation on that day was that “to ensure the normal work of the state organs, the public security organs encountered a violent attack on the police when they discouraged Zhong Dawu and his accomplices from entangled visits, and the officers were injured. Administrative detention."

In response to this statement, Zhong Dawu said that it was difficult to accept: "After his wife was beaten and hospitalized, Huaxi Securities not only took the initiative to bear the cost of her hospitalization, but also hired a nursing worker to the hospital. Taking care of Cao Delan, at the same time, Tang Yiyuan, the vice president of West China Securities Co., Ltd. came to comfort him many times and took the initiative to discuss the remaining issues of stock infringement.

In fact, since Cao Delan was beaten, West China Securities Co., Ltd. began to frequently Take the initiative to negotiate with Zhong Dawu. The reporter learned during the investigation that the two sides had conducted more than 30 negotiations and signed a number of negotiation memorandums. According to the "Memorandum" signed by both parties on January 31 this year, the two parties will The amount of money for solving the problems left by Rongchang Company was determined to be 1.995 million yuan.

The matter did not end there. Zhong Dawu said that 1.995 million yuan should have been specifically used to "solve problems left over from history", but Huaxi Securities However, the company stated in the "Payment Agreement" that the money was used for liquidation and cancellation of Rongchang Company, and it also bundled many conditions unrelated to the settlement of historical legacy. Zhong Dawu once again rejected the Huaxi Securities agreement for this. West China Securities Company deliberately changed the nature of the use of the 1.995 million yuan, artificially creating payment barriers, which may also contain corruption. "Zhong Dawu said.

Insiders revealed to reporters that the internal equity structure of West China Securities has been in a relatively chaotic and decentralized state for many years, and the property rights issues are also more complicated. There are many historical issues left over by conflicts of interest. Resolved. Now, the emergence of this million debt disputes, the resulting illegal sale of customer stocks, Cao Delan’s beating and other incidents, it is inevitable for people to call this company "standardized management and good asset quality". Securities companies have more questions and tortures.

West China Securities Co., Ltd. stated in a letter sent to reporters on the evening of the 15th: "At present, the company is still negotiating with Zhong Dawu on the payment method. Although it is difficult to advance the work, we firmly believe that with the support of local governments and regulatory authorities, the company has the confidence and sincerity to solve related historical problems, which will eliminate interference for the company's development and also eliminate hidden dangers in the maintenance of local stability. "So, when will this debt dispute that has lasted for five years ended? Who was kidnapped, beaten and detained by Cao Delan during the petition process?