Breaking down the strange hobbies of the officials who lost their horses: some are addicted to the stock market and love the anchor

Release Time:2021-07-21 Topic:A share trading uniform Reading：8 Navigation：Stock Liao information > Comprehensive > Breaking down the strange hobbies of the officials who lost their horses: some are addicted to the stock market and love the anchor phone-reading

Recently, the media exposed an official who owed more than 2 million debts due to indulging in lottery tickets, engraved his official seal and forged documents to defraud people's funds, embezzled funds to fill the gap and was sent to prison.

According to the investigation, the defendant Ma Moujun is the deputy director of the urban branch of the Huangmei County Land and Resources Bureau of Hubei Province. He spent more than 8 million in buying lottery tickets and was in debt of more than 2 million in addition to winning the lottery. From 2000 to 2011, Mr. Ma forged official seal documents and fraudulently embezzled public funds to fill up the shortfall. The amount was huge. Recently, Ma Moujun was sentenced to 14 years in prison for fraud and misappropriation of funds.

Coincidentally, today, the WeChat official account of the State Supervision Commission of the Central Commission for Discipline Inspection revealed that Lin Kang, the former deputy mayor of Lishui City, Zhejiang Province, was addicted to stock trading and accepted corporate money for stock trading. In the end tens of millions were locked up. On the 22nd of last month, Lin Kang was sentenced to 14 years in prison for taking bribes. 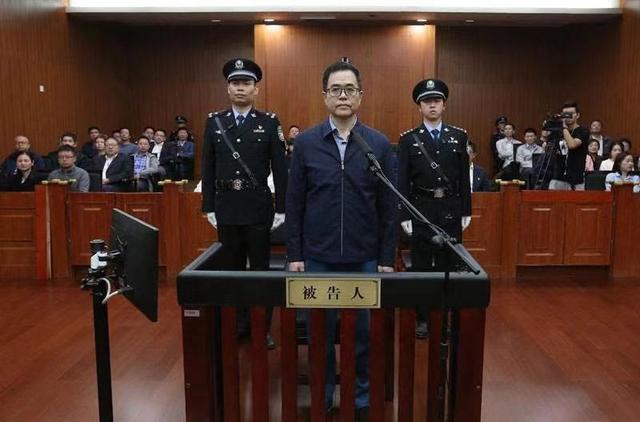 The current situation is concerned that in recent years, many officials who violate discipline and law have been exposed by the National Supervisory Commission of the Central Commission for Discipline Inspection, and there are many direct accusations in the punishment notice: Party members who violate discipline and law Cadres have problems such as "pursuing low-level taste" and "playing with things to lose their will."

There are officials who are obsessed with orchids and jade, and are called "Orchid Directors" and "Jade Directors". There are also officials who like to kill pigs, look through their passbooks to be happy, and embezzle public funds to reward female anchors and other "wonderful" hobbies.

Someone is called "Chief Orchid": no cash but flowers only

The Chinese have always regarded orchids as a symbol of elegance and elegance. "Plum, bamboo, and chrysanthemum" are juxtaposed and collectively referred to as the "four gentlemen". However, some officials are overly obsessed with it, giving people an opportunity to "hunt around".

In the "double announcement" of the former member of the Standing Committee of the Guizhou Provincial Party Committee and the former deputy governor of the provincial government Wang Xiaoguang and the former member of the party committee and deputy director of the Guizhou Provincial Non-ferrous Metals and Nuclear Industry Geological Exploration Bureau, Gong Xiaonong, both were Refers to "obsessed with orchids, playing with things and losing one's ambitions".

Zhou Huaqing, the former director of the Bureau of Culture, Radio, Television, Press and Publication of Linhai City, Zhejiang Province, is known for his love of flowers and is known as the "Director of Orchid".

According to reports, Zhou Huaqing loves to grow orchids and built an orchid house in his home. As a rare flower species, the rarer the more precious, the orchid is worth tens of thousands or even hundreds of thousands of dollars. . Some people who wanted to ask him to help with errands focused on his hobby, and gave him expensive orchids in the name of "Friends of the Orchid". Zhou Huaqing also said that he did not accept cash, but he sent flowers. Don't refuse. He once wrote in his confession: "It is because he raises orchids and loves orchids by himself, so that people with ulterior motives can take advantage of them. Eventually, they are captured by orchids and become corrupt officials rejected by everyone.

Some people love orchids, and others love jade.

Former director of the Public Security Bureau of Ruoqiang County and Yanqi County Dong Long, who is known as the "Jade Director", is almost obsessed with jade. He often says to people around him: "The gentleman has no reason, and jade does not leave him." "

According to public reports, with his promotion, Dong Long was trapped in a "hunting ring" made of jade by criminals. The boss of Bath City disguised himself as a jade merchant and Dong Long's suit, and only used a piece of Hetian. Dong Long arranged for his subordinates to take care of the jade seed material, regardless of whether the bathing city was involved in the "yellow"; the boss of the underground casino held the "Jade Bowl" in front of Dong Long and asked Dong Long to help him with his "livelihood". "Jade bargaining chips" appeared in the chess and card room in Qiang County. Dong Long determined that "no money in the chess and card room is not considered gambling"; the owner of the jade store did his favor and started the "Jade Wolf Tieshi" business with Dong Long. The "famous name" of "Director of Jade" has spread like wildfire.

The former vice governor of Anhui Province, Ni Fake, who also "loves jade into obsession," public reports show that, according to investigations by relevant departments, Ni Fake talked about it. Jade has a sense of spirit, and the eyes shine. Normally, when watching TV and reading, the jade does not leave your hands, and a jade pendant is worn on the neck. Every weekend, spread out your favorite jade and jade, and enjoy them one by one; Every two weeks, giveThe fine jade wares are waxed and oiled one by one; when traveling on business, no matter how busy you are, you have to squeeze time to take a look at the local jade market, carry a small flashlight and magnifying glass with you to check your jade appreciation level.

Some officials have special hobbies. For example, Ye Shu, the former public security director of Shaoguan City, Guangdong has a special hobby of killing pigs. In order to do what he likes, some grassroots leaders prepare fat pigs for them to "try their skills" when they come down for inspection. A grassroots policeman recalled a slaughter of pigs and said, “After the pig was tied up behind the building, he stabbed a few times and missed the point. The pig struggled and kept getting angry. Others came up and made up for it, and the pig died.” Ye Shuyang did not taste the pork slaughtered by himself, and left after killing the pig.

In addition, Ma Xiangdong, former executive deputy mayor of Shenyang City, Liaoning Province, loves gambling and can recite "Selected Gambling Skills"; Huang Peng, former deputy director of the Planning, Land and Construction Bureau of Guangdong Guangzhou Development Zone, will "hid money." Regarded as a personal hobby; Li Yongyuan, the former head of the Yangcheng Lake substation of the Wuxian Municipal Fishery Administration Station in Suzhou, prefers to look through his passbook from time to time. There are public reports that Li Yongyuan usually lives very frugal, with a bowl of rice and pickles in the morning, wearing uniforms throughout the year, and never squandering. The unit is on duty to play a few rounds of cards. If you lose a few dollars, your face will be cloudy for a whole day. The greatest joy is to look through the passbook and look at the increasing numbers of Arabic numbers.

"China Discipline Inspection and Supervision News" once published an article that everyone has the love of beauty. Whether it is fascinated by calligraphy, painting, poetry, or in love with photography, flowers and plants, insects and fish, it expresses the pursuit of beautiful things. For party members and cadres, they should cultivate some hobbies outside of work, such as using calligraphy and calligraphy to improve their cultivation, using literature to deepen their understanding, using photography to record beauty, and using flowers and plants to cultivate sentiment, etc., as long as they are pure and do not contain any impurities. Not a problem.

However, the "elegant" of individual leading cadres is not pure, it may be arty, and even uses paintings, calligraphy, antiques and other carriers as a cover for power and money transactions. Although some people really like it, they are so obsessed with it that they provide people with the opportunity to "hunt around". There are also people who don’t do their jobs properly, play with things and lose their ambitions, regard "Yahao" as their business and their main business, and perfunctory treatment of their job responsibilities.

"Chinese Journal of Discipline Inspection and Supervision" also published an article that it is inevitable to be better in life, but the taste of hobbies must be high, the degree of hobbies must be controlled, and hobbies must be deeply hidden. Some unpredictable people start with hobbies, deliberately drawing in, corroding, and hunting leading cadres to grasp their handles and manipulate them for their own use. Even if the leading cadres wake up, they have been restrained and unable to break free. Leading cadres should be indifferent to personal hobbies. They should not make high-profile noises, attract bees and butterflies, let alone "show good" everywhere, and beware of bad intentions.

1 What's the matter of Tiantian Fund Intelligent Fixed Investment (Huiding Investment)? The difference with Alipay smart fixed investment
2 China Securities Online Securities News, China Securities Net SSE Blog
3 Milestones in the credit sector in February 2021
4 Tomb-sweeping day today, the nation mourns
5 what happened? Guangzhou Rural Commercial Bank withdrew suddenly before the IPO meeting
6 Can it be transferred to Nasdaq after one year of listing on the U.S. OTC market? What kind of "MLM history" is behind the trader Ouyang Chengguo
7 Yu Bin and China Securities Regulatory Commission Information Disclosure Case
8 The China Securities Regulatory Commission made another big move after the release of the "zero tolerance" opinions of the State Council and the State Council! Investigated 16 major cases
9 What are the salaries of civil servants in various regions?
10 The real income of certified public accountants