In a similar situation, a local company obtained a land consolidation business, and Fanghua helped them obtain the initial investment funds for the construction of the project. On September 10, 2015, businessman Huang gave Fanghua 500,000 yuan at the gate of the Affiliated Hospital of Guiyang Medical College.

Viewpoint reporters noticed that at the first instance of this case, the Liupanshui Court found him guilty of bribery and sentenced him to 7 years in prison. During the appeal, he and his defender filed that the sentence was too heavy. In this regard, the Guizhou Higher People's Court accepted it.

It turns out that during the investigation for suspected illegal absorption of public deposits, this person truthfully confessed his crimes of accepting bribes from others that the judicial organs have not yet known. If he surrenders himself, he can be lightened or mitigated in accordance with the law. Punishment. In the end, the Guizhou Higher People's Court revised his sentence according to law: he was sentenced to 6 years for accepting bribes.

Nearly 90 million yuan of borrowing holes have not been blocked

It must be pointed out that accepting bribes is only one of the crimes of squareness, and his more serious problem lies in the illegal absorption of public deposits .

In January 2011, Fanghua’s wife Yan Yan was in desperate need of funds for stocks and began to borrow money from others. The couple negotiated with the other two, and they borrowed from the private sector to provide Yan Yan for stocks.

In the next five years, Fang Hua and others used word of mouth on the grounds that Yan Yan needed funds to do municipal engineering in Liupanshui City and open a company to do business in Shanghai. Interest was used as a bait, and a total of 12,159,800 yuan was illegally absorbed from the public. The repayment was 29,486,230 yuan before the incident, and the balance has not been repaid so far.

Opinion reporters noticed that there were 81 non-deposit-taking cases recognized by the court, and 39 of which Fanghua directly participated. Among them, the highest amount involved is 21 million yuan, and the least is only 50,000 yuan. The shortest loan was only 3 months, but the principal of 2.775 million yuan paid 4.721 million yuan in interest. 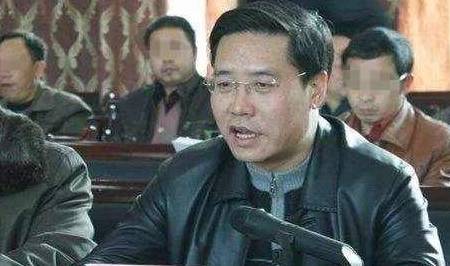 Regarding the behavior of borrowing money to trade in stocks, she said that in 2009, when she married Fang Hua, she was trading in stocks. When he was "lack of money", he proposed to Fanghua to borrow money from the private sector for stock trading, and Fanghua agreed. In the beginning, only Fang Hua and Yan Yan’s wife borrowed money, "put all the borrowed money into my account and let me manage it. Later, I couldn’t pay the interest on the previous loan, so I found two other people. Let’s borrow money from the private sector."

The other two people borrowed money from their personal relationships, and all the borrowed money was transferred to her account at her disposal, and the interest rate was more than three cents. Pay them.

"I use these funds to invest in stocks, but the people's understanding of stocks is different. If you tell them that they are stocks, they will definitely not borrow them, so they say that they are investing in infrastructure construction." Yan Yanti Then, her husband Fang Hua took the initiative to do work for the two of them, asking them to boldly raise funds, and said that he would check it out.

According to Yan Yan's confession, from 2010 to 2014, she paid an average of 1.5 million yuan in interest per month, and the total payment was about 60 million yuan. In March 2015, Yan Yan's capital chain broke and she could no longer pay interest.

On November 3, 2017, she was sentenced to nine years in prison and fined 300,000 yuan in the first instance by the Zhongshan District Court of Liupanshui City.