The programmers were forced to trade stocks in order to maintain game development, but they did not expect to make 16 million in a year

Release Time:2021-07-21 Topic:The best stock market month of the year Reading：12 Navigation：Stock Liao information > Comprehensive > The programmers were forced to trade stocks in order to maintain game development, but they did not expect to make 16 million in a year phone-reading

This article is reprinted with the authorization of AI New Media Qubit (ID:), please contact the source for reprinting

"A game developer who doesn't know how to trade in stocks is not a good aircraft repairman..."

No cleverness, this is true!

I didn't believe it at first, no one believed it at all.

Quit the armament giant’s job of guaranteeing income from droughts and floods, start learning programming with zero basis, single full stackThe first game developed became popular. It not only solved my financial problems, but also didn't even have to go to work for my wife...

This is not the most magical. After developing the first game, 0 investment in stocks With experience, he resolutely took all the cash on hand to "stud" US stocks and in 8 months turned 1.3 million into 16 million!

Nowadays, his Twitter account and Steam comments on the games he produced, and comments on programming tutorials have been asked for experience in stock trading Netizens flooded...

Do you think he is trying to make money?

The pattern is small brother.

8 months of "stock god" career, 10 times the rate of return, but he retired at the peak, and all his income was invested in the development of the next independent game!

A series of crazy All in starts from the inner suffering of a pacifist.

In 2013, in the world's top military industry company Lockheed Martin, a Texan born in the 1980s was working hard to repair aircraft.

Raymond Doerr, the future game developer, was also an avionics maintenance engineer at this time. 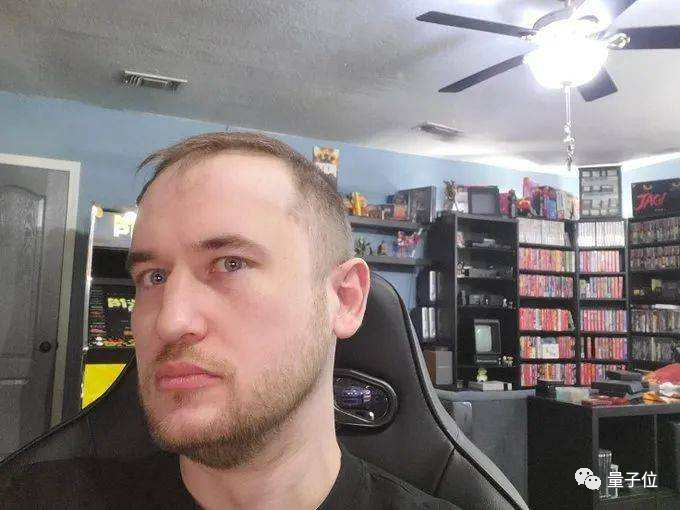 In the eyes of many people, Doerr, who is skilled in technology, has an enviable job with stable income.

But Doerr feels that he works for the world's largest arms dealer, and what he does every day is a weapon of murder, which is really unacceptable.

So, after five years of repairing fighter jets at various US military bases, he decided to pursue his dream --game.

But Doerr picked himself up and shook him off, and found that he only has experience in game development with Second Creation Mod, or script modification...

So he did not impulsively speak up, but from the beginning of 2013 to learn Java from scratch.

In this way, I plan to go to work for 8 to 10 hours a day, as well as the necessary sleep time, and Doerr spends the rest of the time to learn programming.

After 9 months of retreat, Doerr officially came out.

After resigning, he does not intend to join the existing game development team on the market, but intends to do it alone.

But here comes the problem-even the very hot indie game "Stardew Valley" at the time has a development cycle of nearly 5 years.

A few years of work has saved Doerr about US$90,000 deposits, but most of them are used to buy houses.

As soon as the policy came out, independent producers like Doerr were directly ecstatic-this means that even if the game is still semi-finished, it can Make a profit by listing steam, and then slowly patch it up later.

At this time, Doerr let go of his hands, and one person took over planning, art, programming, and publicity.

As of October 2014, the Early Access (EA) version of the game called Rise to Ruins will be officially available Released by steam.

This is a simulation business game that combines sand table, management and tower defense types. It is written in Java and supports Linux.

The official version of the game was launched in October 2019, 5 years later.

How fun is Rise to Ruins?

It is not an exaggeration to say that it was an instant success.

From the point of view of the ability to attract money: Doerr previously calculated his own expenses and drew himself a red line of realizing profit within 4 years, otherwise he would suffer bankruptcy.

But in the second year, the sales revenue of this game has completely solved the family's life problems, even his wife does not need to go to work anymore.

The foreign game media roughly estimated the revenue of Rise to Ruins:

As of August 2020 In May, the game was 10 months online and has sold 310,000 copies. Excluding the commission from the Steam platform, it brought a total of $1.5 million in net profit.

How about this sales level?

Knowledgeable netizens gave the average level of the Steam platform: 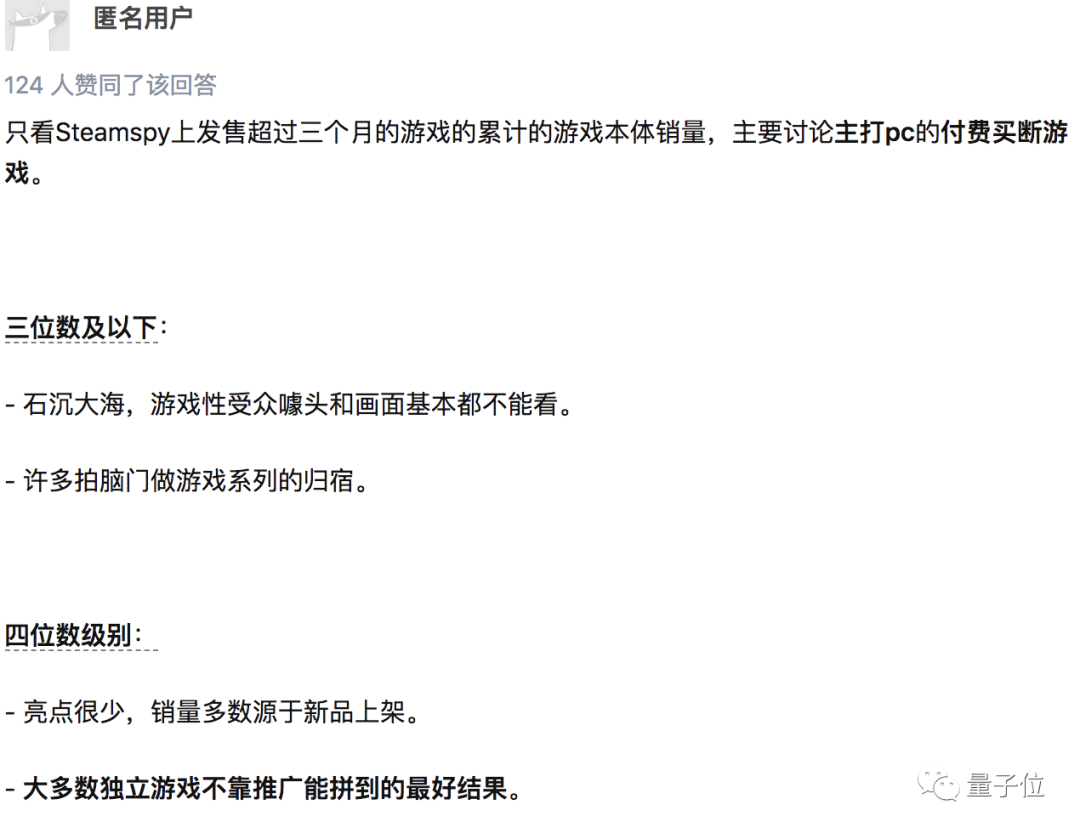 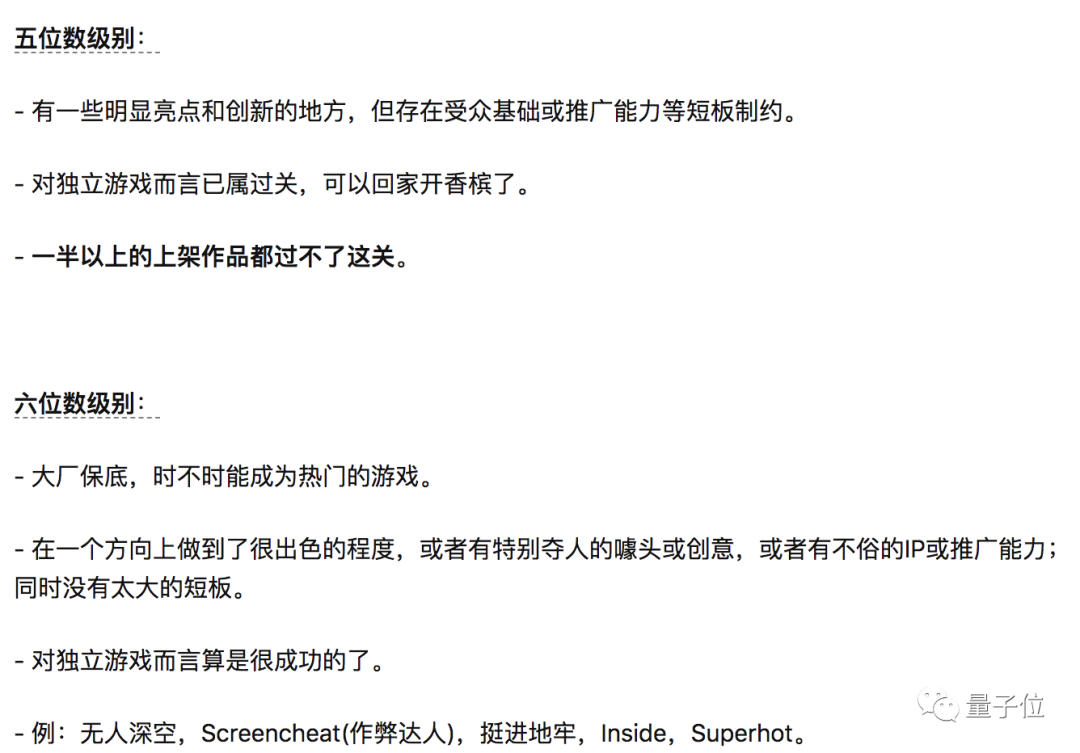 With a 5-digit sales volume, half of the world’s large and small game developers have been eliminated...

Those who can sell 100,000 or hundreds of thousands of copies are generally guaranteed by big manufacturers, and independent games are rare.

So how hot Rise to Ruins is, you can understand it.

One more thing to note, indie games usually refer to the works of developers who are not attached to big companies, but they are usually a small studio team.

Like Doerr, he taught himself programming for 9 months, full-stack development and one-man service. In the process, also took the time to study a degree in psychology …

Except for the bullshit Glass, I’m already out of words.

As for why Chinese players rescued him, it is because the sales of Rise to Ruins in China have soared since this year. Now It has surpassed sales in all other regions of the world, ranking first. 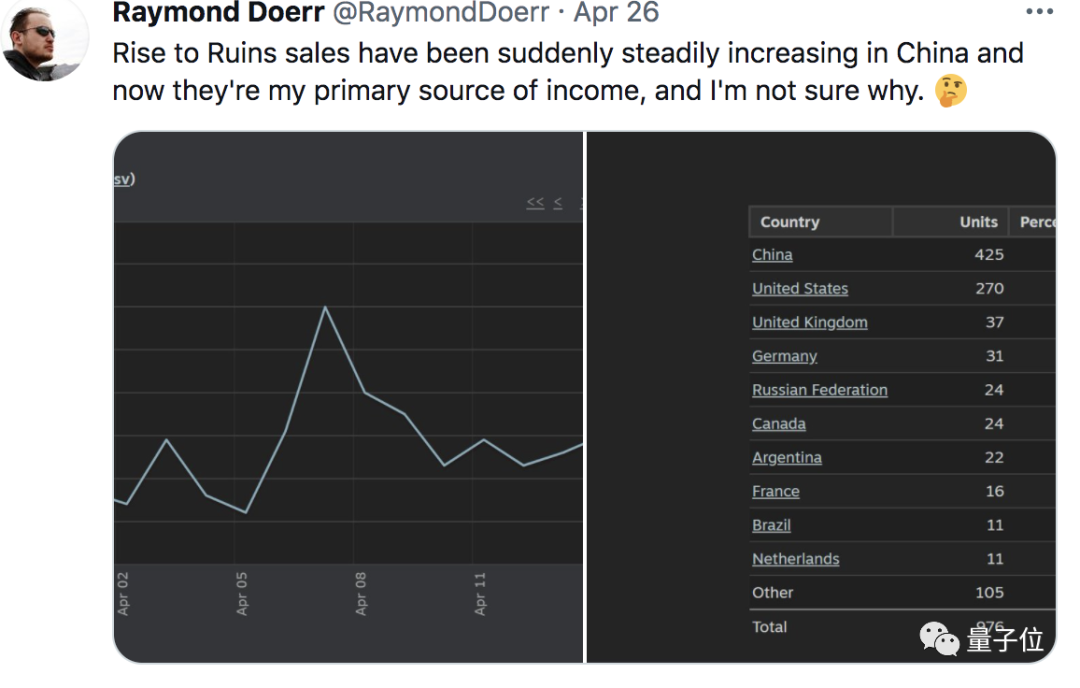 Brother Doerr was surprised, because although the previous profit was a lot, most of them were invested in the development of the second game. Funds on hand have never been ample.

Nowadays, Chinese players have contributed to his biggest source of income, which is really a help.

But even with the assists of Chinese players, the return of funds is still too slow, so Brother Doerr decided to gamble again.

This time, Stud US stocks!

The income in 8 months has doubled tenfold. Is the U.S. stock really so profitable?

An epidemic in 2020 has dealt a heavy blow to the entire game industry.

Various major manufacturers have bounced tickets one after another, and even independent game developers like Doerr have been affected.

It’s definitely not game sales. Everyone was kept at home, but it helped the game sell well.

But the epidemic prevented him from going out to sponsor his new work, which he was waiting to feed. 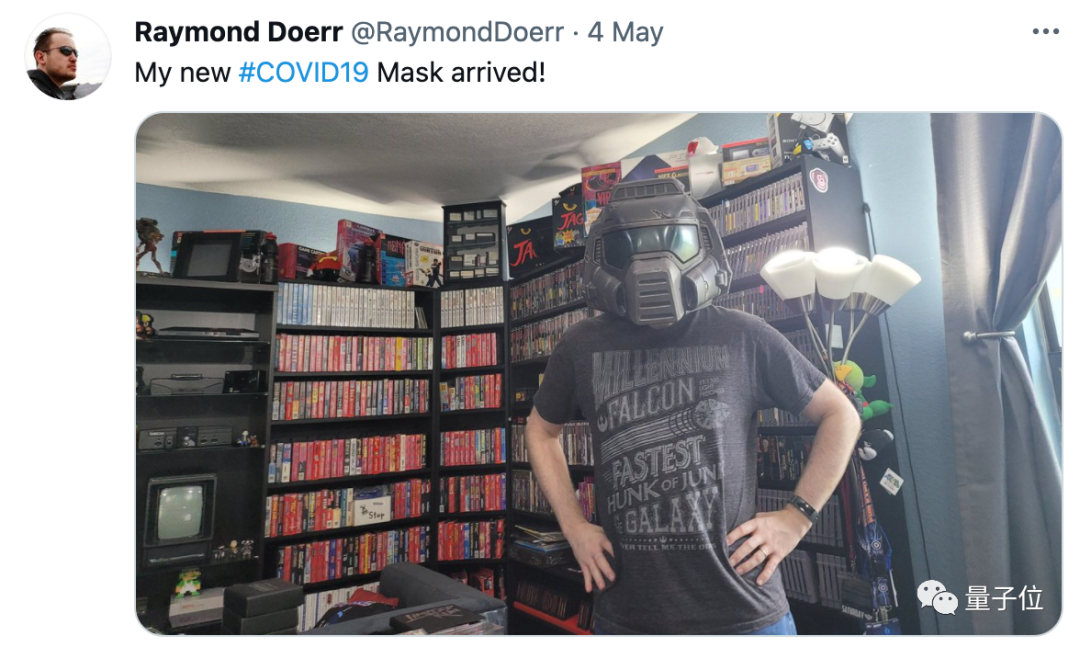 After all, Doerr is a very characterful old man. In order to make a game that he recognizes and loves, he refuses all big The factory "collects" them and doesn't take them a penny.

So he set his sights on the stock market.

Like foreign netizens commented, Doerr’s story is a series of Crazy All in Gambling.

It's just that he won't be confused about the chips, but after careful and profound research and study, he raised the probability of winning the bet to the highest.

The self-study of programming from Lockheed Martin before resignation and the continuous learning of investment, securities, and market-related knowledge before buying stocks are all examples.

So, when he decided to make a move, the 200,000 US dollars (approximately 1.3 million yuan) cash was all stud, without the slightest timidity and uncertainty.

His diligence and keenness have given him a generous return. In 8 months, 1.3 million principals became 13 million revenue.

I know you are most concerned about which stocks he bought, but after reading it, you will find that his investment ideas make perfect use of the special national conditions of the United States.

First of all, the previous enchanting U.S. stocks "Game Station". Brother Doerr bought a part, but not much. He clearly realized that there must be a problem behind this abnormal phenomenon, so he made a small profit. Then retreated.

And his most rewarding investment comes from a type of Magical Medicine Stocks under "American Capitalism": 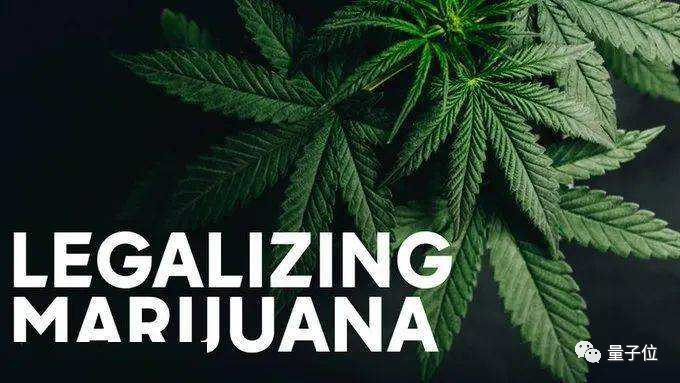 Many states in the United States have successively recognized its legality. As a result, a large number of related companies have become hot investment targets in the capital market.

So, Brother Doerr is qualified to say: My success cannot be replicated.

The stocks that are not for the purpose of game development are all...

Continue to learn and improve all the way, continue to bet all in, and all win...

If yes What do you choose to do next?

Should you retire early to enjoy your life, or continue to invest to make the snowball bigger and bigger?

The real reason why Doerr has made countless Chinese and foreign netizens admire the five-body investment is that after his record in the stock market that made professional investors jealous, chose to retire without any reluctance.

All the money earned is invested in the development of the next game.

Doerr said, whether it is learning or practical operation, there is only one purpose of stock trading, which is to raise money for game development.

Moreover, fighting for 8 months in the capital market made him exhausted physically and mentally, and even had to see a psychologist.

But now, he can barely see stock-related information in his Twitter, instead of frequently released new work progress, such as game background text settings, or UI adaptive updates. 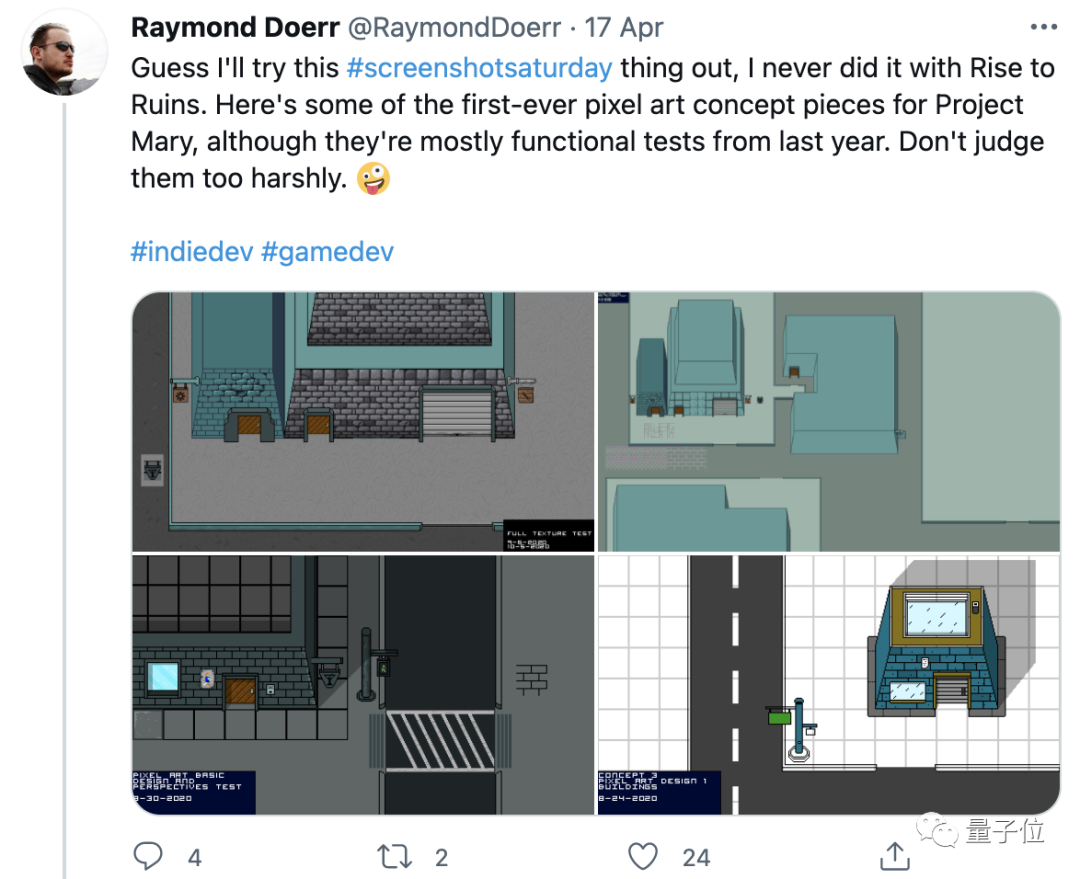 Since then, he has successively released various conceptual design sketches such as weapons, characters, and game icons.

The latest development he revealed is a completely self-developed 2D game engine. The Doerr brother of "One Man Army" must not only produce but also self-sufficient production tools.

Now that the second game is being developed, Raymond Doerr’s mood is completely different:

I don’t make independent games for money anymore. I make games just because I like it.

Recently there have been some small My partner, let me find some interview questions information, so I searched through the collection of 5T information and compiled them. It can be said that it is necessary for programmer interviews! All the information has been sorted into the network disk, welcome to download!

Click on the ???? card, and reply after attention [ Interview Questions] You can get it

1 What's the matter of Tiantian Fund Intelligent Fixed Investment (Huiding Investment)? The difference with Alipay smart fixed investment
2 China Securities Online Securities News, China Securities Net SSE Blog
3 Milestones in the credit sector in February 2021
4 Tomb-sweeping day today, the nation mourns
5 what happened? Guangzhou Rural Commercial Bank withdrew suddenly before the IPO meeting
6 Can it be transferred to Nasdaq after one year of listing on the U.S. OTC market? What kind of "MLM history" is behind the trader Ouyang Chengguo
7 Yu Bin and China Securities Regulatory Commission Information Disclosure Case
8 The China Securities Regulatory Commission made another big move after the release of the "zero tolerance" opinions of the State Council and the State Council! Investigated 16 major cases
9 What are the salaries of civil servants in various regions?
10 The real income of certified public accountants