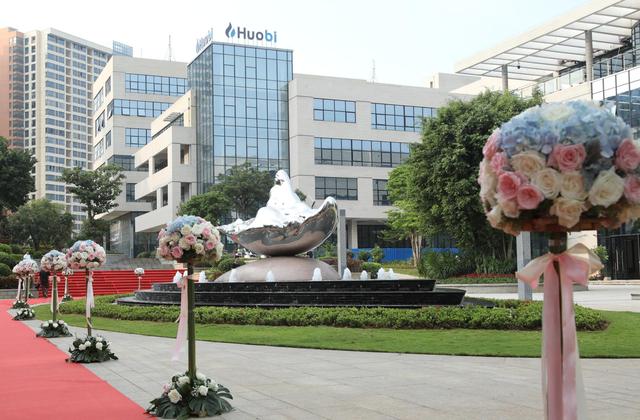 In the second half of 2019, Huobi launched the "VIP of his firm is the VIP of our firm" and "All-star VIP" activities launched in an instant, from spot to contract to OTC directly "grabs" high-net-worth users across the industry. All major exchanges followed up for a while to lower the fee rate and VIP threshold. The platform currency represented by HT is also advancing all the way.

On February 12 this year, Huobi Global once again announced the upgrade of user level rules and VIP rights. Trading and holding positions can have firepower value, and everyone can become a VIP. The market sentiment was immediately ignited, and the VIP rights of Huobi users and the value of HT behind them also aroused heated discussions.

Some market participants believe that Huobi’s upgrade of VIP rights will attract a large number of waist users to increase their holdings of HT in order to sprint VIP rights. It is estimated that there will be more than 200 potential VIP users and 8 million potential purchases of HT, which is equivalent The repurchase volume of HT in the entire Q4 quarter of 2019.

So how does this "firepower value" come about? What are the rules for VIP levels corresponding to different firepower values? What impact will it have on HT?

You can have firepower by trading and holding positions. It is not as difficult to become a VIP.

In terms of holding HT to accelerate the acquisition of firepower, from November 11, 2019 to February 11, 2020 (GMT+8), users can get 1" firepower for every 6250 HT held ", starting from February 12, 2020 (GTM+8), the user will be adjusted to get 1 "firepower value" for every 5000 USDT worth of HT held by the user. In other words, holding HT can enjoy double the firepower value, accelerating users to become VIPs.

The higher the firepower value, the more VIP rights, and HT may become a VIP accelerator

About The level update time and validity period are on the 1st of each month, and the user level is updated according to the current firepower value, and the validity period is until the last day of each month. If the user's firepower reaches the upgrade standard on any day of the month, he will enter the next level in real time, and the upgraded level will be valid until the last day of the next month.

The same user will also face the restrictions of downgrading. When the level is updated on the 1st of each month, if users do not meet the minimum requirements of the original level, they will face downgrade, but the downgrade is limited to one level at most per month.

Finally, through the rules, we can see that users who hold HT can get double the firepower and accelerate to become a VIP. This is undoubtedly a huge benefit for empowering HT. Especially for users who are close to the VIP level, changing their assets to HT will quickly become VIP, so HT will inevitably form a huge buying order driven by waist users.

Judging from the information released by Huobi, the rights and interests enjoyed by VIPs are very rich and considerable:

At present, the positive has been reflected on the disk, and the price of HT in the secondary market has also been strong all the way. Previously, market participants believed that there are expected to be more than 200 potential VIP users and 8 million potential purchases of HT, which is equivalent to the repurchase volume of HT in the entire Q4 quarter of 2019. This is also another major good news for HT in 2020, and the price of HT may bring a new round of surprises to the market.

1 What are the necessary skills to make a securities research report?
2 I have bought so many VIPs, but it is the only one who can buy 3 tickets!
3 What is the unique innovation mechanism behind NetEase's magical stock price?
4 Tensor derivation and calculation graph
5 [Mathematics Foundation] Simple and easy to understand tensor derivation and calculation graph explanation
6 Liande De "100 Questions on Blockchain" is released: an encyclopedia-like block chain literacy reader (Part 1) _ China
7 Several methods commonly used in fund selection
8 [Ninth day of scheduled investment] Eight reasons to use encrypted digital currency for payment in 2019
9 Potential coin recommendation, what is the BAT (Attention coin) coin for gray holdings? ? What are the applications? ?
10 Dynamic planning summary finishing touch