Economic and financial major science popularization, these misunderstandings, have you been recruited? 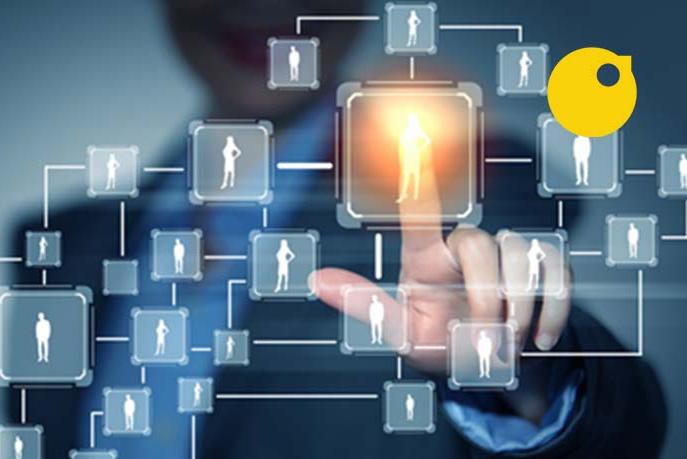 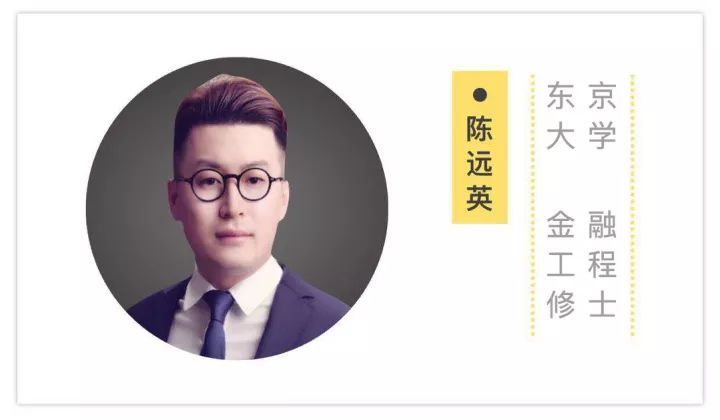 Economics and finance have always been popular majors for studying in Japan, for students who are already preparing for the exam for juniors and seniors, and For students who are about to face internship and employment, Xiaoying will provide you with some dry goods to share, hoping to be helpful to everyone.

The main content of the economic and financial direction lecture series consists of six parts. Today, I will explain two parts for you. 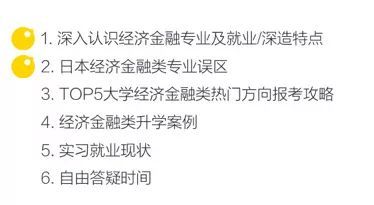 The first part will give you an in-depth introduction to the economics and finance major and its sub-specialties as well as Characteristics of employment and further studies. (For example, there are many small majors under the economics major, such as economic history and international economics. There are also many majors in the financial major. Students are prone to confusion when they do not know the characteristics of these majors in the early stage of preparation. How to develop).

The second part will explain the misunderstandings of Japanese economics and finance majors. Because Japan's economic and financial majors are very different from those in China (from registration to final employment).

Finance majors belong to the general direction of economics and management. 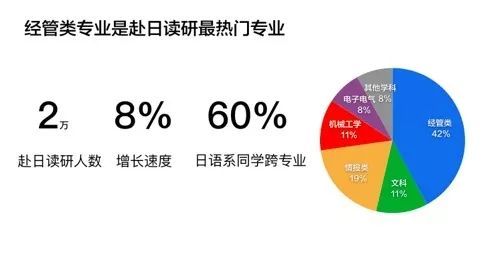 I. In-depth understanding of economics and finance majors 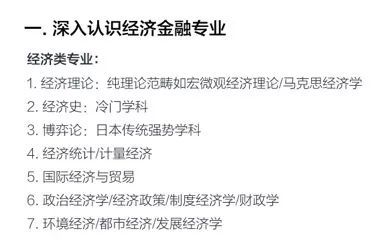 Let me talk about the small subdivisions of economics, first of all It is a major in economic theory. We know it is more theoretical when we hear the name, so it focuses on some traditional theories, such as macro and micro economics, Marxist economics, and Western institutional economics.

Its characteristic is that there will be more pure research things and more in-depth. Therefore, it is suitable for these students who majored in economics and finance to continue their studies. For inter-professional students, we do not recommend studying economic theory, because relatively speaking, there are more requirements for theoretical foundation. 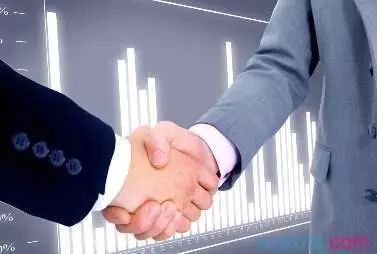 The third is the direction of game theory, which is to study, for example, how participants in two markets play and compete with each other. This is a traditionally strong subject in Japan with a particularly large number of students. However, the direction of game theory requires relatively high mathematics and is not suitable for inter-professional students to prepare for the exam.

The fourth is economic statistics, the direction of econometrics, this is also the relative partial mathematical direction strong>, so it is not suitable for cross-professional students to prepare for the exam.

The fifth mainstream direction is the direction of international economics and trade. This major is now a cross-professional classmate There are a lot of preparations for the exam, because the content of the exam is relatively simple, and the content of the research is relatively simple, mainly studying the economic exchanges between countries in the international society. 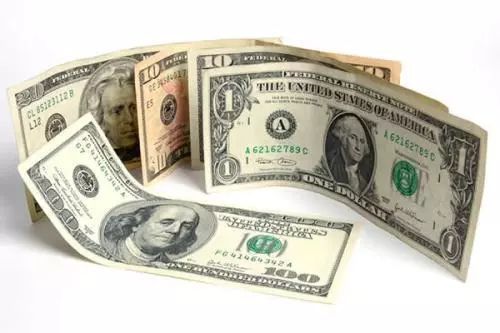 The sixth direction is Political Economics, Economic Policy, Institutional Economics, and Finance. The examination contents of these directions are basically the same. A simple sentence is about how the government regulates the economy. Therefore, it is relatively practical and practical, and there are also many interdisciplinary students.

The seventh is environmental economics, urban economics, development economics and other side disciplines, which is Apply economics to different fields. These are relatively unpopular subjects, but the number of students enrolled will be relatively large, so it is more convenient and easier to enter. 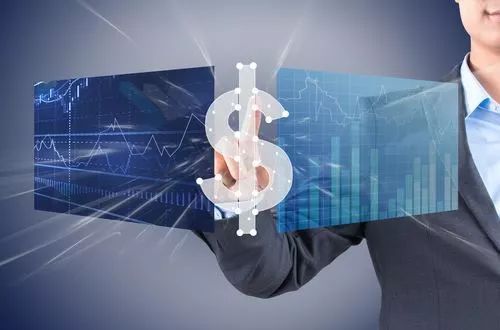 The third direction is corporate finance and corporate finance. It is the financial problem and valuation problem of the enterprise. It's just how much the company's stock is worth. The mathematics it involves is very simple, simple addition, subtraction, multiplication and division can be done, so there are a lot of students preparing for the test in this direction. Employment in this direction is particularly good, so it is one of the most popular majors in finance, and it is the best-developed major.

The fifth direction is investment and securities, investment securities is the most popular in finance One of the majors, especially when the stock market is particularly good, it is particularly popular. The difference is that it is biased towards the secondary financial market, that is, the secondary transaction of stocks and securities that have been issued. Just like the domestic real estate market, there is this new house market and this second-hand house market. It is similar. In the second-hand housing market. 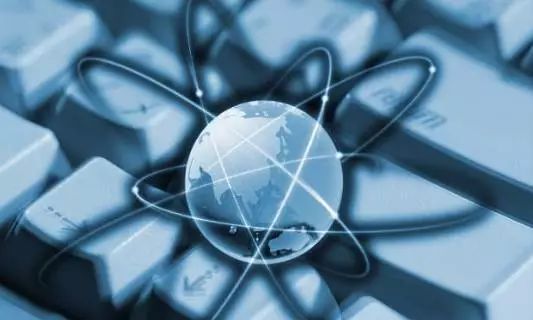 But everyone, don’t worry, because many universities do not divide these directions during the preparation for the exam. Everyone takes the same exam together. Then after you go in, according to your first-year study and course selection, then enter the application for professors and apply for the minor.

Although there are many different categories, there are almost only a few courses in the main course. According to the direction you want to develop in the future, you can choose some courses that you are interested in and those that are biased in this direction. Just like a domestic university, it is a course selection system, so there is no need to worry about which direction to decide now. It's just that you know which direction you will work towards in the future, because the real decision on the small direction is determined by most universities in the second year of the monk.

2. Misunderstandings of economics and finance majors in Japan’s TOP5 universities 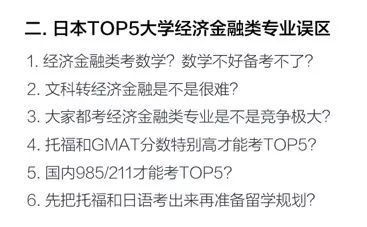 1. Mathematics for economics and finance? Can't prepare for exams with poor math?

The first one is whether to take maths in economics and finance. Isn’t mathematics bad, maths bad in undergraduate, liberal arts students, etc. can’t pass these majors?

First of all, the economics and finance majors in China really pay attention to the investigation of mathematics. Usually, mathematics is taken for the postgraduate entrance examination. But Japan is different. Japanese universities have a subject selection system. You can choose what you are good at, such as economics, macro and micro economics. You can also take the math subjects you are good at. Choose one of these subjects. Some schools even offer five subjects, and you can choose one of the five subjects you are good at, so you don’t need to answer all of them.

For example, if you choose the economic question, you don’t need to answer the math question. In economics, at most, only domestic high school mathematics can be used, not university advanced mathematics. This is an important difference from China.

I remember that when I was preparing for the Japanese university exam, I also did the domestic postgraduate entrance examination questions. It is true that the domestic postgraduate entrance examination questions are much more difficult, and the mathematics of the economic and financial subjects of Japanese universities is very special. Simple, probably to the degree of seeking derivation. 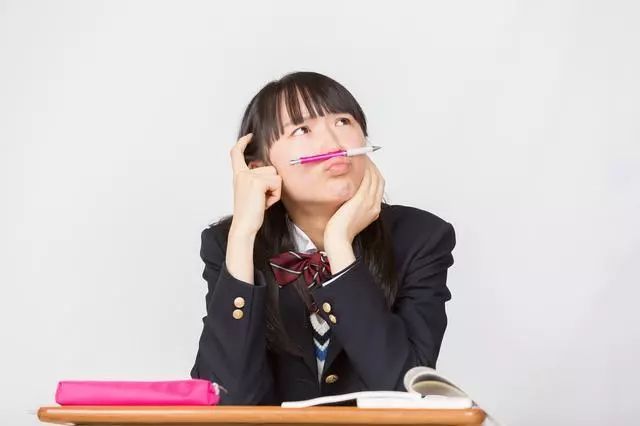 2. Is it difficult to transfer liberal arts to economics and finance?

The second misunderstanding is that many students feel that it is difficult for them to the liberal arts major and therefore switch to economics and finance. is actually wrong. Because economics and finance is one of the largest majors in Japanese universities, is the largest major in liberal arts, so the number of students is particularly large. Although the examination questions may have some more mathematical and physical aspects (such as derivation) than other liberal arts, but because it has a particularly large number of admissions, and it is mainly objective questions (that is, objective questions with standard answers). Unlike other liberal arts, such as sociology, there is no standard answer for essays. Therefore, it is very easy to transfer liberal arts to economics and finance, and it is now the most popular major in the current major, and one of the most popular majors in liberal arts. 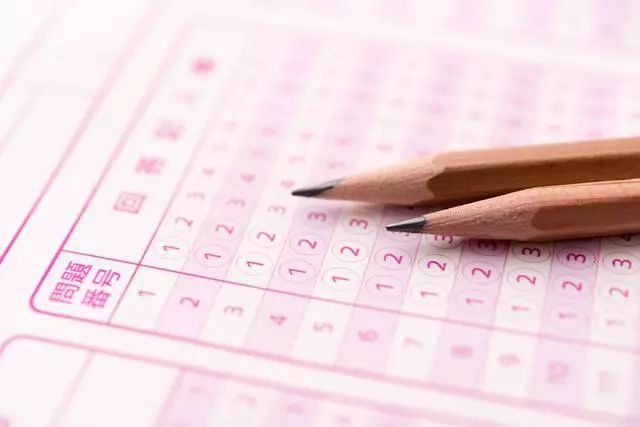 3. Everyone is going to major in economics and finance. Will there be great competition? 4. TOEFL and GMAT scores are particularly high to get TOP5?

The fourth misunderstanding that everyone usually has is that I must first take the TOEFL score very high, so that I can prepare for other tests with a high TOEFL score. This is also wrong. Japanese universities are not so strict about the TOEFL inspection. Like Dongda, our professional TOEFL has a minimum score of more than 60 points, the highest score is more than 110 points. The most important thing is the score of the professional exam, not the language score.

The fifth one is also often asked by my classmates. I am not from 985 or 211. Can I not pass these Top 5 Japanese universities, Teacher Chen? This is also wrong. Because we have talked over the years, the professors of Top 5 universities usually only know the domestic Peking University and Tsinghua University, Shanghai Jiaotong Fudan University, and other schools have not even heard of it. So he doesn't particularly look at your college or university, because for him, he hasn't heard of it, so mainly depends on your college student test scores. However, it is more difficult to apply for the top 5 universities if you are a college graduate. As long as the undergraduate or above, everyone is on a common starting line. 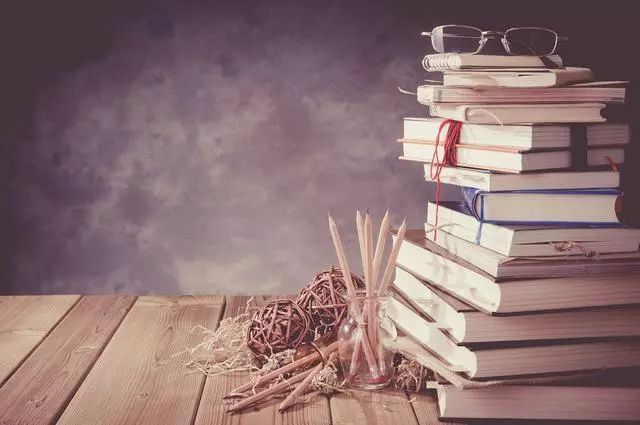 6. First take the TOEFL and Japanese test before preparing for studying abroad?

Another misunderstanding is that many students want to teach me the third and fourth year, I have to take the TOEFL and Japanese test before preparing for the study abroad plan, and then apply and contact the professor, right? Is it more reasonable and better? This is also wrong. Contact the professor and prepare for the professional courses as early as possible. This has nothing to do with your TOEFL preparation and Japanese preparation as soon as possible. Not that I have to take the TOEFL test before preparing for the test. Because First of all, for Japanese universities, what they value most is research, your research ability. One is how to examine your research ability, and the other is your undergraduate research experience. The second is the level of the research plan. So these two things must be prepared as early as possible. Be sure not to leave it to the bottom. You must first focus on the key professional knowledge, as well as the research and the research plan. These two must be settled, and then you will go to the language together, because language is a very important thing. 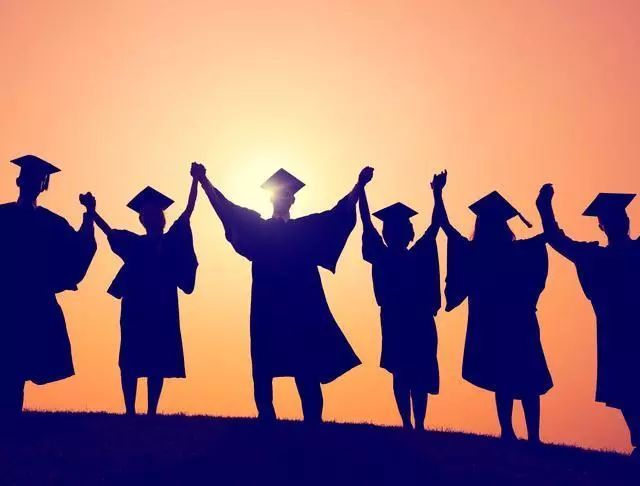 Next, we will come to the most dry part of this topic lecture: Typical of the top five schools For economic and financial professional projects, its enrollment requirements and application strategies. Many data in it is difficult to find on the Internet, so everyone should focus on it. This part of Xiaoying will explain to you in the second issue.

Unauthorized reprinting of original articles by Xiaoying abroad will be punished