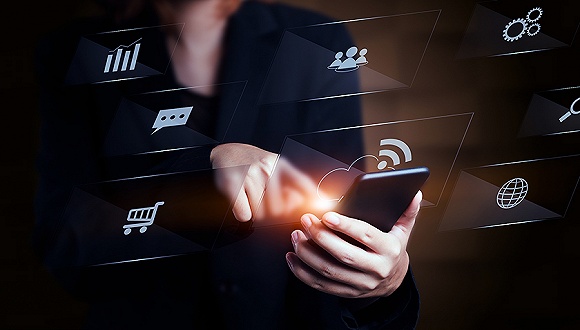 Li Keqiang: do it To do a good job of six stability, the first is to stabilize employment

Li Keqiang presided over a symposium on stabilizing employment in some provinces. Li Keqiang said that to do a good job in six stability, the first is to stabilize employment. Click here for details>>

In July, the bank’s foreign exchange settlement and sales had a deficit of US$6.1 billion, a decrease of nearly 70% from the previous month

Statistics from the State Administration of Foreign Exchange show that in July, banks settled US$161 billion and sold US$167.1 billion. The deficit in foreign exchange settlement and sales was US$6.1 billion, a 68% decrease from the previous month. Among them, the deficit of bank settlement and sales of foreign exchange on behalf of customers was US$4.1 billion, which was nearly 80% narrower than the previous month. Click here for details>>

The turnover of the two cities exceeds 580 billion yuan, and the main force is to buy securities stocks madly

According to Wind data, the turnover of the Shanghai and Shenzhen stock markets today was 581.37 billion yuan, a new high since July 3. Click for details>>

10 days left! The 2019 World Artificial Intelligence Conference will be unveiled in Shanghai

The top-level design of the national park system is basically completed, and the relevant master plan is being prepared and submitted for approval.

Yi Cai news, at the first National Park Forum held on the morning of the 19th, Zhang Jianlong, director of the National Forestry and Grass Administration, said that in the next step, the National Forestry and Grass Administration will step up preparation and approval of relevant national park master plans to accelerate the promotion of the national park. Park legislation process, promote the establishment of national parksStandards and spatial layout plans, and strive to basically complete the pilot tasks by 2020. Click here for details>>

The State Administration of Radio, Film and Television: Promote the reform of state-owned radio and television enterprises in the company system, explore and promote the pilot reform of mixed ownership

The State Administration of Radio, Film and Television issued a notice on "Opinions on Promoting the High-Quality Development of Radio, Television and Network Audiovisual Industries." Promote the corporate reform and shareholding reform of state-owned radio and television enterprises, support the integration of state-owned capital and private capital resources and cross-shareholding in areas where social capital is allowed to enter, and explore and promote the pilot reform of mixed ownership. Support listed companies to become stronger and bigger, encourage listed companies to give play to their respective advantages, actively and steadily carry out cross-regional, cross-industry, cross-ownership mergers and acquisitions, and strive to build comprehensive industrial groups. Click for details>>

5 five-star hotels across the country were disqualified, and 11 were rectified within a one-year deadline

According to the "Classification and Evaluation of Tourist Hotel Star Ratings" (GB/T 14308-2010) and related regulations, the National Tourist Hotel Rating Committee decided after research to cancel five stars for 5 hotels For the treatment of tourist hotel qualifications, 11 hotels will be subject to a deadline of 12 months for rectification. For details, click >>

CCTV news, Cathay Pacific Airways issued a travel reminder on its official website today. Due to the enhanced security measures of the Hong Kong Airport Authority, the company's sales counter at the Hong Kong International Airport has suspended ticket sales. All passengers should prepare confirmed air tickets and travel documents for inspection upon arrival at the airport. Click here for details>>

ISIS claims that Pakistani members committed the murder in Kabul. Why are the Afghan weddings so often targets?

The Afghan branch of the extremist organization "ISIS" (ISIS) claimed that they were responsible for the Kabul wedding bombing that killed at least 63 people on the evening of the 17th. According to reports, insurgents have attacked weddings in Afghanistan from time to time. Weddings are regarded as easy targets because such activities often lack strict security precautions. Click for details>>