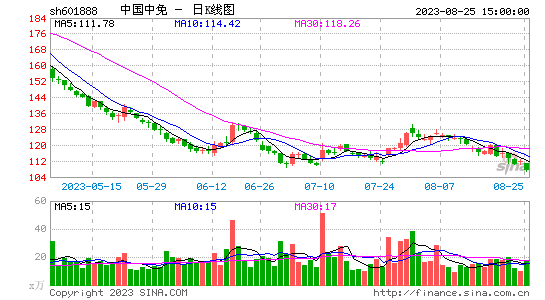 Recently, this newspaper received complaints from many tourists who participated in the China International Travel Service (Wuhan) International Travel Service The organized tour group traveled to Huanglong in Jiuzhai, Sichuan, and there were phenomena such as overtime shopping arrangements and hidden consumption traps. From July 11 to 14, the reporter went to Huanglong, Jiuzhai with a tour group organized by the agency, and found that there was indeed a lot of trickery.

Bundled sales of self-financed projects. "Preferential prices" are not favorable

The four-day tour route of Jiuzhaigou and Huanglong launched by the travel agency is quoted at 3237 yuan and the insurance premium is 10 yuan. Since the reporter is a single-person group, the staff said that they would arrange for the reporter to live in a standard room alone, but the difference was 200 yuan to make up for the room.

On July 10, the staff sent an itinerary to reporters by email: In the afternoon of July 11, passengers go to Tianhe Airport to check in by themselves and go to Jiuzhai Huanglong Airport, where they will accompany the tour guide to pick up the plane; 7 Visit Jiuzhaigou Scenic Spot on 12th; visit Huanglong Scenic Spot on July 13th; visit Tibetan villages or Tibetan-Qiang customs and culture on the morning of July 14th, and then take the flight back to Wuhan at 11:15.

On the itinerary, the staff indicated the charging standards for 5 self-financed items. The Tibetan and Qiang Customs Gala is 210 yuan per person, and Jiuzhai collectors’ home visit is 180 yuan per person. Tourists can choose by themselves. On the evening of the 11th, the reporter followed the tour group from the airport to Jiuzhaigou. The male tour guide who led the group began to introduce the self-funded project. The preferential price of this project is 330 yuan, and most tourists have paid for it.

At 4:30 pm on the 12th, after the tour group came out of the Jiuzhaigou Scenic Area, the bus took the tourists to the collector’s home to visit the tourist spot "Tashi Delek Collector", where we had dinner and briefly Experienced Tibetan folklore. At 8 o'clock in the evening, the dinner was over, and the tour guide took the tourists back to the hotel directly, and issued tickets for the Gaoyuanhong Performing Arts Center in the hotel courtyard.

Are the two self-funded items bundled and sold really discounted? The reporter learned afterwards that a travel agency in Chengdu also arranged a "Tashi Delek Collector" home visit project at a cost of 150 yuan per person. Many group buying websites show that the ticket price of the "Plateau Red" Tibetan and Qiang Style Gala is only 120 yuan, and the total cost of the two projects is only 270 yuan.

It took a whole morning to rush for shopping. The time to play in the scenic spot is only three hours.

When the reporter paid the group fee, the staff said that there would be shopping arrangements halfway through. The reporter specifically asked about the length of shopping, and the other party replied that it was half an hour to an hour. However, there are 3 shopping spots on the itinerary to buy crystal jewelry, medicinal materials and yak meat. The time for each shopping spot is 45 minutes, and the total time exceeds the shopping time verbally stated by the staff.

The shopping was concentrated on the third day. Tourists were overtime for shopping, which led to a lot of opinions on the compression of the tourist attractions. "The entire scenic spot has not been finished, so I will go home."

At 7:30 in the morning on July 13, the tour group left Jiuzhaigou for Huanglong Scenic Area, 1At about 0:10, the tourist bus stopped at Wucai Commercial Plaza, Chuanzhusi Town, Songpan County. The tour guide organized tourists to go to three shopping spots for shopping. After shopping for more than two hours, they went to eat Chinese food. Depart for Huanglong Scenic Spot at 13:00 on the same day, arrive at the scenic spot at 14:10, and take the cable car up the mountain after queuing for 40 minutes, and gather at the gate of the scenic spot at 18:00. The actual play time on that day is only 3 hours.

Back on the bus, Ms. Li and many other passengers complained that the travel time in the scenic spot was too rushed. When we arrived at the Wucai Lake scenic spot with the highest altitude in Huanglong scenic spot, I had to drive down the mountain before playing for a while. "If the shopping time is shorter and more time for fun, it will be more enjoyable."

In addition to the shopping arrangements on the itinerary, at 8 o'clock in the morning on July 14th, the tour guide arranged for a reporter and a group of 32 people to go to the vicinity of the airport. Visit to the village. After waiting for more than 40 minutes at the entrance of the village, a Tibetan girl took 32 tourists to visit her home, and then took them to a shopping point in the village to sell all kinds of silverware and jewelry to the tourists. It wasn't until about 9:40 that the tour group left the stockade for the airport.

At noon on the 13th, the tour group had lunch in Chuanzhusi Town, Songpan County. Hurry to Huanglong Scenic Area. Because the Huanglong Scenic Area is more than 3,500 meters above sea level, it has to go up the Panshan Highway and pass through the snow-capped mountain beams. Before going up the mountain, the male guide began to "warm reminder."

"Huanglong Scenic Area is high in altitude, some tourists may have altitude sickness." The male tour guide said that altitude sickness may cause danger, and the tour guide is obliged to remind tourists to take precautions. In case of an accident, tourists can only Sent to Chengdu, more than 400 kilometers away, for treatment.

According to the tour guide, many tourists in the car became restless and talked a lot. At this time, the tour guide said that before going up the mountain, the bus would stop at a service point to add water. Someone got on the bus and sold some medicines to prevent altitude sickness, and everyone could buy them voluntarily.

As soon as the words were over, the bus drove into a water filling point on the side of the road. A young man in a white coat got on the bus, holding a few boxes of plateau rhodiola oral liquid and a few bottles of Xiben brand in his hand. Aerobic water. The young man said that every year there are cases of tourists going to Huanglong and causing deaths due to altitude sickness. This oral liquid can prevent altitude sickness, a box of 10 sticks, for two people to drink. Take two orally when you go, and take three orally when you come back, it only costs 150 yuan a box. If you are a child, you can drink a 500ml bottle of aerobic water, the price is 100 yuan a bottle.

The young man selling "medicine" repeatedly said about the seriousness of altitude sickness, and Ms. Cheng sitting next to the reporter and Ms. Zhang in the front row became nervous. Ms. Cheng brought her 10-year-old son and a nephew. She was worried that the child would have altitude sickness. Because the price is more expensive, Ms. Cheng hesitated, "This water is too expensive."

"This is aerobic water, not ordinary water, just don't buy it." The young man reminded: "The front is the snow mountain beam, no man's land."

After entangled again and again, Ms. Cheng took out 250 yuan and bought a box of plateau rhodiola oral liquid and a bottle of aerobic water. Ms. Zhang also bought it. A box of Rhodiola rosea oral solution.

Then the bus drove over the snow-capped mountain beams, and the reporters and other members of the tour group felt no discomfort. After arriving at the Huanglong Scenic Area, Ms. Cheng and Ms. Zhang found that there is a free oxygen inhalation room every some distance in the scenic area. If tourists feel unwell, they only need to buy an oxygen tube for 1 yuan to inhale oxygen for free. Both of them Call me fooled.

On the day of the return trip, Ms. Zhang threw away the remaining Rhodiola oral liquid at the airport.

Afterwards, the reporter inquired that the market price of this 10-pack of Rhodiola oral liquid was only about 26 yuan; while the market price of 100 yuan for aerobic water was only about 15 yuan. According to doctors, Rhodiola highland oral liquid should be taken about a week before entering the plateau area to achieve a good preventive effect; and the oxygen content of aerobic water is limited, so drinking aerobic water is not as good as going to the free oxygen inhalation room at the scenic spot.

The improvement of tourism quality depends on standardized management strong>

"After the implementation of China's "Tourism Law", the problem of mandatory shopping in some tourist attractions has been eased." said Xiong Yuanbin, a professor at the School of Economics and Management of Wuhan University and a postdoctoral fellow in tourism management, but some travel agencies still passed Arrange shopping spots on tourist routes and increase self-financed items to obtain benefits. Although these shopping spots and self-financed items were notified in advance in the contract, they affected the overall itinerary of the tourists and further affected the quality of tourism.

"Fundamentally speaking, this is caused by the fierce competition in the current tourism market in my country."Xiong Yuanbin analyzed that due to fierce competition, some travel agencies used low prices to attract customers, resulting in low operating efficiency and had to resort to other ways to make profits. In order to obtain benefits, some tourism practitioners even act against professional ethics. To solve this problem, only rely on the standardized management of travel agencies, provide quality services, rely on formal services to obtain normal profit returns, and promote the healthy development of the tourism industry.

At the same time, Xiong Yuanbin also reminds tourists that before choosing tourism products, it is best to fully understand the information of relevant attractions and routes, and beware of being deceived.