25-year-old boy took a picture of Nasdaq: I am the world’s most valuable lidar company _ Luminar

Luminar was founded in 2012. The company’s founder and CEO Austin Russell is only 25 years old this year.

After 95, he should be the CEO of the youngest lidar company in the world.

If nothing else, by the fourth quarter of this year, he will set a record.

Luminar will be listed on the Nasdaq thanks to the express train of Gores Metropoulos, the blank cheque company of The Gores Group, the "king of SPAC", and is expected to become the world's most valuable lidar company.

Although Russell founded Luminar in high school, the real start of the business can be traced back to Russell's withdrawal from Stanford University.

At the time he was studying applied physics at Stanford, but he felt that he should focus on Luminar. So, he applied for Peter Thiel (the co-founder of PayPal) for a partnership fund and successfully got $100,000 in start-up capital.

Thiel's endorsement greatly improved Russell's credibility. At the same time, he also found a 25-year veteran in the photonics industry, Jason Eichenholz, to start a business together. Eichenholz has 10 important patents in this field.

To be honest, if you compare Luminar's files with Velodyne, Luminar's fundamentals (team, revenue, product line, number of customers, etc.) are not optimistic, and even income is pitifully small.

But this does not prevent Luminar from being able to raise more money in the open market.

According to public data in July 2019, Luminar raised a total of 250 million US dollars.

This valuation is much higher than the $1.8 billion valuation of the lidar brother Velodyne.

You may ask: Why is Luminar?

This is actually largely related to the way SPAC is listed. SPAC will omit many listing procedures and does not need to conduct IPO roadshows with a large number of investment institutions.

Moreover, even during the roadshow, you don’t need to explain the specific business, or even the detailed business plan. Just make it clear about the company’s vision and management team, and say that you are “very good”. Please wait and see. That's it.

This method is actually very similar to "PPT financing".

2. How does Luminar prove that he is great?

The question is here, how does Luminar prove that he is good?

This has to start with the technical level.

Open Photonics is an open innovation company dedicated to the commercialization of optics and photonics technology. LumInar's current CTO Jason Eichenholz was the CEO of Open Photonics.

This acquisition helped Luminar acquire outstanding technical talents in the field of lidar.

Black Forest Engineering has been focusing on the research of high-performance InGaAs (Indium Gallium Arsenide) receivers, with the ASIC designed by Luminar, which can achieve better photon efficiency and dynamic range.

Compared with mainstream solutions in the industry, Luminar’s technology is relatively special. This is also an important difference between Luminar and other lidar companies. In the receiver, Luminar replaces commonly used silicon with indium gallium arsenide. And this new material can be much more expensive than silicon.

Many people may have questions, why have to change the materials? Can't silicon be used?

The answer is that it can be used, but it cannot meet Luminar's technical standards.

Russell once put forward a goal: to introduce a better quality lidar than the competition-the resolution is 50 times higher than the opponent, the detection range can also be 10 times higher.

In order for the lidar to see farther, the laser must have more power. The current laser radar wavelength is generally 905 nanometers, which is in the range invisible to the human eye.

In Russell's view, the detection distance is more important, so he resolutely chose the much higher cost indium gallium arsenide.

In this way, Luminar's lidar power is 40 times higher than competing products.

This brings the advantage that it can "see" objects on the road even in extreme low light environments, and the vehicle can obtain richer perceptual information about the surrounding environment. 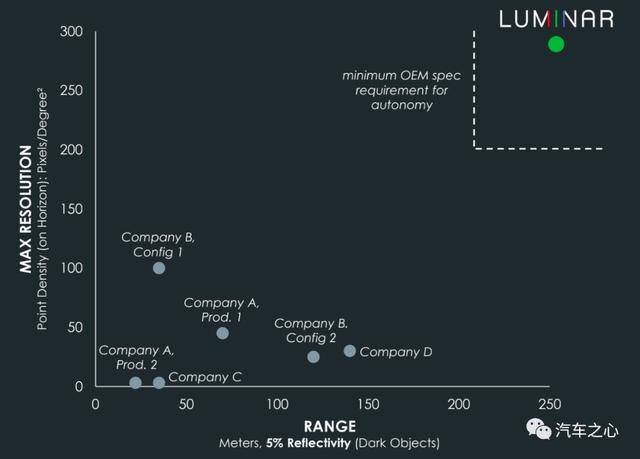 Luminar means: the detection range is to hit friends

This is the realization of Luminar's lidar to 250 meters One of the secrets of detecting distance. 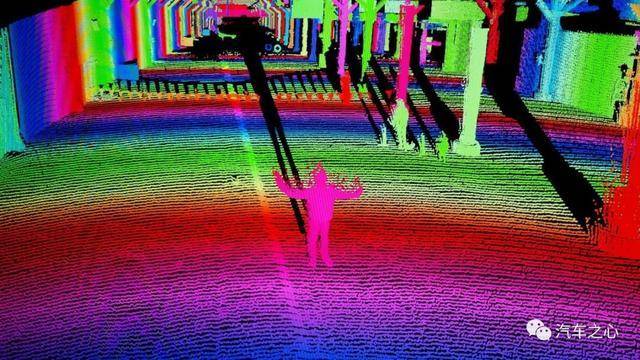 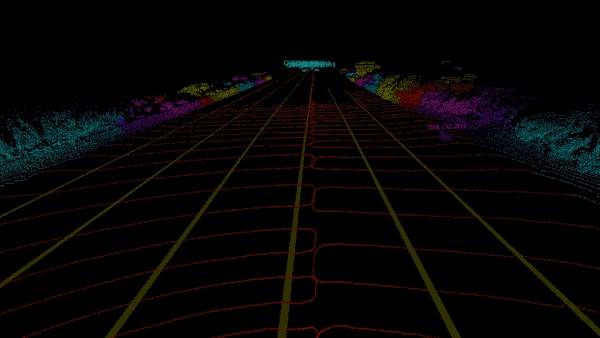 Russell is quite proud of this, because no company in the industry can produce such a powerful lidar.

However, if you want to make good use of 1550nm lasers, you have to pay some "prices". For example, as mentioned above, rare and expensive semiconductor materials: indium gallium arsenide are used in the transmitter and receiver.

Some insiders told me that the cost of indium gallium arsenide is 10 times that of ordinary silicon-based materials. And in the next few years, the cost will not drop significantly.

At this time, the role of Black Forest Engineering, a powerful design team, became prominent.

Luminar claims that through cooperation with Black Forest Engineering, the problem of high cost of indium gallium arsenide has been solved.

Finally, Luminar not only made a photodetector, but also solved the problem of analyzing and transmitting the signal chip. At the same time, the cost of the receiver has dropped from tens of thousands of dollars to a staggering-3 dollars.

Russell said in an interview that with the ASIC produced by Luminar, only a tiny bit of indium gallium arsenide is needed, which can achieve a very low price for the product.

In addition, Luminar's R&D team has also increased the "dynamic range" of the receiver.

Just as the pupil is constantly adjusted according to light conditions, lidar receivers also tend to receive pulses that remain at a certain intensity (the farther the photon travels, the weaker the intensity).

After continuous polishing, Luminar's receiver has been able to master various pulses of different intensities.

And to build breakthrough technology from the ground up: differentiated Lidar architecture and chip-level component innovations have also made Luminar stand out in the field of Lidar.

After these two acquisitions, Luminar is officially debuting. 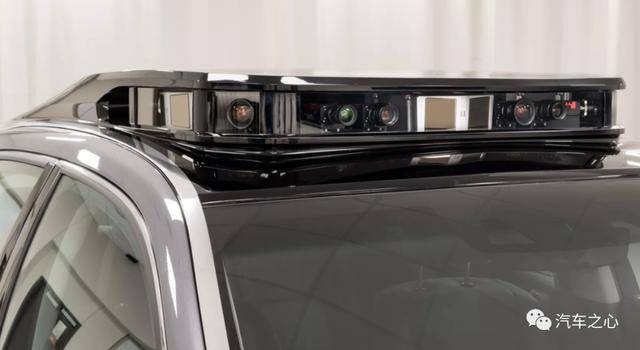 In September 2017, Luminar announced a partnership with Toyota TRI.

In June 2018, Luminar also announced a strategic partnership with Volvo, and Volvo also through its venture capital funds Luminar makes a strategic investment.

Right now, Luminar's lidar solutions are mainly targeted at four types of customers (as of now, there are 50 partners in total): 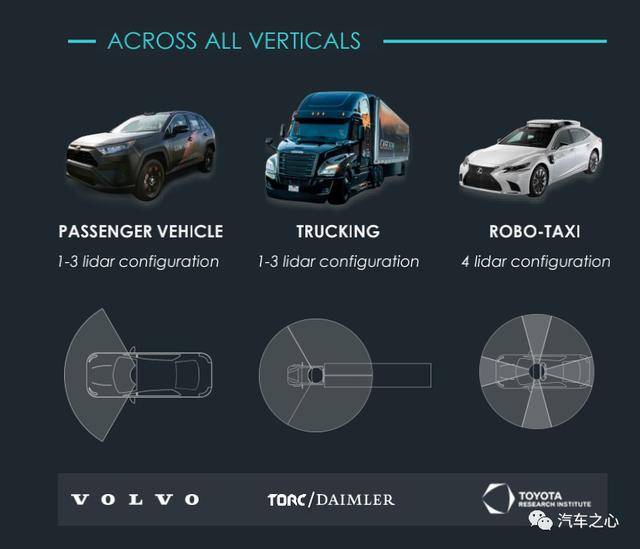 Starting from 2022, Luminar’s main sources of income include:

By 2025 , Luminar has 90% of revenue derived from existing partners. 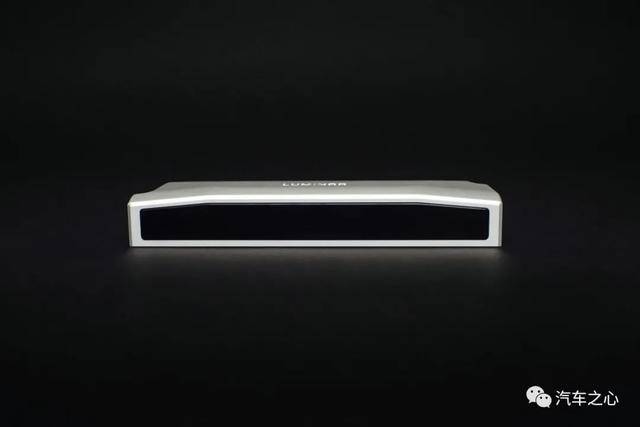 According to public information, Luminar will launch a new sensor platform "Iris" for passenger cars and commercial trucks in 2019 (Iris), integrates Luminar's latest lidar and perception software, and can be installed directly on the vehicle as a plug-in and complete real-time upgrades.

The price of this platform will not exceed $1,000, and it can meet Level 4 requirements.

If the car manufacturer only needs Level 2/3 features, Luminar can also provide a lower-priced "iris" kit, which costs no more than $500.

In May of this year, Volvo announced a new autonomous driving plan, and Luminar officially became a supplier of Volvo lidar.

It is reported that Luminar will officially supply Lidar and software solutions to Volvo in 2022, and will be deeply integrated into Volvo's SPA 2 platform.

Although Volvo has not announced the specific models equipped with Lidar Information, but there is a speculation in the industry that Volvo’s flagship model XC-90 (model 2023) will be equipped with Luminar’s lidar. 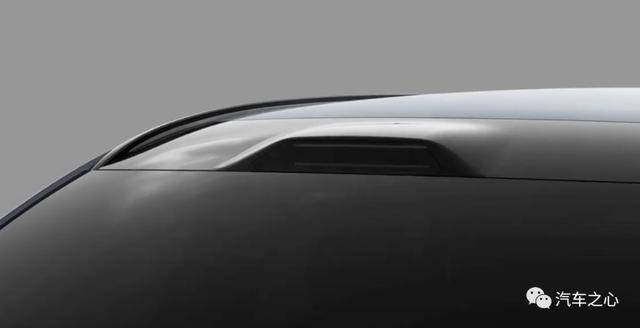 Luminar’s lidar will be only one-third the size of the current product, and can be seamlessly integrated into production vehicles In the front grille, front windshield, roof or headlights.

The bad news is that before mass production in 2022, Luminar's revenue mainly comes from testing and development, NER revenue, and other revenues.

As of now, LumiThe nar team has 350+ people and is distributed in five major cities in the United States. Luminar has also set up 4 offices overseas.

Among them in the United States:

4. SPAC is just a means for companies to seek financing

Having said so much, the original intention of the company to go public is to raise funds, not to allow investors to withdraw as soon as possible.

For the current lidar companies, their liquidity is getting tighter and tighter. Many companies are taking austerity measures to control costs, and some companies have even closed down.

A serial entrepreneur in Silicon Valley told me that TetraVue, a lidar company that once received a joint investment from Bosch, Samsung, and Foxconn, has closed its doors. Another lidar, AEye, announced layoffs of more than 50%.

This more or less shows that the life of Lidar companies is not easy, especially those Lidar companies that plan to supply Robotaxi as their main source, both in terms of income and current projects, have been greatly affected. Big shock.

Looking back at 2019, autonomous driving began to cool down. Coupled with the impact of the 2020 epidemic, many companies are basically at a standstill, let alone development. 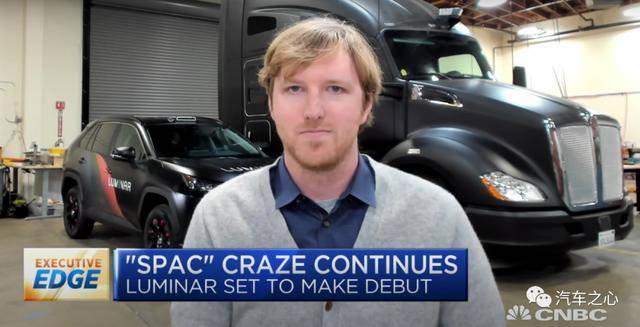 Lidar companies such as Velodyne and Luminar, which only have large-scale revenues after a few years, are listed through SPAC , The most important reason is for financing-they need enough funds to survive the embarrassing period of the past few years to support the company's next development.

You can even think of SPAC as a transitional method for such companies to seek financing.

Compared with IPO listing and direct listing, SPAC can omit many steps. For example, there is no lock-up period, and it can be listed within a few weeks at the earliest.

This is why this year, we have seen many companies go public through SPAC, which has become a trend.

If the lens is transferred to the domestic market, the early batch of lidar companies, represented by Hesai and Sagitar, are preparing to land on the Sci-Tech Innovation Board after several years of siege. Of these two companies, one has annual revenue of more than 100 million yuan, and the other has annual shipments of more than 10,000 units.

Livox, which was incubated by DJI, also began to make a splash this year. In July of this year, it announced that it had won orders for tens of thousands of Gaoxian robots.

Huawei also revealed its ambitions in public: it hopes to quickly develop a 100-line lidar in a short period of time. In the future, it is planned to reduce the cost of lidar to US$200 or even US$100.

Not long ago, Great Wall Motor announced that its WEY brand SUV models will be equipped with Ibeo's newly developed ibeoNEXT solid-state lidar.

The commercialization process of lidar is slowly unfolding.

Those companies that have experienced the downturn of the autonomous driving industry in 2019, and have survived the new crown epidemic in 2020, will burst out with stronger vitality in the future.