The appointment is effective immediately, and Laurent Claquin will continue to be a director of the group General Manager Jean-Francois Palus reports. Laurent also retains the position of president of Kering Group America. Tomas Maier recently opened its first menswear flagship store and plans to cooperate with Farfetch to restart the e-commerce business. 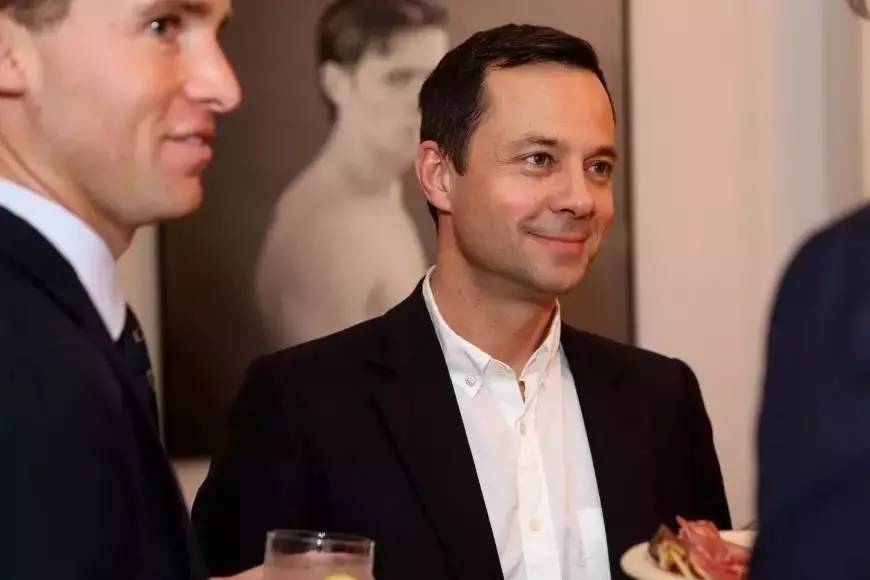 Change job to Breitling as CEO

Breitling announced publicly that Georges Kern, the former executive director and head of watchmaking department of Richemont, who left last Friday, joined the Swiss watchmaker as CEO. The private screen fund CVC acquired an 80% stake in Breitling for 800 million euros in April this year. 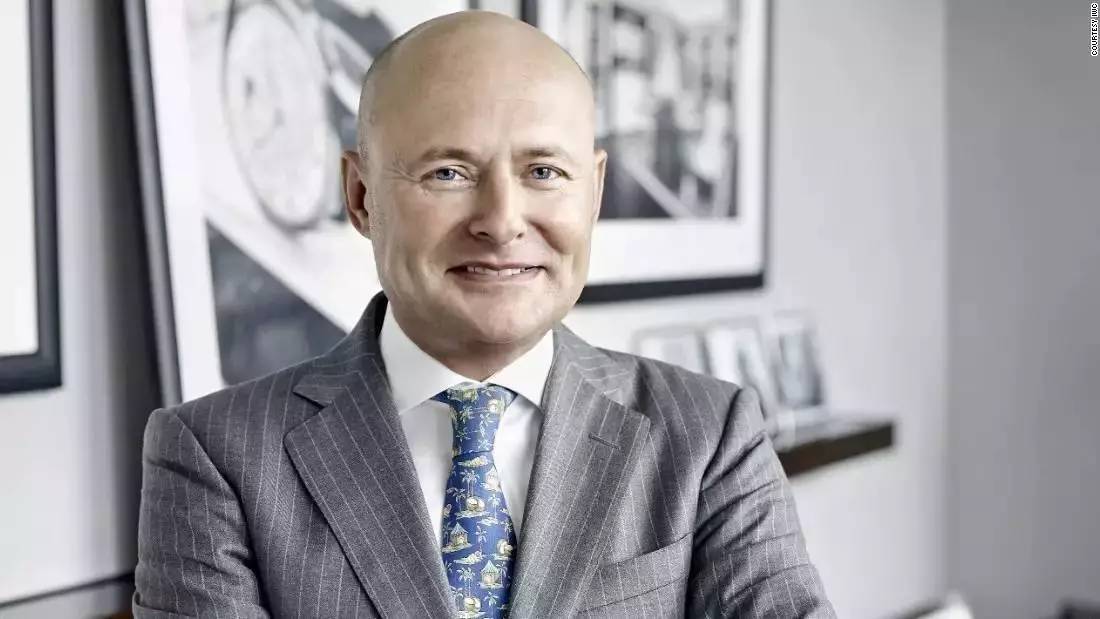 is the executive vice president of global human resources

Monique Matheson will be mainly responsible for 12 major cities including New York, Los Angeles and Shanghai, and will report to Nike CEO Mark Parker. Monique has joined the Nike Group for 19 years and has served as the vice president of human resources and senior business partner in North America, responsible for managing the product design department of the footwear, apparel and equipment departments. 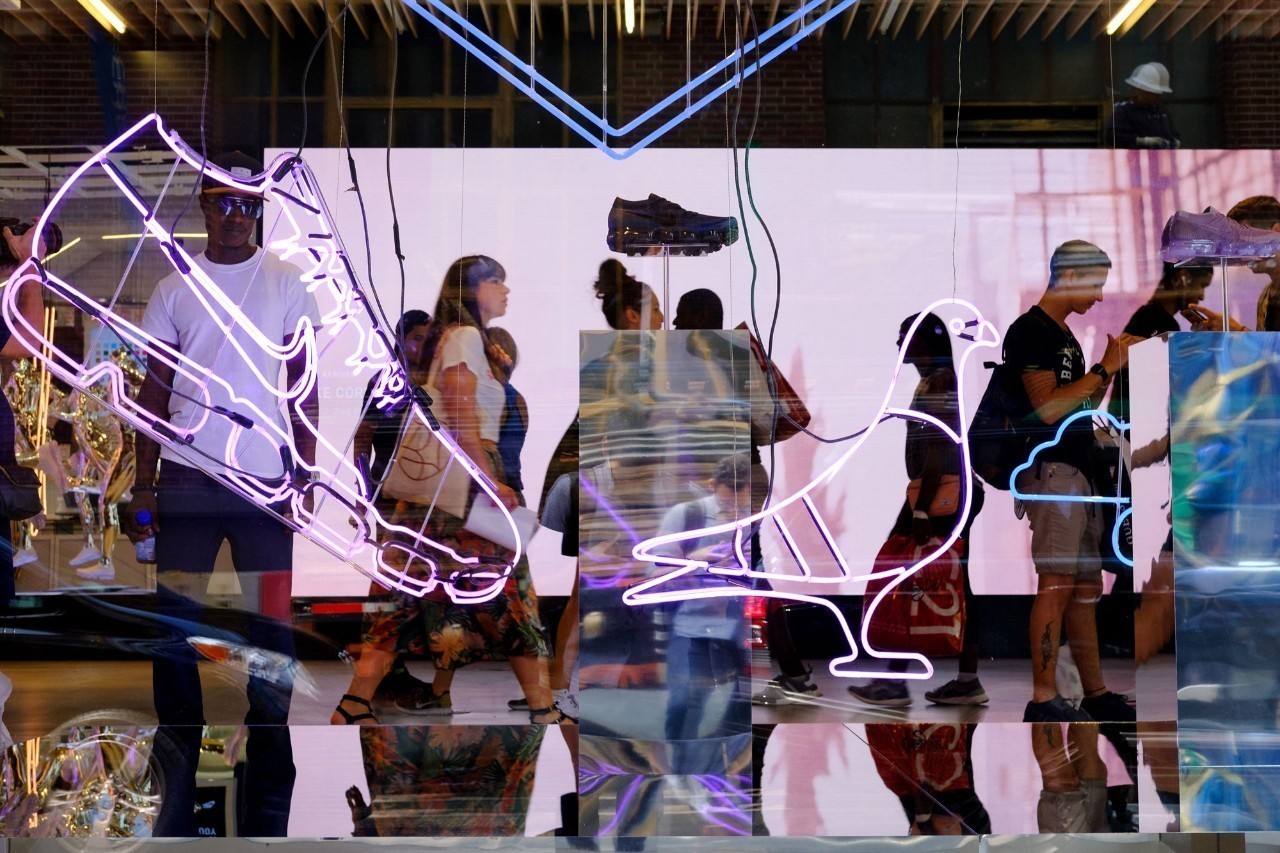 Tod's The group announced that the two design directors of its brand Fay, TommasoA and Roberto Rimondi, will not renew their contracts after the end of the six-year contract. The last series they are responsible for is the 2018 spring and summer series, which will be released in January next year. The new designer candidates are to be determined. 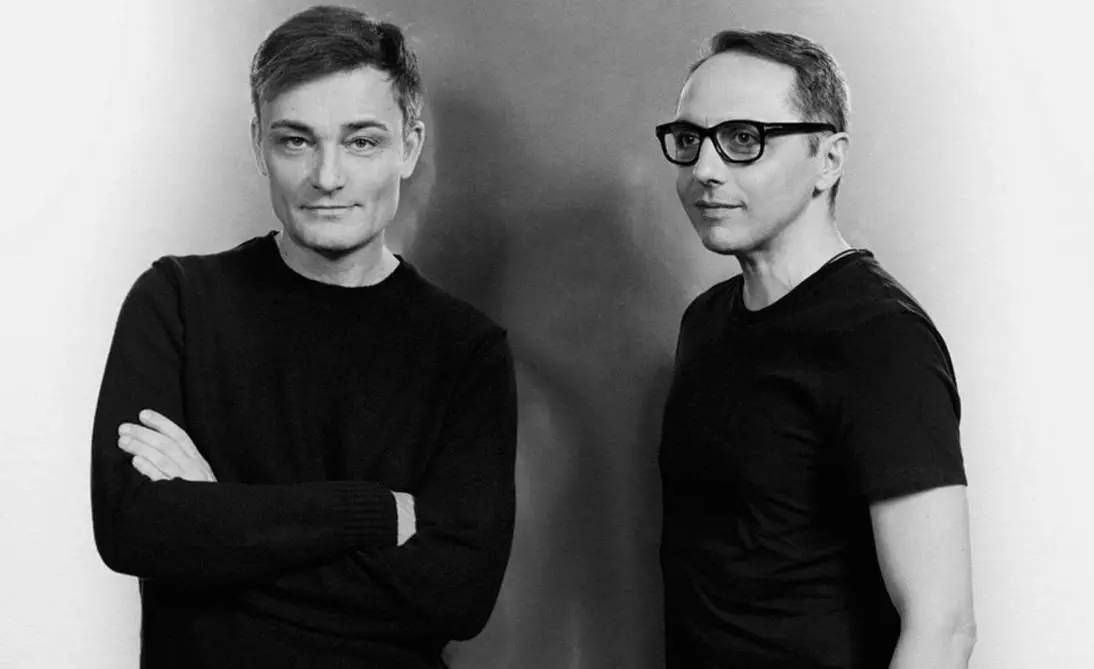 Anna Wintour no longer serves as

Because The schedule is too busy, the editor in chief of the American version of "Vogue" and the artistic director of Condé Nast Group Anna Wintour will no longer serve as a judge of the American Fashion Association (CFDA) and Vogue Fashion Fund. In addition, Nicole Phelps, project director of Vogue Runway, and Eva Chen, head of Instagram fashion collaboration, will be judges of the CFDA/Vogue Fashion Fund. 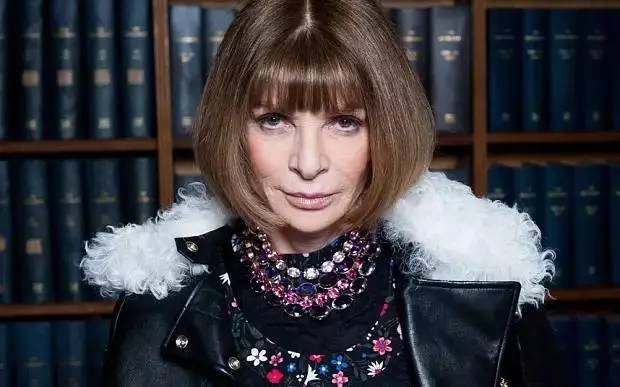 As a fashion creative director 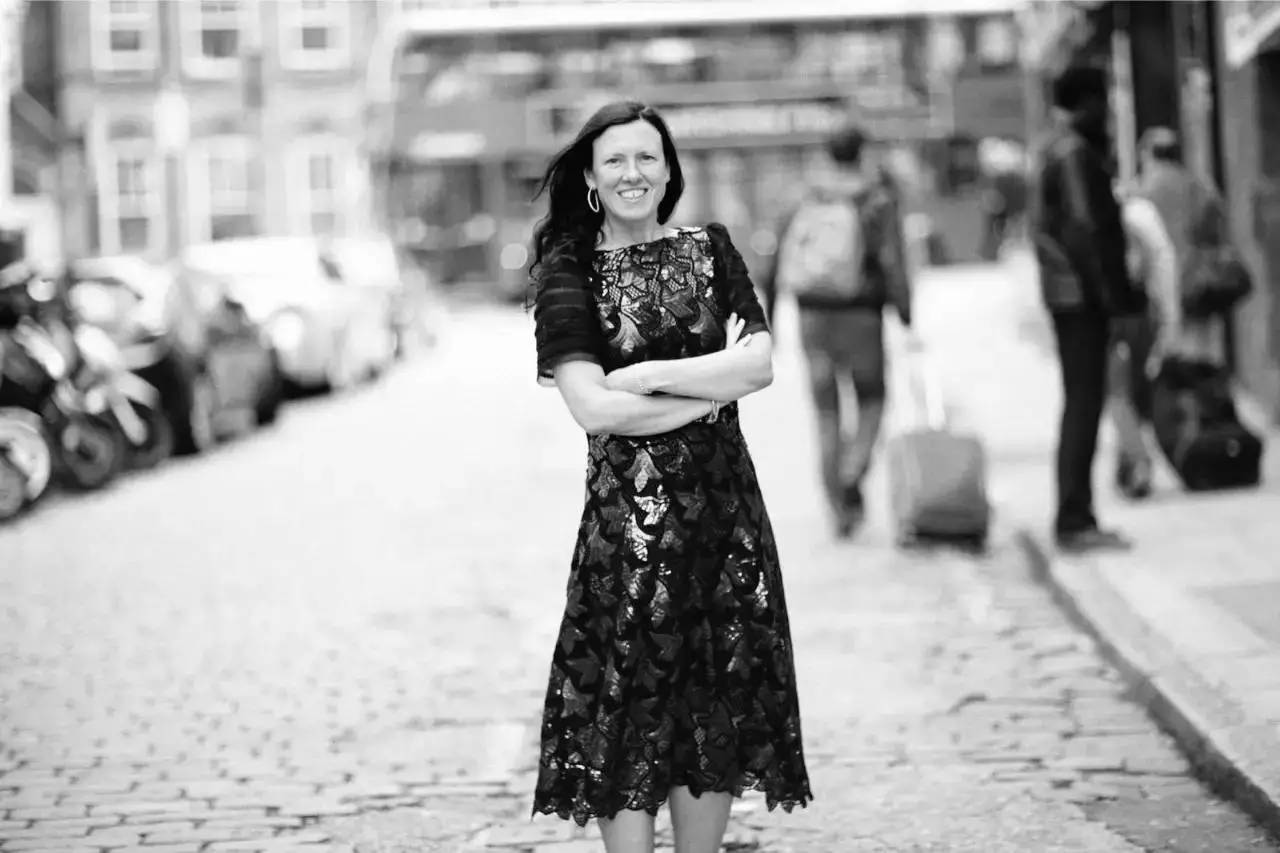 French luxury brand Louis Vuitton officially launched its online shopping service on its official website in China this week. Consumers can purchase a limited number of leather products on this platform, and a wider range of products are temporarily only available for telephone reservations. Except for the lack of price advantage, the platform only provides online shopping services in 12 cities including Beijing and Shanghai. 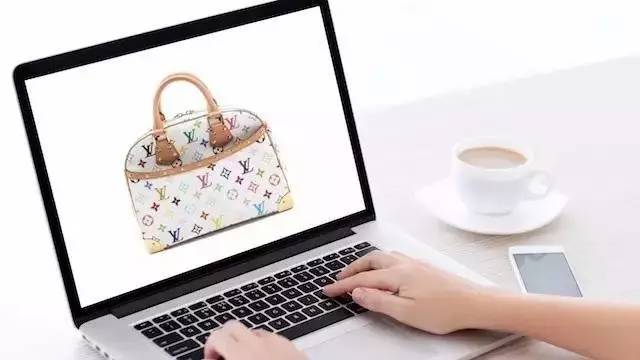 Dior is listed in the world's top 500 strong> 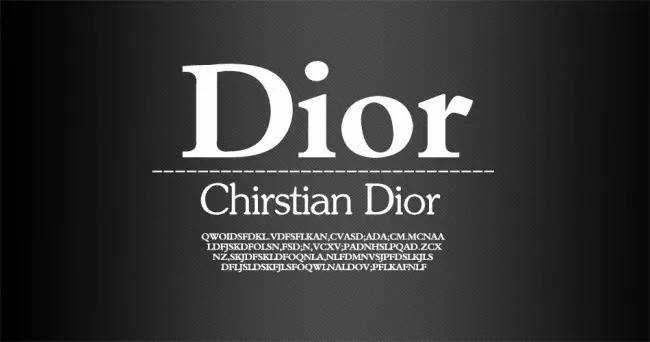 Armani official Weibo has officially announced that Li Yifeng is the brand new image spokesperson for ArmaniExchange China and the Asia-Pacific region. Some analysts pointed out that KOL, a key opinion leader in China, has taken the lead in other countries in the world and has taken the lead in becoming a real media carrier, which will gain the attention of more and more luxury brands. 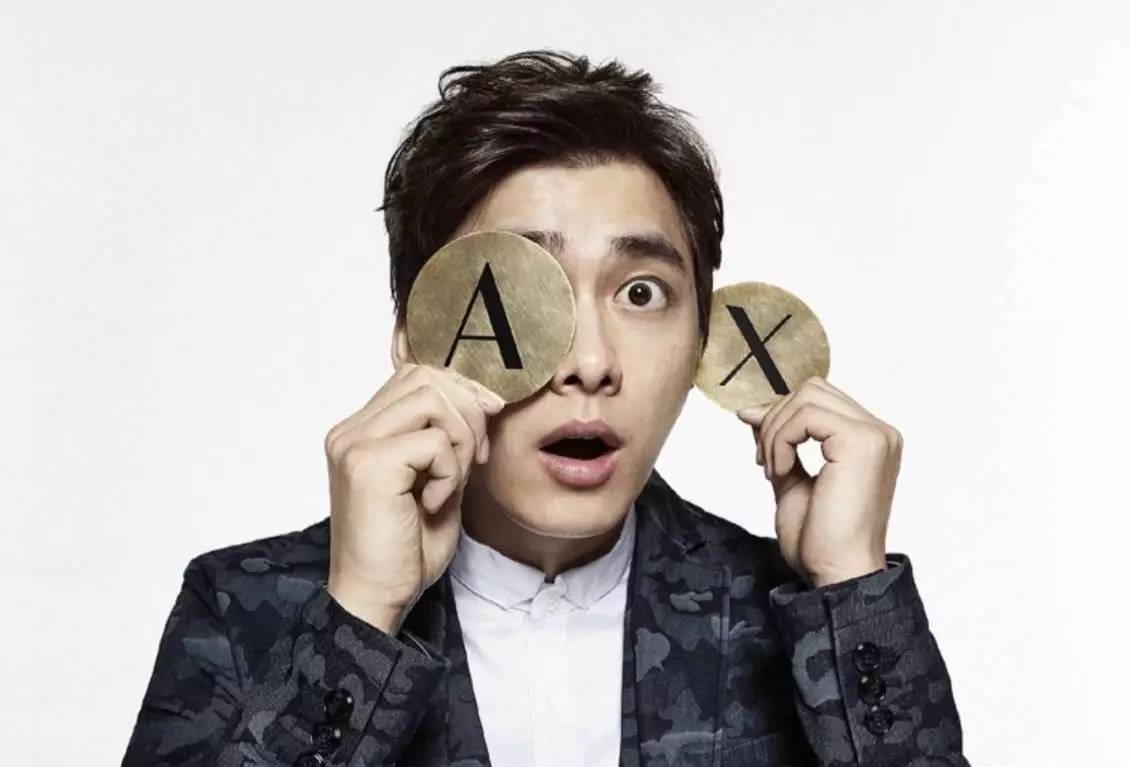 Fashion blogger gogoboi's own e-commerce platform "Not Big Selection" will exclusively sell Givenchy's new series of Duetto handbags online this week, priced at 7,490 yuan, the same price as offline stores. Analysis shows that fashion bloggers' online stores may be another new battlefield for innovative marketing and trading of luxury brands. 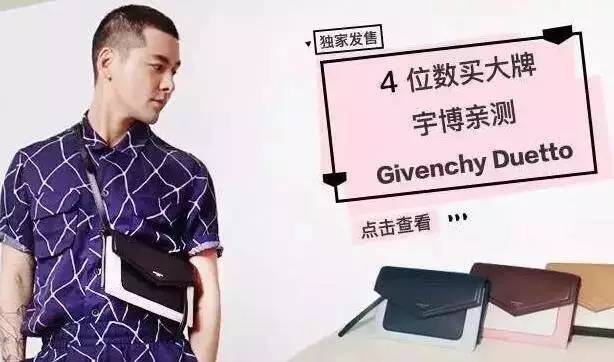 Prada will be opened at Galeries Lafayette in Paris

From July 31st to August 20th, Italian luxury brand Prada contracted 11 windows on the first floor of Galeries Lafayette in Paris. New products are displayed, and a limited time store for men's and women's clothing is set up on the ground floor of the mall. The brand hopes to awaken consumers' freshness to the brand and stimulate sales growth.

Gucci It is expected that Gucci Place will be launched this fall. It will use the themes and brand culture behind a series of Gucci designs as clues to explore the landscape of various places and achieve the purpose of advertising and marketing. The first location currently announced is the Chatsworth Estate in the UK where Gucci's 2017 early spring series of advertising still photos were taken. 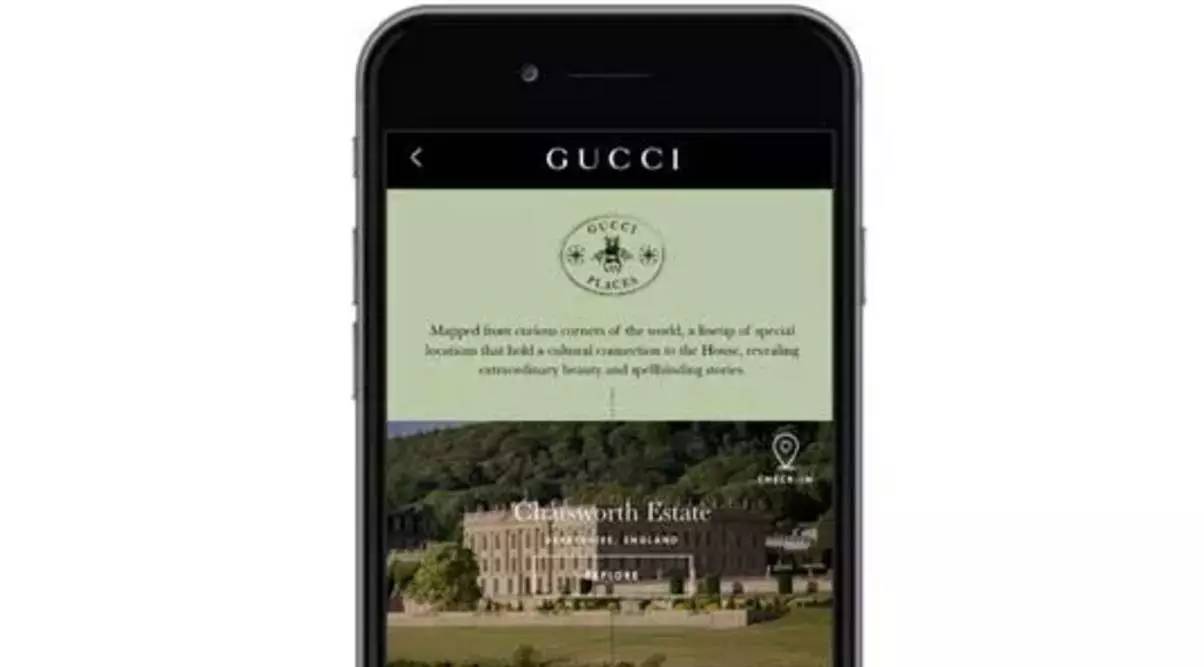 Burberry, a British luxury brand, has agreed to pay US$2.54 million to settle a class labor lawsuit filed in New York District Court in December 2016 represented by employee Malik Payano . The cause of this lawsuit was that the brand often required the relevant employees to work overtime but failed to pay the employees overtime as required.

Fendi will further expand its business in the U.S. 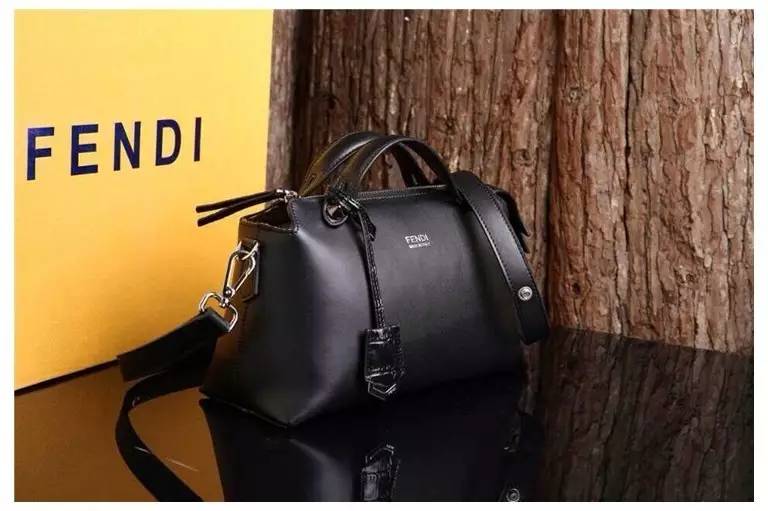 MK, Coach, and Hony Capital all stand together

Targeting the new women's clothing business in the Russian market 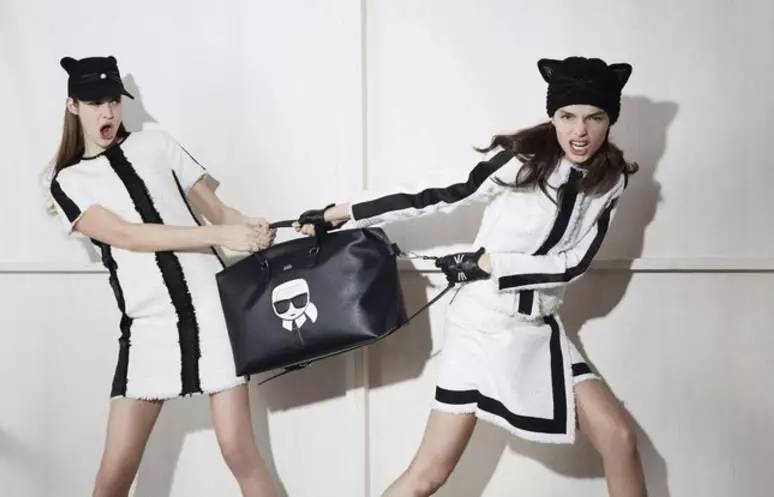 Will enter the mainland market through Tmall

Grana announced that it will enter the mainland market through the Tmall platform, and will provide various services such as customized size details. Last year, the brand received a $10 million investment led by Alibaba. The brand aims to provide young consumers with "basic wardrobe essential items for top fabrics", and directly cooperates with fabric suppliers to design and produce by themselves to reduce intermediate costs. 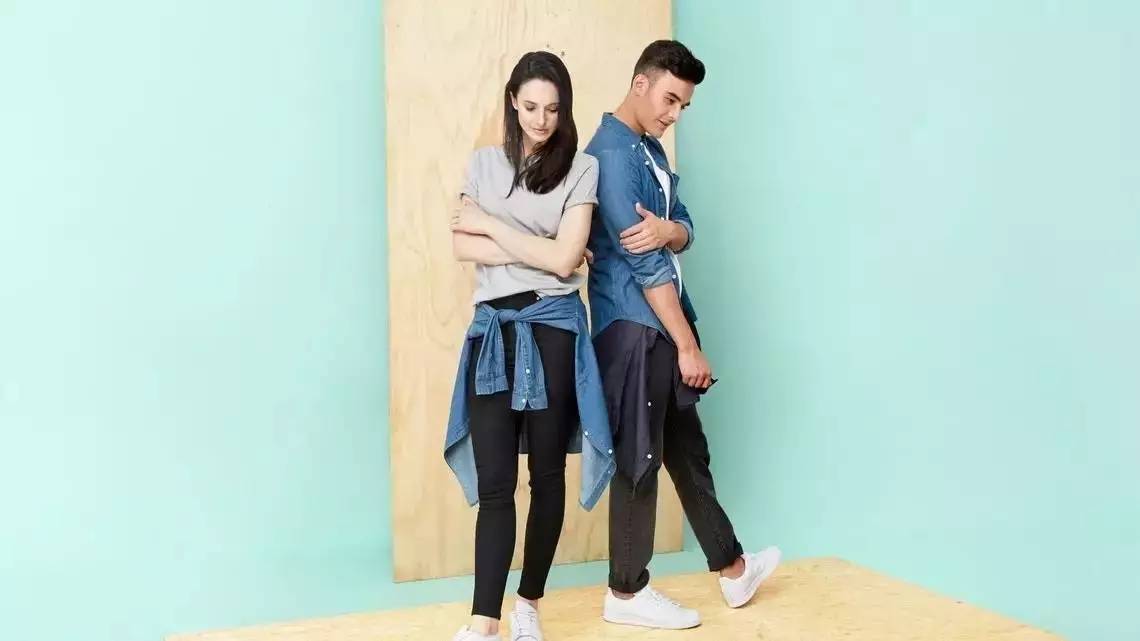 British fast fashion brand Quiz issued a statement stating that it will trade for an IPO on the London Stock Exchange at the end of the month. It plans to raise 102.7 million pounds, at a price of about 1.61 pounds per share, and the stock code is QUIZ. It is reported that the brand will use the 100 million pounds obtained to further expand its business in Europe, Asia and the United States to stimulate sales growth.

The sneaker trend culture and e-commerce website, and the Hong Kong listed company Hypebeast will launch the children's clothing vertical channel Hypekids. Kids Foot Locker will be the sponsor of the channel, and its content will include trend news and a series of stories about designers and their children. Its e-commerce platform HBX will also launch more children's clothing and shoes products.

The second quarter financial data of sports brand Puma shows brand sales A year-on-year increase of 16%. Sales in 2017 are expected to increase by 12% to 14%, which is higher than the previous low-digit growth target. Therefore, the group plans to raise its full-year forecast. After the news was released, Puma shares rose 6.09%. 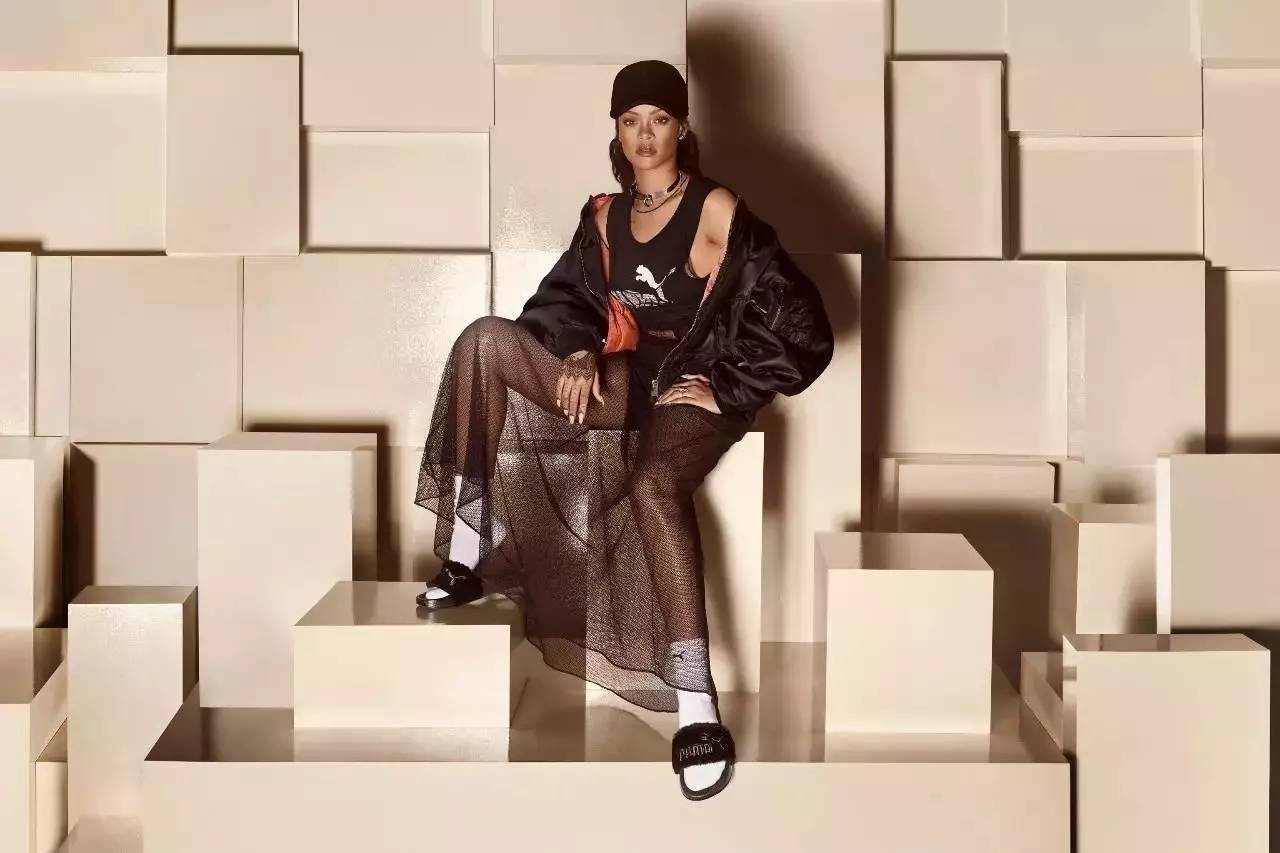 At the brand upgrade conference, Metersbonwe announced that its core brand, Metersbonwe, will change from a single casual style to five major styles. Including NEWear, HYSTYL, Novachic, MTEE and ASELF, and hired Guan Xiaotong and other 5 popular celebrities born in the 1990s as spokespersons to reshape the brand image to meet the needs of millennial consumers. 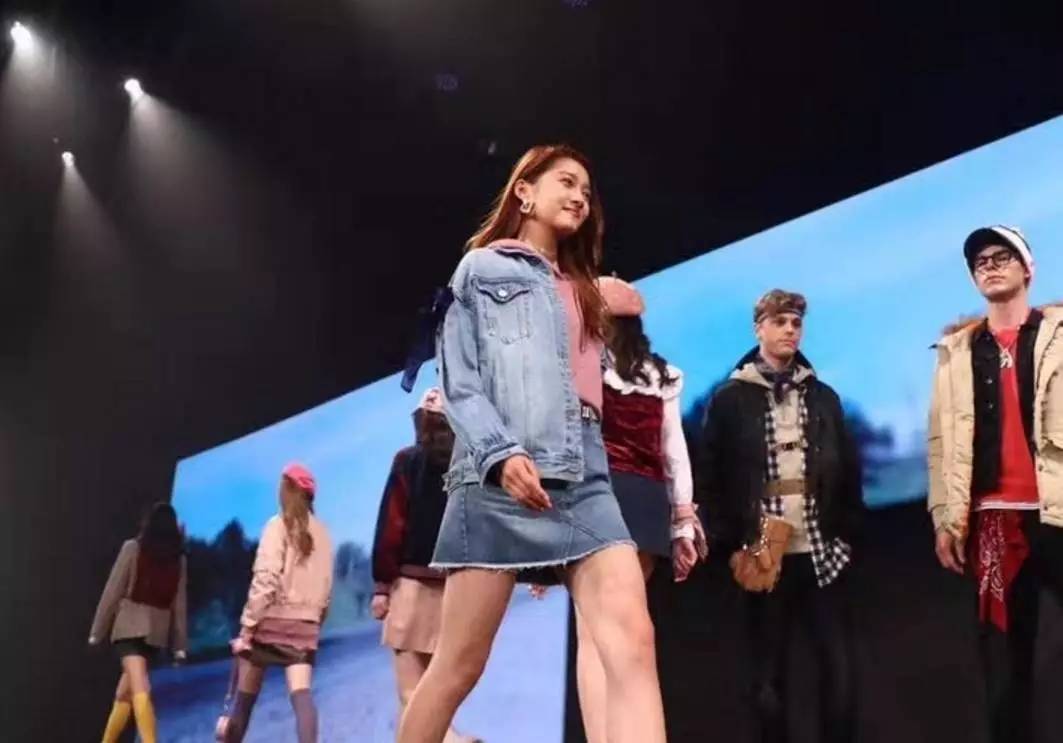 To expand the scale of consumers

Tiffany & Co. Team up with Coty to launch perfume

American jeweler Tiffany & Co. will cooperate with perfume giant Coty Group to launch its first new fragrance in fifteen years to help Tiffany & Co. establish its position in the field of fragrance and beauty. This is the first time Tiffany & Co. perfume has cooperated with a retail partner for a large-scale global sale. The new fragrance will be on sale in key flagship stores in the United States on August 1, and will be available globally on October 1.

70 stores will be added in the Mainland

Chow Tai Fook Group expects to continue to maintain positive growth this year. This is mainly due to the strategic adjustment of the number of stores by Chow Tai Fook, reducing the number of shops in tourist areas with little traffic, and increasing the flow of other shops. Although the market tends to be electronic in the future, the brand is still optimistic about the sales status of physical stores. It is expected that about 70 stores will be added in the mainland this year. 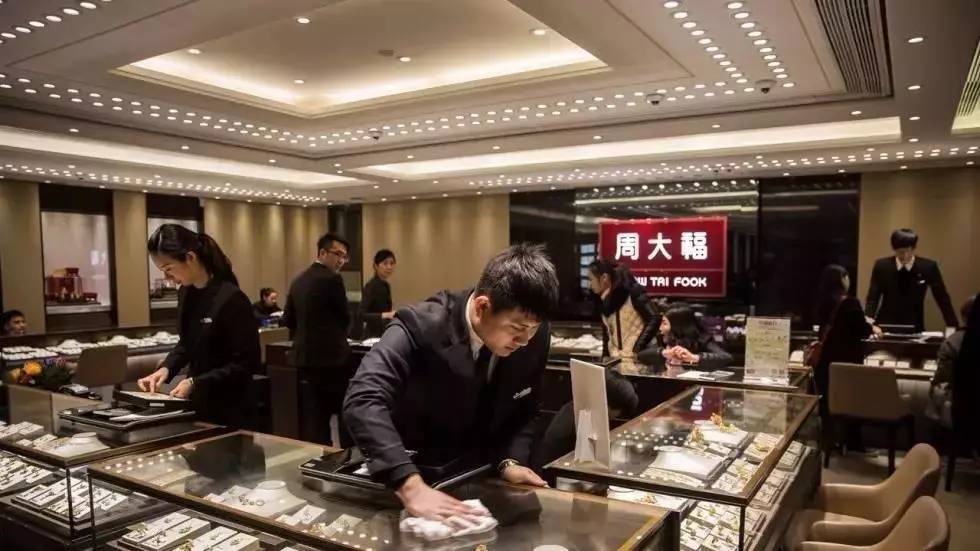 The world’s largest watch manufacturer Swiss Swatch Group’s financial report for the first half of the year showed that the group’s net profit increased by 7.6% year-on-year and sales fell by 0.3%. The Group maintains an optimistic and cautious attitude towards the current fiscal year, and will add 100 to 120 stores within the next year. In addition, in order to cater to the consumption habits of Chinese millennial consumers, the brand has partnered with China UnionPay to release its second-generation contactless payment watch. 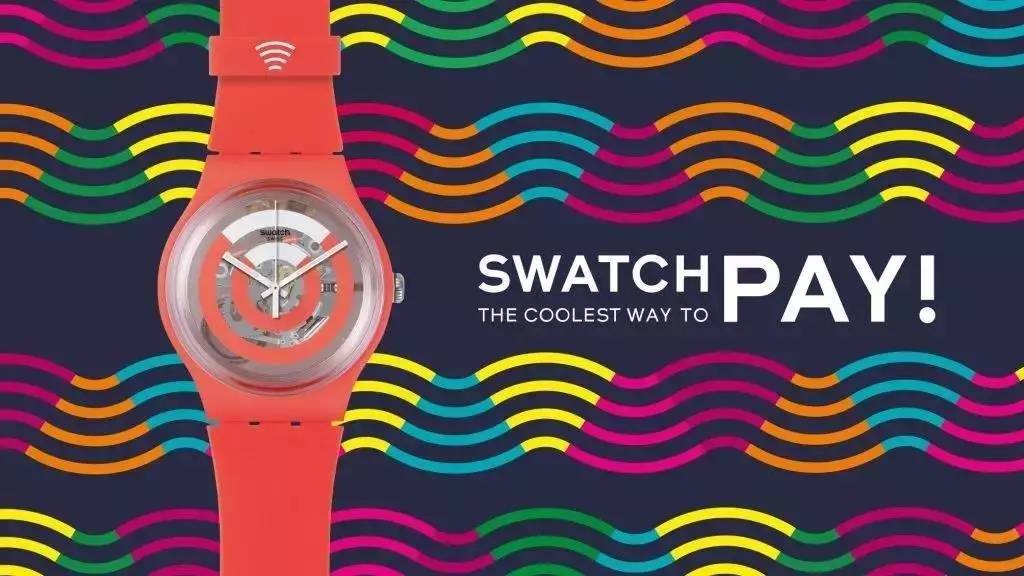 The State Council released China’s economic data for the first half of the year, my country’s second quarter GDP increased by 6.9% year-on-year. In the first half of the year, national online retail sales increased by 33.4% year-on-year, of which online retail sales of physical goods increased by 28.6%. Relevant departments stated: China’s economy is facing internal and external uncertainties, and there are still many unstable factors; in the next stage, we will moderately expand aggregate demand, rationally guide social expectations, and strive to achieve the annual economic development goal. 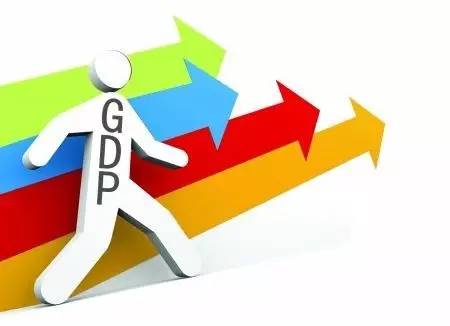 It is rumored that the merger of JD.com and Vipshop denies refuting rumors. span>

The day before yesterday, domestic media reported that JD.com was secretly negotiating the acquisition with Vipshop, and it had already reached a substantive stage. After the news came out, the market staff of Jingdong Group stated that the news was untrue, and Huang Hongying, vice president of Vipshop, had also publicly denied the rumor.

The training department of French luxury goods group LVMH-Institute of Excellence (IME) ) For the first time, it cooperated with Polimoda, the Italian Fashion Institute, to jointly launch training courses for cultivating leather craftsmen. The course will be studied in the design laboratory of Polimoda and the Pucci Palace at IME headquarters, and field operation experience will be gained in the fashion house under the LVMH Group.

Stella McCartney chooses a junkyard to shoot a blockbuster

United Kingdom Designer brand Stella McCartney's 2017 Autumn/Winter blockbuster chose a landfill site on the east coast of Scotland, and the model stood directly in front of the garbage dump to take pictures. The main purpose of designer Stella McCartney is to promote the brand's environmental protection concept. 53% of the brand's women's clothing are made of renewable and environmentally friendly materials.

Edited and written by FI Chinese. Please contact the background for authorization for reprinting.

1 Buying sneakers is like buying stocks
2 A powerful tool for stock trading, the ultra-wide field of view monitor allows you to easily become a billionaire! _ Monitor _ What is worth buying
3 What happened in the global and domestic fashion industry in the past week?
4 Hermes designed Yang Mi to endorse, why is Bosideng so earthy? _ Moncler
5 Which Xiaomi watch color and Huami watch gtr are more worth buying?
6 Milan Fashion Week returning to the golden age
7 Fashion Weekly|Christian Dior is listed in the world's top 500; Tiffany & Co. releases new perfume after 15 years
8 What is the general level of popular aesthetics in Russia today?
9 Russian "Easter Eggs" can be said to be a lovely stream in the jewelry industry _ Jewelry _ What is worth buying
10 Four seasons colors, beautiful China! Founder Ivy was invited to CCTV for an exclusive interview!