Wang Shi's rescue of the BGI gene that was "smashed up" by Wang Jian?

As the saying goes, life is rare in the past seventy years. It is not difficult to imagine that Wang Shi, who is 67 years old this year, inevitably has a longevity dream in his heart. We know that it is not uncommon for business leaders to be keen on health preservation.

We still don’t know whether Wang Shi will live to be 100 years old after joining BGI, but his boost to BGI’s share price is immediate: on August 6, BGI’s share price opened sharply. 7%. For BGI, which has been plagued by negative news and its stock price has plummeted in recent months, Wang Shi is no less a "great man from heaven."

However, as an enterprise based on scientific research, BGI wants to rejuvenate the company's image and business, it is obviously not enough to rely on the personal charm of a leader.

Wang Shi joined BGI for a long time. In August last year, when Wang Jian first responded to the rumor that Wang Shi might be the co-chairman of BGI Gene, he said: "He has nothing to do in his spare time. How good would he come to work for us." At that time, it was not long before Wang Shi stepped down as the chairman of Vanke. He is still an independent director of the first board of directors of BGI.

In January this year, BGI announced that Wang Shi had applied for resignation as an independent director of the company due to personal reasons. It is generally believed that this is paving the way for Wang Shi to become co-chairman. Therefore, when the dust settled two days ago, although it caused great concern, it did not particularly surprise people.

Wang Shi chose Huada, his personal relationship with Wang Jian is undoubtedly a crucial consideration. He once described the relationship between the two as "the friendship between successful men": mutual respect, mutual trust, mutual support, mutual jealousy, and mutual dissatisfaction. Out of respect, trust and support for Wang Jian, as well as recognition of BGI, Wang Shi will decisively lend a helping hand when BGI is in trouble.

Wang Shi and Wang Jian have known each other for many years, and they are both mountaineering enthusiasts. "Two people are so good to wear a pair of pants" (Wang Shiyu). Therefore, the brothers are in trouble, and it is incumbent on both sides to cut the knife. Moreover, this is not the first time Wang Shi has bothered for Huada.

In 2007, under Wang Shi’s suggestion, Wang Jiancai Determined to move BGI from Beijing to Shenzhen; in 2012, it was with the help of Wang Shi that BGI received its first venture capital more than ten years after its establishment.

Jealousy and dissatisfaction may also be one of the motivations for Wang Shi to join BGI.

In July 2017, Huada went public, and subsequently, there were 19 consecutive daily daily limits, and the market value exceeded 100 billion yuan. Wang Jian was in the limelight for a while.

Climbers are always unwilling to be ordinary, and like to challenge peaks and dangerous peaks, especially when there are peers to compare. Not long before Huada went public, the "Baowan War" ended and Wang Shi left Vanke, which he founded. Although he did not leave the market sadly, he would inevitably be lonely.

Now, there is an opportunity to lead the unicorn that fell to the top of the altar back to the top and re-prove his worth. This is an irresistible temptation for Wang Shi, who loves challenges. Of course, Wang Shi may have some selfish considerations for joining the genetic research "unicorn".

As everyone knows, Wang Shi is an outdoor sports madman. However, as he got older, Wang Shi had to give up some difficult activities. Birth, old age, sickness and death is a natural law that humans cannot resist, but genetic research has provided a glimmer of hope for changing some human "parameters."

Although technology cannot reverse time and achieve eternal youth, it is still possible to stay radiant and vigorous. If you join a gene research giant, if you can promote the development of science and technology, you can also benefit from it. It is also a wonderful thing to win the favor of Miss Tian, ​​who values ​​her beauty, and to extend the time with her two-night stay. 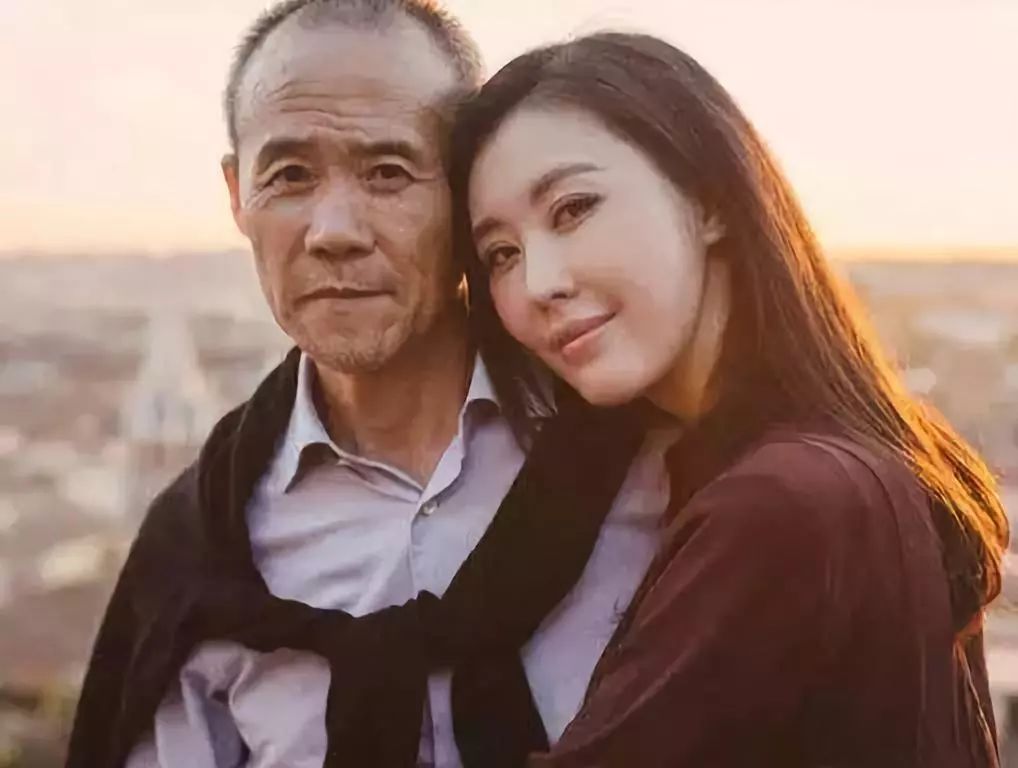 From the perspective of BGI, there is an urgent need for The leader of Zhenzhen company. Wang Jian earned the nickname "bandit" because of his hard work, but what he needs to manage the enterprise is a modern concept and system, not a "bandit" that is always criticized.

Wang Jian himself is aware of this. Therefore, in an interview last year, he admitted that BGI has many shortcomings in daily management, business development, and social capabilities. The good brother Wang Shi happens to be a business veteran who has rich management and capital operation experience and is good at shaping the public image. The announcement issued by BGI on August 5 emphasized that after Wang Shi joined, he will give full play to his rich experience and outstanding ability in management, system construction, and business operations to assist Chairman Wang Jian in the management of BGI Group. .

2. Can Wang Shi lead BGI out of the predicament?

Wang Shi joined BGI to welcome him in addition to Wang Jian’s good brotherhood and the plight of BGI genes.

This is the mission Wang Jian formulated for BGI.

Genetic research is the foundation of BGI's safety and destiny. The destiny of an enterprise depends on the personal struggle of the manager as well as the historical process. The current environment is actually very favorable to Huada.

In December 2016, the State Council issued the "13th Five-Year" strategic emerging industry development plan, proposing to vigorously develop the application of genomics and related technologies in the medical field.

As a leading company in China's genetic research, BGI, with the support of national policies, should have a lot to do. The popularity of it after listing also shows that the market is optimistic about its prospects. However, BGI gradually got into trouble. 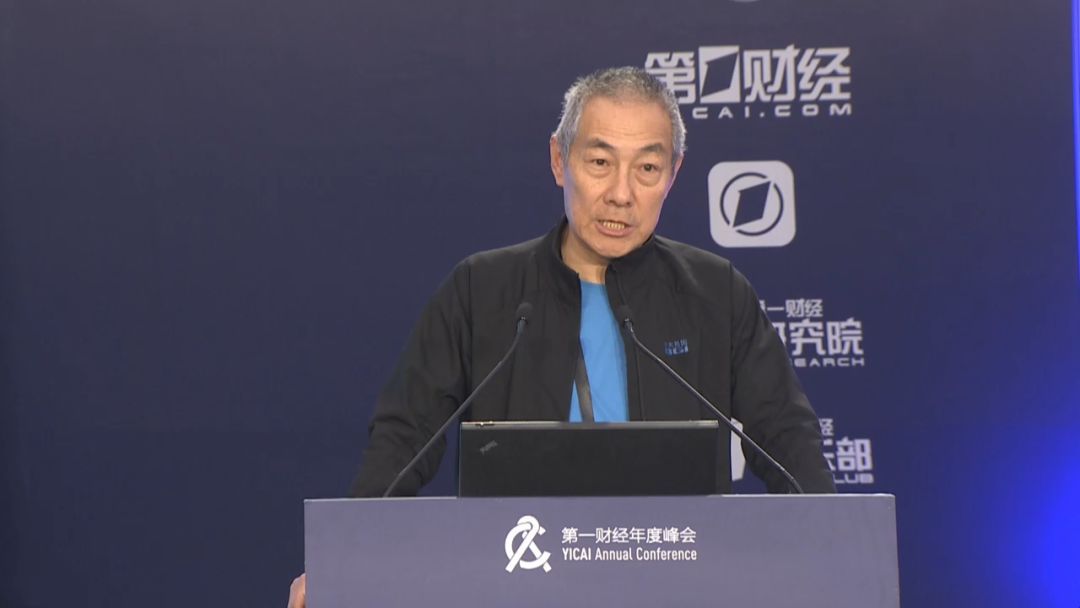 Wang Jian’s biggest problem is It seems to forget that genetic technology is a serious scientific research. In China, as long as the science is connected with human health, it will inevitably change its flavor and develop into health-preserving metaphysics. Gene Technology is no exception.

"I know my genes, and my health is in charge", "A few genetic diseases can be eliminated, and life can be prolonged." Wang Jian turned genetic research into a simple and rude health slogan.

Although easy-to-understand explanations are helpful to the promotion of genetic science, over-extending the goals and achievements of current genetic research can easily lead to misunderstandings and unrealistic expectations of the public.

In order to promote, Wang Jian packaged genetic testing into a means of changing fate that more caters to the public’s psychology. It is essentially no different from those "Qigong masters" who used to be mystery. Fudge ordinary people. The consequence of the lack of reverence for science is that BGI ignores technology and R&D. One point that BGI Gene has been questioned recently is that its R&D expenses do not account for a high proportion. Although input is not necessarily proportional to output, in the field of scientific research, low input necessarily means low output. Moreover, BGI admits that some researchers are not well-educated. In short, it is difficult to guarantee its scientific research capabilities.

Therefore, it is not surprising that BGI's non-invasive prenatal screening business has misled doctors to make judgments about pregnant women. The incident shows that BGI's own technology is still immature and has major flaws. Not only did BGI fail to inform the public truthfully, it even had the suspicion of exaggerating its technical reliability before being exposed to the problem.

This is not only reminiscent of Theranos, a former star in the genetic testing industry in the United States. Theranos, founded by Elizabeth Holmes, a genius and beautiful girl from Stanford, has won Silicon Valley's favor because it claims to provide efficient and inexpensive blood tests. However, the company was exposed to a scandal of poor technology and false test results, and ultimately discredited and paid a high economic price. 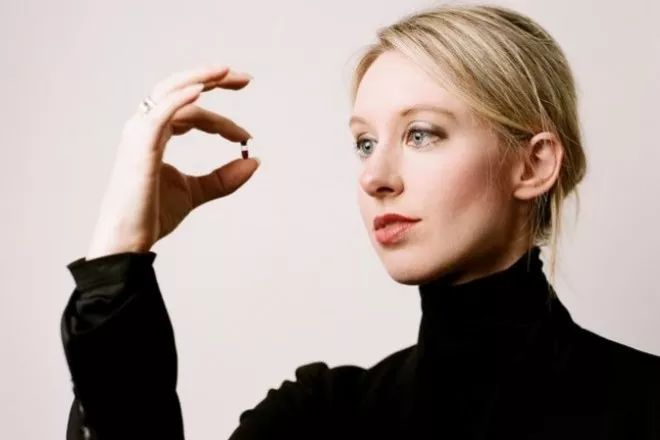 Wang Shi joined BGI, the first thing that should be changed is BGI’s impetuous mentality of forgetting the original intention, so that BGI can return to serious scientific research and avoid going Go astray on Theranos. However, what is worrying is that Wang Shi not only failed to lead BGI back to the path of science, but might even lead BGI to real estate.

The previous real-name report broke the news that Wang Jian and former Vanke chairman Wang Shi “deceived the ground and built a building, and the empty glove white wolf cheated the officials in the second, third, and fourth-tier cities. State-owned Assets".

At this time, when Wang Shi joined BGI, the suspicion of defrauding land resources was not only difficult to wash away, but it also exacerbated the rumors that BGI intends to enter the real estate market. How to deal with relevant queries will be one of the biggest challenges for Wang Shi after joining BGI.

In addition, although BGI is still the “big brother” of Chinese genetic research, its dominance is not unbreakable.

"The Wall Street Journal" reported on August 6 that an experimental gene therapy developed by a little-known Chinese start-up company has relieved the condition of malignant blood cancer patients in China.

This start-up company named Nanjing Legend Biotechnology Co., Ltd. received a US$350 million investment from Johnson & Johnson, and the two will jointly develop and promote this therapy globally. In May, the U.S. Food and Drug Administration (FDA) approved this therapy for clinical trials. This is the first case of gene therapy developed in China.

BGI has already encountered powerful challenges from latecomers in its industry. Under such circumstances, whether Wang Shi can help Wang Jian recognize the essence of Tsinghua’s big problem, renew his efforts in genetic research, dispel doubts, and get out of the predicament still needs time to verify.

*The source network of this article, the copyright of the article belongs to Heishacaijing, and shall not be reproduced without authorization.