China is currently the world’s most populous country. According to statistics, the population of 60 years and over reached 222 million in 2015, accounting for 16.15% of the total population. It is estimated that by 2020, the elderly population will reach 248 million, and the aging level will reach 17.17%, of which 30.67 million will reach 30.67 million of those over 80 years old. By 2025, the population over 60 years old will reach 300 million, making it a super-aged country. Taking into account the intensification of family planning work in the late 1970s, it is estimated that the aging process of our country's population will reach its peak by 2040. The huge population base and fast-growing aging population have brought about a continuous increase in the demand for medical services. The national medical and health care is closely related to the national strategy and has received the focus of successive governments. 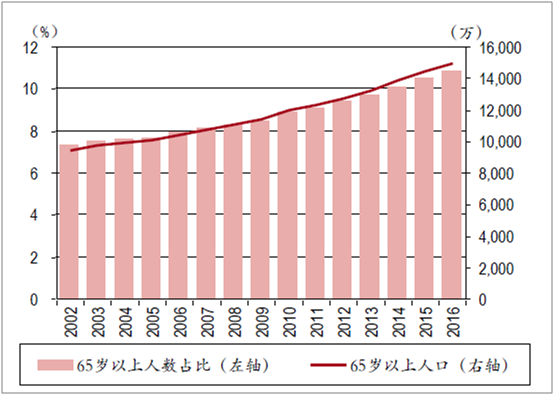 1. In November 2012, the report of the 18th National Congress of the Communist Party of China proposed to focus on promoting the comprehensive reform of medical security, medical services, public health, drug supply, and regulatory systems; improve the universal medical insurance system; deepen the reform of public hospitals and encourage the society to run medical care.

2. On September 28, 2013, the State Council issued the "Several Opinions on Promoting the Development of the Health Service Industry", in which it formulated vigorously develop medical services, accelerate the development of health care services, actively develop health insurance, Major tasks such as comprehensive development of traditional Chinese medicine medical and health care services and cultivating supporting industries related to the health service industry.

3. On June 24, 2016, the General Office of the State Council issued the "Guiding Opinions on Promoting and Regulating the Application and Development of Health and Medical Big Data", proposing to accelerate the construction of a unified, authoritative, interconnected population health information platform, and foster 14 key tasks and projects such as the new business format of big data application in health care.

From the relevant health and medical industry policies issued by the country in the past few years, we can not only see the government's determination to develop the health and medical industry. From the perspective of the overall development space of the industry, China's health industry currently accounts for less than 5% of GDP. Compared with the ratio of more than 10% in developed countries, the gap is still large.

1. The growth of industry demand promotes the rapid development of the entire medical service industry

my country is the most populous country in the world. Although the natural population growth rate has been declining year by year due to factors such as past family planning policies, the total population continues to rise. The demand for medical services in my country continues to be released and personal health expenditures continue to rise. In 2014, my country's personal health expenditure reached 1.129541 billion yuan, compared with 26.701 billion yuan in 1990, with an average annual compound growth rate of 16.89%.

Although the supply of medical service resources in my country is increasing year by year, the total medical resources are still insufficient. From an international comparison, although our country’s healthThe total cost continues to increase, but its proportion of GDP has been relatively low, and the total health cost is insufficient. my country's total health expenditure as a percentage of GDP has always been maintained at about 4%-6%. In 2014, this ratio was only 5.55%, which is much lower than that of developed economies. 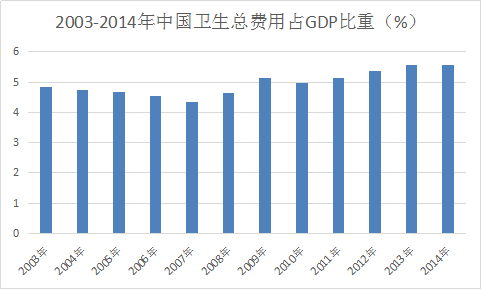 In the next 5 years, there will be a huge amount of medical resource construction, medical information construction, and medical big data centered on hierarchical diagnosis and treatment Investment opportunities. The government clearly proposes to increase the market size of the medical service industry from 2 trillion yuan to 8 trillion yuan, which means that it will increase by more than 20% every year. Industry insiders predict that by 2020, the health industry brought about by "Healthy China" The investment scale is expected to reach the level of 10 trillion yuan. Following the "mechanization era", "computer era" and "information network era", the "health care era" has arrived, and the health industry will become the global "fifth wave of wealth". The industry has huge room for growth.

Weining Health: Mainly engaged in medical software research and development, sales and technical services, and provide overall solutions for the informatization of the medical and health industry;