05 The four spirits defend the law and heaven

09 Xuan Kong Interprets the Rise and Fall of Fortune 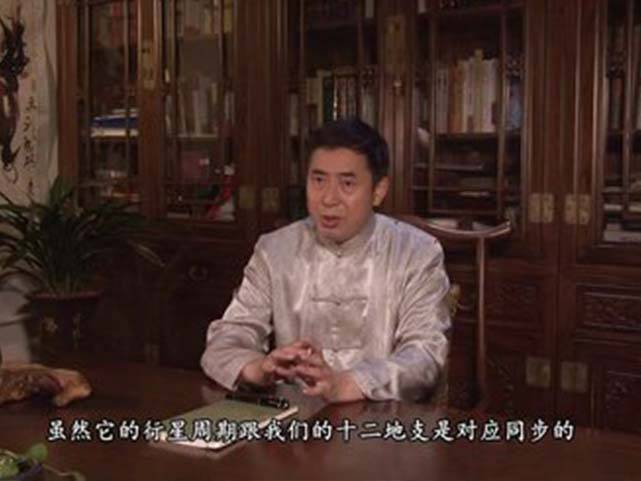 In 2009, Liang Dong and Zhang Yizhi, host of the Guoxuetang column of China National Radio The teacher jointly completed a dialogue program "The Principles of Celestial Phenomenon and Feng Shui", with a total of 10 lectures. In the way of dialogue between Liang Dong and Zhang Yizhi, the relationship between Feng Shui and the principles of astronomy is described. This lecture expands on the sixty-four hexagrams based on the theory of Feng Shui, and the timing cases of related arithmetic methods, which are very helpful for beginners and those who have the basics.

"The Book of Changes" is the source of Chinese culture and the foundation of the entire Eastern culture .

"The Book of Changes" is broad and profound, and is called "the head of the group scriptures" and "the source of the great avenue".

"The Book of Changes" is a wonderful book in my country, which is obtained from the observation of nature by ancient sages. The Book of Changes is the crystallization of the wisdom of Chinese civilization. It is known as the head of the Six Confucian Classics. It is the most profound, widest, and longest thought and wisdom book for later generations.

From Fuxi's first painting to open up the sky, take images and gossip, Zhou Wenwang played the hexagrams, compose hexagrams and line speeches, written by Confucius "The Book of Changes", after thousands of years of wind and rain, created the end of Chinese civilization.

2. Talking about oriental culture in a vertical and horizontal direction

3. Analysis of the Sixty-Four Hexagrams

The sutras of "Zhouyi" are subtle and profound, but they are unintelligible. The vastness, the subtlety, the precise grasp and understanding of the relationship of all things, the unique language expression and the ambiguity of concepts, and the multi-meaning of words, add to the mystery of the Zhouyi.

4. "The Great Biography of Zhouyi"

Confucius was published. As a book of interpretation and interpretation of "Zhouyi", it can be described as unique and unparalleled. A total of ten articles, such as "Xi Ci", "Classical Chinese", "Preface Gua Biography", etc., are known as Ten Wings in history.

"Preface Gua Zhuan" is one of the ten chapters of "Zhou Yi Da Zhuan", explaining the sequence of the sixty-four hexagrams and clarifying The first hexagram enlightens the next hexagram, and the meaning of each hexagram in sequence. The order of the arrangement is through heaven and earth, and human relations, full of philosophical debate and wisdom. Its rigorous structure and meticulous logic are breathtaking. Even its name is completely irreplaceable.

In the process of researching the book for more than 20 years, Mr. Zhang Yizhi has read the related historical books of the Book of Changes, and has concentrated on his insights. He put forward that "the sixty-four hexagrams themselves contain huge secrets and wisdom." It advocates insight into its thoughts and wisdom through sixty-four hexagrams.

Principle: According to the five-element mathematics of the name, the development trend of the character's destiny can be predicted through the restraint of the five elements and the meaning of the number itself.

Differences from the five-section method:

1. Five grid section methodUsing only auspicious numbers instead of fierce numbers violates the dialectical principle of Yin and Yang in the Book of Changes.

One refers to name prediction, which uses the name of a person to predict a person’s life information, including: career, school, marriage, relationship, illness and disaster, etc., and can even predict the prosperity and decline of fortune in different fleeting years. What happened etc.

2. The concept of the celestial sphere

3. The four o'clock operations in spring, summer, autumn and winter

4. The ecliptic and the celestial equator

1. The derivation of gossip and the phenomena of all things

5 , The concept of the twelve earthly branches

2. Compass Principle and use

6. The method to determine the five elements of the floor: bamboo joints through the roof

Talk about the Dayi

Talk about the Dayi is a series of lectures recorded by teacher Zhang Yizhi, the main content is the Yijing Basic knowledge and principles behind it. Each short film tells a topic, which aims to explain the principles of the professional knowledge of I Ching concisely and thoroughly.

"Easy World" is a wonderful video of teacher Zhang Yizhi giving lectures in universities and educational institutions across the country. Video clips include Sixty-Four Trigrams of Wisdom, Feng Shui and Name Prediction