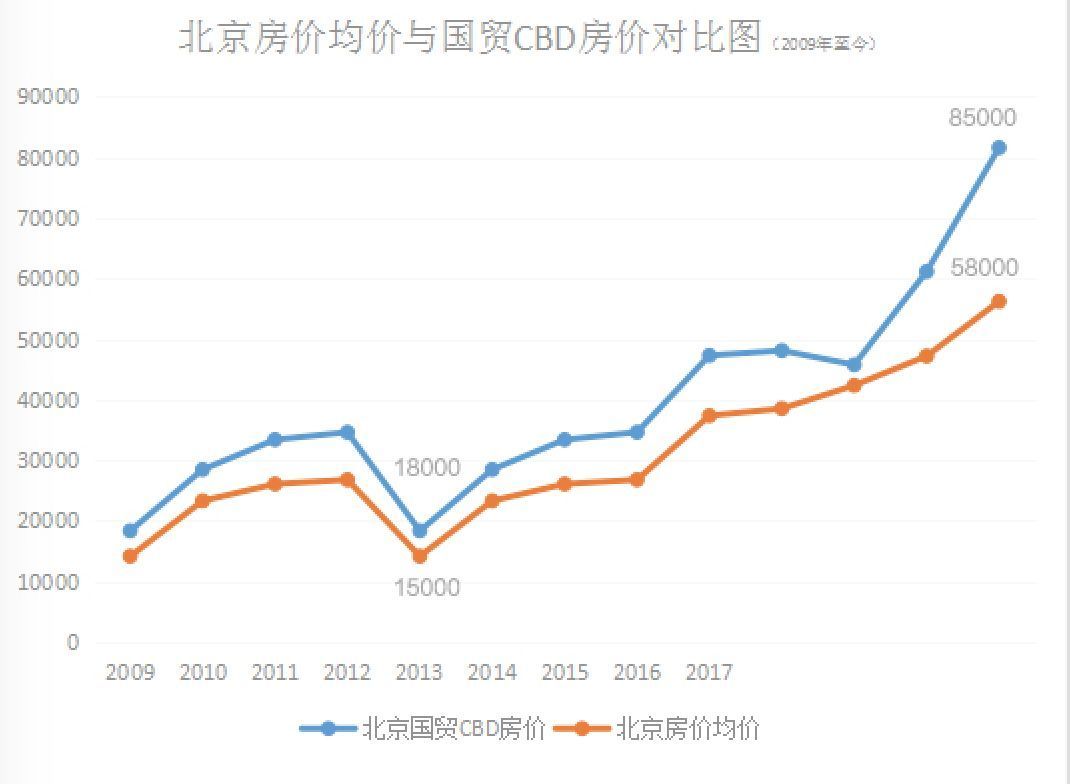 Shanghai Lujiazui is the first central business district built in China since the reform and opening up. It is the headquarters of many multinational banks in China and East Asia. One of the influential financial centers, the myth of "CBD high housing prices" is also staged here. Since 2009, the housing price of Lujiazui CBD continued to be higher than the average price of Shanghai’s housing prices. Since 2015, the price gap has widened to 25,000 yuan per square meter.

In 2018, the peak of Lujiazui's residential buildings exceeded the 200,000/㎡ mark. The tenants who started in the early stage have already doubled their assets tenfold and made a lot of money. 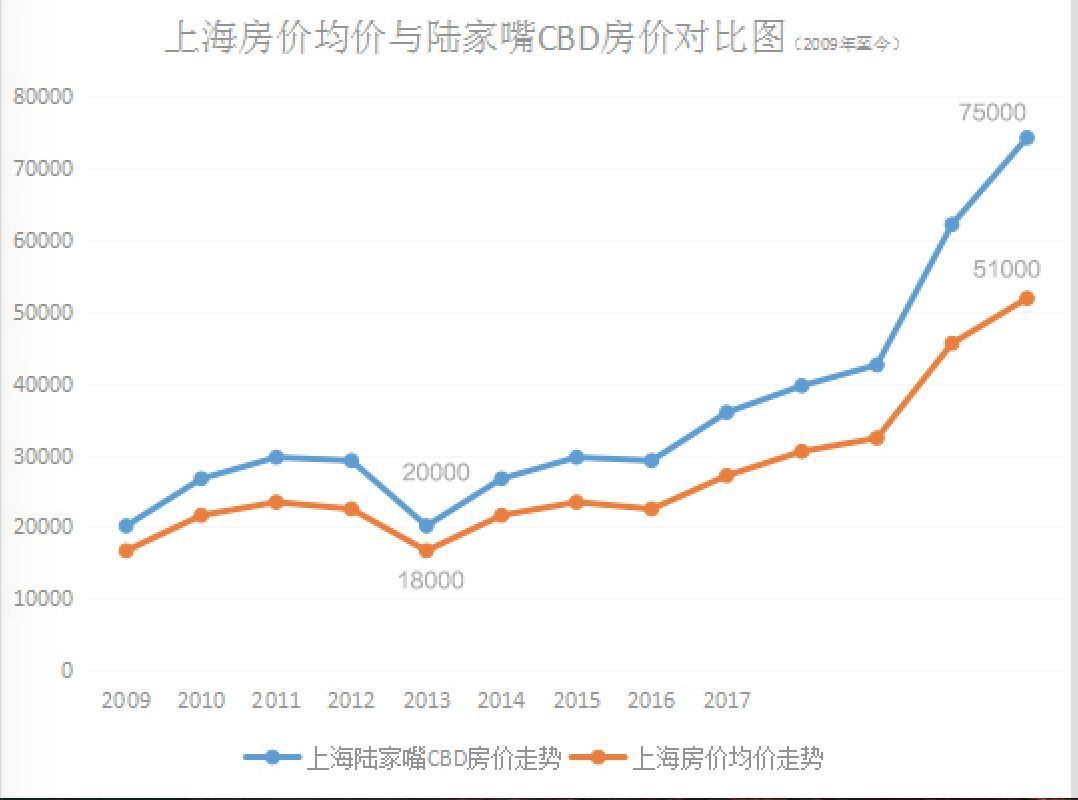 Jinan CBD is built in the city

Shandong Province is China’s third largest economy and second most populous province. It is a pioneer in the transformation of old and new kinetic energy in the country. Jinan's identity is the capital city of a strong province in the country, representing the image and level of Shandong. It is not enough to rely solely on the old scenic spots such as Baotu Spring and Daming Lake. There is an urgent need for evidence that can represent the reform and development results of the eastern provinces. There is no doubt that the Central Business District has played this role.

Jinan CBD came into being under the strong background of revitalizing the province’s economy and the government’s grand plan. It occupies a cultural and museum area with an area of ​​approximately 2.3 square kilometers. It is committed to building a

capital center, scientific and technological innovation Jinan CBD, which integrates center, communication center, and cultural center, is as high as the Beijing CBD and Manhattan in New York.

According to Jinan’s 2017 Annual Communiqué,

the city’s permanent population of 7,321,200 people, compared to 2016 The annual growth rate of 7,233,100 people was 1.22%. Obviously, with the opening up of the second-child policy, the government's introduction of talents, and the strategic decision of Jinan's strong provincial capital location to attract a large number of migrants, the city's population is doubling. According to government disclosures: in the future, more than 20 provincial-level financial headquarters will settle in, and the region may create 160 billion yuan in GDP, 20 billion yuan in tax revenue, and nearly 100 high-rise buildings within 10 square kilometers, 20 million square meters of high-end The carrier is put into use, and the daily average passenger flow is expected to reach 500,000 people/time. By then,

Jinan will become a window to the outside world, and it will also be the most prosperous economy and the most dynamic place in the city.

Giants grab the beach in CBD

CBD has unlimited potential and scarce land. After dozens of rounds of land auctions, it finally attracts investment Seven major brand developers, Longfor, Vanke, Yanlord, Greenland, Fosun, and China Resources Land successfully entered. According to government planning, CBD is mainly used for commercial development, and residential development land is very small, accounting for only 35% of the entire CBD area. Seven major developers have developed a total of 8203 residential units in the

CBD, with only 5051 units left in inventory. Based on the calculation of 7.32 million in Jinan, it is equivalent to 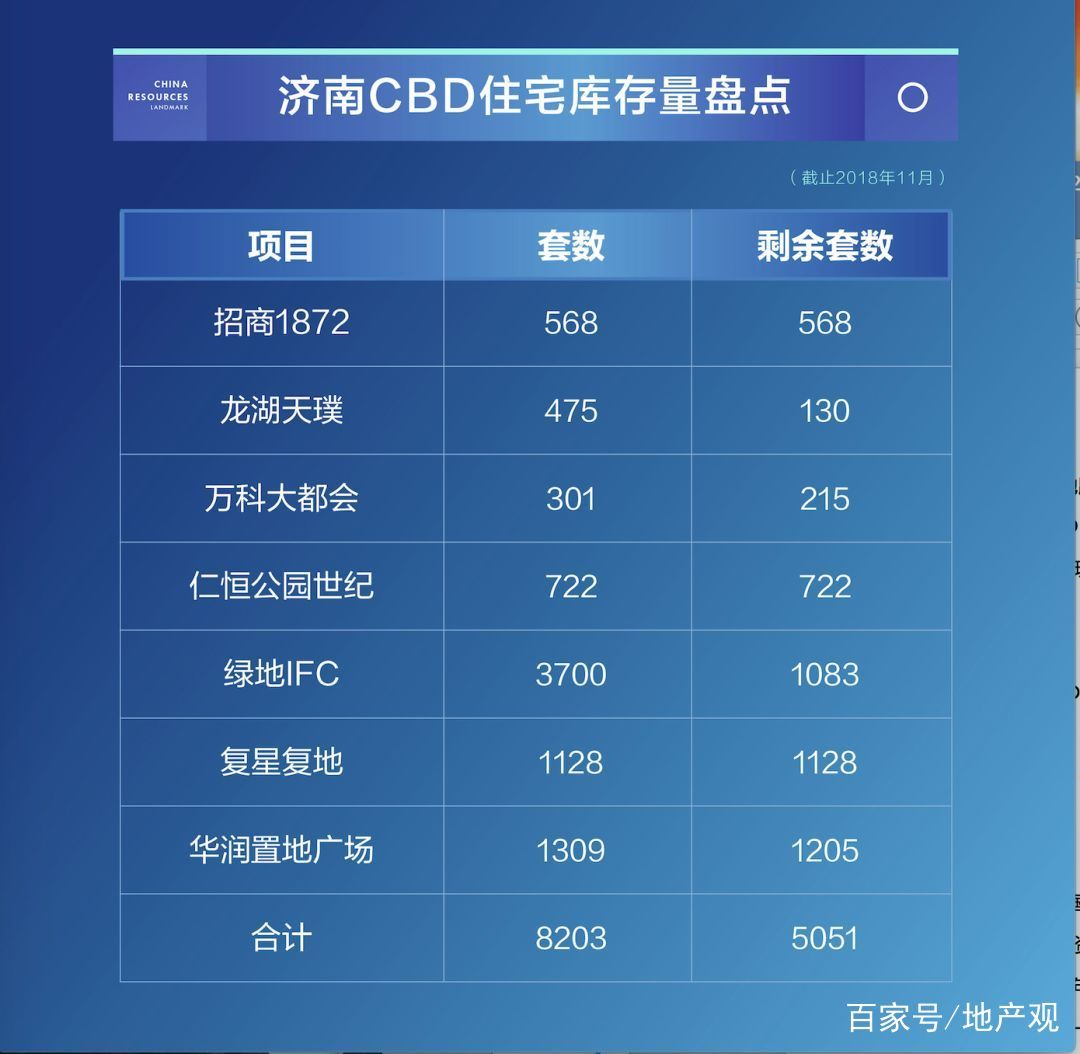 In the entire CBD area of ​​more than 8,000 houses, more than 6,000 houses are well-decorated and the same Style and decoration quality may be unsatisfactory for modern people who are pursuing themselves, but CBD rough houses only account for 40% of the total CBD listings. It is also an unchangeable fact, which virtually increases the presence of elites in the CBD. The difficulty of entering the exclusive quality of life.

The scarcity of residential land in CBD and the unique advantages of the location make the first-hand residential value difficult to be replaced, and the future is even more exotic. It is also destined that

the owner of CR Land Kunlun Royal will surpass most people and become a true urban elite. 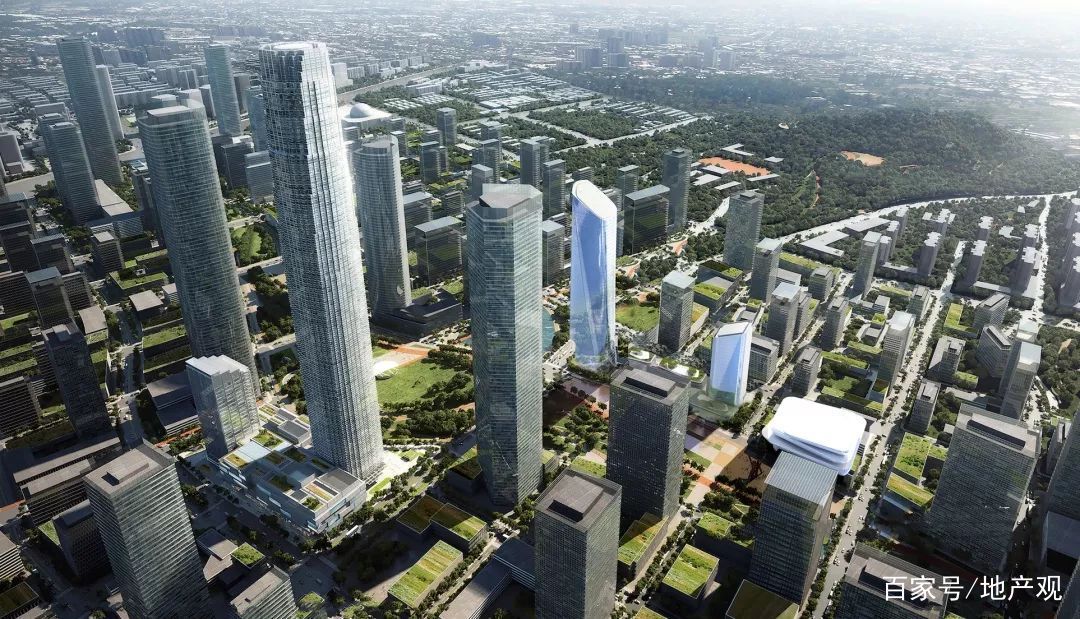 Kunlun Yu was built by a 80-year-old red state-owned enterprise, and the brand is more trusted.

It occupies the core of the CBD and owns the only art theater in the region. Excellent domestic and foreign works such as dramas and musicals are shown in turn. It is a cultural palace that cultivates artistic sentiment and harvests spiritual growth.

The international school can be reached in 5 minutes, the 100,000 square meters of commercial prosperity can be enjoyed downstairs, and the double subway can reach the whole city at any time... The out-of-print area is blessed with complete supporting facilities and advantages adequate. Kunlun Yu also has unparalleled advantages in natural resources,

adjacent to Wuding Maoling Mountain, Silk Belt Park, Guishan Park deep, and community parks linger. A 270° view of the mountains and a panoramic view of the whole ecological prosperity of the CBD. This is the only area in the CBD, which increases the appreciation space of the project.

In addition, the average price of Jinan CBD residential houses has been hovering around

30,000 yuan/㎡, and high housing prices are the primary factor affecting the admission of home buyers. However, due to the late acquisition of land by China Resources Land, Kunlun Yu was subject to government price restrictions, and the average price was as low as 23,000 yuan/㎡. With the passage of time, the development of CBD has become more mature, and the opportunities for admission are dwindling. The prospect of Kunlun Yu's appreciation is unlimited.

From the world to China, from Beijing to In Jinan, CBD high-quality housing has always been a scarce product, and the humanistic housing with the advantages of CBD is even rarer.

China Resources Land Kunlun Yuen can be called a "diamond-level" residence in terms of comfort and investment premium. It is a smart person to seize the opportunity and enter the market in time. 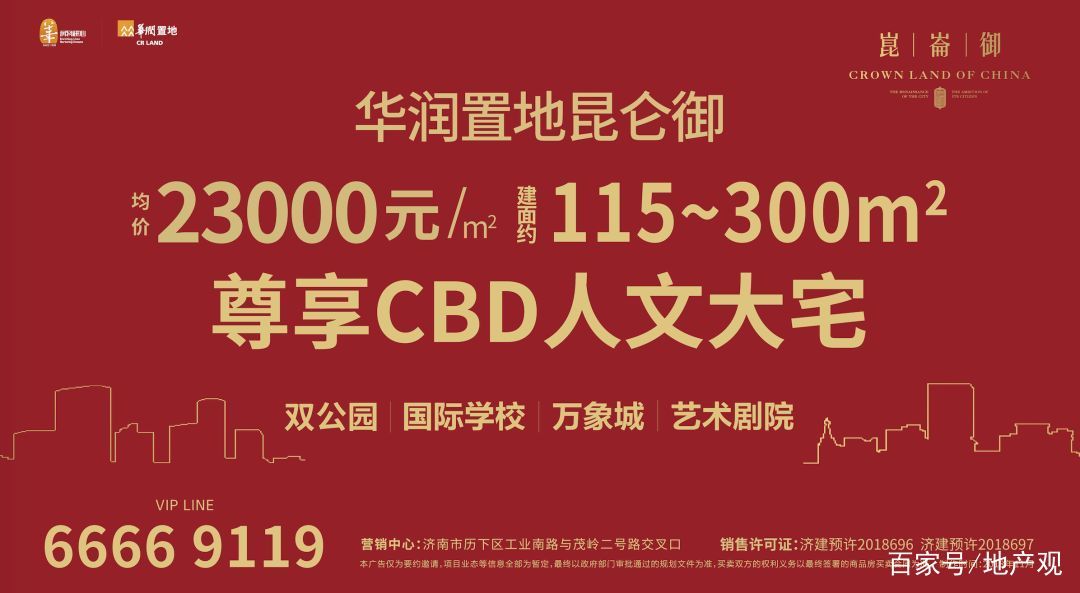